Not a parody: Students at an ultra-liberal Ohio college are in an uproar over the fried chicken, sushi and Vietnamese sandwiches served in the school cafeterias, complaining the dishes are “insensitive” and “culturally inappropriate.”

Via comment by Central Alabamaian After Outrage Over Curriculum Using Muslim Stateme...


Gastronomically correct students at Oberlin College — alma mater of Lena Dunham — are filling the school newspaper with complaints and demanding meetings with campus dining officials and even the college president.

General Tso’s chicken was made with steamed chicken instead of fried — which is not authentically Chinese, and simply “weird,” one student bellyached in the Oberlin Review.

Others were up in arms over banh mi Vietnamese sandwiches served with coleslaw instead of pickled vegetables, and on ciabatta bread, rather than the traditional French baguette.

“It was ridiculous,” gripes Diep Nguyen, a freshman who is a Vietnam native. (A disgrace to the Vietnamese race.)

Back To The Future: The Legacy Of Abraham Lincoln 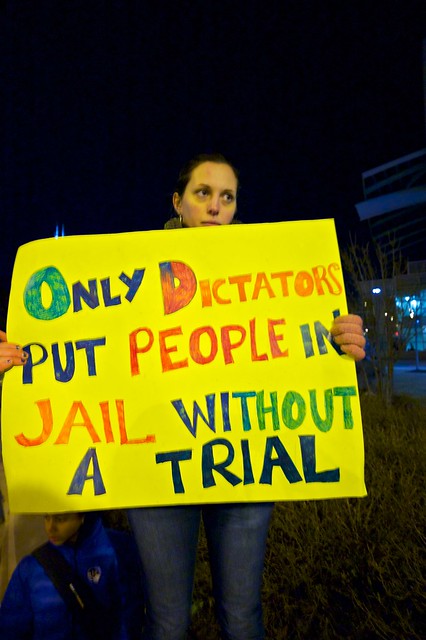 A President of the United States would never operate outside the law, ignore the U.S. Constitution and the courts, shut down the presses, imprison his domestic adversaries or turn his guns on his own people. Well, Abraham Lincoln, the 16th president did of all of that and, curiously, has been turned into a national hero for his troubles. Lincoln ignored his closest advisors and the temper of the times to engage in the bloodiest war in American history, a war that could easily have been avoided. Single handedly Lincoln terrorized the entire nation. So let us take notice. What happened once could happen again.

Via David: I guess the editors don't like Conservatives 'hitting back twice as hard'. It must ruin
all their fun and diminish their acclaim from their fellow travelers."

Well, if Shrillary Rotten Clinton had not had a PRIVATE EMAIL SERVER that was specifically designed to evade FOIA requests, had followed the law, and not lied while violating numerous federal laws, the GOP wouldn't have to keep probing.

If PP didn't FIGHT a GOP attempt to get birth control pills made into over-the- counter medication, so as to maintain the need for a billable visit to a PP facility...

But let's apply "Liberal Logic" (There's an oxymoron) to such things as gun control,
the Syrian refugees, and other things.

Despite the fact that Americans are increasingly opposed to gun control, the Left pursues it relentlessly.  Despite the fact that Americans do not want these refugees with potential ISIS infiltration agents here, not to mention the fact that in EVERY OTHER COUNTRY where large numbers of Muslim immigrants have settled, crimes like robbery, assault, rape, arson, and even murder have skyrocketed.  Failing to learn from the examples of others, Leftists want future votes.  That's all that matters to them.  NOT rapes, NOT crime, NOT murders.

Let us, indeed, discuss the outright fraud that is "climate change". Sea levels are rising at rates consistent with centuries prior; they are not accelerating.  Both arctic and antarctic ice are approaching decadal highs.

Global temperatures have not changed in almost two decades, invalidating the climate models as accurate representations to a 95% confidence level. Extreme weather events, cited as "proof", can be found from historical records of hundreds of years ago - to thoughtful people, this eliminates these from being considered extreme.

And the "hottest year on record" - by a whopping one hundredth of a degree, was obtained by NASA and NOAA committing massive fraud by altering historical data to artificially cool the past.

Truth does not need critics silenced, even charged and convicted as some climatistas have pushed.  True scientists welcome skeptics and competing theories and they don't conspire to silence dissenters.

Ultimately, "climate change" fails the basic tests of science, such as:

1. Unlike a REAL SCIENCE CC data and analysis methods are not openly shared for
independent verification.

2. Unlike a REAL SCIENCE Warmists believe models are better than actual data measurements.

3. Unlike a REAL SCIENCE Warmists discard inconvenient data if they don't fit the desired curves.

I could go on, but a discussion of REAL SCIENCE is subtle and nuanced, and requires an open mind.

The new HUD rule is really about changing the way Americans live. It is part of a broader suite of initiatives designed to block suburban development, press Americans into hyper-dense cities, and force us out of our cars. Government-mandated ethnic and racial diversification plays a role in this scheme, yet the broader goal is forced “economic integration.”

The ultimate vision is to make all neighborhoods more or less alike, turning traditional cities into ultra-dense Manhattans, while making suburbs look more like cities do now. In this centrally-planned utopia, steadily increasing numbers will live cheek-by-jowl in “stack and pack” high-rises close to public transportation, while automobiles fall into relative disuse.

Donald Trump: First Thing I’d Do Is Get Rid of Obama’s Illegal Amnesty Executive Order That Says “Come On In”


We’re gonna bring our jobs back. We’re going to strengthen our military… One of the first things I’m gonna do is get rid of this executive order that Obama says, “Just come on in” through our southern border… I will knock out that executive order so fast your head will spin.

Augusta County Public Schools on Thursday posted this message on its website: 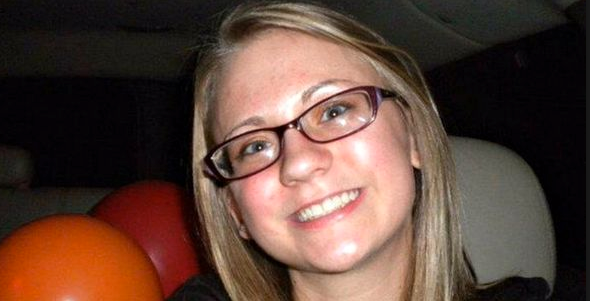 You are known by the company you keep. 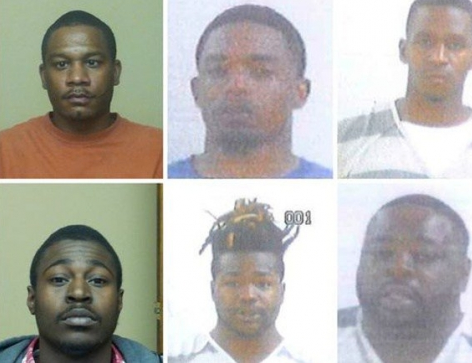 The investigation into the murder of a 19-year-old Mississippi teen who was doused with gasoline and burned alive, has resulted in the arrests of 17 suspected gang members between the ages of 18 and 40, though none are charged in her death, reports The Clarion-Ledger.

The FBI says the men have been charged in north Mississippi as a part of a major operation called “Operation Bite Back.”

The suspects have been charged with a variety of crimes, from child endangerment and sales of narcotics to possession of stolen firearms and possession of counterfeit money, Fox News reported.

“It’s taken eight or nine months, if not a little longer, to get to this point,” Panola County District Attorney John Champion said, in the Clarion-Ledger. “And this is not over by any stretch of the imagination.”

The decision to refer the case of Sergeant Bowe Bergdahl to a general court martial on charges of desertion by Gen. Robert B. Abrams, the head of Army Forces Command at Ft. Bragg, N.C., shows there remains at least one general not cowed by President Obama’s purge of command officers deemed insufficiently subservient to his policies of appeasement and unilateral disarmament. 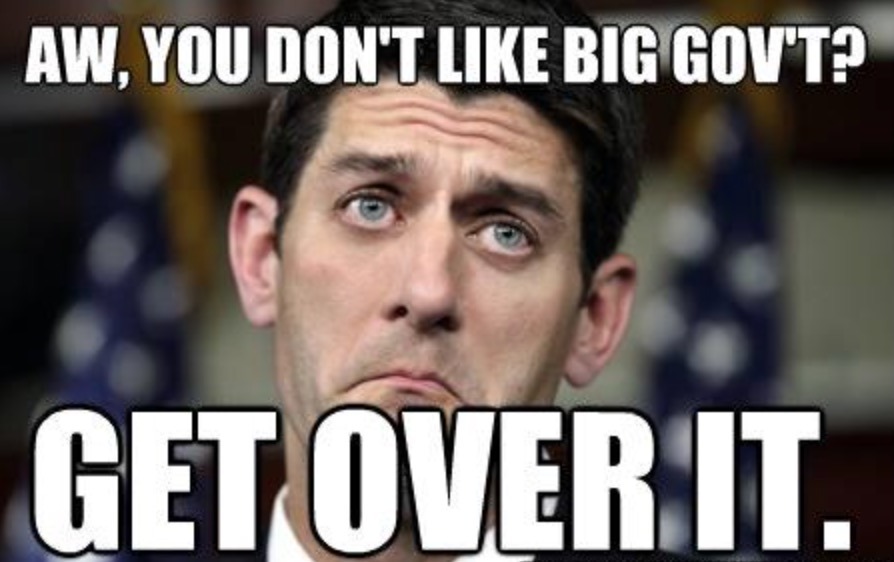 Just don't call him a RINO. It makes no sense. The average Congressional Republican is exactly like Paul Ryan and John Boehner. . . spineless with no sense of integrity nor fealty to the Constitution. CINO, Conservative In Name Only."

Joined by 123-co-sponsors in the House of Representatives, U.S. Congressman David N. Cicilline (D-RI) introduced the Assault Weapons Ban of 2015 to prohibit the sale, transfer, production and importation of many widely popular and commonly owned rifles, shotguns and handguns.

Despite the fact that these weapons are rarely used in the commission of crimes, Cicilline, and his Democratic cohorts believe that the ban is a key component to reducing gun-related violence.

"Let Them Fly There Now": Putin Threatens To Shoot Down Turkish Jets In Syria, Calls Erdogan An Ass Kisser

Stock  improperly placed.
It’s been nearly a month since Turkey shot down a Russian Su-24 in what not only represented the most serious escalation to date in Syria’s five year conflict but also marked the first time a NATO member has engaged a Russian or Soviet aircraft in at least six decades.

The “incident” - which came several weeks after Ankara downed what certainly appeared to be a Russian drone - infuriated The Kremlin, setting off a war of words that culminated in a lengthy presentation by the Russian MoD which purported to prove that illicit Islamic State oil flows through Turkey. Both Putin and a number of other Russian officials have implicated Erdogan and his family in the trafficking of illegal crude and there’s speculation that Ankara’s brazen move to fire on the Russian warplane stemmed from Erdogan’s desire to “punish” Russia for disrupting what Deputy Minister of Defence Anatoly Antonov sarcastically called “a brilliant family business.”

As for the Russian foreign ministry, Sergei Lavrov canceled a planned trip to Turkey and Maria Zakharova went so far as to reference Turkey’s infamous political blogger Fuat Avni (a pseudonym) on the way to suggesting that Ankara had been planning to shoot down a Russian fighter jet for at least a month.

In an effort to ensure that the downing of a Russian warplane in Syria was a “one and done” event, Moscow deployed the Moskva off the coast of Latakia and sent in the S-400 air defense systems (which were rumored to have already been in place)