The Harvard Law Review has published a proposal for supposedly enhancing a better democracy than that which the Federal (not really) government now oversees. The proposal has no official name but is born, it would appear, from the same milieu as the French Revolution i.e, power to the people—that is, the mob. Harvard Review proposes what effectively amounts to a national state-led by mob leaders in Washington.

This new arrangement would give the magnificent morons in the current national capital control of everyone else from sea to shining sea. Government of and by New York City law and California morality. America the Beautiful.  A modern French Revolution. Heads would roll. A Robespierre delight.

"This is aimed at my teen aged grand kids, who have scant exposure to any religion." 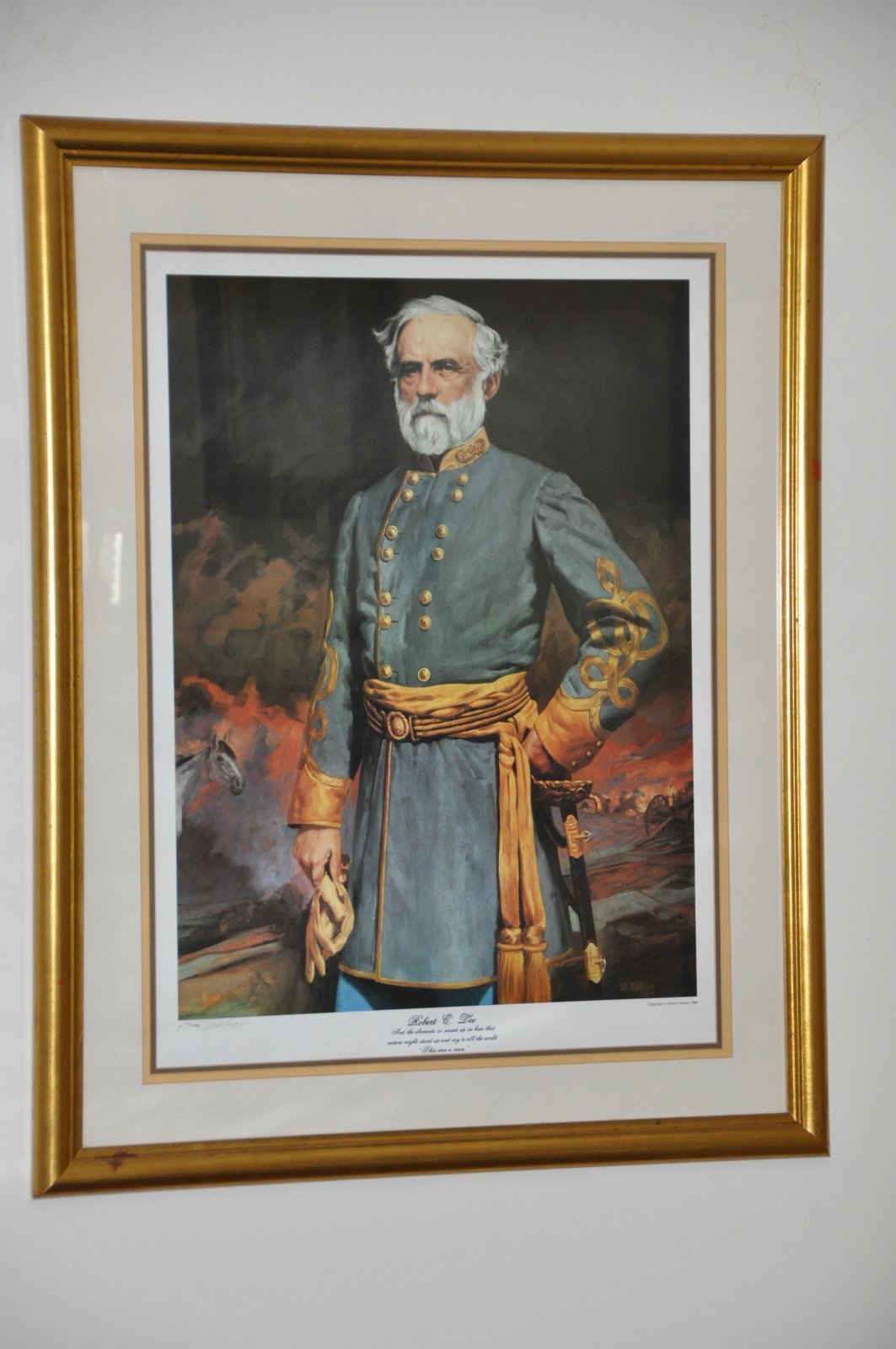 Lee The Man Of Honor

"The forbearing use of power does not only form a touchstone, but the manner in which an individual enjoys certain advantages over others is a test of a true gentleman.

The power which the strong have over the weak, the employer over the employed, the educated over the unlettered, the experienced over the confiding, even the clever over the silly-the forbearing or inoffensive use of all this power or authority, or a total abstinence from it when the case admits it, will show the gentleman in a plain light.

A true man of honor feels humbled himself when he cannot help humbling others."

There was a time when a Gentleman's word was his bond.  Honor was a demanding Mistress and 'Death before Dishonor' was more than just a lame ass tatoo.  It was a way of life.  People actually made that choice.  To stand at Lexington and Concord; To ride against the Russian guns at Balaclava; to hold the works at Petersburg against Grant's hordes . . . to refuse Islam, to face alone, the power of the King, people 'did the right thing'.  Some, a few now, still do choose the honorable way, regardless of cost.

Honor is personal.  It is your conscience that drives you to return the found money, to not lie when you could, to leave your card on the damaged vehicle, whatever, it's YOUR honor you serve.  No great crowd rises in the stands to cheer your decision.  None but you even know.  But YOU do know.
And you know that you, personally, will never live down the wrong choice.

What's so bad about a lot of bad choices, is the collateral damage.  Other people having to pay, and too often, pay a very high price, for my failure.

That's the stuff of nightmares.  Often times a snap decision will prove to be the wrong one . . . most of the time, that can't be helped and that's not what this is about.  In battle, say, sending Yamello over to the right to get fire on the enemy from that side, gets him killed.  It's to his honor that he goes. OK, somebody had to try, and his luck ran out.  That's a shame but it's not what this is about.  When you have time to consider your motives, your intentions, your responsibility and you choose to go ahead, knowing it's wrong, and dodge the consequences.  You lie; you pretend not to know; you cover your ass, you hide from reality.  That's what this is about.

You lie, maybe about something unimportant to you.  Lies, like bullets, cannot be recalled.  Once you lie, you're a liar. Period.  Once people figure out you're a liar, they'll never trust you or believe you again.  Your honor is gone.  Say you ran over somebody's dog.  Just a dog, right?  Wrong.  You don't
care about dogs, but other people do, and so, the 'worth' of that dog is not for you to measure.  It is the loss to the his owner that matters.  When asked, you lie.  Not knowing half dozen people saw you hit the dog, you lie.  Even if no one saw it, a lie is a lie, and a lie cannot be erased.  Ever.

Most people today don't believe in God.  Doesn't matter if they do or not.  God's still out there and He knows His people.  He has a plan for those non-believers.  He doesn't lose sleep over them.  God laid down His rules for living His way.  Follow them, or not.  Your choice. You have that chance. Guess wrong and that chance is gone . . . poof . . . like dust in a sunbeam, gone.  He is merciful, though, and so, you can change your mind.  Never too late until it is too late.  God demands honesty.  You cannot bullshit God.  He knows your heart, and pays little mind to what your mouth says.


The impeachment trial of Donald J. Trump is coming down to one big question: Will Democrats, by crying wolf, drown out the more legitimate Republican cry of foul?

“Foul” has served as the GOP’s most powerful and honest argument from the first days of these impeachment maneuverings. Democrats broke every standard of due process, transparency and fairness in their House investigation, making a mockery of their constitutional duty.
Story


I was scheduled to leave for Vietnam today at 7PM but thought better of it when I checked the visa service in Vietnam. I would be given a medical card to fill out once aboard China Airlines; however with the virus information so fluid, I canceled since it would just be my luck to get to Saigon after a 24 hour flight and be rejected. :(
Posted by Brock Townsend at Friday, January 31, 2020 No comments:

For My Mother
Posted by Brock Townsend at Friday, January 31, 2020 2 comments:

Posted by Brock Townsend at Friday, January 31, 2020 No comments: