One would think that the united States intelligence services would know this kind of stuff, along with the elites supporting the same criminals involved and actually bring justice against those funding these thugs.  Actually, maybe they do have it and they are just looking the other way to implement the agenda of their masters.  In either case, it’s important that the people know exactly which companies are supporting these criminals that are not protesting, but engaged in insurrection and crimes against the people in the US.

Coming soon to our nation?

This crap is really the ultra-rich using idiots, from the left and right, doesn’t make a diff to me, they’re just tools, to bring back feudalism. It always was Marx’s real aim. Will we go thru another 1,500 years of minor kings and serfs with their knights keeping us barefoot and stupid? I don’t think that will happen. What Gates, Soros, Rothschild, Rockefeller and all the other jackasses with too much money try to do, I don’t think they’ll succeed.

The same day, I received a mass email from Jee Leong Koh, a Singaporean poet living in Harlem. In an 800-word statement about the ongoing protest, riot and looting, there’s this passage:

The Systemic Collapse of the US Society Has Begun

I have lived in the United States for a total of 24 years and I have witnessed many crises over this long period, but what is taking place today is truly unique and much more serious than any previous crisis I can recall. And to explain my point, I would like to begin by saying what I believe the riots we are seeing taking place in hundreds of US cities are not about. They are not about:
They are not about any of these because they encompass all of these issues, and more.

More @ The Unz Review
Posted by Brock Townsend at Saturday, June 06, 2020 No comments: 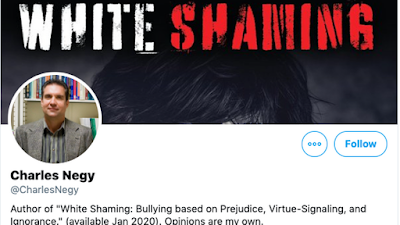 This is a major question that no one has even dared to ask or wonder..Why was George Floyd’s funeral allowed to break the rules of Covid19? The interesting thing is that all the families who had people that died of Covid19 were not allowed to have a funeral due to all the restrictions.. This is a shameful truth that is taking place in America…

Why was George Floyd more important than all those who perished from the virus? Covid19 was major headlines until everything took a wrong turn during a police encounter which resulted in murder which was allowed to be watched by tons of people on YouTube. It’s because it fits the perfect narrative of the elite which was played out many times before just to lead up to the destruction on America which is taking place right now!

Many families had to be absence when there loved ones were being held hostage by the Hospitals due to Coronavirus, They had to be buried 6ft under without any family support or last goodbyes which should be in violation of a persons natural born rights in any country across the globe.

So all I ask is for you to realize that a major psyop is happening right now; and it’s manipulating the people who are making wrong decisions to further the goal of the New World Order which will only make the world a more evil and dangerous place than ever before..

So I will do another post about this topic; Why was George Floyds casket closed? Makes me wonder what is even real? Don’t forget the elite are evil people who will fake events and murder people for an agenda that will further their goals. This is just another psyop.

Thirteen million dollars to the family for a known violent criminal. Everything is back-ass backwards.


On D-Day, everything everyone fought for, white, black, asian, native or hispanic has been overshadowed by the forces of communism using social justice as a cause. The one undeniable fact, if they are bothering to deny it, is that all of the damage done has been done in cities run by communist Democrats. Most of the black lives lost have been lost in communist democrat-run cities by police forces under their control, acting (it would be logical to conclude) under their direction. In Chicago, long run by communists (whether they admit it or not) black lives are cast away by the dozens and there are no protests for those black lives. If black lives truly mattered to these governors and mayors, they would not use them to their political advantage. They allow shootings to go on every day in order to get gun control legislation. They use it as an excuse, but those young black lives are lost and these mayors turn their backs, because they are benefiting politically. These same mayors can't stand people protesting to feed their families, run their businesses and make a living, but when their communist political allies, Antifa and BLM protest, the mayors protect them, let them out of jail as soon as they are arrested, the police are told to stand down. If the people want control of their cities, they have to start by ridding themselves of the communists in city, state and county governments.

The Days of Yore

I write in the language of the people, of the time, of the place.  If any find that offensive, they have a 'Delete' button

It will be noted I use the term 'boys' often enough.  'Boys' is a legitimate word in common usage in the time and place, and in the manner used.  It is a term of friendly familiarity, comradeship, fellow feeling, brotherhood.  It doesn't derogate anyone.

I feel foolish even having to explain this.

The foul, ugly, vile language in common usage today, in public, on TV, in 'entertainment' was unknown in my youth.  No one spoke the 'Mutha' word.  No one.  My experience includes daily contact with the roughest sorts of men, field hands, laborers, seamen and soldiers; Black, White, and Brown.  No one used such trash talk.  My experience ranged from Southern California to north of Boston, San Diego to Swampscott.  I cleaned gas station rest rooms, never any such garbage on the walls.

The sluttieness of today was totally unknown.  Women and girls were respectable and respected for it.  Bikinis were not unknown, but thongs weren't even thought of.  Girls didn't chug pitchers, didn't puke all over themselves, and certainly didn't embarrass sailors with their language.  People were people and blood got hot then, as it does today.  Things happened and arrangements had to be made, not to murder innocent babies, but to outplace them if necessary.  Many girls elected to keep the child and do the best she could.  And God love 'em, they did.  Tough life, their choice. Brave, heroic for them to do so.  Some had no help or support from their families.  Perpetual shame on those parents for their selfishness.  Even then we thought it cruel to abandon a girl 'in trouble'.
Posted by Brock Townsend at Saturday, June 06, 2020 2 comments: