A federal appeals court said this week that Mississippi can enforce a law allowing private citizens, merchants and federal employees to deny services to lesbian, gay, bisexual or transgender individuals on religious grounds.

The three-judge panel on the 5th U.S. Circuit Court of Appeals issued the decision overturning a previous decision blocking enforcement of the law, the Protecting Freedom of Conscience from Government Discrimination Act, according to reports.

The law was signed by Gov. Phil Bryant (R) in 2016. The plaintiffs immediately appealed the ruling, and lawyers say that enforcement will remain blocked during the appeals process.

Thursday’s decision stated that the plaintiffs challenging the act had no standing before the law because it had not affected or injured them, and the panel did not rule on the constitutionality of the law.

Trump questions why Obama allegedly did 'nothing' about Russia hacking, in Fox interview


President Trump criticized his predecessor for allegedly doing “nothing” about reports that Russia interfered in last year’s presidential campaign, in a recent interview.

“I just heard today for the first time that (former President) Obama knew about Russia a long time before the election, and he did nothing about it,” Trump said in the interview set to air Sunday on “Fox & Friends Weekend.” “The CIA gave him information on Russia a long time before the election. … If he had the information, why didn't he do something about it?”

CIA chief: Trump is an ‘avid consumer’ of intelligence The head of the CIA on Saturday pushed back on accusations the U.S. is not doing enough regarding Russia’s attempts to interfere in elections. CIA Director Mike Pomepo also said President Trump is an “avid consumer” of intelligence reports.

“I cannot imagine a statement that is any more false than one that would attribute President Trump of not being interested in the intelligence community. He is an avid consumer of the products the CIA provides,” Pompeo said in an interview with Hugh Hewitt that aired Saturday on MSNBC.
“I’m with the president nearly every day,” Pompeo said. According to the CIA chief, he has at least 35 minutes regularly on Trump’s calendar and the meetings usually run long. He said his predecessor managed his reports to former President Obama “differently” and rarely met with the former president.
“President Trump is incredibly demanding of the intelligence community, asks incredibly difficult questions,” according to Pompeo.
More with video @ The Hill
Posted by Brock Townsend at Saturday, June 24, 2017 No comments:

NC The Hammock House: In 1862 3 Yankee Officers Disappeared until 1915


The citizens of Beaufort discovered that, during the night, Union forces had claimed control of their town. Three Union officers came upon the now-abandoned mansion and thought it would make a good outpost. They were sent to inspect the house and promptly disappeared without a trace. It wasn’t until 1915, nearly forty years later, that workmen digging near the back porch discovered their remains.


Beaufort, North Carolina From the coast it can be seen, a landmark against the sea, guiding ships safely to port. Apart from its obvious historic significance, the large white house is unassuming, beautiful against the landscape, and inviting. But inside the house there are scars of the past, things that a coat of paint or simple repair can never wipe away. Screams heard in the night are only part of the tragic history in this house that seems to devour its tenants, leaving bone-chilling tales behind and bloodstains on the floor.


WikiLeakers founder Julian Assange on Saturday predicted the demise of the Democratic Party.
In a post online, shared by his Twitter account, Assange argued that the party has been "consumed" by "hysteria about Russia," something he called a "political dead end." It is upon this "narrative" that the "party's elite" attempts to keep a hold on power, he said.

"Without the 'We didn't lose, Russia won' narrative the party's elite and those who exist under its patronage would be purged for being electorally incompetent and ideologically passe," Assange said. 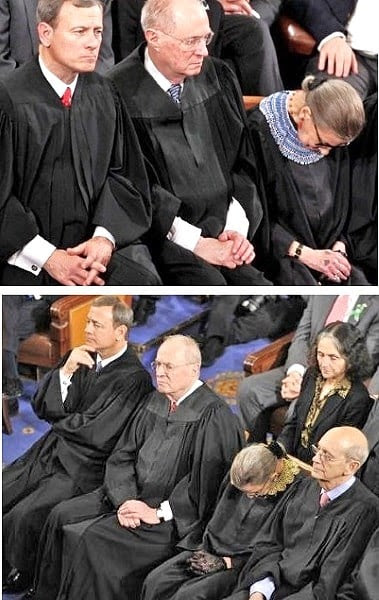 That’s the scuttlebutt among both liberal and conservative circles that has been escalating since last month.

In May, author/political consultant Roger Stone predicted Justice Kennedy will retire soon (see video), paving the way for President Trump to appoint his second SCOTUS judge after Neil Gorsuch, who took the bench in April.


Rep. Tom MacArthur got the call late on a Saturday night: President Trump would host a fundraiser for him the following weekend. By Friday, the New Jersey Republican had raised $825,000 for the event.

It's a staggering amount for a rank and file House member, even one with the New Jersey and New York donor communities to draw from. MacArthur said it totaled far more than he's ever raised before for a single event — and that it couldn't have happened without Trump, who hosted the June event at his private golf club in Bedminster, N.J.


An ice cream shop owner in Orangeburg, South Carolina, a majority black town, is unable to remove a Confederate flag that flies over his business, but is located on land he doesn't own.


In addition to retracting its story, CNN also apologized to Anthony Scaramucci, an adviser to Trump during the presidential campaign and a member of his transition team’s executive committee......

But by Friday night, the story was removed from CNN’s website and all links were scrubbed from the network’s social media accounts.

“That story did not meet CNN’s editorial standards and has been retracted,” CNN said in an editors note posted in place of the story. “Links to the story have been disabled.”

North Korea ‘willing to talk’ with US about nuclear moratorium 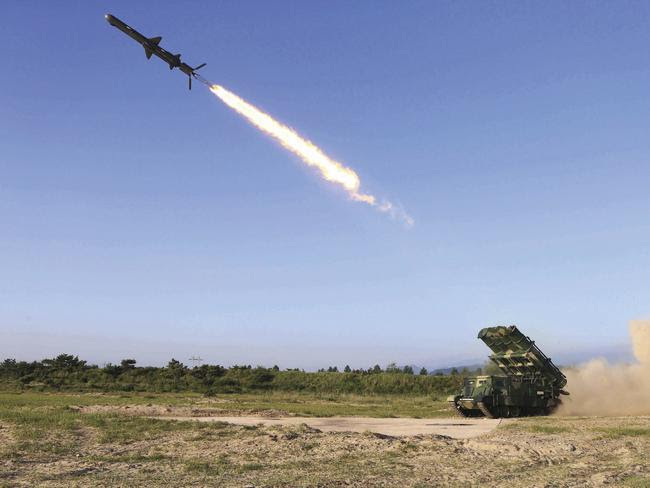 NORTH Korea has indicated it is open to a moratorium on its nuclear and ballistic missile testing, in unusually frank comments from one of the country’s ambassadors.

Tensions have been high between the US and the rogue state since American student Otto Warmbier died as a result of a catastrophic brain injury sustained while he was detained by North Korea.

But, the reclusive nation’s ambassador to India, Kye Chun Yong, has told Indian TV that it is prepared to halt its weapons testing program if the US stops its military exercises in the region.

‘Damning’: Former Obama admin official admits they ‘choked’ on Russia because they thought Hillary would win

A new report reveals that officials under former President Obama feel that the administration “choked” on handling Russia because of overconfidence in a Hillary Clinton election victory.

As the Obama White House debated how to act in response to intelligence that allegedly revealed Russia was interfering with the U.S. election in 2016, the administration reportedly was confident a Clinton win would end the issue, according to the Washington Post.

Trump-Russia collusion fades from the media headlines, but jump on Stein! 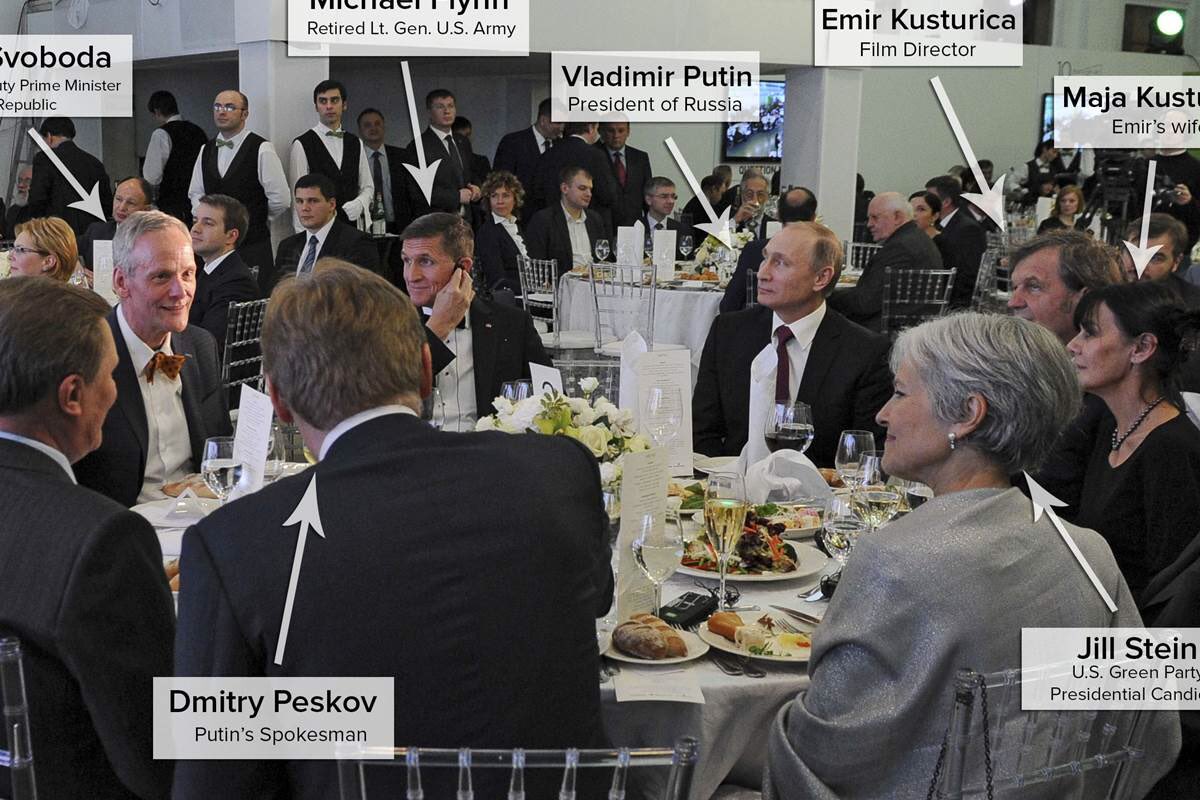 Jill Stein: Uproar over Moscow dinner photo is Democrats 'looking for someone to blame'

It's been eerily quiet on the Trump-Russia collusion front. Has anybody checked to see if Charles Blow still has a pulse?

On a near-daily basis for the past five months, the national media published "bombshell" after "bombshell," incrementally building a narrative that President Trump's 2016 campaign coordinated with the Russian government and that when the feds were onto him, Trump tried to throw them off by removing James Comey as director of the FBI.

But following Comey's anti-climactic testimony earlier this month, and the testimonies of other intelligence officials, the subject is very suddenly not so juicy.

Writing in the Washington Post on Tuesday, Katrina vanden Heuvel, editor of the far-left Nation magazine, accused the media of harboring a "myopic obsession with all things Russia" that amounts to "malpractice" in journalism.