Rep. Jim Jordan, R-Ohio, was adamant Sunday he would not accept an immigration bill dealing with both increased border security and a pathway for citizenship for so-called Dreamers, or immigrants who came to the U.S. illegally as children.

"I will support a package consistent with what the voters said," Jordan told "Fox News Sunday."

A US president born in 1790 has two living grandsons

***************************
American Statesmen like John Tyler were well-aware of the formation and character of the Union over which they presided. His belief was that sovereignty resided in the individual States, and not the federate Union. Additionally, he stresses that the Constitution was not ratified by a mass of people, but by people acting as individual and sovereign States. A clash between South Carolina and the federal government came when the former, acting through a State convention, declared the tariff laws of 1828 and 1832 unconstitutional, and therefore null and void. The following excerpts are from Tyler’s February 6, 1833 speech opposing Andrew Jackson’s plan to use force against South Carolina.
Bernhard Thuersam, www.Circa1865.com   The Great American Political Divide

The Federal government holds its “existence at the pleasure of these States.”

“They may strike you [the Federal government] out of existence by a word; demolish the Constitution, and scatter its fragments to the winds.”

The true state of the case is this: It is because I owe allegiance to the State of Virginia that I owe obedience to the laws of this federal government. My State requires me to render such obedience. She has entered into a compact, which, while it continues, is binding on all her people. So would it be if she had formed a treaty with a foreign power. I should be bound to obey the stipulations of such a treaty, because she willed it . . . it is because I owe allegiance there, that I owe obedience here . . .”

“I owe no responsibility, politically speaking, elsewhere than to my State.”

“A redress of grievances and not force is the proper remedy in this [Nullification] crisis. It is an argument of pride to say that the government should not yield while South Carolina is showing a spirit of revolt. It was just such an argument that was used against the American colonies by the British government . . . Civil war is imminent, and to prevent is a resort to force should be deprecated.”

But is it a bad mode of settling disputes to make soldiers your ambassadors, and to point to the halter and the gallows as your ultimatum.”

This was a comment by Mountain Forge, but he is unable to leave comments on my site as others have encountered as well, but when I tried to put it in comments it was too long, something he could have edited by himself if he had been able to leave the comment. So, I am posting it here, because I think he raises some good points and illustrates some of my on the previous post. 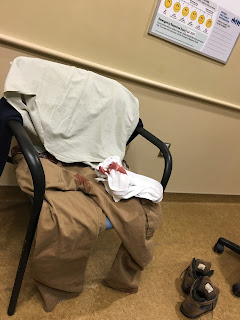 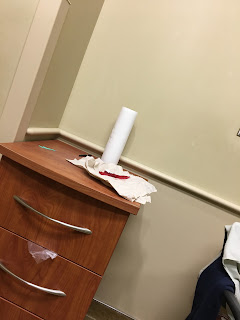 The last of six.
Clickable


I called the nurse's hot line to complain of instantaneous bleeding from the rectum which didn't stop. I was told that I  should probably go to the emergency room but needed to answer questions first.  Afterwards, was told to go to the clinic in one to two weeks......🙄  Can't make this stuff up. (Released in four hours, though told it would be 2 to 3 days. :)

GOP Rep Devin Nunes on His Next Memo.

Posted by Brock Townsend at Sunday, February 11, 2018 No comments:

Posted by Brock Townsend at Sunday, February 11, 2018 No comments: 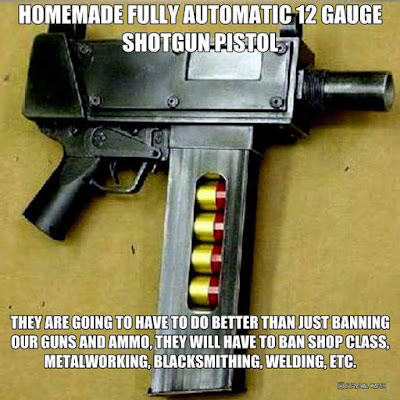 A recent column by Fox News contributor Jen Kerns, however, may have revealed the source of Messina's frustration. According to Kerns, new polling shows that Democrats have lost a recent 15-point lead over Republicans, dropping to only a 2-point lead heading toward the 2018 midterms.

During an appearance Friday on MSNBC’s “Morning Joe,” Messina spoke about the irrelevance of public polls so early in an election year, Mediaite reported.

Then he underscored the point to host Joe Scarborough.

Will the FISA memo turn into Obama's Watergate?

Forty-six years ago, a group of hamfisted burglars bungled the task of bugging the Democratic National Committee’s offices in the Watergate building in Washington D.C. Two years later, Richard Nixon resigned as president a result of the failed cover-up that ensued. Although Barack Obama is no longer president, the abuses that occurred within the FBI and Justice Department under his watch already have the potential to eclipse the Watergate scandal in their historic significance and damage done to American government.

​A Beltway adage ​has it that “it’s always the cover-up that’ll get you, not the original transgression.” Often, this proves to be true, especially in the case of Nixon, but even more recently, given the impeachment proceedings against Bill Clinton, which were over perjury and obstruction of justice, not actual abuse of power with a 22-year-old intern.

Via Do Lam Son

@ Charles Van Do
Posted by Brock Townsend at Sunday, February 11, 2018 No comments:

We need a full-blown investigation of how the FISA court came to grant warrants to spy on Carter Page. In a word, the Grassley-Graham memo is shocking. Yet, the press barely notices. Rest assured:
If a Republican administration had used unverifiable hearsay from a patently suspect agent of the Republican presidential candidate to gull the FISA court into granting a warrant to spy on an associate of the Democratic nominee’s campaign, it would be covered as the greatest political scandal in a half-century. Instead, it was the other way around.
More @ NRO
Posted by Brock Townsend at Sunday, February 11, 2018 No comments: