Posted by Brock Townsend at Thursday, February 12, 2015 2 comments: Links to this post

Ted Cruz introduces bill to leave marriage to the states

Sen. Ted Cruz (R-Texas) is calling on his colleagues to pass a bill that would make same sex marriage a state issue.

Cruz, along with 11 other Republican senators, re-introduced the State Marriage Defense Act on Tuesday, which aims to allow states to adopt their own definitions of marriage and would block the federal government from applying its own definition of marriage onto states.

“Even though the Supreme Court made clear in United States v. Windsor that the federal government should defer to state ‘choices about who may be married,’ the Obama Administration has disregarded state marriage laws enacted by democratically-elected legislatures to uphold traditional marriage,” Cruz said in a press release. 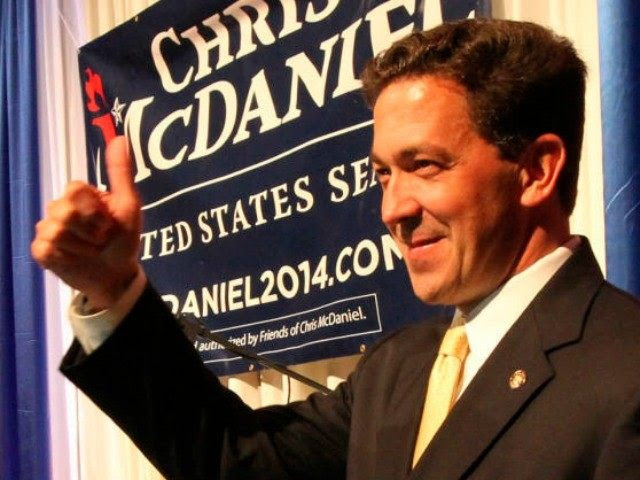 The Republican establishment in Mississippi must wish state Sen. Chris McDaniel was in Washington. Instead, he’s a conservative force in Jackson, and just helped lead the attack against some misleading legislation about Common Core.

“Basically, Common Core is gone if you pass this,” Carmichael said about his bill—according to the Jackson Clarion Ledger—while it was being considered in his old Education Committee, now chaired by state Sen. Gray Tollison.

But all the legislation really does, Mississippi Tea Party president Laura Van Overschelde explains, is create a task force that makes recommendations to the state Board of Education—recommendations that board can, and probably would, ignore.


More @ Breitbart
Posted by Brock Townsend at Thursday, February 12, 2015 No comments: Links to this post

U.S. Senator says millions of Americans are 'arming against the government'

United States Senator Chris Murphy (D-CT) has never seen a proposed new infringement on that which shall not be infringed that he hasn't liked, so it should come as no surprise that he is enthusiastically on board with a pair of bills recently introduced in Congress that would impose a five-year prison term for acquiring an 11-round magazine. S.407/H.R. 752, the "Large Capacity Ammunition Feeding Device Act of 2015," introduced by Senator Robert Menendez (D-NJ) and Representative Elizabeth Etsy (D-CT) respectively, would even ban the practice of attaching two of the "acceptable" capacity magazines together:

Did the White House Know Where ISIS Hostages Were Being Held for Months? 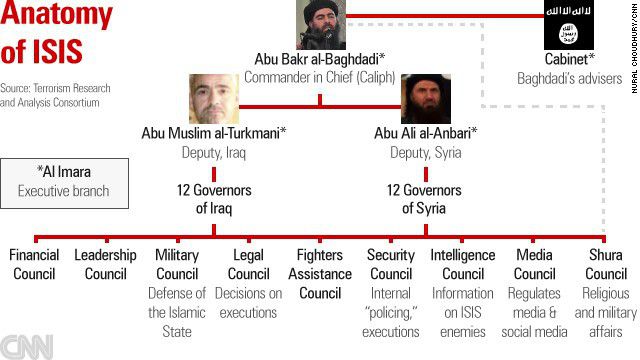 Fox News' Chief Intelligence Correspondent Fox News, Catherine Herridge, reported earlier in the week that Obama administration officials were in possession of "very specific intelligence" pertaining to the precise location where ISIS terrorists were holding a group of Western hostages, including since-murdered Americans James Foley, Steven Sotloff and Kayla Mueller. Herridge's sources said the eventual rescue mission was launched seven weeks after the hostages' location was identified, significantly longer than the 30-day delay reported last summer by Tony Harnden. The intelligence gathered had reportedly nailed down the exact building where the kidnapped parties were being held: 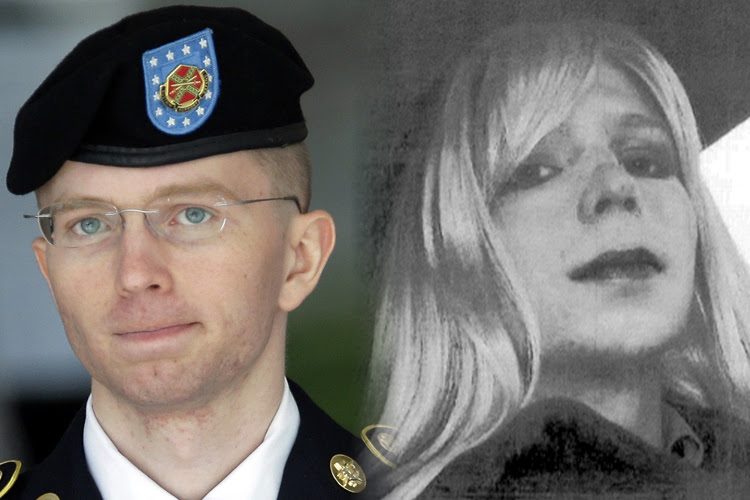 Chelsea Manning, serving a 35-year in prison for leaking hundreds of thousands of government files, has been approved to receive hormone therapy for transition to a woman at the Army's Fort Leavenworth prison, USA Today reports.

The approval for the formerly named Army Pvt. Bradley Manning is a first for the Army, the newspaper notes.

Posted by Brock Townsend at Thursday, February 12, 2015 4 comments: Links to this post

We are posting this because we sometimes get e-mails or comments linking to VeteransToday.com.

VeteransToday.com has a sizable following, as many fake websites do. VeteransToday routinely re-prints articles from Pravda, a former Soviet owned mouthpiece, and the Iranian PressTV. Both Pravda and PressTV print so much fake news that they can not be taken seriously.

The owner of VeteransToday.com openly admits that a large portion of the website are fake stories or real stories with fake elements. The worst part about VeteransToday is they use the motto “turn off the fake news.” When questioned about fake articles, Senior Editor Gordon Duff has an outlandish excuse. He says he has to publish fake articles or the government would kill him for his real ones.

There is a growing problem with fake news sites that prey on the right-wing. The most notorious is NationalPost.net, which is being run to embarrass conservatives. Someone with a career in conservative media has told this webmaster that NationalPost.net received start-up funding from a Soros Group. I am investigating the claim.

Other sites like AmericanNews.com are “click bait.” They take real stories and add a fake picture or fake element. The purpose of “click bait” sites is to get viral social media sharing and then profit off of advertising. When you share a story on social media, check the source. Do not contribute to the viral sharing of these sites. Tell the person that it is a fake site.

Islamophile: One who is so enchanted by Islam as to be under the influence of its tenets.

In 2009, I noted that Barack Hussein Obama’s remarkably brief White House bio began with this fallacious assertion: “His story is the American story – values from the heartland, a middle-class upbringing in a strong family…” And you can make up the rest.

Amazingly, his [BIG Lie](http://patriotpost.us/alexander/22209] bio page has not been altered since then.

So, in an effort to better understand who Obama really is, and where his religious alliances fall, let’s briefly review.


More @ The Patriot Post
Posted by Brock Townsend at Thursday, February 12, 2015 No comments: Links to this post A Union County, Illinois family got a surprise on a Wednesday morning in February of 2013 as drug agents swarmed their property.

According to KFVS-TV, "I heard the dogs barking. And I knew that meant somebody was outside the house," said Laura Benson. "And I looked out the windows and I seen a truck coming up the driveway fairly fast. And an Anna police car right behind it."

Laura says she couldn't believe her ears when she heard the drug agents say they suspect a meth lab on her property.

Posted by Brock Townsend at Thursday, February 12, 2015 14 comments: Links to this post

Intel officials tight-lipped on American militant fighters back in US, admit tracking is difficult

U.S. intelligence officials declined to say Wednesday exactly how many Americans who went overseas to fight with foreign militant groups have returned to U.S. soil to pose a terror threat -- but acknowledged difficulties in identifying them and noted some have likely returned undetected.

“We know what we know, but we understand there is intelligence we don’t have,” Nicholas Rasmussen, the director of the National Counterterrorism Center, testified on Capitol Hill. “But it’s possible there are great numbers.” 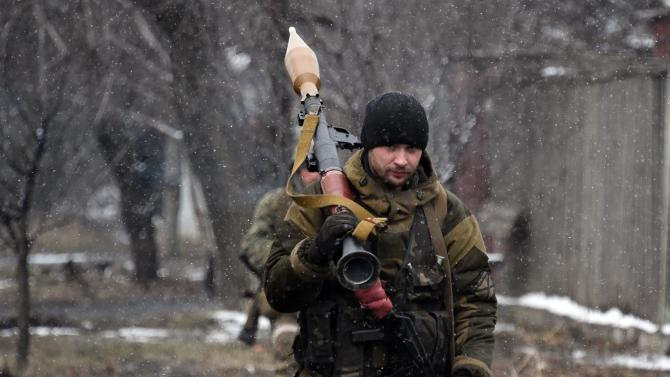 In the rebel stronghold of Donetsk, residents who have seen their city pounded daily by artillery since late May were skeptical of the deal.

"We will see whether there will be a cease-fire or not," Tatyana Griedzheva said. "You have seen it with your own eyes, the kind of cease-fire that we have already had."

Guns would fall silent, heavy weapons would pull back from the front and Ukraine would trade broad autonomy for the east to get back control of its Russian border by the end of 2015 under a peace deal hammered out Thursday in all-night negotiations between Russia, Ukraine, France and Germany.

The deal was full of potential pitfalls that could derail its implementation, however. In announcing the plan, Russia and Ukraine differed over what exactly they had agreed to in the marathon 16-hour talks, including the status of Debaltseve, a key town now under rebel siege.


More @ Townhall
Posted by Brock Townsend at Thursday, February 12, 2015 No comments: Links to this post

‘Shut The Damn Thing Down’ 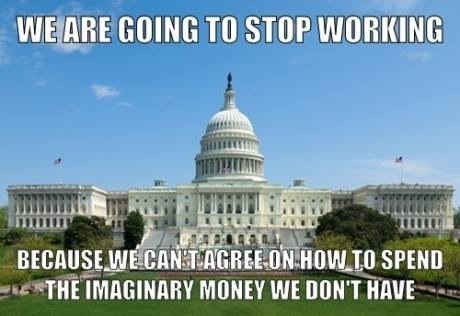 He began with a defense of the government shutdown in 2013, pointing out that many Americans in “fly-over country” didn’t really care, and only a third of government was shut down at the time.

Paul blamed Obama for shutting down national parks and national monuments to raise public concern, praising World War II veterans for ignoring the barriers placed in front of their monument in Washington D.C.

Did Obama really say: ‘I will stand with the Muslims?’

Do words matter? I think they do. I think we all need to take a man at his word. Barack Obama’s words from his own life story are under debate, yet should be of interest to all of us. Many conservatives attribute these words to Obama from his autobiography, “I will stand with the Muslims.”

Those were not his exact words. But his actions indicate it is exactly what he meant.

Many defenders of Obama say that is too simplistic of an interpretation and the words have been taken out of context. The reference came in a paragraph where Obama discussed prejudice against different races and religions. He made it clear that it’s unfair for people to jump to conclusions and tar all members of one race or religion with the deeds of one small group of people. Defenders of Obama believe he promised only to defend Muslims against that kind of prejudice. They interpret his words to mean he promised to defend Muslims against the kind of unfair internment faced by Japanese-Americans during World War II.

In 1962, a film starring Jeff Chandler brought a new hero into the American pantheon: Brgadier General (later MG) Frank D. Merrill, leader of the eponymous Merrill’s Marauders. Theater-goers watched Chandler and a cast of TV actors defeat the Japs heroically in the low-budget movie, and then Chandler’s character, beloved by his men, collapses of a heart attack. The movie was a huge success, in part because it was Chandler’s last — the 42-year-old wasn’t faking pain on the set, he was acting with an injured back, and then he had the sour luck to die during what should have been routine back surgery after the film wrapped.

As often is the case with movies, the connection with reality is a bit thin. Merill’s Marauders did do some amazing things, as a long-range penetration unit modeled on Orde Wingate’s Chindits; but Merrill’s own connection with the unit was tenuous and intermittent, despite his being the nominal commander.

The guy who trained the volunteers? It wasn’t Merrill.

The guy who led the unit in combat, through its bleakest days? That wasn’t him either.
Merrill wasn’t a Stolen Valor case, exactly; he wasn’t absent for dishonorable reasons, but because he was, in the first place, appointed late as commander, and then, he had persistent heart trouble that took him off the line.

But Merrill could have done the honorable thing, and said a few good words about the man who actually did all the stuff that Jeff Chandler portrayed Merrill as doing, Lt. Col. Charles N. Hunter. Instead, he seldom missed a chance to run down the man, despite (or because of?) Merrill’s legend being based on Hunter’s deeds. Nothing I detest more.


More @ WeaponsMan
Posted by Brock Townsend at Thursday, February 12, 2015 No comments: Links to this post