A review of America Aflame: How the Civil War Created a Nation, by David Goldfield (Bloomsbury Press, 2011).

Whether or not the American Civil War might have been avoided has long been a subject of debate among historians. Some, like Allan Nevins and Charles and Mary Beard, saw the war as “an irrepressible conflict,” in the words of Abraham Lincoln’s Secretary of State, William H. Seward, between two separate civilizations; others, like Avery Craven and James G. Randall, viewed the conflict as eminently avoidable but for, in Randall’s famous phrase, a “blundering generation” of politicians who simply failed to solve what was essentially a political problem.


More @ The Abbeville Institute
Posted by Brock Townsend at Tuesday, July 10, 2018 No comments:

England on the brink of revolution? 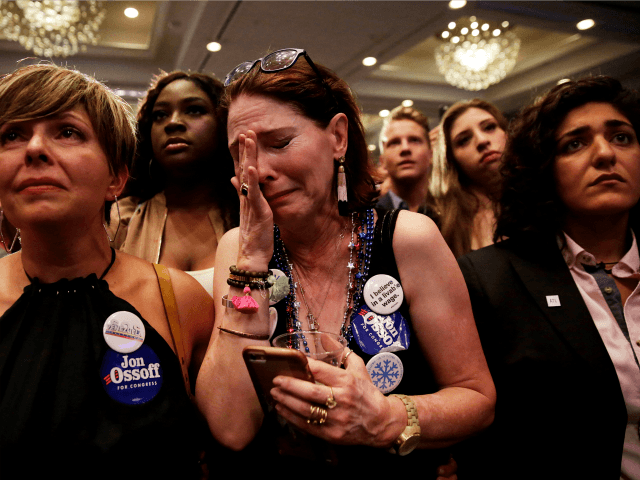 The latest batch of Axios/Survey Monkey polls shows that Democrats are in real danger of losing three U.S. Senate seats, which means they have no chance of capturing that chamber in 2018.

In order to take control of the Senate, Democrats must hold on to all 10 seats currently up for grabs in states President Trump won in 2016. On top of that, they must snatch two seats from incumbent Republicans.

According to these polls, Democrat incumbents in Florida, North Dakota, and Indiana are losing to their Republican challengers by three, five, and two points, respectively.

Another endangered Democrat incumbent, the increasingly embattled Claire McCaskill, is only ahead by two points in Missouri.

Democrats do appear to have an opportunity to pick up Republican seats in Arizona, where likely GOP nominee Martha McSally is four points behind Democrat nominee Kyrsten Sinema. Not helping matters is Jeff Flake, the wildly unpopular Never Trump Republican who retired knowing he had no chance of winning re-election.

Also at risk is Republican Dean Heller of Nevada; his Democrat challenger is up three.
Nevertheless, if these polls prove to be 100 percent accurate, the GOP holds the U.S. Senate.
Posted by Brock Townsend at Tuesday, July 10, 2018 No comments:

There are people ready to die for Trump.

President Trump on Tuesday pardoned the father and son ranchers from Oregon whose imprisonment for setting fires on federal land sparked a 41-day takeover of a wildlife refuge in the state.

Trump signed the order granting clemency to 76-year-old Dwight Hammond and his son, Steven Hammond, 49, who were convicted of arson in 2012 for fires that burned on federal land in 2001 and 2006.

Though they served their original sentences for the conviction -- Dwight serving three months, Steven serving one year -- an appellate judge ruled in 2015 that the terms were too short under federal minimum sentencing laws and the Hammonds were resentenced to serve the mandatory minimum. This decision led to the 2016 protests.