A HPD officer's teenage son shot and killed an intruder on Friday afternoon during a home invasion in Fort Bend County, according to authorities.

The incident happened in the 17000 block of Manchester Point.

"Sometimes when you're a criminal things come back and bite you," said neighbor Ceja Decker.

HPD officer Ken Patmon was on duty when he received an urgent call from his son that two men were viciously banging on the front and back doors of the family's home.

"We try to teach our children to do what's right and I thank God that he is okay," Patmon said.

According to the 18-year-old resident, two crooks broke into the house in Mission Oaks subdivision and began walking up the stairs. The teenager shot and killed one of the suspects.


More @ KHOU
Posted by Brock Townsend at Sunday, October 06, 2013 No comments: Links to this post

Education Amid the Desolation of War

Holding the schoolroom to be an important part of the national strength during the war crisis, Southern educational leaders urged citizens to maintain good schools “as an illustration to the world of the civilization of the people of the Confederate States.”  It was also stressed that the times demanded the labor of teachers corresponding to the “unexampled heroism and devotion of our soldiers . . . “
Bernhard Thuersam, Chairman
North Carolina War Between the States Sesquicentennial Commission
"Unsurpassed Valor, Courage and Devotion to Liberty"
www.ncwbts150.com
"The Official Website of the North Carolina WBTS Sesquicentennial"

Education Amid the Desolation of War

“Among its many home-front problems the Confederacy faced the question of its children’s formal education.  If this posed difficulties in normal times, it proved doubly so as the new nation fought for its existence on the battle line.  Of special concern to educators and other interested citizens were persistent problems of maintaining support for public schools during the exigencies of war, and providing young Confederates with textbooks free from the taint of “foreign” views.

[Midway] in the war, a national organization, the Educational Association of the Confederate States of America, was formed.  That its influence of Southern education was necessarily slight does not detract from the seriousness and inspiration of its intent.  The actions resulted in the organization of this association had their genesis in the activities of North Carolinians who were laboring on the problems of school support and textbooks within their own State.

Soon after North Carolina seceded from the Union, State Superintendent of Schools Calvin H. Wiley called a convention of teachers in Raleigh to discuss the situation. Those in attendance agreed on the desirability of forbidding the importation of foreign textbooks and urged the production of locally-written books . . . [At] the 1862 meeting of that association,  Wiley announced that the South would soon be independent “of all other countries” for its school books.

At this meeting, members . . . adopted a resolution calling for “a general convention of teachers throughout the Confederate States . . . to take into consideration the best means for supplying the necessary textbooks for use in our Schools and Colleges, and to unite their efforts for the advancement of the cause of education in the Confederacy . . .”

The convention was called for April 28, 1863, at Columbia, South Carolina.  Publicity and preparations were extensive . . . Newspapers [urged] a large attendance from the South. Groups of teachers and citizens in several cities chose delegates to represent them at the Columbia convention . . . [and] the North Carolina Literary Board named as its delegates [Wiley] and Richard Sterling, a board member and principal of Greensborough’s Edgeworth Female Seminary.

Sixty-nine person registered at the convention . . . South Carolina [sent] thirty six delegates . . .  Sixteen attended from North Carolina, ten from Georgia, three each from Virginia and Alabama, and one from Louisiana.

Enhancing the prestige of the convention was a letter from President Jefferson Davis.  While regretting the inability to be present, Davis expressed his “fullest sympathy” with the purpose of the convention and extolled the importance of school books in developing character and intelligence in children.  He expressed his joy in knowing “that the task of preserving these educational springs in purity has been devolved upon men so qualified to secure the desired results.”

Several other letters, including one from North Carolina’s Governor Zebulon B. Vance, were read to the delegates.  Vance’s letter underscored President Davis’s concern for “purity” in textbooks and he declared it a “pleasure to see that the desolation of war does not prevent the good the good men of the country from looking after this great and important matter. This is certainly the time to inaugurate the system of supplying our schools with our own books and impressing the minds of our children with the effusions of Southern genius.”

His closing must have served as an added charge to the convention: “May God bless and prosper your efforts in a cause so patriotic and so greatly to be commended by every true Southern heart.”

Surviving the comeback of natural selection We live in society that keeps people alive. Corporations and government exploit human “capital” and keep them alive enough. Just fed with crap food and entertained to live in dreamworld of good feelings and work and do what the powers want.

I can not stop to think about the fact that everything is going in circles and that things and events in history are repeating all the time. Also one more thing is repeating and staying the same – majority of people are brainless idiots.

Do you feel and think that system, government, infrastructure and everything else around you is there in order to make your life better?

Do you think that politician, party, politic option, president etc. that you choose / vote is there to represent your will, and will of other people that choose them?

If answers are yes, then you are living in fairy tale not in real world.

And if you think that I am being too harsh, think again about fact that I was living once in cartoon too. I was living my life sure that „they“ (government, system, law…) take care about all big problems, and that my only worry is to live decent life, have job, kids, pay taxes, believe in system…

The Civil War (Sic) in Color for the first time: Painstakingly remastered images of a divided America that recreate era in amazing detail Two professional colorists have combined their skills with photographs and fascination with the American Civil War to create a remarkable series of color photographs from the era.

Initially it was Madsen who was colorizing images from the Civil War era, but Lloyd eventually got interested and now the two work together restoring the images, improving their technique by giving each other critiques.

Madsen has been interested in the Civil War since he was 12, and was especially fascinated by all the images that emerged from the conflict.

'I love the fact that you can see veins in the eyes of humans born over 200 years ago as clear as day,' Madsen told MailOnline.


More @ The Daily Mail
Posted by Brock Townsend at Sunday, October 06, 2013 10 comments: Links to this post

After Sgt. Andrew Harvel was killed in Afghanistan in August 2011, his widow hoped to move home from California to North Carolina to be surrounded by friends and family.

Yet two years later, she was still stuck in California.

That is until Pinecrest High School in Southern Pines, N.C., invited Krista Harvel and her two children to a military appreciation ceremony this past Friday.

As hundreds gathered to honor America’s military heroes, an Army veteran parachute team descended from the sky and landed at the high school’s football field.

In the parachutists’ hands, an amazing gift: blueprints for Krista Harvel’s new home, fully paid for, in North Carolina.


More with video @ WND
Posted by Brock Townsend at Sunday, October 06, 2013 3 comments: Links to this post


The soldier, who has yet to be identified, had been celebrating his safe return from combat and his imminent release from the military. He was walking to his hotel early Saturday morning near a Seattle area military base where KOMO-TV news picks up the story:

A group of men in a car drove by and someone inside shouted a racial comment toward the white soldiers, the Lakewood Police Department said.

“One of the soldiers yelled back something about the suspects treating combat soldiers with disrespect,” Lt. Chris Lawler said.

The vehicle turned around, and five black males got out of the car and confronted the soldiers, according to reports. As the verbal confrontation ensued, the driver of the vehicle realized the men were actually combat veterans and called his friends off.

While the men headed back to their vehicle, one of the suspects appeared to have bumped into the victim, witnesses say.

The soldiers saw their friend fall to the ground as the car sped away. The victim was bleeding profusely from a stab wound and died at the scene. 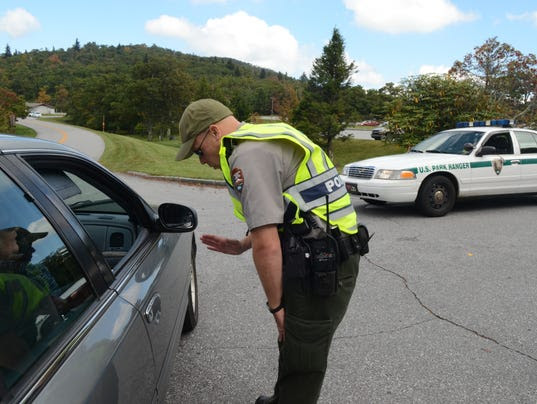 Near MOUNT PISGAH, N.C. — At a spot 5,000 feet above sea level and 20 miles from the nearest town, an innkeeper decided Friday to defy the federal government and reopen his lodge.

That stand lasted about two hours as National Park Service rangers blocked the entrances to the privately run Pisgah Inn on the Blue Ridge Parkway after owner Bruce O'Connell decided to reopen his dining room, gift shop and country store at noon Friday for lunch. The federal government had forced the inn, in a leased building on federal land, to shut down at 6 p.m. ET Thursday at the height of fall foliage — and tourism — season. 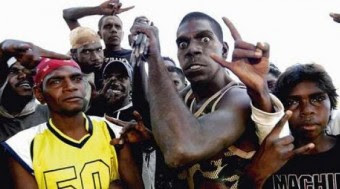 Raleigh, N.C., citizens are on alert after two cases of black mob violence in two nights in their downtown.

The attacks are the latest in a series of episodes of racial violence in the area.

The local ABC affiliate was the only media outlet to report that last Tuesday, a group of at least 15 black people stalked and beat a homeless woman after she saw them coming and tried to get out of their way.

In contrast to most cases of black racial violence, local journalist Kelli O’Hara actually identified the mob the way victims and the police did: They were black.

O’Hara fills in the details: