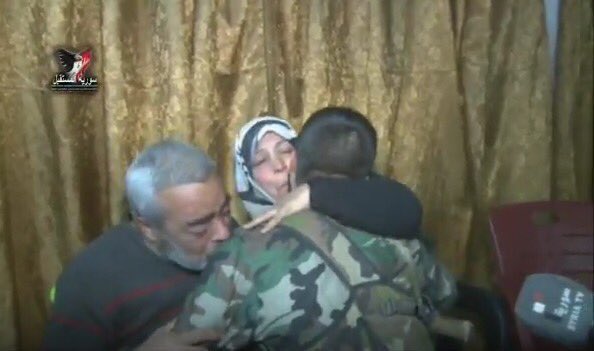 Sarah Abdallah ‏@sahouraxo
Syrian soldier embraces his parents after freeing them from the terrorists in Hanano, east #Aleppo. They haven't seen each other for 4 years

Posted by Brock Townsend at Tuesday, November 29, 2016 No comments:

Recently I made a few comments about the world’s self-identified “elite”, and also about the migrants that are plaguing Europe.

Happily, I was able to do some one-stop shopping on both of these topics when I was in New York to attend a very elitist and Globalist conference. I’m not going to name it because its organizers/sponsors are business partners of mine. And since they spent multimillions putting it together, and I pretty much despised their invitees, I’m not about to identify it exactly. Just let me say that the conclave has aspirations to become another Council on Foreign Relations, Bilderberg, Bohemian Grove, Atlantic Council, or Davos. Same kind of people, same ideas. Uniformly bad ideas. But ideas that the public has been brainwashed into thinking are good.

A lot of people are afraid these groups control the world, or at least governments. They don’t. They’re social gatherings for high level government employees and NGO types who like to network, and feel relevant. And lots of their minions, who enjoy the rich food, pretending they’re big shots too, while listening to pontifications by actual big shots. They hope they can cozy up to them, close enough to ride a richer gravy train.

The avowed purpose of this conclave was to “build the public-private partnership”—the exact definition of fascism. So there were also lots of big league corporate types who want to “make a difference”, and rich guys who want to be known for something besides having money.

The Somali refugee responsible for attacking young Americans at Ohio State University was deliberately imported into the country by the nation’s federal immigration policy–yet the scale and impact of immigration from undeveloped, foreign cultures is still a surprise to some politicians.

Since 2001, the United States has permanently resettled nearly 100,000 migrants from Somalia–a nation where the prevalence rate of Female Genital Mutilation for women and girls ages 15 to 49 is 98 percent, and where homosexuality can be punishable by death. In a single year, a Republican-led Congress funded visas for nearly 300,000 (temporary and permanent) Muslim migrants, which is a population that is nearly twice the size of the entire population of Dayton, Ohio.

The federal government invited Abdul Razak Ali Artan, 18, into the United States as a refugee, according to reports. Artan reportedly came to the U.S. in 2014, and his refugee status allowed him to fill a coveted slot at Ohio State University. It also allowed him to obtain federal benefits, and eventually would have given him quick access to citizenship, the voting booth, and the ability to bring over foreign relatives through chain migration.

Yet some Republican lawmakers seem unaware of the social and cultural impact that large-scale Muslim migration has had in their own backyards.

HEY, LIBERALS: Remember Calling Trump A ‘RACIST’ When He Warned Us About SOMALI Terrorists?

The liberals wailed, ‘You can’t say that!’

Trump did tell the truth, and they were quick to condemn him for it. He was called ‘insensitive’, ‘racist’, and ‘Islamophobic’

Reminds of the homes around Fallbrook in 2002.

Trump to Kick Off 'Thank You Tour' in Ohio on Thursday


President-elect Donald Trump is set to embark on a tour to thank supporters who carried him to the White House.

A source in the Trump camp confirmed to NBC News Tuesday that Trump's "Thank You Tour" is set to begin on Thursday with a rally in Cincinnati. During the campaign, Trump's rallies often drew thousands of people and were often broadcast live. Trump won Michigan, Wisconsin, Pennsylvania and Florida, states won by President Obama in 2008 and 2012.

Labeling journalist 'Islamophobe' scares off major sponsor for conference
It doesn’t take much to get one’s self branded a racist in Michigan these days.

Donald Trump pulled off an upset win in the state that has gone Democrat in the previous two presidential elections, but that hasn’t stopped the entrenched establishment from demonizing those who hold Trump-like views on immigration.

The Southern Poverty Law Center is teaming up with local Detroit media to paint a Maryland-based journalist as an anti-Muslim “extremist” and “Islamophobe” simply because he has produced fact-based research on the U.S. government’s refugee resettlement program.

James Simpson has been invited to speak at the annual Business Roundtable Breakfast in Oakland County, one of several counties in Michigan that have been pummeled with refugees from the Middle East over the last eight years of the Obama administration.

President-elect Donald Trump has apparently made another addition to his White House administration. The role of Health and Human Services Secretary has been given to Republican Rep. Tom Price from Georgia, reports The Washington Post.

Price, an orthopedic surgeon, has been a longtime opponent of President Obama's Affordable Care Act. Recently, he said that under Obamacare, "The American people are paying more for health care and getting less – less access, less quality, and fewer choices." 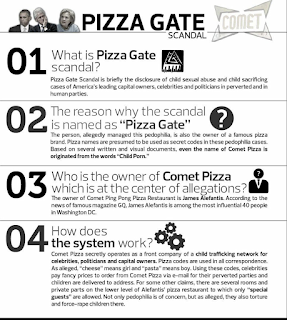 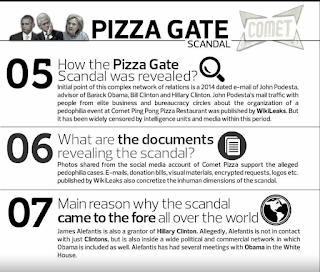 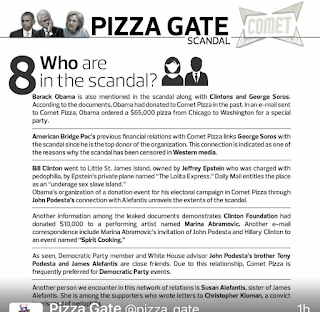 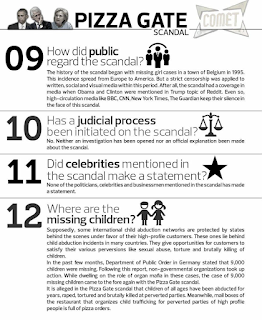 Posted by Brock Townsend at Tuesday, November 29, 2016 No comments:

First The Judges Laughed At Her Name. Then She Blew Them Away.

Dated, but the first time I've seen it.
Posted by Brock Townsend at Tuesday, November 29, 2016 2 comments:

Do you see a victim?

Via comment by Unknown Reaper on Italian Interior Ministry: You Must Take in Migran...

Residents have been evacuated to a Red Cross shelter at the Gatlinburg Community Center, while Rocky Top Sports World has also been converted into a shelter.

Officials suspect arson in the fire, which started over the weekend.

Blazes were too close for comfort for people staying at the Park Vista Hilton hotel. They shared harrowing images on Twitter. Senator Tim Kaine, Hillary Clinton’s VP candidate, is back in the news. Today he tweeted after the incident at Ohio State –


Deeply saddened by the senseless act of gun violence at Ohio State this morning. Praying for the injured and the entire Buckeye community.