New England, and Massachusetts in particular, was supplying the French as General James Wolfe was enroute to the Plains of Abraham in 1759. In 1814 and the United States at war with the British, New England’s Federalist Party refused troops to repel the enemy, contemplated a separate peace with England, and came near secession from the Union in the December, 1814 Hartford Convention.
Bernhard Thuersam, www.Circa1865.com   The Great American Political Divide

“Oh Massachusetts! How I have lamented the degradation of your apostasy!

Massachusetts, with whom I went with pride in 1776, whose vote was my vote on every public question, and whose principles were then the standard of whatever was free or fearless. But she was then under the counsels of the two Adams’; while Strong, her present leader, was promoting petitions for submission to British power and British usurpation.

But should the State, once more, buckle on her republican harness, we shall receive her again as a sister, and recollect her wanderings among the crimes only of the parricide [Federal] party, which would have basely sold what their fathers so bravely won from the same enemy. Let us look forward, then, to the act of repentance, which, by dismissing her venal traitors, shall be the signal of return to the bosom, and to the principles of her brethren; and, if her late humiliation can just give her modesty enough to suppose that her Southern brethren are somewhat on par with her in wisdom, in patriotism, in bravery, and even in honesty, although not in psalm-singing, she will more justly estimate her own relative momentum in the Union.

With her ancient principles, she would really be great, if she did not think herself the whole.” 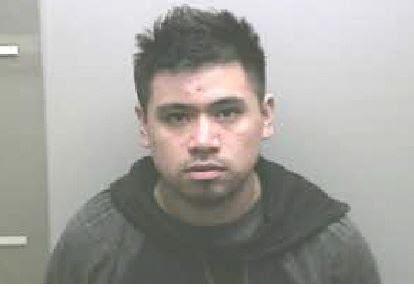 A Marshall County man has been charged for allegedly abusing a child, Albertville police said.

Diego Sebastian, 27, of Albertville, became a suspect after officers responded to a call from the Marshall South Medical Center Emergency Department on Wednesday about a 3-year-old girl with injuries. Police said the girl is related to Sebastian. The child was transferred to Children's Hospital in Birmingham with life-threatening injuries, police said.

Enough evidence was collected during a joint investigation involving the police department and the Marshall County Department of Human Resources to obtain a warrant for Sebastian. He was charged with aggravated child abuse Friday and was booked into Marshall County Jail on a $250,000 bond.
Posted by Brock Townsend at Saturday, December 31, 2016 4 comments:

The pathetic attempts to undo Donald Trump’s victory are signs of desperation, not strength, in the Deep State.

The post World War II consensus held that the USSR’s long-term goal was world domination. That assessment solidified after the Soviets detonated an atomic bomb in 1949. A nuclear arms race, a space race, maintenance of a globe-spanning military, political, and economic confederation, and a huge expansion of the size and power of the military and intelligence complex were justified by the Soviet, and later, the Red Chinese threats. Countering those threats led the US to use many of the same amoral tactics that it deplored when used by its enemies: espionage, subversion, bribery, repression, assassination, regime change, and direct and proxy warfare.

Scorning principles of limited government, non-intervention in other nations’ affairs, and individual rights, the Deep State embraced the anti-freedom mindset of its purported enemies, not just towards those enemies, but toward allies and the American people. The Deep State gradually assumed control of the government and elected officials were expected to adhere to its policies and promote its propaganda. Only John F. Kennedy directly challenged it, firing CIA Director Allen Dulles after the Bay of Pigs disaster. He was assassinated, and whether or not CIA involvement is ever conclusively proven, the allegations have been useful to the agency, keeping politicians in line. The Deep State also co-opted the media, keeping it in line with a combination of fear and favor.

Paul Rosenberg
So What If It Was The Russians

A tally of Iran sanctions relief includes more than $10 billion in cash, gold

In the three years since a preliminary nuclear deal was struck with Iran, Tehran has received more than $10 billion in sanctions relief from around the world in the form of cash and gold, according to current and former U.S. officials.

The large shipments of gold and cash, from oil funds unfrozen in numerous countries, represent the kind of financial relief that made Iran's leaders eager to complete the international nuclear accord.

Some of the cash and gold went to Iran while the U.S. and other world powers negotiated with Tehran on a final nuclear deal. More shipments took place after final deal went into effect last January.

Trump: Putin ‘very smart’ for not retaliating against U.S. over latest round of sanctions 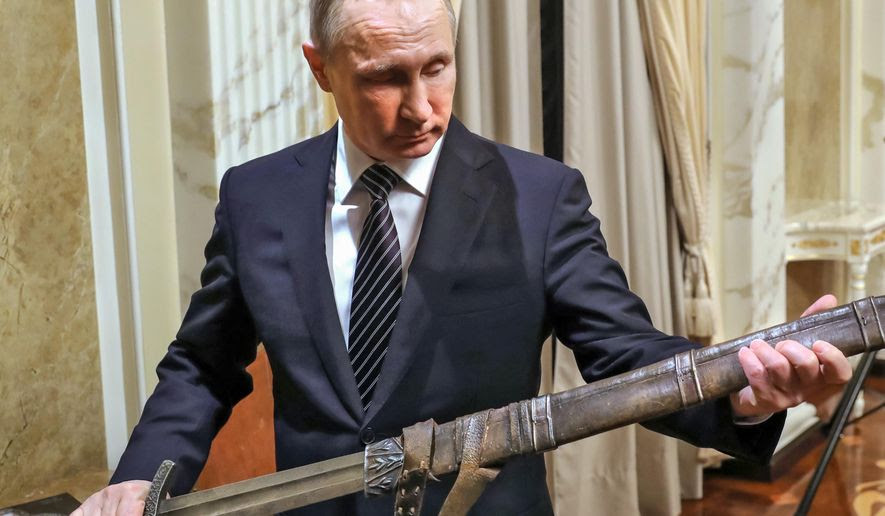 President-elect Donald Trump on Friday hailed Russian President Vladimir Putin as “very smart” for not retaliating against a new round of U.S. sanctions against the former Cold War foe.

“Great move on delay (by V. Putin) - I always knew he was very smart!” tweeted Mr. Trump, who weathered unrelenting criticism during the campaign for heaping praise on Mr. Putin.

The tweet suggested that Mr. Trump, who made his deal-making skills a chief argument for his presidential run, will be open to negotiating with Russia over the status of the sanctions once he takes office Jan. 20.

2016: The Worst of MSNBC and HGTV Beats CNN In Ratings

The House Freedom Caucus, a conservative faction of Republicans in the House, has issued a 23-page list identifying 200 rules and regulations it wants to see gutted in a Donald Trump administration, and nutrition is a key target. Among the items identified: the FDA’s update to the Nutrition Facts panel and updated nutrition standards for school meals, both priorities championed by first lady Michelle Obama.

“The regulations have proven to be burdensome and unworkable for schools to implement,” the document says of the standards that mandate more fruits and vegetables and whole grains while cutting back on salt, sugar and fat. “Schools are throwing food away that students are not eating.” On the flip side, USDA maintains that schools are in near universal compliance, and health advocates argue that kids have largely adjusted to the changes.

A Mexican man accused of raping a 13-year-old girl on a Greyhound bus that traveled through Kansas had been deported 10 times and voluntarily removed from the U.S. another nine times since 2003, records obtained by The Associated Press show.

Three U.S. Republican senators — including Kansas' Jerry Moran and Pat Roberts — demanded this month that the Department of Homeland Security provide immigration records for 38-year-old Tomas Martinez-Maldonado, who is charged with a felony in the alleged Sept. 27 attack aboard a bus in Geary County. He is being held in the Geary County jail in Junction City, which is about 120 miles west of Kansas City.

U.S. Sen. Charles Grassley, from Iowa and chairman of the judiciary committee, co-signed a Dec. 9 letter with Moran and Roberts to Homeland Security Secretary Jeh Johnson, calling it "an extremely disturbing case" and questioning how Martinez-Maldonado was able to re-enter and remain in the country.


There’s been a lot of media about Hollywood types and entertainers supposedly not wanting to perform at the inaugural because they have issues with the new president-elect.

Trump’s response was classic Trump: that he didn’t care about A-list celebrities, but he would rather have ‘the people.’

That’s exactly whose being invited, says one of the officials in charge of the parade, Boris Epshteyn, according to Newsmax.

In Epshteyn’s words, the ‘Best of America’.


President-elect Donald Trump’s inaugural parade will include over 8,000 participants and 40 organizations, Boris Epshteyn, director of communications for the inaugural committee told Fox News.

Epshteyn said the participants represent “the truly best of America.” He noted they include representatives from the New York police department, as well as the military.

Several veterans service organizations will also be joining in the parade, The Hill reports.

American Veterans, Disabled American Veterans and Wounded Warriors are among the groups participating, according to the website which attributes the information to Trump’s inaugural committee.

These groups weren’t at Barack Obama’s inaugural, which while it had some veterans, leaned more heavily on Hollywood actors, musicians, and entertainers.

According to The Hill, other groups include a cross section including several college and high school bands, US Border Patrol Pipes & Drums, NYPD Emerald Society Pipes & Drums, The Freedom Riders, North Carolina Vietnam Helicopter Pilots Association, and the Boy Scouts of America.
It’ll be good to have a President interested in working for America again…

How do we get rid of this worthless Neocon?

House Speaker Paul Ryan, R-Wis., thinks the Obama administration was justified in retaliating Thursday against Russia with sanctions for interfering with U.S. institutions. But he said it should’ve been done long ago.

Far from a full-throated endorsement of Obama’s actions, Ryan’s statement condemned the commander in chief for eight years of what he considers “ineffective foreign policy” that left the United States more vulnerable than it was when he took office in 2009. Nevertheless, Ryan agreed that Russia is a threat to global security. (The Obama administration is/was a far a larger threat)