Protesters VS Trump Supporters at #MarchForTruth in Los Angeles

A federal court ruled Friday that praying at the opening of North Carolina county commission meetings is unconstitutional.

The full 4th Circuit Court of Appeals overturned the initial ruling of the circuit’s 3 judge panel, which said that the prayers were constitutional so long as Rowan County commissioners did not pressure anyone to join. According to the full circuit’s 10-5 ruling, the prayers constitute a violation of the First Amendment’s Establishment Clause.

The American Civil Liberties Union filed the initial lawsuit over the prayers, and alleged the religious practice was discriminatory, according to NBC Charlotte.


Michael Caputo, a communications adviser for many months during the Trump campaign, testified for three plus hours before the House Intelligence Committee Friday afternoon, and said in his opinion the Russia scandal comes down to two words: "collusion delusion."

"I completely believe there was no collusion in the Trump campaign, but all I can do is speak for myself and the people I'm close with," Caputo told the Washington Examiner after his testimony, characterizing the overall hearing as a "fishing expedition."

"The problem we have is the Democrats have no interest in ending these investigations. They're looking to extend this as long as possible because they're successfully stopping Donald Trump from implementing his agenda. He may have won the election, but they have won the first year of his presidency — the most important year of a presidency," he added later.

HILARIOUS! Greg Gutfeld Wears CNN Box On His Head During ‘The Five’

Friday on Fox News’ show “The Five”, co-host Greg Gutfeld donned a CNN box on his head just like the kind that came out during CNN’s doxxing scandal.

As the show opened, Jesse Watters introduced the five co-hosts of “The Five”. Greg Gutfled was wearing a red box that said “CNN” just like the memes being put out related to the infamous CNN doxxing scandal.


More with video @ The Gateway Pundit
Posted by Brock Townsend at Friday, July 14, 2017 No comments:

Mystery solved? Timeline shows how Russian lawyer got into US for Trump Jr. meeting

The Russian attorney whose campaign-season meeting with Donald Trump Jr. has caused headaches for the White House was cleared to enter the U.S. at the time of the visit by the Obama State Department, officials confirmed to Fox News late Thursday.

A brief timeline released overnight helps to resolve questions over how Natalia Veselnitskaya even had legal permission to be in the U.S. And it also shows multiple Obama agencies were involved on multiple occasions in granting access to the lawyer after she was initially denied a visa. 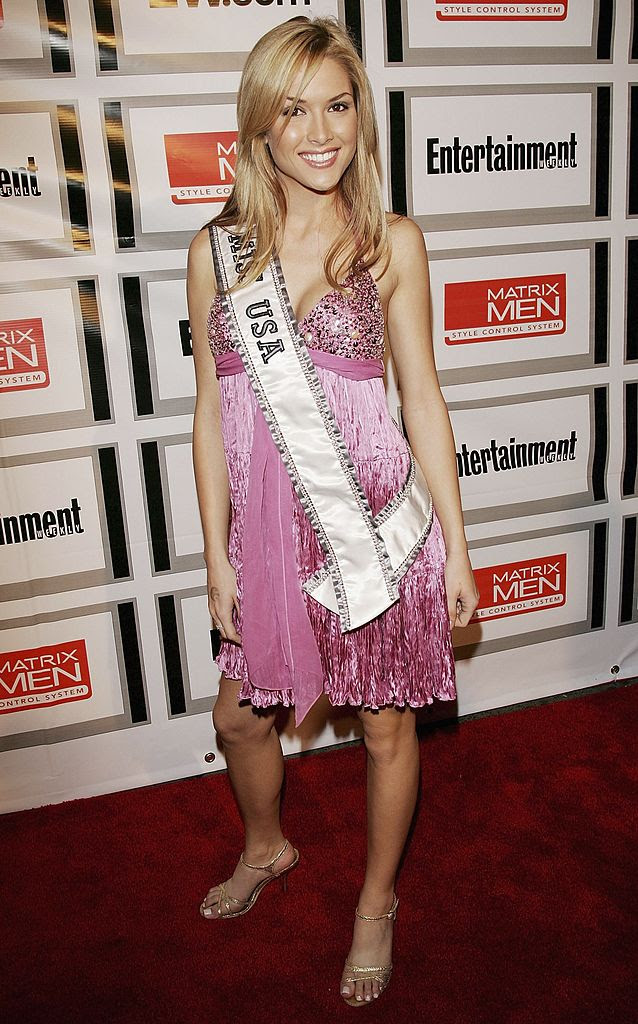 Eleven years ago Miss USA 2006 Tara Conner was almost stripped of her crown after being caught drinking underage and testing positive for cocaine, but Donald Trump gave her a second chance and helped her confront her addiction.

Now Conner is 10 years sober and recently wrote an op-ed thanking President Trump for giving her the opportunity to get help for her substance abuse problem.


More @ The Daily Caller
Posted by Brock Townsend at Friday, July 14, 2017 No comments:

The End Game of the Left

Comment by Anonymous on Lou Dobbs Tells Seans Hannity: The Left is Attempt...

(Go to the Tuol Sleng Museum in Phnom Penh. You won't go back. BT)

"The Left has crossed the line a long time ago from having a different view on how ought this country be run, to active sedition and treason against a duly elected government and the Constitution. To say the Left is attempting Coup against Trump is to state the obvious. The end game of the Left is to take total control, and to install a one party totalitarian socialist/communist state. What all the useful idiots, mal-educated utopians and the cannon fodder don't understand is that once all of their political enemies have been exterminated. And yes I do mean death camp, gulag exterminated, THEY will be next to be murdered en mass. The revolution will turn on itself, those deemed not pure enough will be hunted down, alone with political rivals by those who are determined to stay in power and control. It happened during the French Revolution, the Nazi's rise to power, The Russian Revolution (and Stalin's reign of terror/purges), China (the Red Guard), and Cambodia (The Killing Fields). The Lefties in this country are going to keep pushing for Civil War until they get it. What they want is absolute power"

Capitol Hill police arrested the president of the North Carolina NAACP on Thursday morning after he led a protest of the Senate’s proposed health care repeal-and-replace bill.

Rev. William J. Barber II, who was protesting in his role as president of Repairers of the Breach, was released from jail by 2 p.m. In the morning, he and other faith leaders led a group of about 50 people to Senate Majority Leader Mitch McConnell’s office in the U.S. Capitol. The group gathered a few blocks away at 10 a.m. and walked to the Capitol, chanting and singing along the way. Many carried signs that said “Love Thy Neighbor. (No exceptions.)”

Once the group entered the Capitol and gathered outside McConnell’s office, several leaders spoke, couching their objections to the proposed legislation in moral and religious terms. McConnell, a Republican from Kentucky, was not present at any point during the protest.


More @ The Raleigh News & Observer which use to have common sense

Read more here: http://www.newsobserver.com/news/politics-government/politics-columns-blogs/under-the-dome/article161200048.html#storylink=cpyMore @ The Raleigh News & Observer which used to have common senseM
Posted by Brock Townsend at Friday, July 14, 2017 No comments:

Via comment by name789 on Teddy Roosevelt Jr.: The Toughest Old Man in WWII:...

When the battleship Maine was blown up in Havana Harbor, just previous to the war with Spain, Col. Melvin Grigsby was at Fort Pierre, S.D. Fort Pierre is on the west side of the Missouri River and in the very heart of the greatest cattle range in America. Here it was that Catlin met the Sioux chiefs and thousands of Indians in 1832. In this country were the greatest buffalo pastures in the world.

Col. Grigsby was a veteran of the Civil War, having seen four years of service—a man of great courage and superior intelligence. And from Fort Pierre he telegraphed President McKinley that the sinking of the MAINE meant war, and that the best soldiers that could be secured on short notice for the war with Spain were the cowboys of the plains. He offered his service in this connection. Shortly afterward, Col. Grigsby came to Washington and secured an amendment to the bill, which had already passed the House, authorizing the raising of volunteers for the Spanish War, which provided that 3,000 men of special fitness might be recruited independently, the officers to be appointed by the President.

At this time, Theodore Roosevelt was Assistant Secretary of the Navy. Leonard Wood was a contract surgeon in the army of the United States, located at Washington and detailed to attend to Mrs. McKinley. He applied to be appointed one of the colonels of one of the Rough Rider regiments of cowboys, and Theodore Roosevelt applied to be appointed Lieutenant Colonel of the same regiment. These two doughty soldiers, with no experience except Mr. Roosevelt’s experience as a cowboy one season on the little Missouri River, and Wood’s experience as a contract surgeon, received their respective appointments. They raised a regiment of so-called cowboys in the eastern states and went to Florida.

From Florida they embarked for Cuba, leaving their horses behind. They landed east of Santiago and started through the jungle for San Juan Hill, General Wood being colonel of the regiment and Mr. Roosevelt acting as lieutenant colonel.

About ten miles from San Juan Hill, they were ambushed by the Spaniards and some of the Rough Riders were wounded in what was called the El Caney fight. They would have been cut to pieces, but General ______, in command of some regiments of Negro troops, rushed in these colored regulars and rescued Wood and his doughty lieutenant-colonel from the hands of the Spaniards.

The Rough Riders—all on foot, for they had left their horses back in Florida—then proceeded to a field near the foot of Kettle Hill, which blanketed San Juan Hill, and remained there until General _____ and his colored troops took San Juan Hill from the Spaniards.

After San Juan Hill had been captured, Col. Wood and Lieutenant Colonel Roosevelt charged up Kettle Hill, where there was nothing but an old kettle which had been used for evaporating sugar cane juice. There were no fortifications or trenches or blockhouses, or Spaniards, dead or alive, on Kettle Hill. Yet Roosevelt, in his book “History of the Spanish War,” says that he charged up San Juan Hill and found the trenches full of dead Spaniards with little holes in their foreheads, and that two Spaniards jumped up and ran away, and that he missed one of them but killed the other with a shot in the back from his revolver.

I refer to the records of the War Department, which show that Roosevelt had nothing to do with the taking of San Juan Hill. I refer also to a pamphlet by Colonel Bacon, of Brooklyn, in which he says that he secured affidavits of one hundred soldiers and officers who were in the campaign to take Santiago, and that all of them testified that Roosevelt was not in the battle of San Juan Hill, or, in fact, in any other battle except the ambush at El Caney.
Posted by Brock Townsend at Friday, July 14, 2017 No comments:

If you thought a Republican-controlled government might at least rein in some of the excessive, insane, Obama-era social experimentation being imposed on the United States military, you’d be sadly mistaken.

Because on Thursday, the House of Representatives voted 214-209 to reject an amendment to the National Defense Authorization Act (NDAA) that would have banned the Pentagon from paying for surgeries and hormone therapy for mentally disturbed individuals who are confused about what sex they are.

The kicker? Twenty-four Republicans, including supposedly fiscally-conservative libertarian Justin Amash, made this travesty possible by bucking their party and voting with the united Democrats.