Turkey is preparing to receive its first shipment of armed multicopter drones this month, according to New Scientist. Made by the country's own Asisguard, the Songar drone can carry 200 rounds of 5.56 x 45 mm NATO class ammo, and can hit a 15-cm-square (6-inch-square) target from 200 m (650 ft) away with single shots, 15-bullet bursts or a full auto unloading. 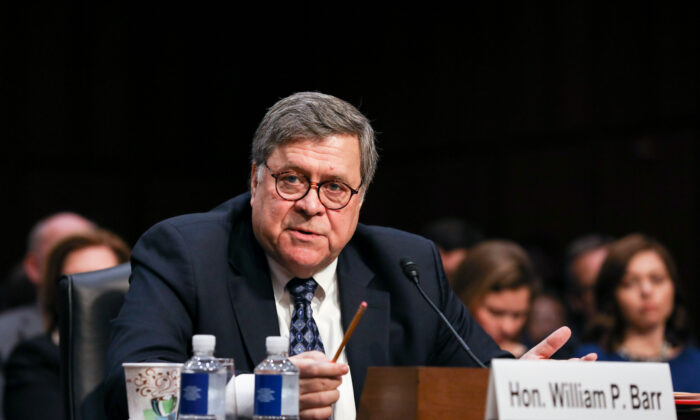 Comey, over the weekend, said that he was “seven layers” removed from the counterintelligence operation, code-named “Crossfire Hurricane,” and the launching of a Foreign Intelligence Surveillance Act (FISA) court-approved probe into Trump campaign aide Carter Page for up to a year. Barr and Comey were responding to the findings of Justice Department Inspector General Michael Horowitz’s report that found 17 “significant errors” in how the FBI applied to surveil Page.


More @ The Epoch Times
Posted by Brock Townsend at Thursday, December 19, 2019 No comments: 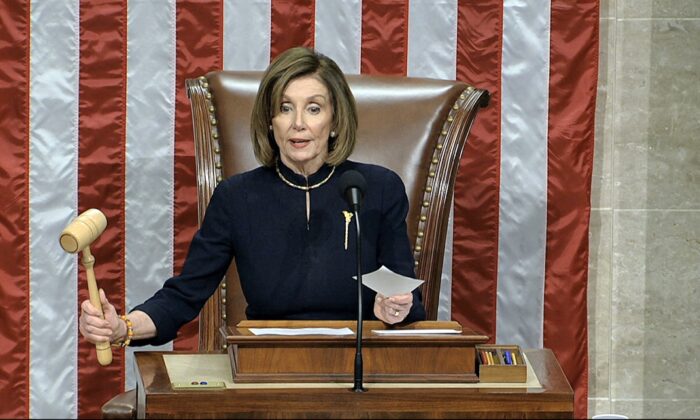 President Donald Trump’s personal attorney, Jay Sekulow, said that the House doesn’t have power over the Senate trial for impeachment after House Speaker Nancy Pelosi (D-Calif.) demurred on when she would send over the House’s two articles of impeachment against Trump.

In a radio show interview, Sekulow said (starting at around the 21-minute mark) that “[Pelosi] thinks she’s going to create some kind of Constitutional crisis … by doing a parliamentary move to not have the managers appointed and not presenting those articles of impeachment to the Senate,” he said.

Pelosi, however, will fail because the U.S. Constitution “doesn’t talk about managers” and “doesn’t discuss her delivery methods.”


More @ The Epoch Times
Posted by Brock Townsend at Thursday, December 19, 2019 No comments: 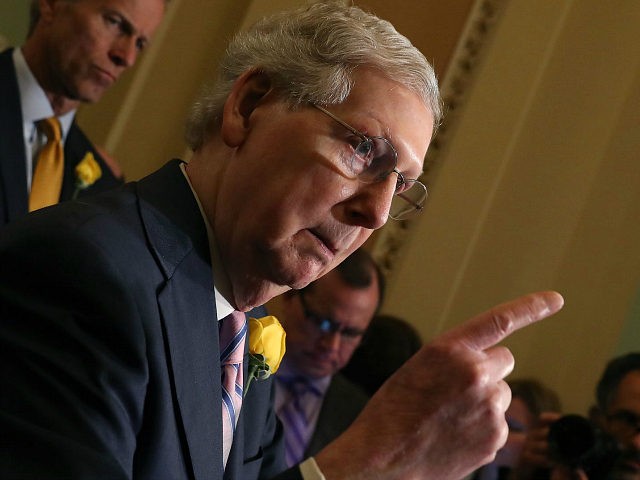 “My motto for the remainder of this Congress is ‘leave no vacancy behind,'” McConnell reportedly told radio host Hugh Hewitt on Wednesday.

On Wednesday, the same day the country found itself wholly absorbed in the partisan impeachment effort in the House, McConnell “forced a deal with Democrats to expedite 11 federal district judge nominations,” per CNN: 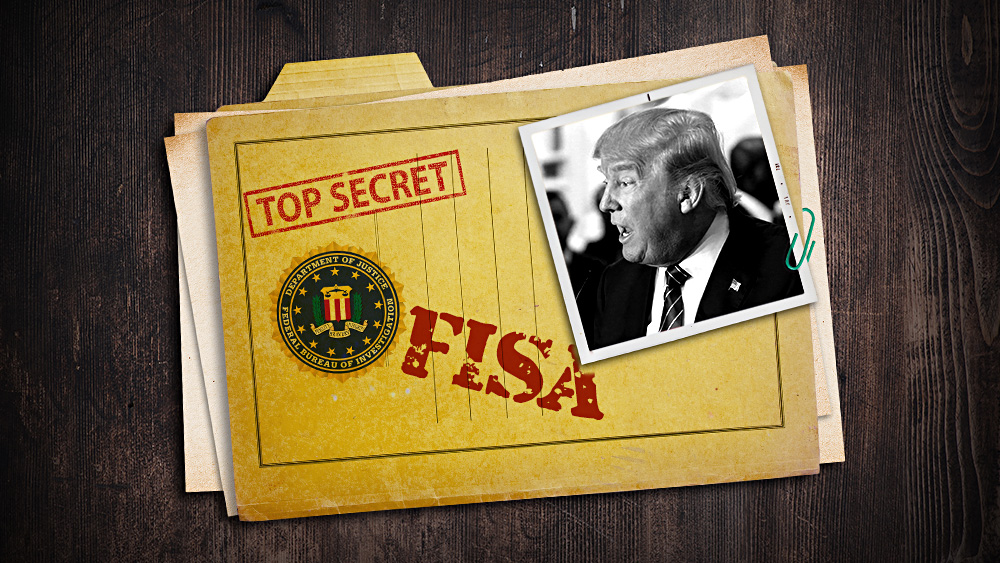 "FBI Swamp Creatures Claim Anyone Criticizing the B...":

Mr. Webster permit me, as a "Deplorable" here in fly-over land to school you. First point is that YOU have it all ass backwards. ANY government agency that holds to criticize said agency is a threat to the "rule of law" has become the real and actual threat to the Rule of Law, by holding itself above the rule of law and refusing to be held accountable for actions performed in its' name. Remember ALL work for any fed.gov agency works for the people not the other way around. Those people also include those very same "Deplorables" you and other inside the Belt-Way types hold in such contempt.

Secondly, we the people still have the Right (granted to us by our Creator) to "peaceably to assemble, and to petition the Government for a redress of grievances". You do remember the Constitution and the Bill of RIGHTS? Rights not privileges. It is NOT for you decide what is our own best interest. You and others may not how we the people vote into office; tough shit. Donald Trump was elected in part because he said the politically incorrect thing we say when we are with those with whom we can speak our mind to. He also publicly stated what we knew, and suspected to be true: Washington DC is a corrupt and evil swamp of self-serving out of control special interests. Mordor on the Potomac. We have seen how for decades certain politicians have literally gotten away with murder, lied under oath, lied on national TV to the American public, and have become millionaires via overt lawlessness without any consequences for their actions. We have seen YOUR agencies protect those who are criminals.

You (and all the elites on both coasts) don not have a clue as to how pissed off many average Americans are. We are very angry at YOUR abuse of power, the theft and squandering of OUR tax dollars and your arrogance and open disdain of the common man. You have lost the hearts and minds of the public. We no longer trust you or believe any thing you tell us. We do know bullshit when we hear it, sir. To say that the Bureau is not a "broken institution" is pure bullshit.

~~Anonymous
Posted by Brock Townsend at Thursday, December 19, 2019 No comments:

An emailer informs me that there is a buzz in Washington about a possible third article of impeachment coming from the crack investigative team of Pelosi, Nadler, and Schiff (PNS).  The allegation is that in 1991 Donald Trump returned a video to Blockbuster without first rewinding it.  If true, PNS hopes that this will tip the scales of the United States Senate in favor of conviction.

Posted by Brock Townsend at Thursday, December 19, 2019 No comments:

Posted by Brock Townsend at Thursday, December 19, 2019 No comments:

This is why Trump must drain the swamp

If you needed any more evidence that “the swamp” (a.k.a. the “deep state”) President Donald Trump is battling and attempting to drain is a institutional force dating back decades, look no further.

William Webster, a former CIA and FBI director, claimed in an op-ed published on Monday that the bureau is not a “broken institution” and that anyone who criticizes it threatens the “rule of law.”

Welcome to third-world democracy and impeachment

Are Chinese leaders correct in thinking that the U.S. is in irreversible decline, despite our current economic vitality? The impeachment process in the House of Representatives certainly reinforces the view of certain foreign, authoritarian leaders that the U.S. is descending into a political chaos that characterizes third-world “democracies” and which often leads to one-person rule.


More @ The Hill
Posted by Brock Townsend at Thursday, December 19, 2019 No comments: 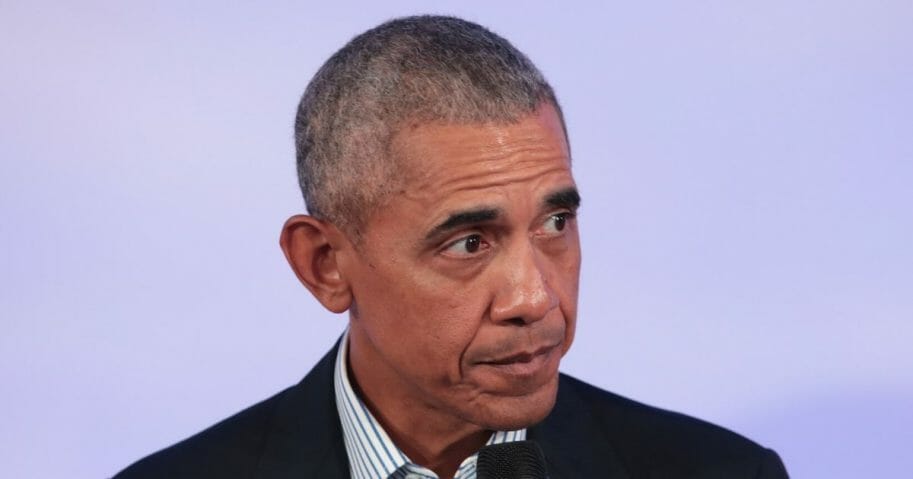 A federal appeals court has struck down the individual mandate portion of Obamacare while not invalidating the rest of the law, sending the case back down to a lower court judge who had previously ruled the law was unconstitutional.

According to The New York Times, by a 2-1 vote, the Fifth Circuit Court of Appeals in New Orleans invalidated the provision of Obamacare, or the Affordable Care Act, which required Americans to buy health insurance or pay a fine.

On the rest of the law, the court sent the case back to Judge Reed O’Connor of the Federal District Court in Fort Worth to “conduct a more searching inquiry.”

ENLARGED
Posted by Brock Townsend at Thursday, December 19, 2019 No comments:

Why do I support President Donald Trump?

Immediately after Mr. Trump announced that he would run for President, I decided to vote for him as President for America! This was not a sudden decision, but I have my own judgment and decision! The image of Mr. Trump as a successful businessman, shaking hands with President Ronald Reagan is always in my mind! In my eyes, President Reagan was not only a benefactor of the world when he overthrew communism in the Soviet Union, but he was always a savior for my family and many HO families! Without President Reagan’s approval of the Humanitarian Operation (HO) refugee program for former Vietnamese “Re-education” prisoners to sponsor more than 100,000 of the Army of the Republic of Vietnam soldiers and their families to settle in the United States, we would not be here today! Our family was among those to set our foot to this wonderful land in 1991! For our family, HO stands for “Hope” and “Opportunity”!

It is impossible to imagine the poverty of our family after the Fall of Saigon in 1975! Our Father was captured and imprisoned by the Communist after the war ended and left my mother with 5 young children ranging from 7 years old to 2 months old! I was the youngest one at the time. She was only 32 years old. She was the most extraordinary mother in my eyes! The only fortune that our father left behind for us was a small house but soon after that, the unimaginable thing happened-a fire completely burned the entire house down! Due to his high ranking, Father was in prison for 10 years! 10 years is a long time for a lifetime of imprisoned people, a brutal revenge of the communists! 10 years, our mother had to take care of 5 of us and tried to visit our father in the communist prison as much as possible!

Eventually, our father was released and we once became family again, the hardships have passed and we have rebuilt our family in this great country!... I am a Buddhist, I always have a good heart, if the North Vietnamese communists’s mission was to take care of their people, then perhaps, one day I will forget and forgive what they did to my father and my family... but no, evil the communist, selfish and savage people are still there! There is no freedom of speech, there is no human rights in Vietnam under the Communist regime!

We all have witnessed what is going on in Hongkong today. There are millions of them marching on the streets to protest again the Extradition Bill. As we all know, the British handed control Hongkong back to China in 1997 after 156 years of ruling Hongkong territory. Obviously, Hongkong people and its young generation have enjoyed a humanized education, they understand the value of democratic freedom, they value freedom, and human rights, so when they feel that the basic right will be lost if they are ruled by the Chinese communists, they are no longer afraid and stand up to fight for it! Don't compare Hong Kong youth with Vietnamese youth and then be disappointed! Young people in Vietnam have been brainwashed for many years, on top of that, they have different focus, they don’t want to be involved in politics, they don’t take the initiative to learn about the truth history of the Vietnam War, but rather believing in the Vietnamese Communist propaganda...

I support Mr. Trump for one reason and a single hope - he will follow the footsteps of the late President Ronald Reagan and destroy the communist Chinese Communist !! ! If Chinese Communist fell, the Vietnamese communist will automatically follow! That is my wish for a better Vietnam! 44 years has been more than enough for South Vietnam to endure! The Communist agenda is not for the better of its people but corruption, brutal attacks on those who voice their views that are not in line with their agenda!

I lost quite a few “friends" just because I supported President Trump, knowing that he was not a perfect person, talking frankly, easily offending others, but he fights for world peace, especially he does not like socialism/communism and for that only reason, he is my hope and my Vietnamese people! Democrats voted in a straight party line vote to impeach President Trump for abuse of power on Wednesday night.

House Speaker Nancy Pelosi wore black at her funeral Wednesday night after she walked her caucus off the cliff.


More @ The Gateway Pundit
Posted by Brock Townsend at Thursday, December 19, 2019 No comments: