Via comment by Eddie on The North Busy Rewriting History (1946)

On the night of June 3–4, 1781, Jack Jouett rode about forty miles from Louisa County to Charlottesville to warn state officials of the approaching British Army. The British had been threatening Richmond and central Virginia since the spring, and the General Assembly had fled to Charlottesville. On June 3, British cavalry under Lieutenant Colonel Banastre Tarleton assembled in Louisa County to attack Charlottesville. Jouett noticed them, guessed their intentions, and raced ahead to warn Governor Thomas Jefferson, whose term had just ended, and other members of the state government.

The assembly escaped to Staunton while Jefferson retreated to first to Monticello and then, eventually, to his second home at Poplar Forest, leaving Virginia without an elected governor for a few days.

The General Assembly honored Jouett's actions and he later moved to Kentucky, where he served in that state's government. His ride, meanwhile, achieved legendary status over the years, at least in Virginia. Over the next two centuries, various histories treated it as an important episode of the American Revolution (1775–1783), although some writers confused Jouett with his father of the same name. (John Jouett, the elder, owned the Swan Tavern in Charlottesville.)

Historical highway markers commemorating the event were erected both in Virginia and in Kentucky. And in 1940, the General Assembly of Virginia declared June 4 as Jack Jouett Day. In 2001, perhaps forgetting its early action, the assembly declared Jack Jouett Day to be June 3.


More @ Encyclopedia Virginia
Posted by Brock Townsend at Tuesday, November 14, 2017 No comments: Links to this post 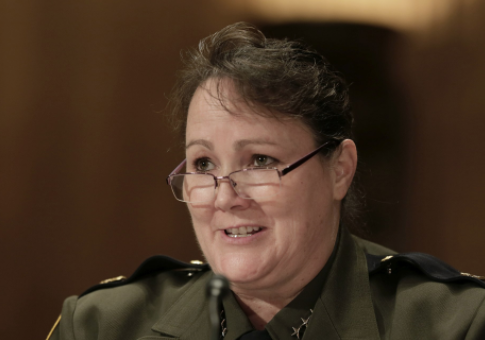 Speaking on Politico’s "Women Rule" podcast, Provost, the first female head of the Border Patrol, said the benefits of Trump’s support have extended to agents of all backgrounds. Journalist Amanda Ripley asked specifically whether Trump’s focus on the border, beefing up the Border Patrol, and building a border wall mattered to agents.

"Yes, I would say it’s definitely had a positive effect," Provost said. "When I’ve gone out and spoken with agents … I’m seeing that enthusiasm."

"It’s a dangerous job. It’s a tough job, but it is a job worth doing," she added. "And I think the fact that they’re getting some support certainly helps bolster their morale."


More @ The Washington Free Beacon
Posted by Brock Townsend at Tuesday, November 14, 2017 No comments: Links to this post 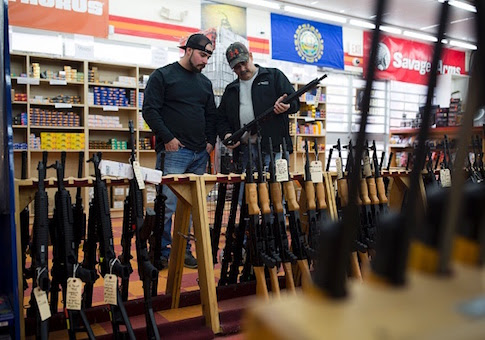 The Boston Globe's David Scharfenberg published an "ideas" piece on Friday in response to the recent Texas mass shooting in which he espoused a self-described "radical," "sweeping" policy change to curb gun violence in the United States.

"Hand Over Your Weapons," Scharfenberg wrote, arguing that less drastic measures proposed by Democrats and gun-control advocates are too "limited."

A liberal outside group is making a new push to defend special counsel Robert Mueller’s investigation into allegations of collusion between Donald Trump’s campaign and Russia, an effort officials with the organization say is meant to directly rebut recent criticism of the former FBI director from Republican lawmakers and conservative media.

Why Robert Mueller Was Selected To Be The Special Prosecutor

It all began with the 1996 bombing of the Khobar Towers apartment complex in the Saudi city of Khobar, which killed 19 U.S. military, who worked at the Dharan air base three miles away.
That incident became the lynchpin of the accusation by the Saudi royal family, the U.S. State Department, and the CIA, that Iran is the foremost state sponsor of terrorism.

Both Robert Mueller and his longtime ally James Comey (the latter of whose firing as the FBI chief, by U.S. President Trump, had sparked the appointment of Mueller to become the Special Counsel investigating the U.S. President) performed crucial roles in establishing that the Khobar Towers bombing had been a Hezbollah operation run by the Iranian Government - and, starting upon this basis, in helping to develop the case that Iran “is the foremost state sponsor of terrorism.”

However, as has been made clear by several great independent investigative journalists, on the basis of far more-solid documentation than the official account, the Khobar Towers bombing was instead entirely a fundamentalist-Sunni operation, specifically perpetrated by Al Qaeda, which hates Shia and which also hates America’s military presence in the Middle East. Osama bin Laden’s claim of the bombing's having been done by Al Qaeda, was, in fact, entirely honest and accurate.

America’s “Deep State,” which extends to Saudi Arabia and to a number of other Governments - it’s an international network - is deeply committed to supporting the fundamentalist-Sunni war to conquer and destroy Shia Islam, and not merely to conquer the leading Shia nation, which is Iran.


More @ Zero Hedge
Posted by Brock Townsend at Tuesday, November 14, 2017 No comments: Links to this post


I was taught in military school that entrapment was illegal.  Whatever happened to that?
Dated

Posted by Brock Townsend at Tuesday, November 14, 2017 No comments: Links to this post 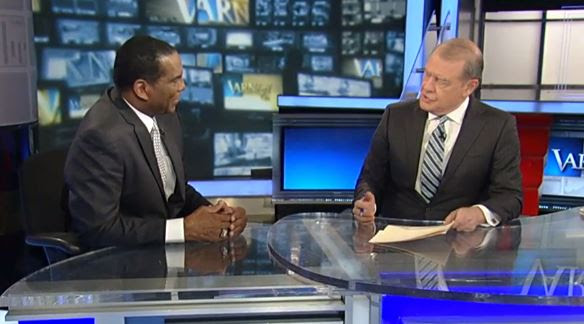 “[The enemy] is not each other,” Owens revealed. “It’s Marxist, liberal Democrats who use my race to get power.”

A former Super Bowl champion with the Oakland Raiders ripped into anti-American ‘citizen of the year‘ Colin Kaepernick, and claimed the NFL is being hijacked by Marxists.

And with the league’s pivot to allowing a platform of perceived ‘social justice’ during their games, who could argue?

Burgess Owens, who played free safety for the Raiders 1980 Super Bowl XV championship team, pulled no punches in blasting Kaepernick and the NFL for allowing the anthem-kneeling antics to continue.


More @ The Political Insider
Posted by Brock Townsend at Tuesday, November 14, 2017 No comments: Links to this post 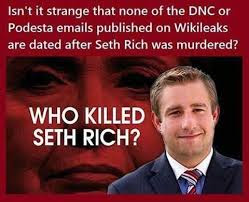 More than a year after his death, controversy continues to surround the murder of DNC staffer Seth Rich – and Donald Trump Jr. has breathed new life into the theory that Rich was the source behind the leaked DNC emails.

On Monday, Trump Jr. published on Twitter a direct message conversation between himself and Wikileaks that took place in October 2016, just three months after Rich was shot in the back outside his Washington, D.C., home. Wikileaks begins the conversation, “Strongly suggest your dad tweets this link if he mentions us,” before directing Trump Jr. to the link “wlsearch.tk/“. The link leads to a website titled, “My Name Was Seth Rich.”


More @ The Political Insider
Posted by Brock Townsend at Tuesday, November 14, 2017 No comments: Links to this post 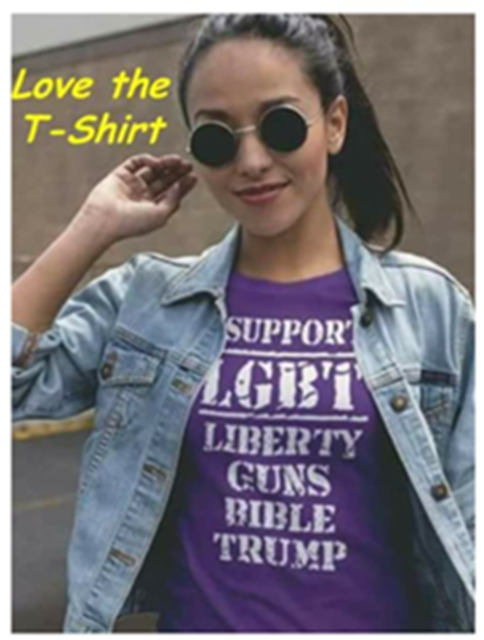 Posted by Brock Townsend at Tuesday, November 14, 2017 6 comments: Links to this post

Sweden Declares Milk to be a Racist Hate Symbol

While ISIS literally hijacks the airwaves to broadcast recruiting propaganda on radio shows, a Swedish government report has declared milk to be a racist hate symbol.

A report by the Total Defense Research Institute commissioned by the government concludes that both milk and the ‘OK’ hand sign are hate symbols that represent white supremacy.

The purpose of the report was to analyze Internet comments to “provide an insight into some digital environments whose common denominator is that they are all xenophobic.”

Other signs of “hatred” include using profanity as well as “expressions of anxiety or fear,” presumably over the thousands of Muslim migrants that pour into the country on a regular basis.

The attorney general testified before the House Judiciary Committee and told lawmakers that 27 investigations are underway.

“We intend to get to the bottom of these leaks. I think it has reached epidemic proportions,” Sessions said. “It cannot be allowed to continue, and we will do our best effort to ensure that it does not continue.”


More @ Washington Examiner
Posted by Brock Townsend at Tuesday, November 14, 2017 No comments: Links to this post 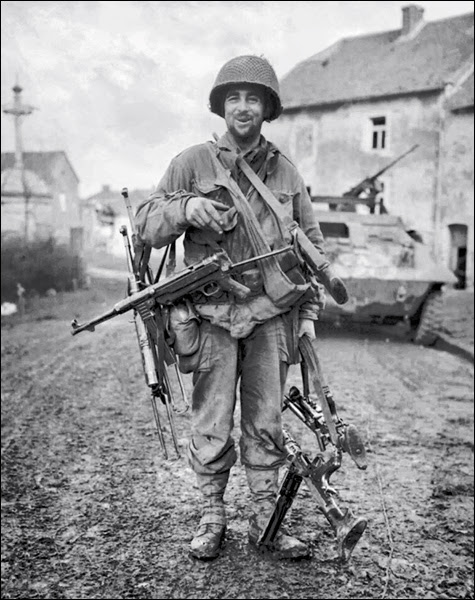 Captain's Journal - The Conversation Gun Controllers Need To Have With Their Wives ... If someone invades our home, I’m willing to let him rape or even torture you and kill our children

Off Grid News - They Seized His Truck Because He Had 5 Bullets ... kept it for two years

Diversity, Unz Review - If diversity is so wonderful, and in the self-interest of universities and businesses, why must it be imposed forcefully? Surely if it was as beneficial as advertised, there would be no need for disparate impact lawsuits. It is one thing to demand sacrifices for a clearly understood, noble cause—WW II rationing, for example. But it is quite another to demand sacrifices for a cause whose benefits rest on an obvious falsehood, and it is hard to imagine a bigger lie than “Diversity is Our Strength.” Even worse, today’s PC dogma insists that those coerced into this charade dare not complain, at least in public, since such caviling will be deemed “racist” and a defense of white privilege.

Equality, Campus Reform - Lisa Wade, a sociology professor at Occidental College, argued in May that fraternities should be abolished because they “hoard power” for “wealthy white men,” and because of the dangerous party culture they promote. Black fraternities could be an exception because “POC [People Of Color] -serving frats are much less problematic than historically white ones.” Instead of abolishing black fraternities, Wade proposed that they could “persist as one of the many orgs on campus aimed at creating space and support for marginalized/traditionally excluded students,” adding that she hopes there is a “concerted effort” to protect these POC fraternities in the move to abolish all other fraternities.

Posted by Brock Townsend at Tuesday, November 14, 2017 4 comments: Links to this post