New York, Florida, Texas and Alabama are the states projected to have the most fatalities 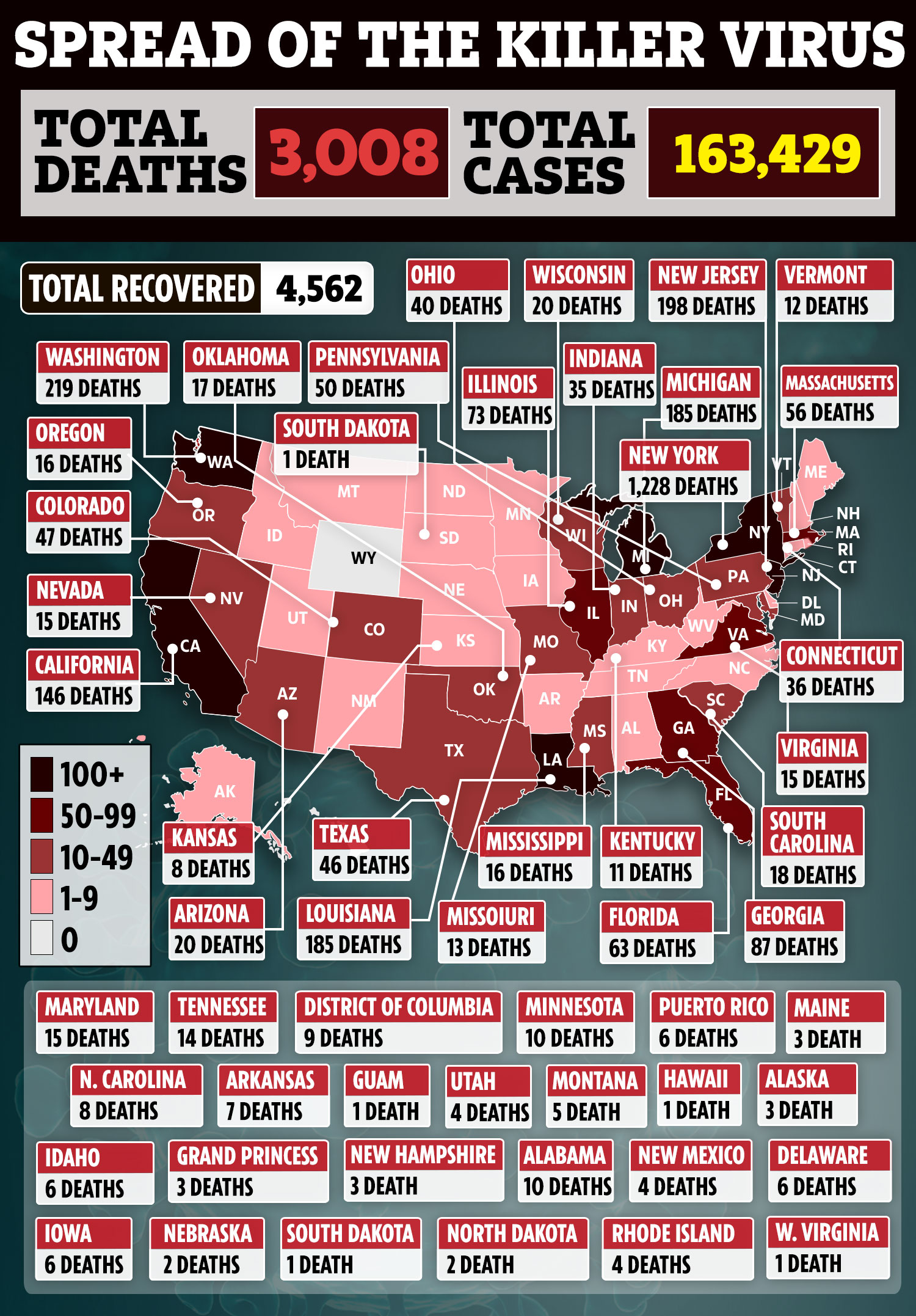 Coronavirus kills 1,000 in a single day in US, double that of the flu

According to the projection models used by the US government, Alabama may see the fourth most fatalities from COVID-19, assuming full social distancing through May 2020.

New York, Florida, Texas and Alabama are the states projected to have the median most fatalities from the COVID-19 outbreak.

The data suggests between 849 and 9,600 deaths in Alabama, and that 3,504 invasive ventilators will be needed in the state.

The study projects there will be 4,382 ICU beds needed, but only 474 ICU beds available, with a shortage of 3,908 ICU beds.
Posted by Brock Townsend at Thursday, April 02, 2020 No comments: Links to this post

The Strange Career of Segregation In the beginning, there was no segregation, certainly not in the sense that we commonly use that term today. Consider in evidence our Southern distinctiveness, which is rooted in a folk culture compounded of black and white influences: our modes of speech; our rich cuisines and rites of conviviality; our varied and original musicality; our arts and crafts; our story-telling traditions; our sometimes unbridled passion for sport; our legends and superstitions; our humor; and our attitudes towards work and leisure. (For an exhaustive catalog, see The New Encyclopedia of Southern Culture, now four volumes long.) From the South Carolina Sea Islands to the Piney Woods of east Texas, these overlapping folk traditions thrive, and, despite many local variations and anomalies, they bind Southerners together into a unique people, regardless of race or class. Nor is Southern folk culture exclusively a product of the rural South. Charles Joyner, in his Shared Traditions (1999), insists that for the most part folk culture is portable, and also thrives (and is sometimes transformed) in urban milieus. As more than one historian has noted, African slavery was a relatively late development in the Northern states. When slaves arrived in places like New York or Pennsylvania, they entered long-established communities and had very little role in shaping the local cultures. Indeed, in the North, they were never more than 10% of the slave population of colonial North America. In the South, slaves were among the earliest settlers. Blacks and whites in the South have always been fellow travelers, and have as often as not lived cheek by jowl, at least until recently.


More @ The Abbeville Institute
Posted by Brock Townsend at Thursday, April 02, 2020 No comments: Links to this post 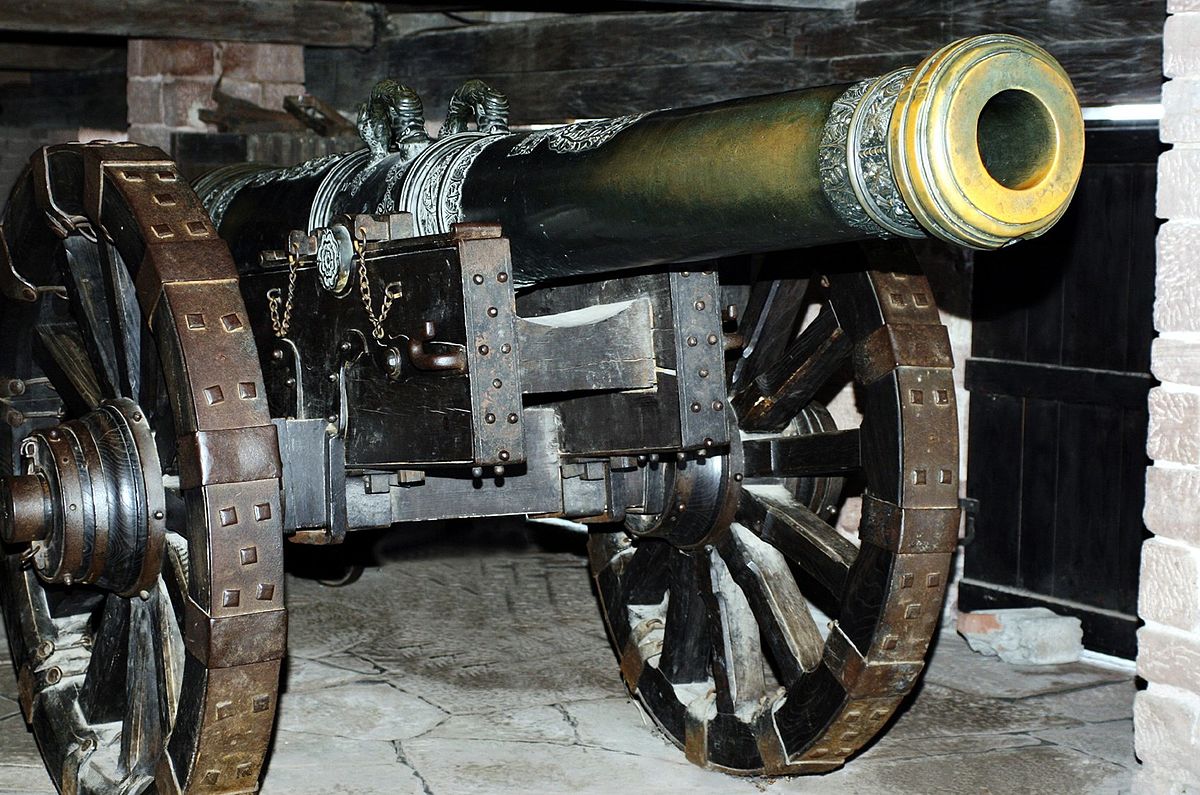 12 Round Enterprises was conceived of, created as and served to exist as a conduit for the message of freedom and capitalism. Our first documentary Lies of Omission was an indictment of the media's ability to ignore open crimes, unconstitutional acts and all with the purpose of promoting communism. Lies of Omission was our attempt to broaden the scope of reliable sources of information (away from the daily talk show hosts and pundits that are so often consumed by their need to sell products) It was never perceived as a means of making money, except so that we could further support those also engaged in the struggle for freedom, capitalism or individual rights. To that end, we have never made any money for ourselves, not one dime. Someday, that may not be true, but the idea that we will ever be justly compensated for the career-killing activities we have taken part in, in an ever-increasingly communist nation, is a pipe dream.


More @ Twelve Round
Posted by Brock Townsend at Thursday, April 02, 2020 No comments: Links to this post

Never Trumpers Like Joe Biden and Hate the South Thoughtful Southerners of a conservative and traditional bent have known since the 1980s that the old Conservative Movement which began back in the 1950s with the publication of Russell Kirk’s The Conservative Mind, and then with the inauguration of William F. Buckley’s National Review, has no room for them, no room for their writers (unless those authors pass a rigorous test as to their opposition to “racism” and “sexism”).


At one time significant Southern eminences like Mel Bradford, Andrew Lytle, and others were welcomed to the pages of NR, to Kirk’s Modern Age and to other conservative journals, but those venues saw their doors close to Southern traditionalists in the later 1980s and early 1990s. Indeed, that process had begun years before with the migration of various non-Communist Leftists and Trotskyites into the Movement, with those interlopers—the Neoconservatives—assuming authoritative power in the establishment Conservative Movement. At first welcomed, the newcomers soon gained near complete control…of magazines, foundations, think tanks, and more. [There are two excellent articles in the February 2020 issue of Chronicles magazine, by Scott Trask and Paul Gottfried, exploring the disgraceful treatment of Bradford by the Neoconservatives.]


More @ The Abbeville Institute
Posted by Brock Townsend at Thursday, April 02, 2020 No comments: Links to this post

Martha McSally Urges WHO Director to Resign & Blackburn: China ‘Should Waive Some of Our Debt’ — ‘They Have Made a Global Pandemic Worse’ 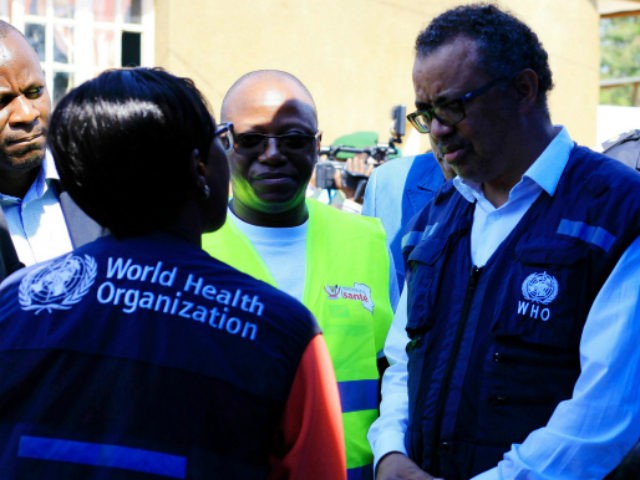 Martha McSally Urges WHO Director to Resign over Coronavirus 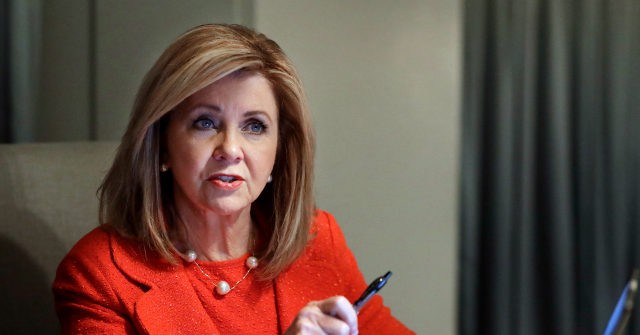 Blackburn: China ‘Should Waive Some  Debt’ ‘They Have Made a Global Pandemic Worse’

Posted by Brock Townsend at Thursday, April 02, 2020 No comments: Links to this post

Posted by Brock Townsend at Thursday, April 02, 2020 6 comments: Links to this post 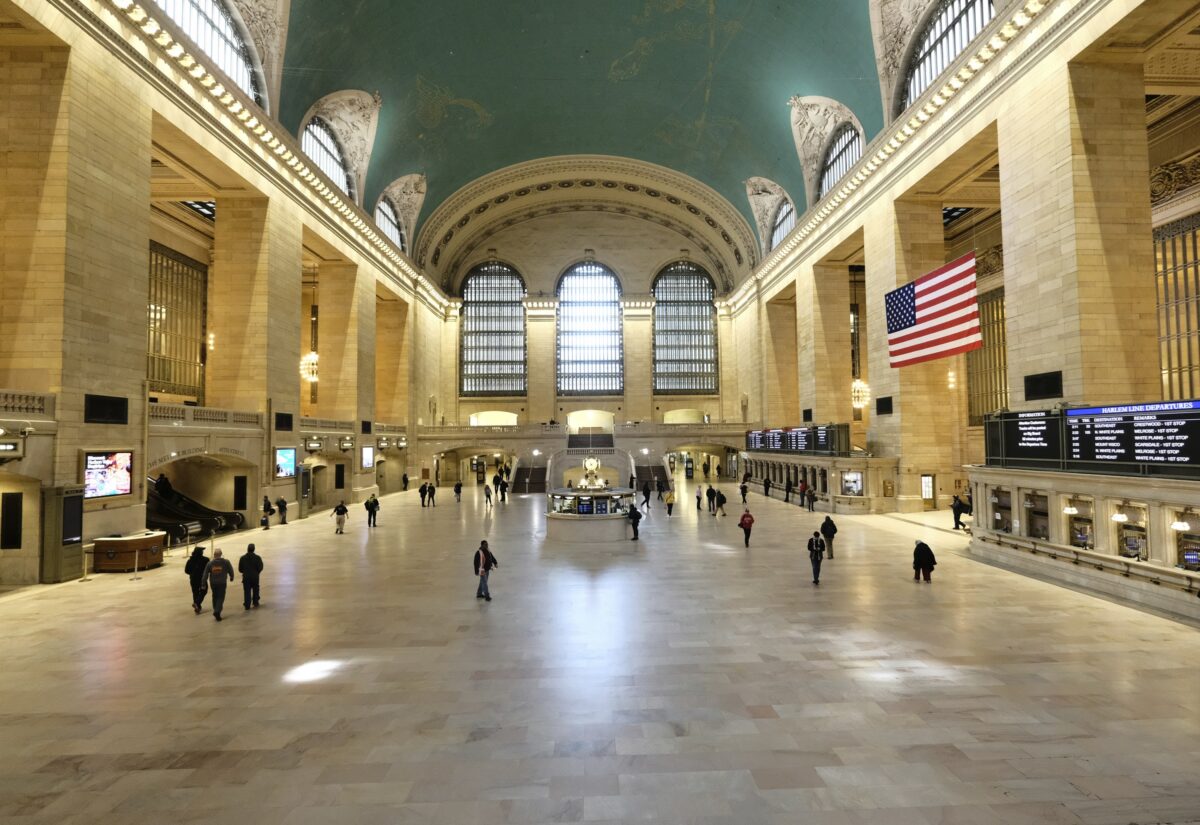 I think it should be CCPV!

President Donald Trump is weighing travel restrictions for people trying to visit places where the CCP virus is spreading.

Some states have issued limitations on travelers from other states, particularly against New York and surrounding states. New York has the most cases and deaths from the CCP (Chinese Communist Party) virus, commonly known as the novel coronavirus.

Emerging in China last year, the virus has since spread to countries around the world. It causes COVID-19, a disease that proves deadly in a small percentage of patients.


More @ The Daily Wire
Posted by Brock Townsend at Thursday, April 02, 2020 No comments: Links to this post

"....four/fifths of coronavirus patients who need ventilators will end up dead.”

Infectious Disease Specialist: ‘This is the Beginning of the End of the Pandemic’

Dr. Stephen Smith, whom Fox News’ Laura Ingraham describes as one of the preeminent infectious disease specialists in the U.S., announced some very good news which, if true, would be a game changer in the fight against the Chinese coronavirus.

For those of us who are unfamiliar with some of the terms, he explained that when a patient goes into respiratory failure, they are intubated (they insert a tube into the patient’s trachea), and placed on a ventilator. He said that, so far, 20 of his patients have been intubated. And that has generally happened on day two.


More @ Red State
Posted by Brock Townsend at Thursday, April 02, 2020 No comments: Links to this post 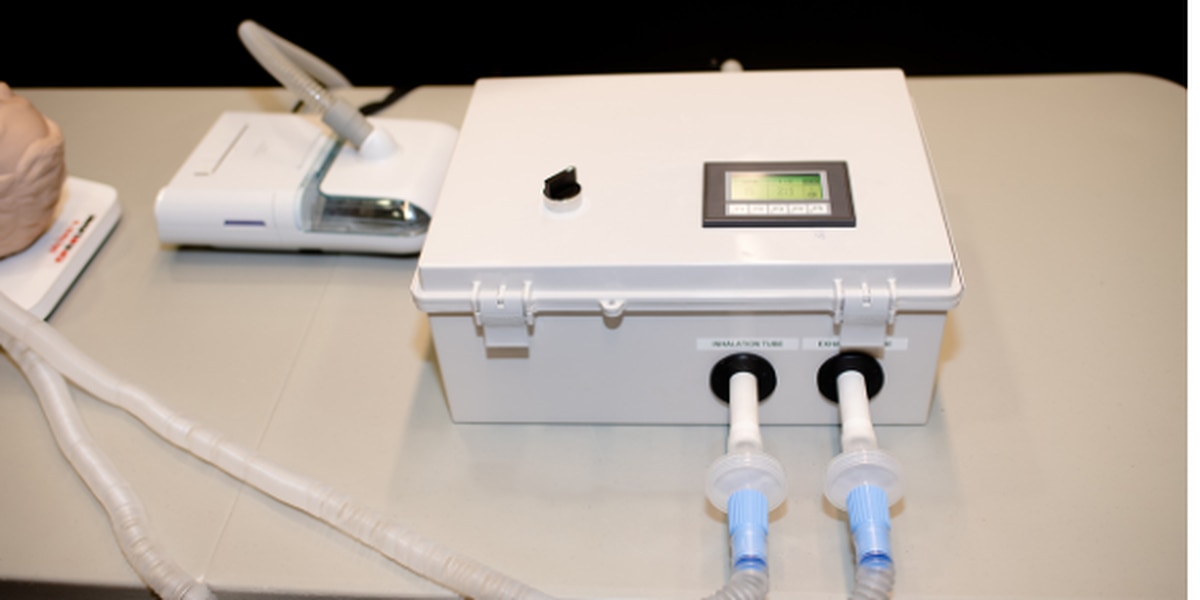 A team at Auburn is using reinvention to come up with a solution to what could be a ventilator shortage across the state.


The Auburn University engineering professors, students and alumni have successfully re-purposed a standard CPAP machine into a functional emergency ventilator for health care providers to use during the Coronavirus Disease 2019 (COVID-19) crisis.

The team says their goal with the Auburn RE-INVENT Project was to develop a reliable option for an emergency ventilator that could be assembled using readily available commercial off-the-shelf components combined with a home CPAP machine.

More @ WBRC
Posted by Brock Townsend at Thursday, April 02, 2020 No comments: Links to this post


A little less than two months ago, the U.S. State Department made a curious announcement that suggests President Trump’s “America First” administration put “China First” at a critical moment during the burgeoning Wuhan pandemic.

I asked the State Department about the controversy this week—and the vague and nonresponsive responses I received on background from a Foggy Bottom spokesperson raise more questions than they answer.

The Feb. 7, 2020 press statement attributed to Secretary of State Mike Pompeo is headlined: “The United States Announces Assistance to Combat the Novel Coronavirus.” That week, we are told, the State Department “facilitated the transportation of nearly 17.8 tons of donated medical supplies to the Chinese people, including masks, gowns, gauze, respirators, and other vital materials. These donations are a testament to the generosity of the American people.”


More @ Michelle Malkin
Posted by Brock Townsend at Thursday, April 02, 2020 No comments: Links to this post

Trump Launches Massive All Out Military Offensive On Drug Cartels 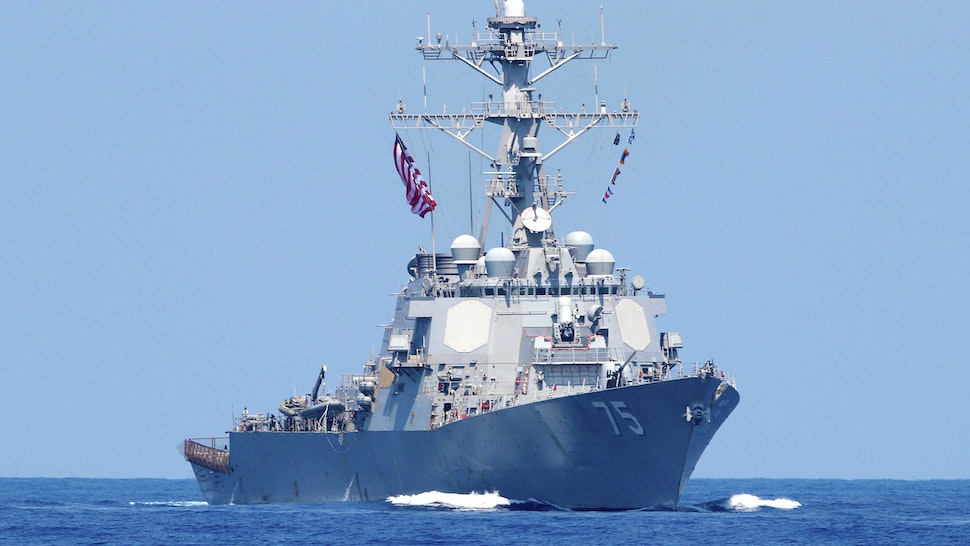 President Donald Trump announced on Wednesday that the administration was launching an all out assault on Mexican drug cartels using the U.S. military.

“As governments and nations focus on the Coronavirus, there is a growing threat that cartels, criminals, terrorists, and other malign actors will try to exploit the situation for their own gain and we must not let that happen,” Trump said. “We will never let that happen. Today the United States is launching enhanced counter narcotics operations in the western hemisphere to protect the American people from the deadly scourge of illegal narcotics.” 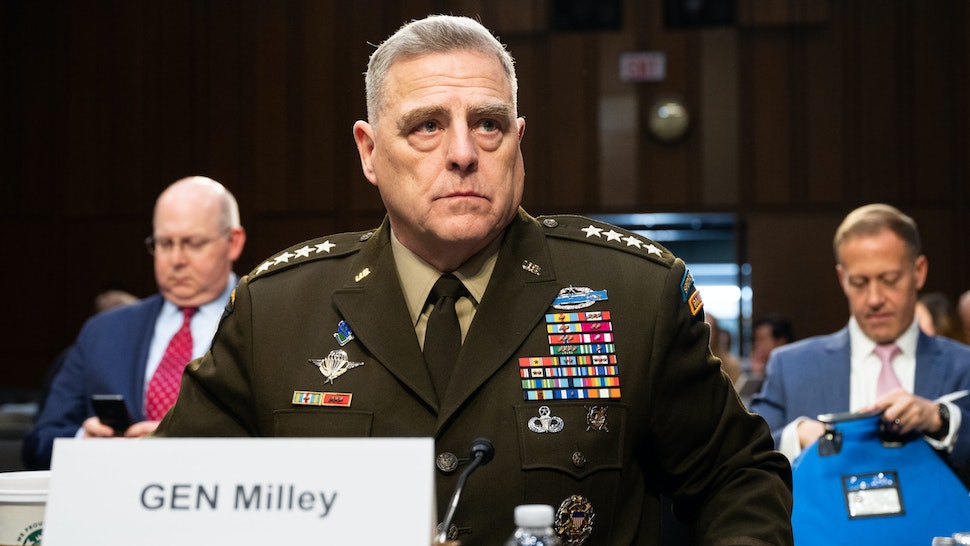 General Milley Drops Hammer On Mexican Cartels: ‘We Will Defend Our Country Regardless Of The Cost’

Posted by Brock Townsend at Thursday, April 02, 2020 6 comments: Links to this post 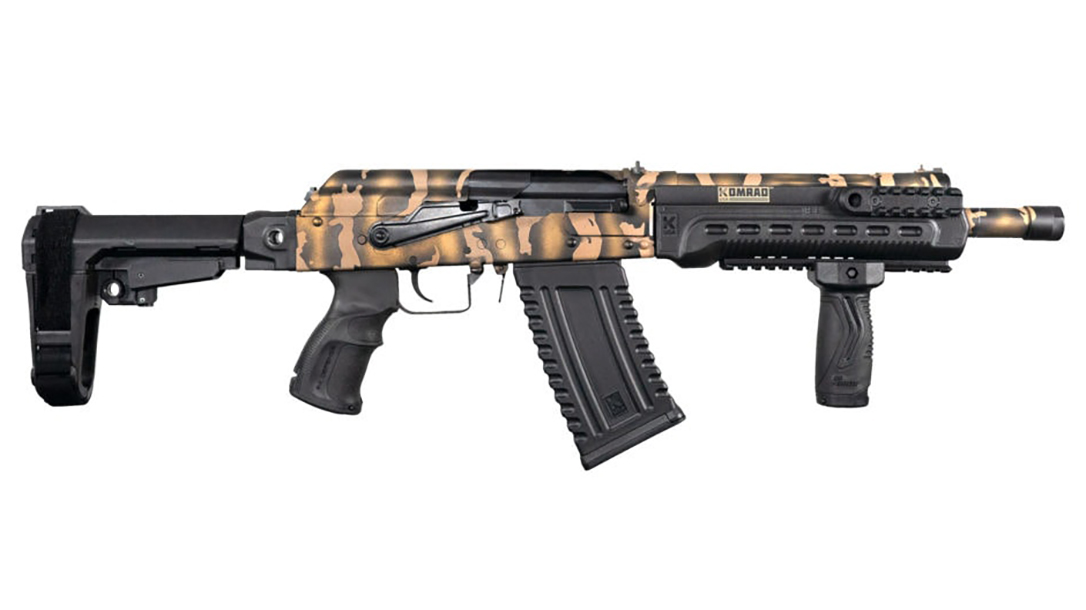 Kalashnikov USA plans to offer the Komrad for a limited time. The company will produce an undisclosed small number of arms then retire the model. The Komrad also marks the first ever direct-to-consumer firearm from Kalashnikov. No tax stamp and non-NFA, the Komrad delivers tremendous appeal.


More @ Tactical Life
Posted by Brock Townsend at Thursday, April 02, 2020 No comments: Links to this post

Bloomberg News reports that the US intelligence community has concluded that China is “intentionally” hiding the true numbers of its coronavirus cases and fatalities — a fact that should surprise no one, and is yet another way Beijing has made the pandemic a bigger problem for the rest of the world.

Deborah Birx, the doctor-diplomat who’s leading the White House response to COVID-19, made it clear at a briefing this week: “When you looked at the China data originally,” she said, “you start thinking of this more like SARS than you do a global pandemic.” It wasn’t until data started coming out of Italy and Spain that public-health officials realized the problem would be far bigger “than anyone expected.”

In other words, if Beijing had reported the true size of the outbreak there, public-health experts would’ve been sounding much louder alarms at the start — and the rest of the world would have begun making much greater preparations, sooner.