Media and Professors say You're Racist if You Have White Children Bonnie Blue Flag by Don Troiani
Mule Shoe, Spotsylvania Court House, May 12, 1864
With Federals pouring over the entrenchments, Confederate formations are in disarray. To encourage his comrades, Private Tisdale Stepp of the 14th North Carolina begins singing the stirring Southern anthem Bonnie Blue Flag and others soon join him.

The “Bloody Angle” at the battle of Spotsylvania on May 12, 1864 was a severe test of Lee’s men against the overwhelming forces of Grant – the latter mounting successive attacks in his war of attrition against Lee’s army. In two weeks of fighting since the start of the Wilderness battles, Grant had already lost 32,000 men to battle as well as 20,000 who reached the end of their enlistments. But more foreign and bounty-enriched recruits would replenish his ranks; despite the continuing heroism of his troops, Lee’s losses were near impossible to repair.
Bernhard Thuersam, www.Circa1865.org   The Great American Political Divide

“The battle is indescribable except by catalog of those deeds of individual heroism that happened to be noted and to be remembered in quieter hours . . . The problem is how to account for Lee’s success and Meade’s failure.” He ascribes it, of course, to “the success of Lee’s men in keeping the battle within the breastworks and to the actual combat of the fight. Lee’s exact knowledge of the tensile strength of his material enabled him to use them to the best possible advantage in succession.”

Comparing their successive hand-to-hand contests with the battles in Greek and Roman warfare, he discusses the psychology of their endurance, the hero’s instinct to fight it out, and the will to win.

He concludes: “All this however does not account for the devotion of the actual combatants. The conditions at the point of contact were certainly such as no man could have endured for long.” He did not know that the South Carolina brigade fought continuously at the point of contact for eighteen hours – achieving the supposed impossible.

Generals Grant, Meade and Wright endeavored all day to reenter the Salient at that “vulnerable” west angle. By defeating them there, Harris’ Mississippi and McGowan’s South Carolina brigades defeated their purpose for the whole battle.

With Lee’s infantry and artillery manning it, the new line was practically impregnable to the Federals. General Barlow, whose division a week later, again led in assault, wrote “On th 18th [of May] we assaulted their second line without success.” This was at 4AM and was a carefully planned combined assault by Hancock’s Second Corps, strengthened by eight thousand fresh troops from Washington.

Wright, Burnside and Warren were to cooperate, but did not attack because the heavy artillery and musketry fire soon drove back Hancok’s troops. “Thus ended the last concerted effort to break up the Confederate lines of defense at Spottsylvania.”

The soldiers who, by their long death struggle made the building of Lee’s new line of breastworks possible, were the South Carolinians who “held the key to the Confederate arch” through the great day of battle – or who died there. There they left their dead and the many wounded unto death. They had not failed. The sacrifice of the heroes in the Bloody Angle line was necessary to save the lives of many others.

General Lee telegraphed to Richmond that after the losses at daybreak “thanks to a merciful Providence our subsequent casualties were not large” – that is, in the army as a whole. At the Bloody Angle, the Mississippi and South Carolina brigades each lost about half their numbers. [The losses elsewhere] would have been great if the soldiers holding the apex-line at the Angle had given way before the new intrenchments were ready.

Upon one brigade depended the fate of the army more than is usual even in battle. They died there that they might save their army. Facing almost certain death, it seemed, for eighteen hours, they and their brigade kept the vastly greater numbers of the enemy who were assaulting them from breaking through to the heart of Lee’s army . . . By their suffering and death many thousands of their comrades were saved.”

The Battle of Richmond 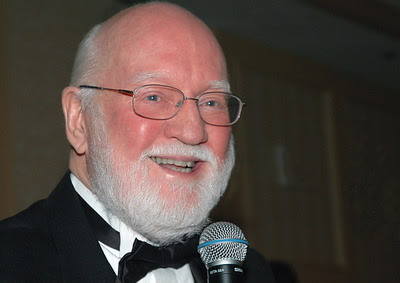 The author below rightfully points to the slave trade which flourished in Africa where chieftains raided neighboring tribes and sold captives – men, women and children – into slavery. In addition, Arab slave traders were well-established long before European traders found already-enslaved Africans available for purchase. As late as the 1950s, the Touareg tribe in Timbuktu was found to still hold slaves, as was its tradition for centuries. (See: The Slaves of Timbuktu, Robin Maugham, Harper & Brothers, 1961). Volkswagen named its medium-sized SUV in honor of this slave-holding tribe.

Further, New England’s transatlantic slave trade had Providence, Rhode Island as its center by 1750, surpassing Liverpool, and New England’s industrial base is said to have been built upon slave-trade profits. The State and city of New York is named after the Duke of York, founding member of the Royal African Company which existed for the purpose of importing Africans into the colonies; Massachusetts inventor Eli Whitney single-handedly perpetuated slavery with his invention in 1793. These are symbols of slavery, which the South would not have had within its boundaries had it not been for their actions.
Bernhard Thuersam, www.Circa1865.org   The Great American Political Divide

The Battle of Richmond

“Every record book has been destroyed or falsified, every book has been rewritten, every picture has been repainted, every statue and street has been renamed, every date has been altered. And the process is continuing day by day and minute by minute. History has stopped. Nothing exists except an endless present in which the Party is always right.”   George Orwell, 1984.

“The history police from Orwell’s “Ministry of Truth” are at it again. Robert E. Lee’s picture, among 30 planned for an historical display along Richmond’s waterfront, was briefly removed because of protests by Councilman Sa’ad El-Amin. He claims the Confederate general is an offensive symbol of slavery.

James E. Rogers, president of the Richmond Historic Riverfront Foundation, was one of the cowed officials who made the decision to take down the portrait of Lee.

This and other attacks on the display of Confederate symbols show that the spirit of intolerance in Big Brother’s 1984 lives on today in campaigns to purify American history and obliterate any symbols of its past that do not pass the test of political correctness. The history police goose-stepping through our culture are quite willing to throw out the baby with the bath water.

What is the baby? For African-Americans, it is the fantastic accomplishments of blacks during the days of slavery in the South. Those accomplishments during that difficult time should engender nothing but pride in American blacks today. Yet that satisfaction is systematically and deliberately denied to black Americans by their so-called leaders.

Why? Because those leaders have more to gain by fomenting racial discord than by harmonizing the many common bonds between white and black Virginians.

[The] special target of black racists is the Confederate nation and any symbol of reverence of it. Thus we see campaigns all over the South to remove the Confederate battle flag from public view.

In a vivid testimonial to America’s declining educational standards, critics like City Councilman El-Amin take the erroneous and self-serving view that the Confederates fought for slavery and the North fought against it. That would have been news to both Bluecoats and Greybacks. Most Southerners fought because their homeland was invaded by those who refused to let them depart the Union in peace, just as both North and South had departed from Great Britain under George III.

Black radicals pick on General Lee, but they turn a blind eye to their own history. How does Mr. El-Amin reconcile the debasement of Lee and Washington with the fact that African tribal leaders enslaved and sold millions of blacks to the slave traders?

According to political correctness, white leaders who owned slaves moral lepers, but black historical figures who did so are to be honored. Why should we not be offended by displays of African dress and the celebration of African holidays? Might they not be a “painful reminder” of the horrible enslavement of blacks?”

Kyrsten Sinema in 2002: It'd be 'inappropriate' to condemn destruction of property by anarchists 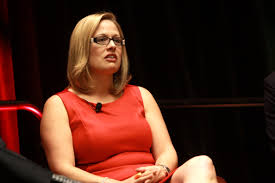 A decade before she took an oath to defend and uphold the Constitution, Rep. Krysten Sinema was palling around with anarchists. And while the Arizona Democrat certainly condemns violence now, as a far-left activist, Sinema refused to condemn anarchist destruction of property.

Emails from June 2002 and obtained by the Washington Examiner give insight into Sinema's work as a community organizer for the Arizona Alliance for Peaceful Justice. The group, she wrote at the time, “opposed the use of violence and weapons in all situations” and “believes in world disarmament.” For all those high-minded ideals though, Sinema wasn’t ready to force her beliefs on anarchists.

Where feasible the ARVN family lived with the soldier

Posted by Brock Townsend at Saturday, October 13, 2018 No comments:

SERIOUSLY? The European Union believes that it is able to accommodate 3.8 billion more refugees and migrants!

According to the EU Commission, the European Union’s member states can accomadate 3.8 billion – yes, BILLION – refugees/asylum seekers/economic migrants (a majority of whom are Muslims from Africa and the Middle East). The EU’s current total population is approximately 510 million.

This May Be The Looniest Anti-Male Op-Ed Ever Written. And The Washington Post Just Published It.

On Friday, The Washington Post ran what could easily rank as the single looniest op-d they’ve ever run: a piece from Victoria Bissell Brown, retired history professor at Grinnell College, arguing that men are incapable of being good, even if they oppose sexism. Men are, by nature, vile and terrible, and can’t fix anything by listening to women – instead, they must change from within. Sadly, though, they’re not capable of such change, which begs the question: what the hell are men supposed to do, aside from die?

Brown begins by talking about screaming at her husband. Really.