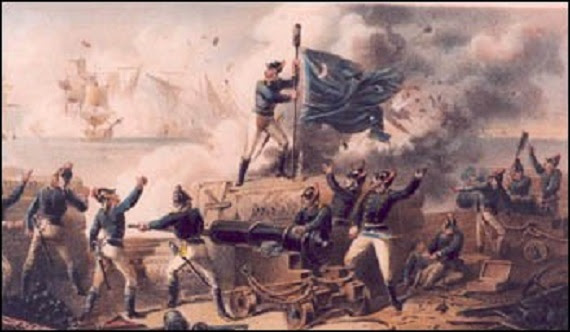 Sleep sweetly in your humble graves,
Sleep, martyrs of a fallen cause;
Though yet no marble column craves
The pilgrim here to pause.

In seeds of laurel in the earth
The blossom of your flame is blown,
And somewhere, waiting for its birth,
The shaft is in the stone!

Meanwhile, behalf the tardy years
Which keep in trust your storied tombs,
Behold! Your sisters bring their tears,
And these memorial blooms.

June 28th is an official holiday in the state of South Carolina, although outside of Charleston, it has almost entirely been forgotten. South Carolina’s Code of Laws, 53-3-140, reads as follows:

June twenty-eighth of each year, the anniversary of the Battle of Fort Sullivan in 1776, is declared to be “Carolina Day” in South Carolina.

Known as Palmetto Day or Sergeant Jasper’s Day prior to 1875, this day marks one of the defining moments of the South Carolina’s antebellum history and would set the tone for the major role she would play in the War to Prevent American Independence —a war in which British troops, at the behest of King George III, tried to coerce 13 seceded colonies back into the British Empire.

Ha! :) White House says no one above the law

Well, except for the administration. They're making Grant's look good.
The latest on the county clerk in Kentucky who has refused to issue marriage licenses since the Supreme Court legalized gay marriage (all times local):

The White House says no one is above the law, including a Kentucky county clerk who was sent to jail for contempt after refusing to issue marriage licenses to gay couples.

President Barack Obama has yet to express his views on the matter, but White House press secretary Josh Earnest says "on principle, that the success of our democracy depends on the rule of law, and there's no public official that is above the rule of law." 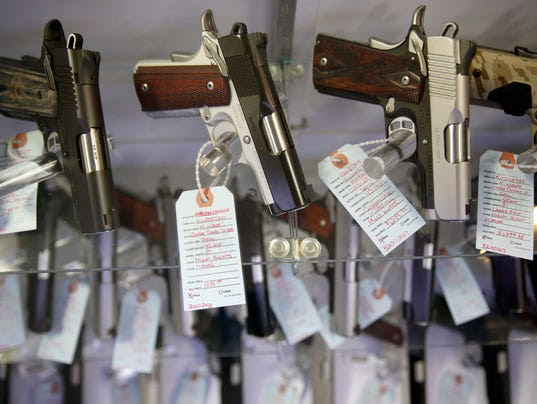 Renewed calls for more restrictive gun laws, following a succession of fatal shootings in the United States, immediately appear to be generating a boost for the gun industry.

Newly released August records show that the FBI posted 1.7 million background checks required of gun purchasers at federally licensed dealers, the highest number recorded in any August since gun checks began in 1998. The numbers follow new monthly highs for June (1.5 million) and July (1.6 million), a period which spans a series of deadly gun attacks — from Charleston to Roanoke — and proposals for additional firearm legislation. 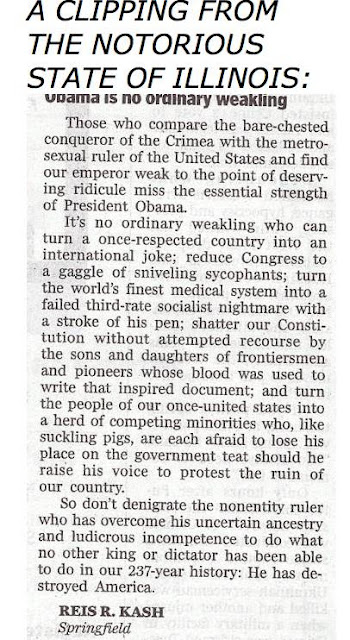 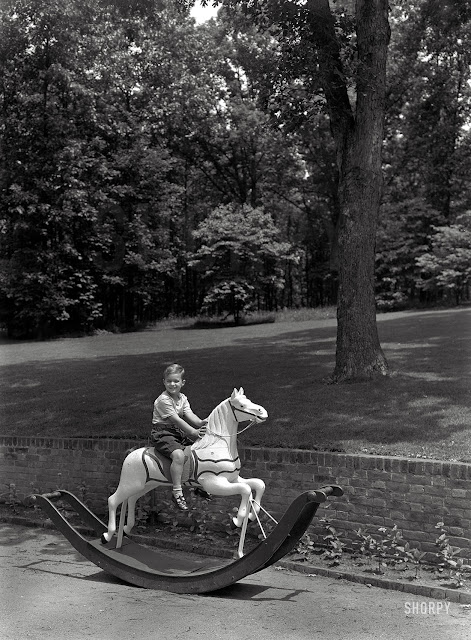 We were fishing at his pond some years ago when my wife became sick and lost our 8 month old baby due to a miscarriage.  Would have been a boy and I'd have 7 girls and 1 boy except for miscarriages. :)
More @ NamSouth
12 Southern Pictures 1905 - 1960


In its crusade to protect and assist illegal immigrants, the Obama administration has accused an American company of discrimination for requiring employees to furnish proof that they are eligible to work legally in the United States.

You know the nation is in trouble when a U.S. business gets investigated by its own government for following the law. The case involves a Nebraska meat packing company that demanded workers to furnish proof of immigration status for the federal employment eligibility verification process. The Obama Department of Justice (DOJ) went after the company, accusing it of engaging in employment discrimination.

Paul Rosenberg: What An Actual Leader Would Say

Publius Huldah: The Plot to Impose a National Sales Tax or Value Added Tax
@ The Appalachian Messenger
Posted by Brock Townsend at Friday, September 04, 2015 No comments:

Via comment by Quartermain on Repost: Black Power A Done Deal 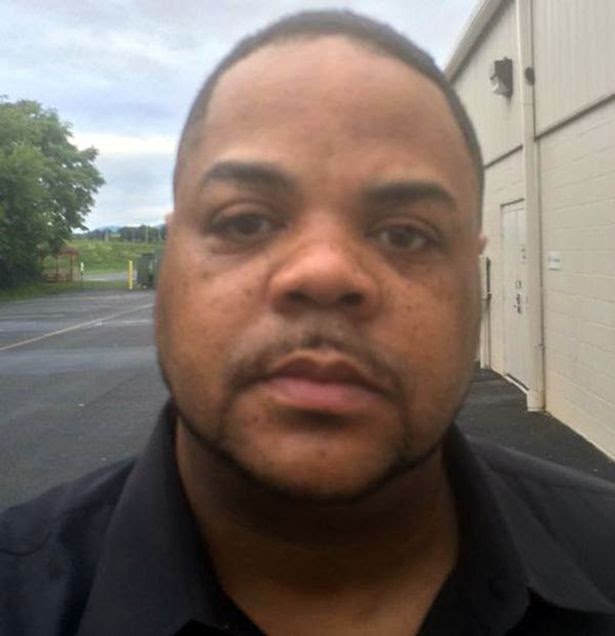 
Imagine if, while discussing the Holocaust, we spoke about ‘gas chamber violence,’ or while discussing Islamic State mass beheadings, we talked instead of ‘machete violence.’ Or suppose that discussions of the lynching of blacks were peppered with references to ‘rope violence.’ None of this would sit well with decent human beings, for it is clear, or at least it is thought that it should be clear, that such descriptions miss entirely that which is fundamental to the phenomena being described—the perpetrators responsible for these wicked deeds.

.................(because) “I get sick and tired when it’s the other way around, when an officer defends his life, they always point out that it’s a white officer shooting an unarmed black suspect.”

A record 94 million Americans are not in the labor force today.

Participation rate is at its lowest level since 1977.

Huckabee: “What a world, where Hillary Clinton isn’t in jail but Kim Davis is,”

Kentucky Court Clerk Kim Davis is getting some national support from former Arkansas governor and presidential candidate Mike Huckabee. Huckabee is holding a rally to protest Davis’ imprisonment on a contempt charge.

The rally, called the “I’m With Kim Liberty Rally” will be held in Kentucky on Sept. 8.

Via comment by Anonymous on As $PLC maps Confederate monuments, groups resist ... 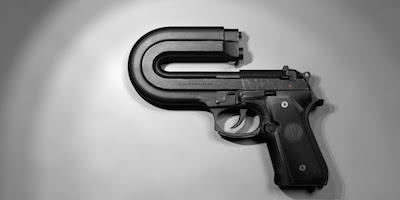 As I write America waits, again, to see whether blacks will riot, this time in Ferguson. Will they loot, burn, kill, and rape? The usual? The police in Ferguson prepare to protect stores from looters, as rioters seem to regard their insurrections as shopping opportunities.

Will it come, we wonder tensely? Will the destruction get out of hand, spread to other cities?

It is curious that blacks, the least educated thirteen percent of the population, the least productive, most criminal, and most dependent on governmental charity, should dominate national politics. Yet they do. Virtually everything revolves around what blacks want, demand, do, or can’t do. Their power seems without limit.


More @ Fred On Everything
Posted by Brock Townsend at Friday, September 04, 2015 6 comments:


I’ll make this very brief, for it’s not that complicated. Rowan County, Kentucky clerk Kim Davis broke no laws. In fact, she kept to her oath of office and upheld the Kentucky state Constitution by refusing to issue marriage licenses to homosexual couples. Setting aside her Christian beliefs here, I ask anyone to show me the codified law of Rowan County or the state statute in which she has allegedly violated. It does not exist.

The “dirty little secret” that the Marxists, Communists and Fabian Socialists who have captured our nation desperately don’t want you to know is that Kim Davis executed her duties exactly as she was elected to do, for there is no law that permits Kim Davis or anyone in her office to issue marriage licenses to homosexual couples. None! The Supreme Court opinion of June 26, 2015 does not trump the laws of the state or county and is not the law of the land – period.

The Cost of Total War in the South 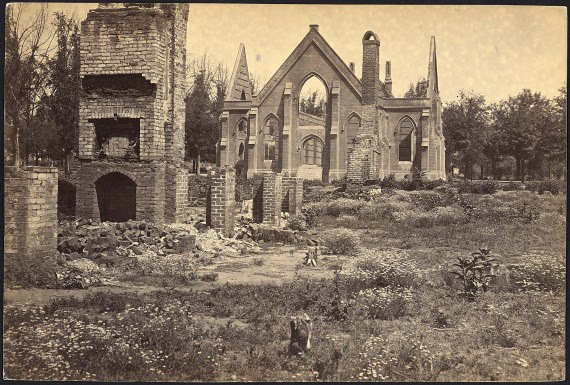 Chapter 29, on “Lives Lost,” in the newly released booklet, “Understanding the War Between the States,” reveals startlingly higher numbers of people who lost their lives as a result of the War for Southern Independence, especially among Southern soldiers, civilians, and blacks.   New scholarly works on these topics are the basis for these significantly higher figures.   I learned this in research for the writing of this chapter. 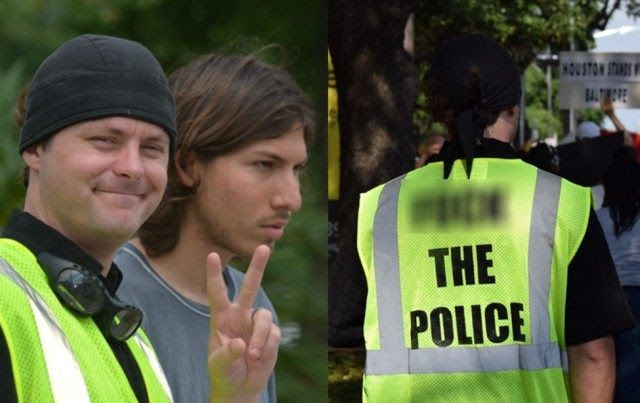 The Council on American-Islamic Relations (CAIR) has joined the Black Lives Matter movement.

As Michelle Moons reported, CAIR leaders and members joined Black Lives Matter in a march on the California State Capitol on Wednesday, targeting Gov. Jerry Brown’s office over a new bill that, in part, would expand bans on racial profiling to include perceived ethnicity.

As police officers are being targeted across the nation, CAIR has sided with their enemies.

Indigo Girls - Southland in the Springtime