@RepMattGaetz
Democrats in the Judiciary Committee just voted against notifying ICE when an illegal alien fails a background check to buy a gun. They hate ICE so much that they'd keep ICE in the dark when illegals try to get guns!

As the debate over illegal immigration continues to rage, Democrats continue to prove they are proponents of open borders and lawlessness.

The latest example comes from Republican Congressman Matt Gaetz, who is berating Democrats for protecting illegal aliens who attempt to purchase firearms and fail a background check. 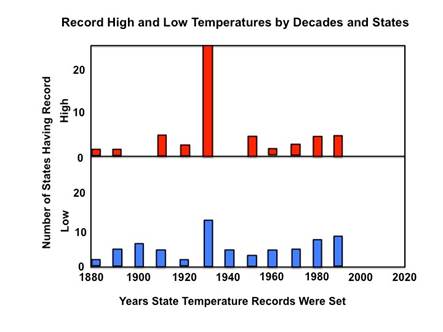 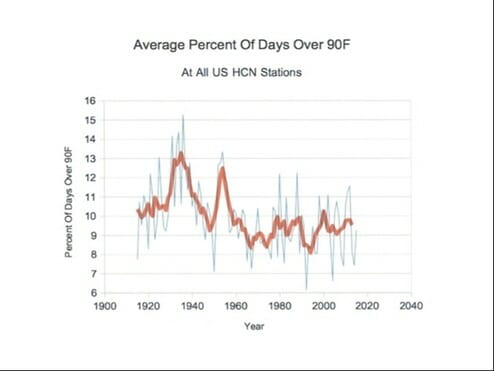 The idea that climate change is producing heat records across the Earth is among the most egregious manipulations of data in the absurd global warming debate.

Americans receive a daily barrage from the fake news media and climate “experts” reporting that each and every day, week, month or year is the hottest on record due to global warming. On Feb. 7, several major newspapers carried stories of the declaration by NASA and NOAA that the past five years have been the warmest on record.

Sadly, these supposed experts use mathematical equations that do not jibe with reality over the past 140 years. 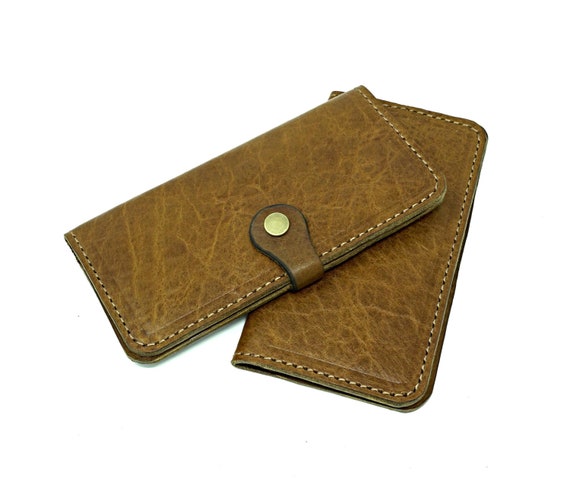 Very nice.  I bought one but the post office lost it and Tony made another at no charge.

Brandolini Bags
There are more items at the second link including Bible, passport, wallet, portfolio covers and satchels. I believe I'll get a passport cover.
Posted by Brock Townsend at Thursday, February 21, 2019 No comments:

Government report reveals CBO was scandalously off in Obamacare estimates 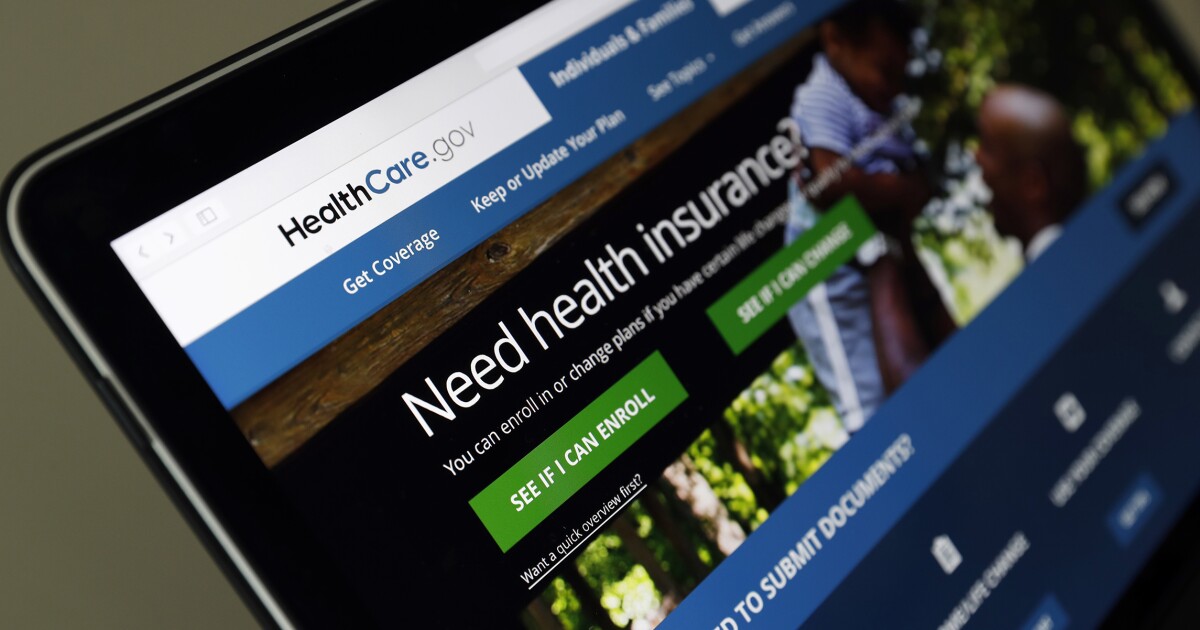 A new report from government actuaries has revealed that the Congressional Budget Office was scandalously off in its estimates of the impact of Obamacare's individual mandate, a miscalculation that has had significant ramifications for healthcare and tax policy over the past decade.

CBO estimates about the importance of an individual mandate to a national healthcare scheme prodded President Barack Obama into including the unpopular provision into the law in the first place. The mandate projections also played a key role in President Trump's two major legislative initiatives. The fact that the CBO assumed 14 million could lose coverage mainly due to the elimination of mandate penalties helped kill the effort to repeal and replace Obamacare, while its later assumption that 13 million fewer insured individuals would mean less spending on subsidies from the federal government helped get the 2017 Republican tax cut across the finish line by improving the budgetary math. Yet those incredibly influential estimates now appear to have been wildly off.

Which issue is most important to you and your family?

The North Carolina State Board of Elections voted unanimously Thursday to call a new election in the state’s 9th Congressional District after days of hearing evidence of alleged ballot fraud.

The decision came after Republican Mark Harris, one of the candidates in the race, expressed support for a new election, saying that allegations of a ballot-tampering scheme marred the current results.

Harris's request for a new election was a stunning reversal for the Republican House candidate.

Electoral College tuition rates are among the lowest in the country!

The new face of the Democrat party and the youngest person ever elected to the House of Representatives, Alexandria Ocasio-Cortez, is making waves before she even gets to Washington. In a press conference, the New York native has declared her intention to make the electoral college tuition free.

“People shouldn’t be riddled with student debt when they’re trying to bring about a socialist revolution after school—and that shouldn’t be any different for the electoral college graduates,” Ocasio-Cortez explained. 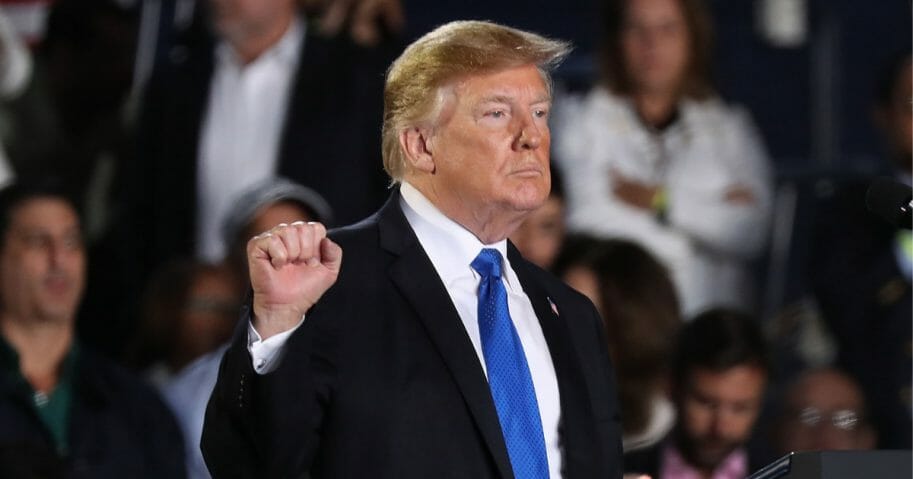 The Hill reported that at least ten Republican senators are seriously considering bolting from President Donald Trump and voting against his declaration of an emergency on the southern border. Funding for the wall could only come from this declaration in the wake of Congress’ failure to provide adequate funding for this vital project.

We need to pressure these senators to back the president and to support the emergency declaration: 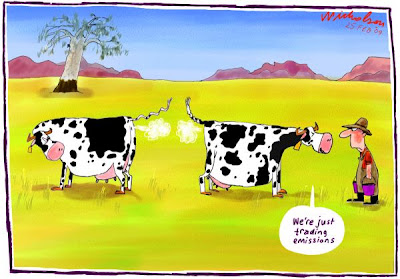 The National Cattlemen’s Beef Association is actively lobbying against the “Green New Deal” ahead of other industry groups, many of which are taking a wait-and-see approach to the progressive wishlist, because of the risk that it could entail a crackdown on cows.

The cattlemen see the Green New Deal as the latest battle in a veritable war on cows that goes back 15 years, featuring skirmishes at the United Nations and in the 2008 climate debate in Washington, blaming the livestock industry for exacerbating the effects of climate change.

“What we have seen time and time again — and the Green New Deal is just another iteration of that — is accusations with no facts, no figures, no credible science behind it, and we have finally gotten to the point where we’re done with the stupidity,” Colin Woodall, the cattlemen’s senior vice president of government affairs, told John in an interview. 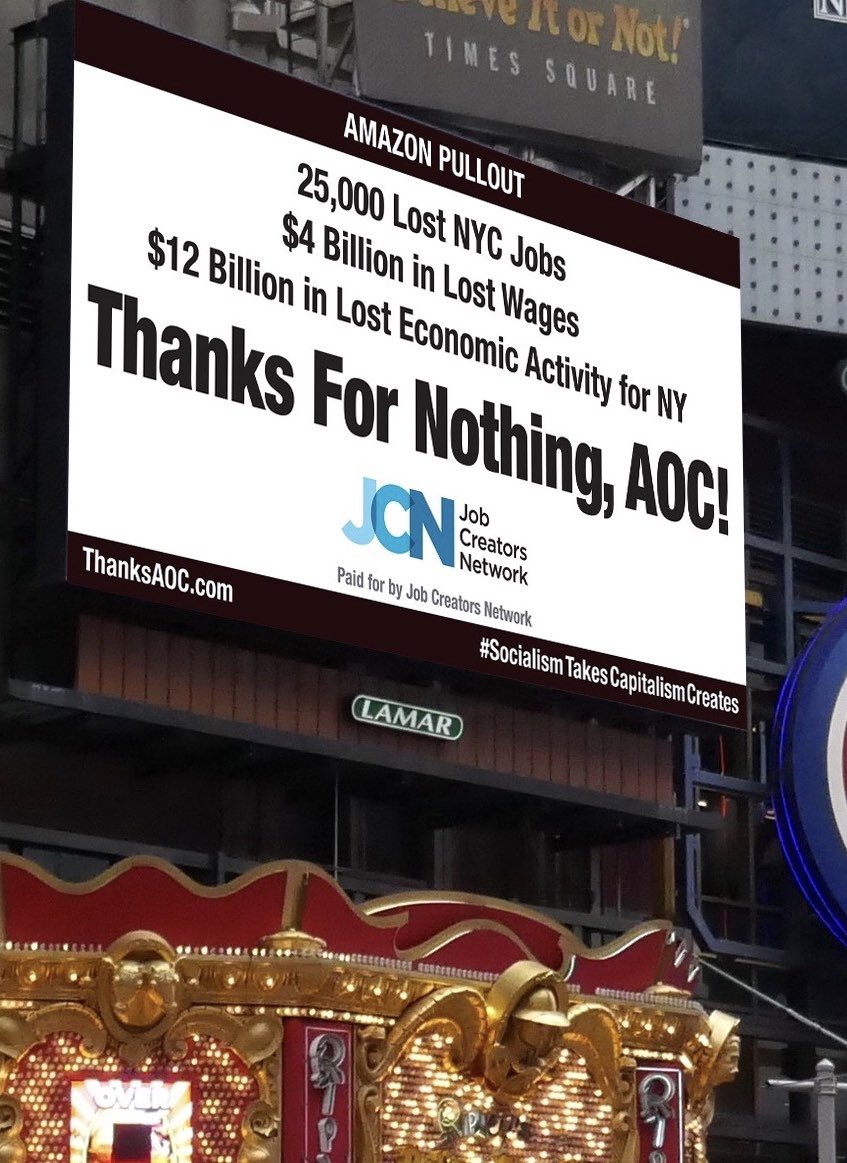 Posted by Brock Townsend at Thursday, February 21, 2019 No comments: 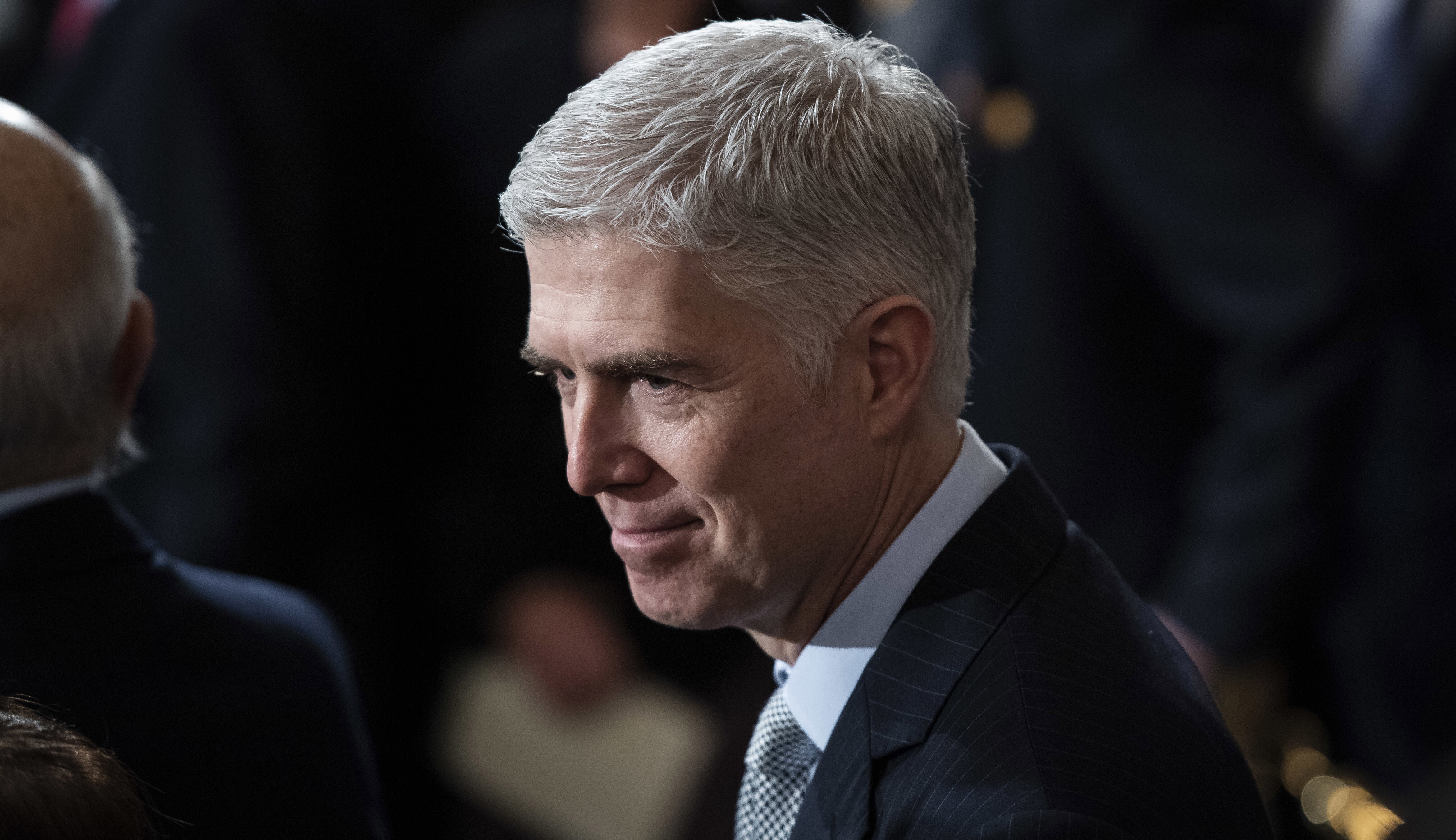 the original meaning of the document (Consitution) should be sacrosanct.

The hearts of constitutional purists are beating harder today after Justice Neil Gorsuch joined Justice Clarence Thomas in a bid to restore sense and meaning to a key, but long ignored, clause of our nation’s founding document.

My colleague Erin Dunne has ably captured the top-line importance of the Supreme Court’s decision reining in an abuse of asset forfeiture laws, via which law-enforcement agencies seize property of those they arrest. I entirely concur with her analysis supporting the result. Beyond that, though, it is the concurring opinions by Gorsuch and Thomas that raise hopes, however faintly, for a return to jurisprudence more rooted in the Constitution’s text than in the expansive imagination of the court’s nine jurists.

Video: Sanders in 1985 praising Castro and admitting he advised Ortega how to fight the United States.

The twenty-seven simple, easily-understood words of the Second Amendment to the United States Constitution have not proven clear and forceful enough to protect and defend the right it concerns, especially given its ideological enemies who willfully misunderstand it.

In the face of (1) the recent rise of socialism, that evil, destructive belief-system our fathers and grandfathers fought to the death against in World War II, in Korea, and in Vietnam, and (2) the general collapse in America of the rule of law, the Second Amendment has become especially important to the survival of our nation, our society, and ourselves. The additional laws (below) are meant to reinforce this all-important Constitutional right.


More @ Down With Power
Posted by Brock Townsend at Thursday, February 21, 2019 No comments: 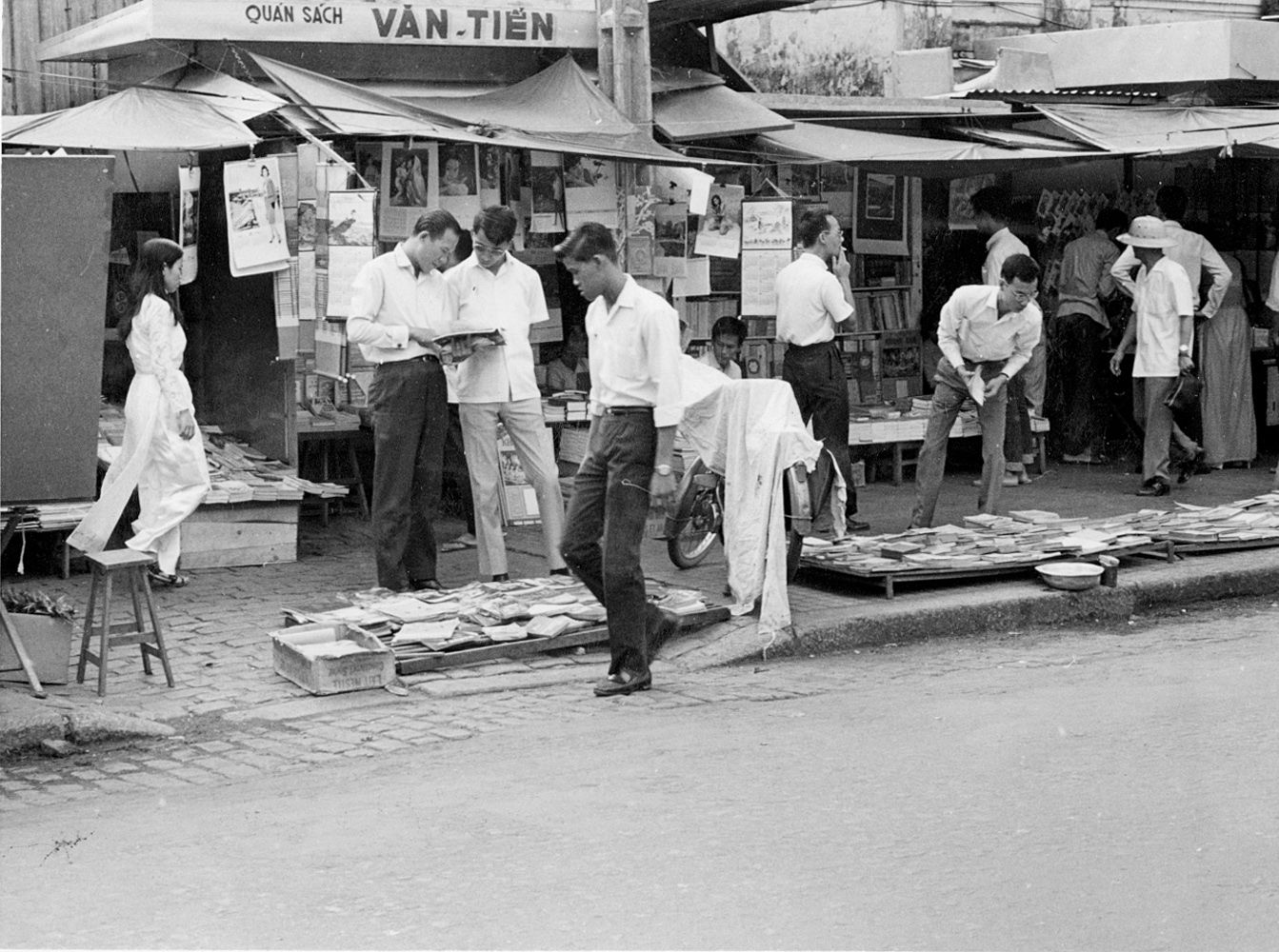 Most are out of focus for some strange reason.

Horse-drawn carriages, flower shops with white-tiled basins and a multitude of parked bikes: these were what used to occupy the length of Nguyen Hue Boulevard in the 1960s before it became the walking street that it is today.

In this set of film photos by American serviceman Darryl Henley who was stationed in Vietnam in the late 1960s, there was once a Nguyen Hue jammed pack with vintage cars; crowds of passersby wearing the same cut of pants, white shirt and nondescript hairdo; and colonial-style shopfronts.

Take a walk about town.

Some More In Remembrance of T

T Warren, RIP My Friend (Author of The Seven Blackbirds 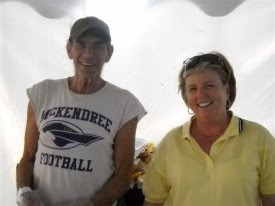 When I Go Home To Dixie

"T" On His Teachers

Posted by Brock Townsend at Thursday, February 21, 2019 No comments: