A review of Government by Judiciary: The Transformation of the Fourteenth Amendment by Raoul Berger (Second Edition; Indianapolis: Liberty Fund, 1997). Also available online.

Raoul Berger was a legal historian who did not fear challenging academic consensus. His 1977 contrarian work Government by Judiciary argued that the Supreme Court radically departed from the original intent of the Fourteenth Amendment, citing extensively from the historical record in support of his thesis. The first publication generated significant controversy within the legal academy, yet Berger persisted in responding to his critics. This resulted in a second edition in 1997 with “supplementary notes” of Berger’s responses at the end of each chapter.

Berger shows that the Supreme Court’s change in constitutional interpretation in the 20th century had its roots in the Fourteenth Amendment, one of the Reconstruction amendments following the War Between the States (1861–1865). The Southern states were required to ratify the Fourteenth Amendment in order to re-enter the Union (which raises questions about the legitimacy of the amendment).


More @ The Abbeville Institute
Posted by Brock Townsend at Tuesday, January 09, 2018 No comments: 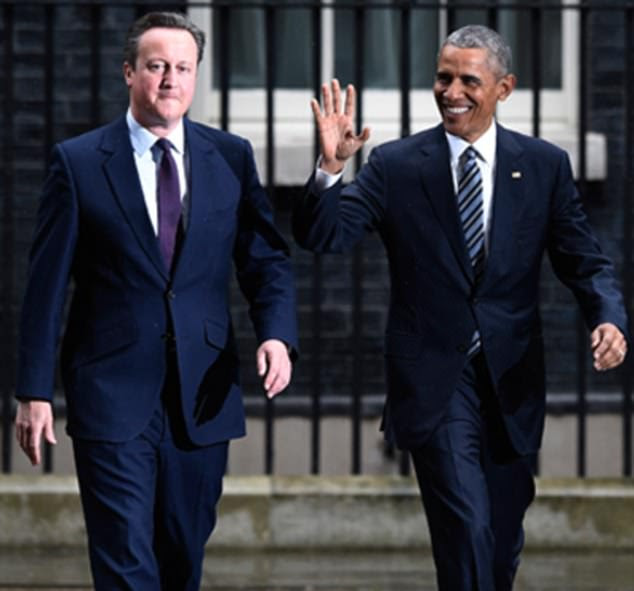 David Cameron thought Barack Obama was one of the 'most narcissistic, self-absorbed people' he had ever dealt with, his former strategy guru has claimed.

While in office the two leaders had a cosy bromance and were pictured high-fiving and playing rounds of golf and ping pong together.

But Steve Hilton tore into Mr Obama for thinking he was 'smarter' than everyone else in the room.
And he claimed that his old boss Mr Cameron would get wound up by the ex President's self absorption.

Blue-chip drugmakers holding $200 billion in cash, mostly overseas, will start investing more of it in mergers and acquisitions after President Trump's tax overhaul slashed the cost of spending the money in the U.S., debt-ratings firm Moody's predicts.

A repatriation provision in the Tax Cuts and Jobs Act, approved by Congress in December and signed into law by Trump, allows U.S. companies to bring assets held overseas back to the U.S. without a penalty after paying a mandatory one-time fee of 15.5 percent on cash holdings and 8 percent on the remainder. Under the previous structure, the Internal Revenue Service typically would have assessed levies of about 30 percent, prompting firms that could get money less expensively through capital markets to simply pay for acquisitions with debt. 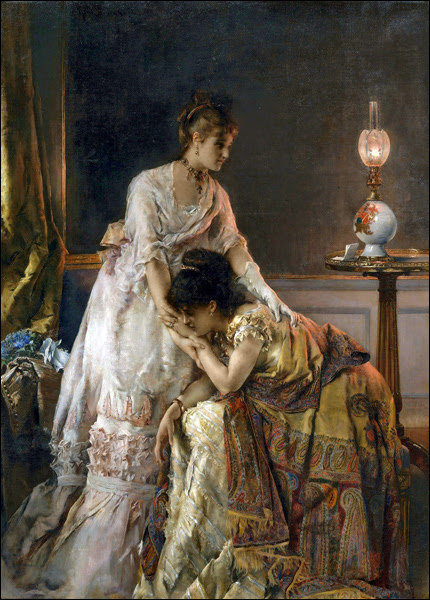 News media, Front Page - These days the media needs Trump more than ever. Its old purpose, reporting the news, is as dead as the telegraph. President Trump makes their jobs, raises and bonuses possible. He’s the reason why media outlets have started expanding their investigative resources. The media could stop any time. But it’s too greedy to stop. Trump has hooked the media on himself. President Trump beat the media by using its worst impulses against it. And he’s taunting the media with the truth about its motivations and exposing the lie that it tells itself. He’s reminding media elites that behind their posturing, they will hypocritically betray their leftist ideals and win him another election.

Market-Ticker - Jail. Now. ... Not only must Bundy and his sons (and the third man) be fully compensated for all of their economic losses, including their attorneys fees, the prosecutor and everyone involved in it under his direction must be imprisoned for the full term of years sought by them against Bundy

, Earth and the moon from three million miles away

Taki's Magazine - The Left-Wing Cannibal Holocaust ... the left is eating itself alive at a record pace

The wall, Raconteur Report - 2,000 miles of border wall is vastly less complex than, say Interstate 5, which runs from Irvine, CA all the way to Hongkouver in Canuckistan. Bitch at it we might, but TPTB seem to have figured it out before Freddy was out of short pants, and it only represents somewhere around ten or fifty times the cubic footage of material involved in making The Great Wall Of China, so I don't think the border wall is going to strain anyone's noggin or back to accomplish. He swoons to note that it could be $7-20B, plus maintenance. Last I looked, illegals cost us $116B/yr. So even taking Fred's nightmare projections of napkin math, the wall will pay for itself by March 21st of the first year it's up.

This is a response to Fred Reed's essay,

The Wall, the Sound and the Fury: And Not Much Else. Sometimes Mr. Reed's "check engine" light comes on without him noticing it.

Invasion, Vox Day - Immigration is invasion. It always has been. And if you're dumb enough to believe otherwise, well, don't cry when you lose your territory and your ability to rule yourself, because it is absolutely and inevitably going to happen. And, to be blunt, you deserve to lose it, because you refused to defend it. America is endangered and the USA is in its death throes because Americans were stupid enough to swallow their own bullshit when it was fed to them in a poisoned variant. The astonishing idiocy of Americans, who believed that invading foreigners would genuinely sacrifice the interests of themselves, their families, and their peoples in order to become imitation Americans will be marveled at by future historians.
Posted by Brock Townsend at Tuesday, January 09, 2018 No comments:

The Department of Homeland Security and Department of Justice revoked their first naturalized citizenship as part of a new collaborative immigration review effort.

According to the Justice Department, Baljinder Singh, also known as Davinder Singh, arrived in San Francisco in 1991 without any travel documents or proof of identity.

Singh failed to appear for his immigration hearing in 1992 and was soon deported.

At Notre Dame, students lobby for removal of Columbus murals, call them ‘version of a Confederate monument’

Some students, employees and members of the Notre Dame community are calling for the removal of a series of paintings of Christopher Columbus that have adorned the walls of the university’s main building since 1884, calling the murals Notre Dame’s “own version of a Confederate monument.”

The 12 murals, hung in the same hallway as the admissions office, depict Christopher Columbus’ journey and arrival to the Americas in 1492. The founder of the university, Father Edward Sorin, commissioned Vatican painter Luigi Gregori to create murals that would inspire, uplift, educate, and be “didactically Catholic,” according to a university pamphlet.

Posted by Brock Townsend at Tuesday, January 09, 2018 No comments:

ANTIFA WANNABE and an Arms Dealer

An attorney representing Fusion GPS said in a closed Senate hearing last year that “somebody’s already been killed” as a result of the so-called Trump dossier.

“He wants to be very careful to protect his sources,” Josh Levy, an attorney for Fusion GPS co-founder Glenn Simpson said in the closed 10-hour hearing at the Senate Judiciary Committee on Aug. 22, 2017. “Somebody's already been killed as a result of the publication of this dossier, and no harm should come to anybody related to this honest work.”

Border Patrol union: Morale was 'low as it could get' under Obama, but Trump's support has 'helped'

A union president for Border Patrol agents based around Del Rio, Texas, testified Tuesday morale could not have been lower among law enforcement personnel prior to President Trump's entering the Oval Office and has risen in his first year in office.

"Last year [2016], morale was probably about as low as it could get. So, with the new administration showing the support that they're showing, it's helped, but it can only do so much," Jon Anfinson, president of Local 2366 in the National Border Patrol Council, told House Subcommittee on Border and Maritime Security Chair Martha McSally, R-Ariz. 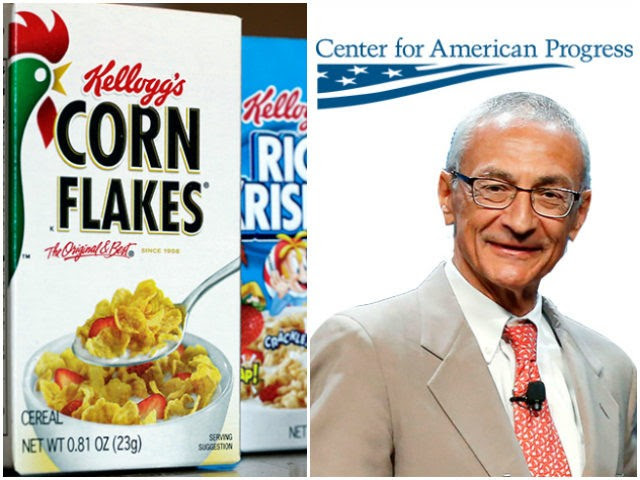 The memo, co-authored by former Clinton communications director Jennifer Palmieri, was sent around to allies calling on Democrats to “refuse to offer any votes for Republican spending bills that do not offer a fix for Dreamers and instead appropriate funds to deport them.”


More @ The Daily Caller
Posted by Brock Townsend at Tuesday, January 09, 2018 No comments:

Trudging Down The Path To Insanity. (Good)

Via comment by JWMJR  on Congress Looking Toward Leakers in Ongoing Dossier... 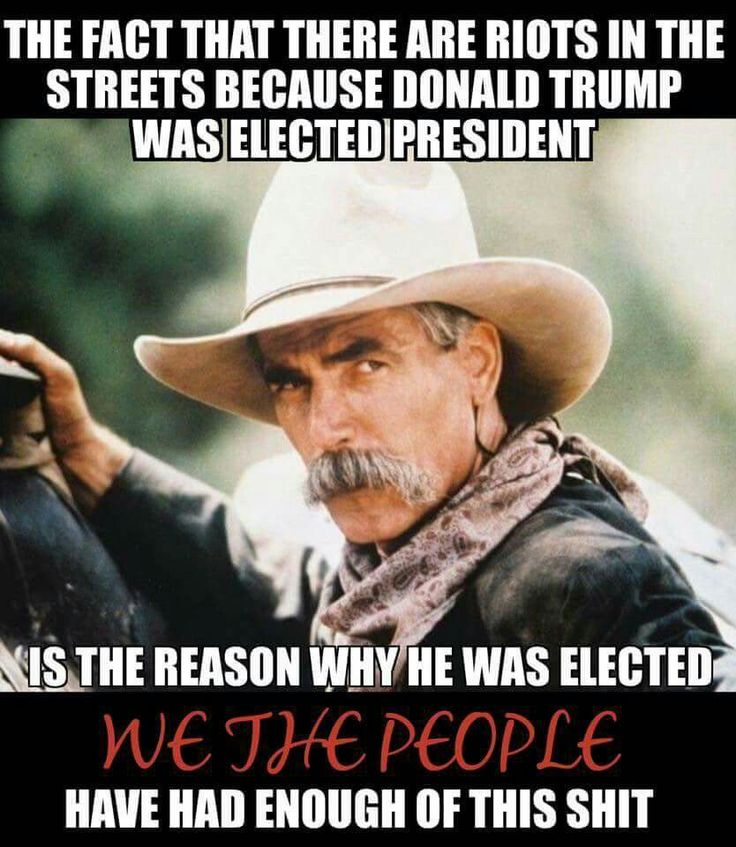 It's an old an often-repeated adage that the definition of insanity is doing the same thing over and over again and expecting a different result. As such it becomes fully understandable if we were to see the American left and the news media reaching the final stages of a psychosis.


We can recall one Dan Rather of CBS News who invented a narrative concerning George W Bush, that when exposed as false, put forth the claim that the forged document was "false but true". We also recall that Mr. Rather was left without a job and on the outside looking in.
For months the media and establishment elites of both parties all said with absolute certainty that Donald Trump had no chance in the primaries against the vaunted Bush machine or up-and-comers like Marco Rubio and Ted Cruz. When that great vision failed their hopes and dreams fell back to a narrative of calling for a brokered convention and a dark horse Mitt Romney riding in to save the day for the establishment pols and media.
This fantasy of course went up in smoke with the results of the Indiana primary and the next day's satirical and mocking headline, "Hoosier Daddy?" This was the moment that created the psycological tipping point where sanctimony and condescension became blind hatred and visceral contempt.

Unable as they were to except or even comprehend this new reality, this paradigm shift, they instead doubled down on their insistence that they and only they could possibly know or communicate the direction the nation needed to move. And that direction of course was Hillary Clinton. Hillary the qualified, Hillary the inevitable, Hillary the exalted, mellenial destiny of America was constantly juxtaposed against Donald the incompetent, Donald the dangerous, Donald the incomprehensible, Donald the mad.

Posted by Brock Townsend at Tuesday, January 09, 2018 No comments:

The walls continue closing in.  The STORY IS GETTING OUT. The Bigger media voices will eventually catch up.   Right now the scale of the story is so large, and the consequences so damaging to the country and Obama legacy, the financially dependent media crews are scared to call it out… But that won’t last too much longer.  Ever cautious Rush Limbaugh is nibbling around the edges… –See Here–  Joe DiGenova outlined a big part again today on WMAL –See Here– They can’t ignore it much longer.

: ♦The Steele dossier is a product financed by Hillary Clinton, orchestrated by Fusion-GPS, Glenn Simpson and Mary B. Jacoby.  ♦The Dossier was aided by Nellie Ohr, hired to create an underpinning for DOJ National Security Division FISA application used to legalize the surveillance of the Trump Campaign.  ♦The FISA application was a combined product using FISA 702(17) upstream email collection and phone surveillance, along with the Christopher Steele ‘Dossier’. ♦FBI agent Peter Strzok, DOJ Deputy Bruce Ohr and FBI/DOJ lawyer Lisa Page, under the authority granted to them by senior FBI and DOJ leadership, constructed the FISA application