Via Jonathan via Knuckledraggin' My Life Away

LTG Hal Moore has passed away last night at age 94. He served his country with distinction and valor for over 32 years during the wars in Korea and Vietnam where he was immortalized as a Battalion Commander of the 1st Battalion, 7th Cavalry of the 3rd Brigade, 1st Cavalry Division (Airmobile) during the week-long Battle of Ia Drang.

Ashlin Albright, 10, fell in love with the 1955 Chevy Bel Air two years ago


A business-savvy 10-year-old girl was able to buy her dream car, a 1955 Chevy Bel Air, by selling homemade arts and crafts.

Ashlin Albright, of Seagrove, North Carolina, fell in love with the car when she began designing invitations for a 1950's themed birthday party.

m discarded materials, Ashlin made enough money, with some help from her parents, to buy the teal blue beauty - which she's named Ethel.

Just when you thought corporate America could not intertwine itself with Leftist causes, OneUnited Bank ups the ante. OneUnited Bank is an African-American owned and managed financial institution headquartered out of Boston, Massachusetts. The bank recently launched a ‘Black Lives Matter’ debit card to encourage ‘black banking’

Good.  The more the merrier.
Farhan Ahmed hoped to find refuge in the United States after fleeing death threats in Somalia, but fear over a US crackdown on immigration sent him on another perilous journey -- to Canada.


The 36-year-old was among nearly two dozen asylum seekers who braved bone-chilling cold on a February weekend to walk across the border, trudging through snow-covered prairies in the dead of night to make a claim in this country.

It was a record number of arrivals for a single weekend in the small border town of Emerson, and Canadian officials said Thursday they are bracing for more.

US President Donald Trump's controversial ban on refugees and nationals from seven Muslim-majority nations has prompted many who had hoped for a new life in the US to flee north.

Revolution of the Right is unstoppable in Europe, warns Geert Wilders

The populist revolution sweeping Europe will continue even if candidates like Marine Le Pen and Austrian far-Right parties do not win power in coming elections, Geert Wilders, the leading Dutch anti-immigrant fireband, predicted on Wednesday.

Currently topping the polls ahead of next month’s parliamentary elections in the Netherlands, Mr Wilders said that the European Union’s failure to grasp popular anger meant that the nationalist “genie” could never be put back in the bottle in Europe.


A US Senate report released in 2016 by Senators Ted Cruz and Jeff Sessions found that 380 out of the 580 terror related cases.


More @ The Gateway Pundit
Posted by Brock Townsend at Sunday, February 12, 2017 No comments:

Nets More Arrests In Texas And In New York City.
Posted by Brock Townsend at Sunday, February 12, 2017 No comments:

This is the spiteful outfit that is trying to ruin the Trump brand name, especially Ivanka's shoe and clothing line; a business she built for herself over time. Grab Your Wallet
Posted by Brock Townsend at Sunday, February 12, 2017 2 comments:

Instead, today, a subversive alt-government is emerging, in line with the alt-left’s growing resistance to use any means necessary to slow, stop and obstruct Trump’s agenda, from inside the government, to make America ungovernable.

Christian Adams, a lawyer and the author of “Injustice,” has witnessed ideological battles inside the Department of Justice. In this exclusive video interview, he condemns the intolerant left wing, with its violence, fire, riots and “totalitarian tendencies,” daring to label others as fascists or nazis.

He says it’s a tactic used to scare and conjure up horrors against their enemies. Adams says that use of such labels, is an Orwellian corruption of the language, showing how far the left has sunk in its hatred of America.


More with video @ The Daily Caller
Posted by Brock Townsend at Sunday, February 12, 2017 No comments:

After decades of controversy, Yale University is renaming its iconic Calhoun College for a feminist scientist. The college will be renamed in tribute to Grace Murray Hopper, a groundbreaking computer programmer who died in 1992.


Calhoun College is one of the university’s twelve “residential colleges”, which are grandiose dormitories for undergraduates. The colleges have their own dining halls, libraries and live-in faculty “masters” (recently controversially renamed as “head of colleges”) and command fierce alumni loyalty.

At first glance, the video looks like a Hollywood thriller. Set to strident, aggressive music, it shows a group of muscular men using motorbikes, helicopters and even horses to race across the countryside in pursuit of human quarry.

When the targets are captured, they are wrestled to the ground and their hands bound as the patrol members, in camouflage clothing, stand menacingly over them.

But the ‘narrator’ whose voice can be heard over these chilling scenes is not a highly-paid movie star. He is, in fact, a provincial politician, and his message is unequivocal: ‘Hungary is a bad choice for migrants.

US preacher's warning to Islamic militants: 'The women of Montana are armed' 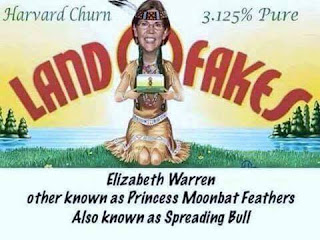 Donald Trump's travel ban against immigrants from seven Muslim-majority countries have caused controversy around the world - but one poll shows a majority of Americans support the move.

They certainly agree with Trump's stance in the state of Montana, where officials and residents have fought against efforts to resettle refugees.

Posted by Brock Townsend at Sunday, February 12, 2017 No comments:

Posted by Brock Townsend at Sunday, February 12, 2017 No comments: