AG Barr On Durham Investigation: ‘I’m Very Troubled By’ What ‘Has Been Called To My Attention So Far’


“For the first time in American history, the police organizations and the national security organizations were used to spy on a campaign and there was no basis for it,” Barr added. “The media largely drove all kinds of sensational claims were being made about the president. That could have affected the election. And then and then later on in his administration, there were actions taken that really appear to be efforts to sabotage his campaign. And that has to be looked at.”

Attorney General William Barr told Fox News anchor Bret Baier in an interview that aired on Tuesday night that he has been “very troubled” by what U.S. Attorney John Durham has uncovered in his criminal investigation into the origins of the Russia investigation.

Barr was tight-lipped about what has been uncovered so far in the criminal investigation and said that the investigation has been “working very aggressively to move forward” despite the coronavirus pandemic, which shut down a lot of the court system.

Defund Academia, Not the Police

Since 1960, the racist identity politics of the left has politicized and degraded American history in academia and the news media. One of the problems with academia is that, in a metaphorical sense, it is inbred.

Over 90% of professors in the humanities and social sciences, which include history, are liberals, and it has been this way for decades.[2]


More @ The Abbeville Institute
Posted by Brock Townsend at Tuesday, June 09, 2020 No comments: 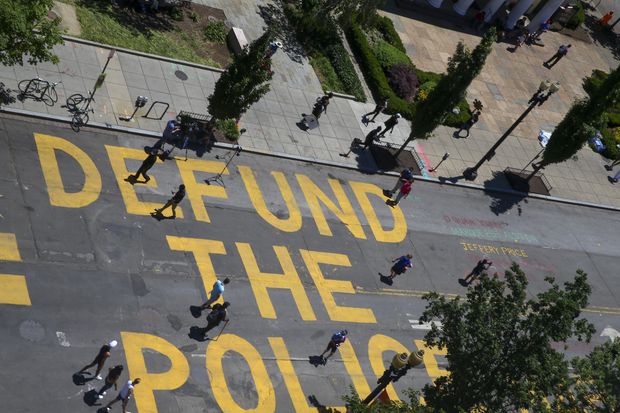 One feature of our current politics is how quickly bad events trigger a rush to bad policies. So it is that the response to the killing of George Floyd has sprinted past police reform to “defund the police.” Los Angeles Mayor Eric Garcetti wants to redirect $150 million from public safety to social programs, and Minneapolis Mayor Jacob Frey was hooted from a protest on the weekend because he admitted he didn’t want to defund the police. City Council members now pledge to dismantle the force whether he wants to or not.

There’s a case for police reforms, in particular more public transparency about offenses by individual officers. Union rules negotiated under collective bargaining make it hard to punish offending officers, much as unions do for bad public school teachers. By all means let’s debate other policies and accountability in using force. 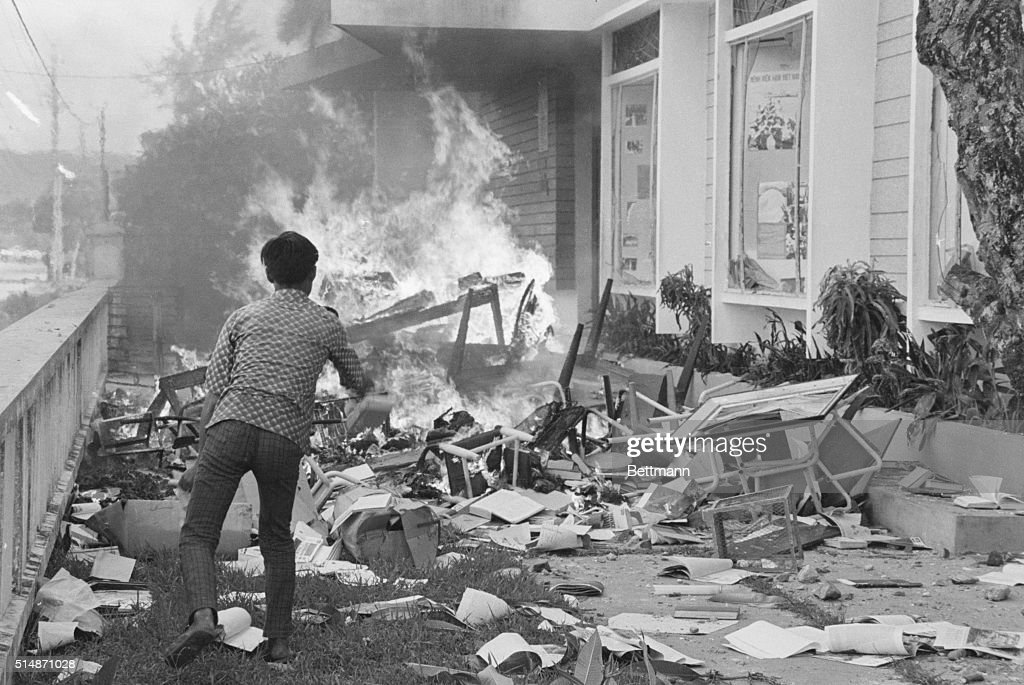 According to NPR, “white voices have dominated what has been considered canon for eons.” The public broadcaster advises fans to begin “decolonizing your bookshelf” by removing the works of white authors.

Donations, Including International Funding, to BlackLivesMatter.com Go Directly to the DNC – This Is Money Laundering

Black Lives Matter describes itself on its “BlackLivesMatter.com” website as a global organization:


More @ The Gateway Pundit
Posted by Brock Townsend at Tuesday, June 09, 2020 No comments:

MN Police when you call them in the future. 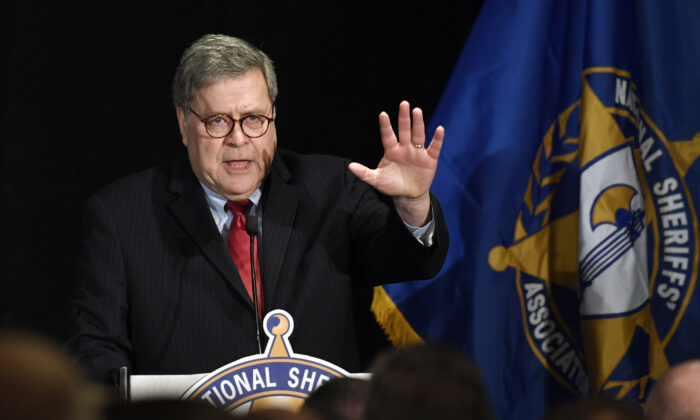 He said this is why the group Antifa hasn’t been mentioned in many criminal complaints related to the rioting amid protests following the death of George Floyd.

“We have some investigations underway and very focused investigations on certain individuals that relate to Antifa,” Barr said during an interview with Fox News on June 8. “But in the … initial phase of identifying people and arresting them, they were arrested for crimes that don’t require us to identify a particular group or don’t necessitate that.”


More @ The Epoch Times
Posted by Brock Townsend at Tuesday, June 09, 2020 No comments:

We Have Entered a Looking-Glass World: "Don't Believe the Con"

Perfect timing for an article like this (below) in order to counter the mountains of lies being endlessly repeated; it is now merely noise; the bleating of young sheep who cannot think for themselves and circle jerk each other with repetitive lies. I see it for what it is, when it comes to the core message of BLM fascists, regurgitation is not truth. Today, George Floyd, the political prop for a badly staged political plot, will be put into the earth hearing Al Sharpdumb delivering a race-laced "you"logy designed to extract the last ounce of emotionally charged political nectar from this tragic situation which was made incomparably worse by Blacks Lives Matter, the Congressional Democrats who lionize it, and the "media" (but I repeat myself).

If George Floyd's wrongful death could be likened to a knee abrasion, then the inflammatory reaction, driven by leftist politics, is like amputating the whole leg. Dozens have died.. Billions in damage.

Insane calls for abolishing police and 911 services. For what? .....to promote a lie for purely political purposes. NO facts support systematic racialized slaughter of blacks by cops. In those rare instances, like this one, where an unarmed criminal like George Floyd (but of any race) encounters a bad cop, justice will be served. There is no need to destroy the nation over a singular criminal act which is already in the process of being addressed.  Pretending it is a widespread race-based occurrence, flies in the face of factual data to the contrary.

Recently, 18 black people were murdered during a 24 hour period in Chicago. A new one-day record for that city. They were killed in a paroxysm of racial violence of the black-on-black type. Where is BLM?  Where is the knee-jerk media reaction such as we saw in Minneapolis?Who is marching in Chicago? NO ONE.  No, there is none of that because there is no political advantage to doing that.  BLM doesn't have the political stage prop they found in George Floyd. The names of the 18 dead will not be known but to family and friends, the coroner, and the undertaker.  To BLM, black lives really don't matter; only politics do.

Nearly 10,000 blacks die each year from homicides; 90% die at the hands of other blacks. Where are you BLM?  I can tell you.  NOWHERE. After today's "cruelogy" by Al Sharpdumb, Joe Biden will then deliver his remarks, remarks scripted by an assigned team of speech writers.    He will dutifully read the script to the best of his limited ability. He will try to appear affected and conciliatory, all the while promoting Black Lives Matter. It is a perfect example of symbiosis. The crafted words will be highly political in nature. They will give lip service to Mr. Floyd, to 'brotherhood,' to the need for more unity, blah, blah, blah.....but it's all a con intended to divide the nation even further. After all, this growing racial divide was spurred by the efforts of Obama/Biden who used it as a strategy to keep blacks on the Democrat Vote Plantation. Today, the memory of Mr. Floyd will be besmirched by these political animals and the Democrat-controlled media will treat that unseemly spectacle with somber faux reverence

Pardon my candor, but it's all bullshit, based on bullshit.

In reality, it is all about the November election and beating Trump. It's about making black people angry at Trump who represents law and order in the nation.. It's about ginning up the angry black vote for Biden, who is a particularly unattractive old white guy snoozer-candidate who generates little personal enthusiasm for himself unless pitted against Trump. He is the media-anointed antidote to trumpism and the much more universally appealing MAGA message that resonates with patriotic Americans . Why else would the bumbling/mumbling Biden be handed a script and a time to speak?  Did he know Mr. Floyd? I doubt it. His appearance, no matter what he says, is nothing more than a campaign appearance. a stump speech using a dead black man as a talking point. Totally disgusting. I think Barack Obama may be the only black person Biden was ever close to, given his poor track record on civil rights going all the way back to the 1970's. In the Democrat Party, even the most unforgivable things are forgivable.  Right, Hillary?  Right Mr. Reid?  How about you,  Ms. Waters?  Or you, Ice Cream Nancy? Stoking hatred is your stock-in-trade !

Today, despite the overblown emotive rhetoric, this has little, if anything, to do with George Floyd.  The poor man was killed by police malpractice and now he is doubly cursed by Democrats who have have turned him into a politicized voodoo doll which Democrats can stick needles into in order to hurt Trump and the Republican brand by manipulating gullible Americans.  Black Lives Matter is a sham organization in whose name many police have already been killed. Have we collectively forgotten how many cops have been assassinated in the Black Lives Matter name? BLM should be declared what is really is; a political action cum domestic terrorist group.
Please share this those whom you know who may be taken in by the con.

Why, sometimes, I've believed as many as six impossible things before breakfast.
I saw the best minds of my generation destroyed by madness


We live in an age characterized by belief -- that is, belief in things that do not exist, belief in complete figments of unanchored imagination, abstractions that have no contact with or bearing on reality. Call it the age of irrealism, of pervasive virtuality, of estrangement from the objective world.

Consider several popular notions or beliefs, memes as they are sometimes called, which operate as delusions erroneously confirmed as fact.

There are more than two sexes, biology notwithstanding. Indeed.

"SELL OUT" : Now Drew Brees’ Wife Is Apologizing: ‘WE ARE THE PROBLEM’ 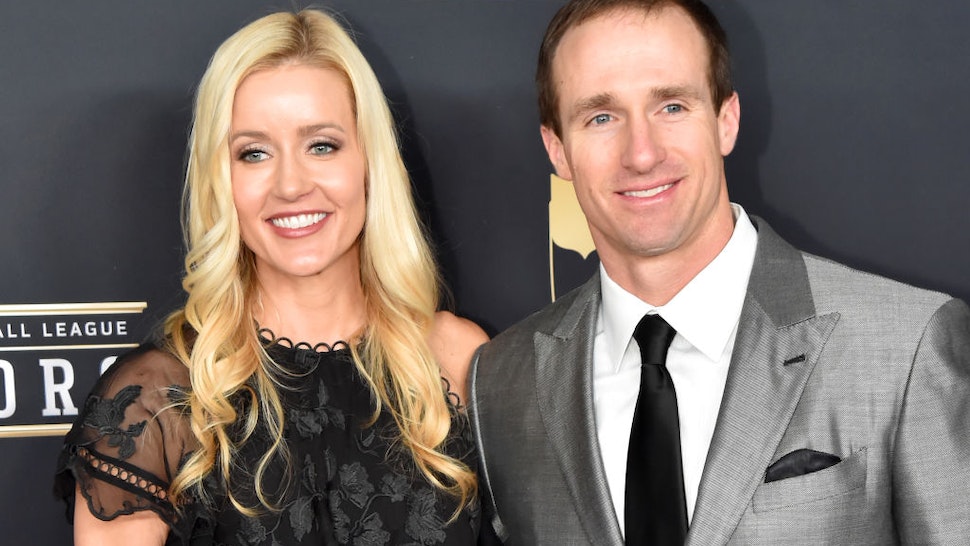 One day after New Orleans Saints quarterback Drew Brees reaffirmed his stance on Wednesday that Americans should not disrespect our flag, the NFL star, amid strong backlash, including from fellow athletes, issued an apology for his racially “insensitive” comments.

Brees didn’t stop there. The athlete has since issued additional apologies and clarifications, and even publicly responded to President Donald Trump after he called Brees out for backing down.