Hooray for the Confederate Flag

The Rev. Al Sharpton is a darling of the national news media, primarily because he has a talent for making outrageous statements and the lack of scruples to go with it.

You should keep this in mind. In today’s media-saturated world, nobody can be a successful demagogue without the cooperation of the national news media. Sharpton has even outdone Jesse Jackson as a demagogue.


More @ The Abbeville Institute
Posted by Brock Townsend at Saturday, May 25, 2019 3 comments: 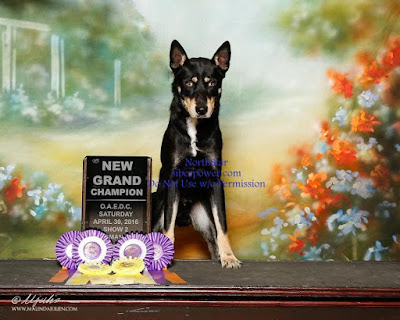 Jesse his grandfather was wild caught and a Grand Champion.

“Thank you” is not sufficient

“Earn this!” said Tom Hanks’ character in Saving Private Ryan as he lay dying after having had most of his men die to save the titular character.

We owe these men and women.  We owe them in a way that cannot be paid back.  And while I never served, I do regret not serving.

Unhinged Deutsch: Trump Is a ‘Sociopath’ Who Won’t Leave Office If He Loses

",,,,,,,, If you look throughout history and you become a student of history and the worst of what humans have done throughout history, Trump is using that play book in every way you possibly can… And we should be very frightened. It is not just saying, ‘Oh, authoritarian tendencies.’ I believe this man is capable of horrific deeds. I'm not saying specifically what that is, but let your imagination go. Do not kid yourself. If he gets voted out of office, he will say it was fake. He will say the polls were rigged. He will tell his people to take to the streets. People have to understand this is not a man who is playing with any boundaries on what a normal civilization and normal democracy has."

Trump’s Message to Immigrant Sponsors: You Want ‘Em? You Pay for ‘Em!

The directive invokes rarely enforced *1996 legislation that holds sponsors legally liable for such costs, according to the Washington Examiner.

*I don't know about this being 'rarely enforced" as after 12 years, a brother-in-law and sister-in-law were permitted to come here but we signed an agreement that we would be responsible for the costs of any government programs they might use for 10 years, which is exactly the way it should be.
Posted by Brock Townsend at Saturday, May 25, 2019 4 comments:


Actor Jon Voight took to Twitter on May 24 to express his support for President Donald Trump, calling him the “greatest president since Abraham Lincoln.”

Speaking directly to Republicans, the Academy Award-winning actor began by saying “I know that you’ll agree with me when I say that our president has our utmost respect and our love.”

“This job is not easy for he’s battling the left and their absurd words of destruction. … Our nation has been built on the solid ground from our forefathers and there is a moral code of duty that has been passed on from President Lincoln :) Davis” Voight said.