FEMA Administrator Brock Long said President Donald Trump's tweeted criticisms of San Juan's mayor during recovery efforts from Hurricane Maria were about her not sufficiently working with federal officials responding to the crisis.

Asked on CNN Saturday about Trump's tweets that lit into Carmen Yulín Cruz, Brock said FEMA had great communication with the Puerto Rico Governor Ricardo Rosselló as part of the "unified command effort."

"The problem that we have with the mayor unfortunately is that unity of command is ultimately what's needed to be successful in this response," Long said. "The bottom line is we've had a joint field office established for numerous days in San Juan, and what we need is for the mayor, the good mayor, to make her way to the joint field office and get plugged into what's going on and be successful, so I think that's the bottom line with that tweet."

Posted by Brock Townsend at Saturday, September 30, 2017 No comments:

'Professor' criticized her students’ belief in “meritocracy” and “hard work”

A Pennsylvania State University-Brandywine professor criticized her students’ belief in “meritocracy” and “hard work” in an academic article published Thursday.

Angela Putman, who teaches public speaking at Penn State-Brandywine, designed a comprehensive three-day seminar on “white privilege” for her students, then interviewed 12 attendees on their belief in meritocracy and equal opportunity.


"Whiteness ideologies may be reproduced through a general acceptance and unchallenging of norms."

To her dismay, :) Putman discovered that these “whiteness ideologies” were widely endorsed by students, many of whom agreed that “if I work hard, I can be successful” and that “everyone has an equal opportunity to achieve success.”

Catalan leader 'won't give up' as police seal off polling stations

Catalan leader Carles Puigdemont said Saturday he and his supporters would not "give up" their rights, speaking on the eve of an independence vote that Madrid has banned and is trying hard to block.


By Saturday, the interior ministry said it had sealed most of the 2,315 polling stations in the wealthy northeastern Spanish region in an effort to prevent Sunday's referendum.

However, teachers, parents, students and activists have leapt into action, defying warnings of repercussions by occupying at least 160 schools designated as polling stations.

In an interview with AFP, Puigdemont insisted that his government had "everything in place so that everything takes place normally", vowing that supporters of the referendum would not "go home" or give up on their rights. 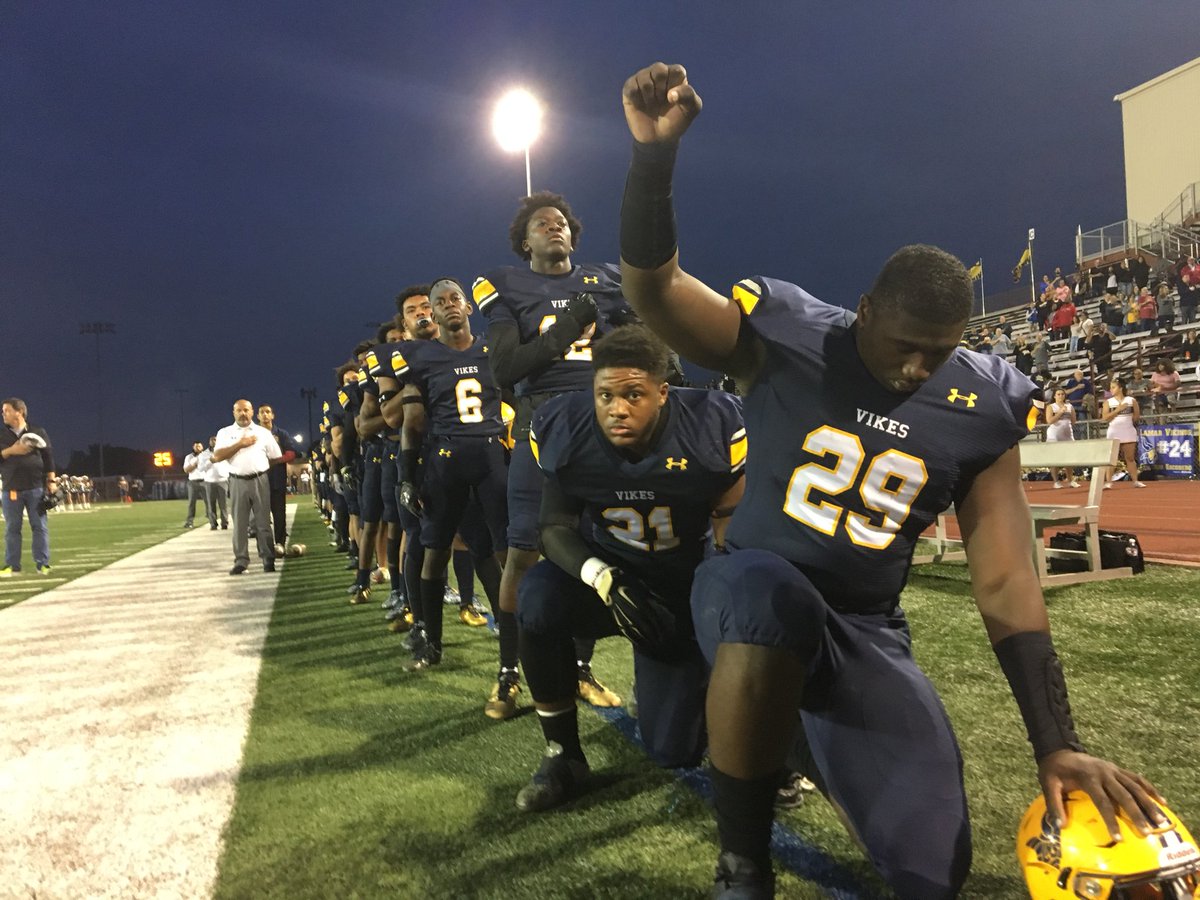 Players from Spruce knelt in the end zone at Seagoville's James Ray Henry Stadium, while their opponent, Conrad, stood next to them.

"The kids decided they would kneel during the anthem early in the week. It was their decision," Spruce coach Carl Richardson said.

"We talked about it all week, and the coaches, managers and trainers stood during the anthem."

Players from Lincoln knelt along the sideline stretching from the end zone to the 15-yard line during the anthem at Forester Field. Their opponent, Life Waxahachie, stood. After nearly eight decades off the numismatic market, an 1861 Confederate half dollar that is part of the Eric P. Newman Collection will be auctioned publicly for the first time in November.

An 1861 Confederate half dollar believed to have been at one time the property of Confederate States of America Treasury Secretary Christopher Memminger and off the numismatic market for nearly eight decades will be auctioned by Heritage Auctions in its Nov. 1 and 3 sale in Dallas of Part IX of the Eric P. Newman Collection.

It is the first public appearance of the coin at auction.

Whenever President Trump sets off a new controversy, there's always a period of hair-on-fire commentary, usually conducted in the absence of polls or other evidence of public opinion. It's happened again and again, the latest example being the president, the NFL, and the national anthem.

Trump set things off September 22 during a speech in Alabama. Now, after more than a week, there are five new polls with information on the underlying issue -- NFL players protesting during the national anthem -- and Trump's treatment of it.

On the protests, the short version is, the public, which disapproved when Colin Kaepernick first refused to stand for the anthem last year, still disapproves.

After Puerto Rico mayor slams Trump, LOOK what comes out on HER… 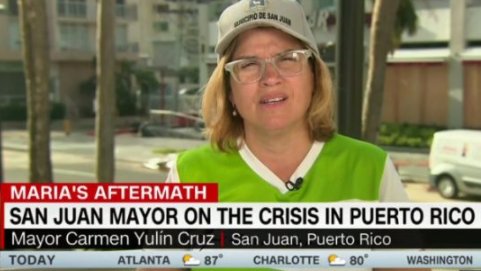 You can see politics being played in front of your eyes just by looking at the different reactions that Puerto Rico’s governor and mayor of the capital city are having to the crisis on the island.

Contrary to the media narrative, the U.S. territory’s governor has been extremely grateful for the Trump administration’s response.

On PBS last week he said “First of all, we are very grateful for the administration. They have responded quickly. The president has been very attentive to the situation, personally calling me several times. FEMA and the FEMA director have been here in Puerto Rico twice. As a matter of fact, they were here with us today, making sure that all the resources in FEMA were working in conjunction with the central government. We have been working together. We have been getting results. The magnitude of this catastrophe is enormous. This is going to take a lot of help, a lot of collaboration. So, my call is to congressmen and congresswomen to take action quickly and conclusively with an aid package for Puerto Rico.”


More @ Allen B. West
Posted by Brock Townsend at Saturday, September 30, 2017 No comments:

The mayor of a Puerto Rican city that sits next to San Juan praised the administration's help Saturday night, and chided the "politics" of San Juan Mayor Carmen Yulin Cruz, who has been criticizing President Trump.

In an interview with Secrets, Guaynabo Mayor Angel Perez Otero said that in several meetings with FEMA and U.S. military officials about the recovery effort, Yulin Cruz has been absent. "I've seen other mayors participating. She's not," said Perez Otero.

Sacrificing the Substance of Individual Liberty


James D. Bulloch, born in Savannah and descended from Scottish forbears, was the foremost planner of naval affairs for the new American nation in 1861. His grandfather, Archibald Bulloch (1730-1777), guided Georgia’s Liberty Party in actions against oppressive British colonial measures and later served as a colonel in the Revolution. James remained in England after the war and died there in exile in 1901. It is said that Bulloch was encouraged to write his memoirs by nephew Theodore Roosevelt in the early 1880’s, which inspired Teddy’s later book on the War of 1812. Roosevelt praised his uncle and other Southern patriots for following their duty to fight for independence.
Bernhard Thuersam, www.Circa1865.com   The Great American Political Divide

Sacrificing the Substance of Individual Liberty

“In 1861 the disintegrating forces prevailed, and eleven of the Constituent Republics withdrew from the Union on the plea that the original conditions of Union had been broken by the others, and they formed a fresh confederation among themselves. The remaining States or Republics resisted that act of separation, and affirmed that the people of the whole United States were, or should be fused into, one nation, and that the division of the Union into States had, or should hereafter have, no greater political significance than the division of the several States into counties.

The Union of 1787 was dissolved in 1861 by the action of ten of the constituent republics. A new Union was formed in 1865 by the military power of the majority of States, compelling the minority to accept their view of the national compact. The former Union was a confederation of States, and was of course a Federal Republic; the latter Union is founded upon a fusion of the people into one nation, with a supreme centralized executive and administrative Government at Washington, and can no longer be called a Federal Republic; it has become an Imperial Republic.

The latter name gives some promise of greater strength and cohesion of the former, but the duration of the restored Union will depend very much on whether the people of the whole country fully realize, and are really reconciled to, the new dogma that each State is only an aggregate of counties, and that its political functions are only to consist in regulating such purely domestic concerns as the central authority in Washington may leave to its discretion.

If the majority who have effected the change in the conditions of the American Union are content to leave the management of public affairs to the professional politicians, the “caucuses,” and the “wire-pullers,” they will have fought in vain, and will find that to secure the semblance of a strictly national Union they have sacrificed the substance of individual liberty.” 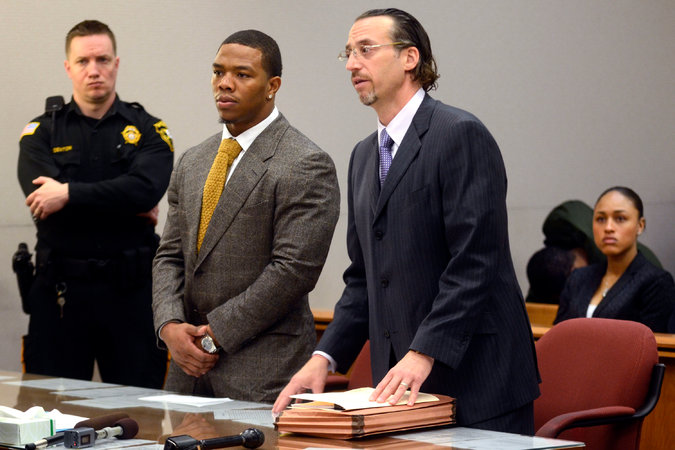 NFL players kneeling in protest during the national anthem was a movement steadily gaining momentum. It suddenly exploded last weekend after Donald Trump called out the protesting players for disrespecting the American flag. Now the Leftmedia elite are blaming Trump for causing “division.” But the truth is Trump hit upon an issue that has become deeply offensive to many Americans: Multi-millionaires are protesting supposed injustice and racism in America that is simply not backed up by the facts. Those protesting are demanding that Americans concede to accepting a reality that amounts to a lie. And what is that lie? That police across the nation are systemically racist against blacks. It’s the Democrat war on cops.

Campus police in hot pursuit of white man who peed on BLM chalk drawing, thank God they are so diligent


And yet, University of Michigan police are in hot pursuit of a man who apparently committed the worst of crimes in this politically correct era – sacrilege.

Footage posted on Twitter caught the white man man relieving himself on a ‘Black Lives Matter’ chalk drawing on the school’s iconic Diag, the same spot where several protests have occurred over the past few days.

Letter to the NFL Commissioner.