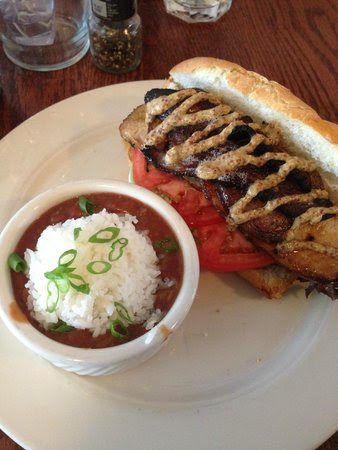 On 8 January 1815 Tennessee volunteers (and a few from Kentucky) under Gen'l Andrew Jackson defeated the British at the Battle of New Orleans and saved y'all's yankee bacon. If Jackson hadn't won, they'd be eating bangers and mash in New Orleans today instead of Po' Boys and Red Beans & Rice, not to mention drinking tea without ice and warm beer.

Y'all enjoy your weekend.
Posted by Brock Townsend at Friday, January 08, 2016 No comments:

3% OF IDAHO OFFICIAL PRESS RELASE AND CALL TO ACTION

Pacific Patriots Network and 3% of Idaho

In response to concerns of Federal agencies intervening at the Malheur National Wildlife Refuge, The Pacific Patriot Network (PPN) and its associated organizations are releasing an Immediate Call to Action to secure a perimeter around the Wildlife Refuge; it’s occupiers, and the citizens of Harney County. We wish to establish a safety perimeter of protection for the occupiers so as to prevent a Waco-style situation from unfolding during this peaceful occupation. The primary intention of this outer-ring is to bear witness to any aggressive action initiated by federal agencies or the occupiers, and to encourage an open dialogue towards a peaceful resolution.

We will serve as a neutral third-party intermediary to prevent bloodshed. In congruence with the concerns of the citizens of Harney County, The PPN and its affiliated organizations will operate with respect and professionalism so as to not elevate fears within the community. As outsiders, we recognize our responsibility to maintain both peace and civility during our presence. To further demonstrate our non-aggressive posture, military style or tactical clothing will not be authorized for this operation. It is imperative that the Nation recognizes the importance and sanctity of all lives in this situation.

While the PPN does not condone nor encourage the execution of the Wildlife Refuge occupation, we have a duty and responsibility to ensure that a peaceful resolution is reached.

Please contact Brooke Agresta if you have any questions.
Posted by Brock Townsend at Friday, January 08, 2016 3 comments:

We have had many people ask where they can donate and/or send food and supplies for the Patriots in Oregon.

*We are not asking for donations we are just giving the info to those of you that have been asking.


Food and supplies can be sent to:

Since Dwight Lincoln Hammond, Jr., and his son, Steven Dwight Hammond already served their original sentence and were released from prison, we see no reason for them to have to serve an additional length of time.

The original judge in the trial (Judge Hogan) overruled the minimum terrorist sentence that is now being used as the justification for their reimprisonment. He wrote that if the full five years were required, it would be a violation of the 8th amendment (cruel and unusual punishment).

Matt Bracken
What I Saw At The Coup, Part I 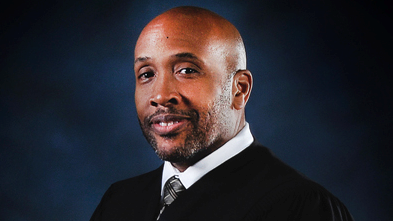 Just a day after a weeping President Obama attempted to disembowel the 2d Amendment with a series of unconstitutional executive orders, a liberal judge in Maryland, caving to the mob justice in that plagues that benighted city, gutted the 5th Amendment. This occurred during a pre-trial hearing in the case of Officer Caesar R. Goodson, the second Baltimore City policeman to be tried criminally in the allegedly accidental death of small-time hood Freddie Gray.

The prosecution asked Judge Barry G. Williams to compel Officer William G. Porter, to testify against Goodson, and the judge, over the strenuous opposition of the defense, granted the motion.

The nationalities may be incorrect.
Posted by Brock Townsend at Friday, January 08, 2016 16 comments:

The Bells Toll for Hillary 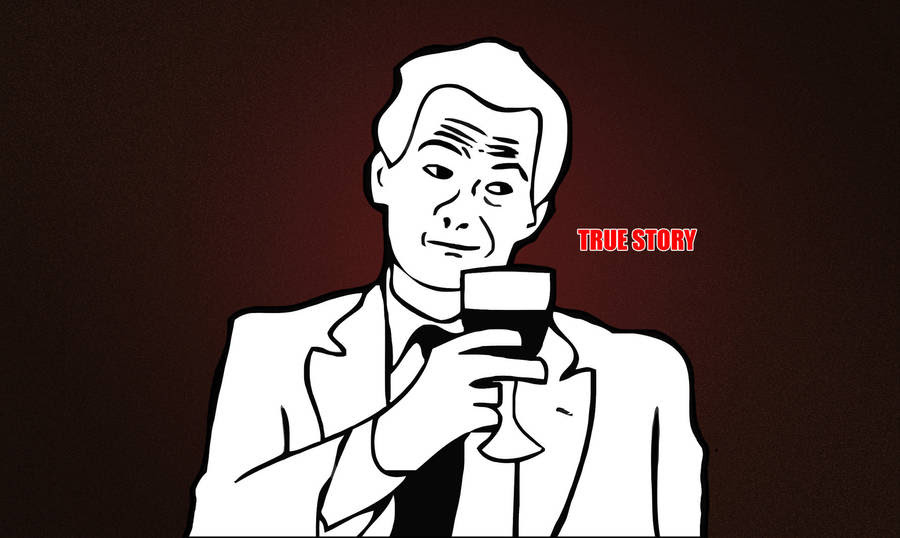 The Federal Bureau of Investigation will recommend that the Justice Department bring criminal charges against Hillary Clinton and various of her aides, and soon. The evidence consists of materials that the Bureau has gathered in the course of its months-long investigation of Mrs. Clinton’s personal server. The recommendations will come very soon.

The charges will consist of some of the following:

Miles Away From Oregon, the Longest Armed Standoff in U.S. History Quietly Comes to a Close in Texas After 15 Years

I was thinking about this the other day.

A nearly 15-year armed standoff along the Trinity River in Texas quietly came to a close Wednesday after a reporter informed John Joe Gray that a district attorney actually had dropped the charges against him way back in December 2014.

This longest armed standoff in U.S. history began in 1999 when Gray, a carpenter linked to various antigovernment militia groups, was charged with assaulting a police officer during a traffic stop, according to WFAA-TV. The officer initially took issue with the fact that Gray, now 66, was carrying a pistol without a concealed carry permit while Gray insisted that he had a a God-given right to carry his weapon. During the ensuing scuffle, Gray admitted to biting the officer.

Islamic State terrorists murdered a young woman on January 6 as retribution for allegedly cooperating with the U.S.-led coalition forces. The blind-folded 35-year-old Lina Qasem was blindfolded and led before a group of men wearing traditional dress and forced to her knees. A bearded, be-turbaned young man shot the woman in the back of the head while the crowd looked on.

A photograph, presumably taken by the IS publicity machine, recorded the execution.

Globalists who demand that the West accept a wave of Muslim refugees have obliterated the face of Germany and are threatening to do the same to America, warns conservative icon Phyllis Schlafly.

“This massive immigration is simply changing the face of the world. It’s already changed Germany. Germany isn’t German anymore,” Schlafly told WND. “We want America to continue to be American, with our values, our Constitution’s values. The people who want to make us globalists do not have the best interests of our country at heart.”

Schlafly cited recent news of Islamic migrants rape jihad on women in Europe, where government officials are reported collaborating. As WND reported, public outrage is surging over reports of the mass sexual assault of German women in Cologne by Arabs and North Africans during New Year’s celebrations. And reports are coming in of attacks in other German cities, such as Hamburg and Stuttgart.

Via David "Let There Be War"

MUSLIM Shoots Philly Police Officer Multiple Times, Says He Did it “In the Name of Islam”

Authorities say a Philadelphia police officer is recovering after he was shot several times during an ambush late Thursday night in West Philadelphia.

Philadelphia police commissioner Richard Ross says the officer was sitting in his patrol car around 11:30 p.m. at 60th and Spruce Streets when a gunman fired 13 shots through the driver’s side of the car.

Sources tell Eyewitness News the suspect has given a full confession, saying he did it in the name of Islam.

“When you look at the video, this is one of the scariest things I’ve ever seen,” Commissioner Ross said. “This guy tried to execute the police officer. The police officer had no idea he was coming. It’s amazing he’s alive.”

“One doesn’t beat women – not even with flowers” 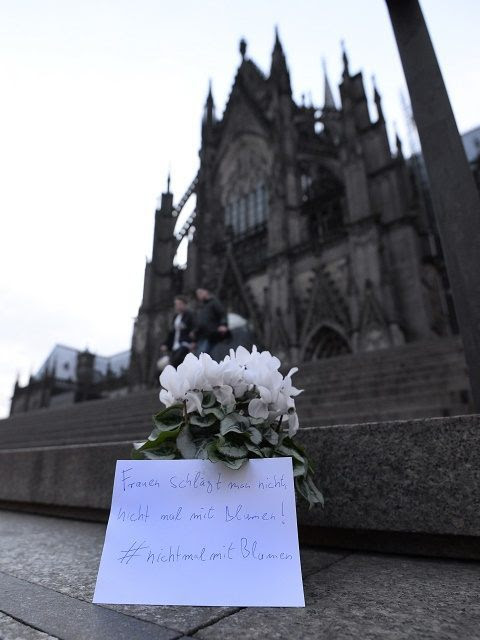 There has not yet been any comparable group established in Cologne itself, which has been described to Breitbart as being one of Germany’s most ‘progressive’ cities. The city elected an independent mayor last year who stood on a platform of pro-migrant policies as she lay in a coma, having been stabbed in the neck the day before the vote by an anti-migrant campaigner. ( No, this isn't a parody)

Dusseldorf, the neighbouring city to migrant sex attack capital Cologne is the first German city to see a new citizen protection league since the new year’s attacks, with thousands signing up to do their part.

Declaring “one for all, and all for one”, the motto of Sweden and a saying commonly associated with the Three Musketeers the new ‘Dusseldorf is Watching’ group already had 2,300 members after it was launched on Facebook last night. The group intends to provide protection at major events and in city centres at weekends to ensure the safety of their fellow Germans, reports the Rheinische Post.

On the campaign trail, Ted Cruz says he’s the “consistent conservative”–the one candidate who always sticks to his principles.

But on immigration, that’s an open question.

The Texas senator has long been a fierce proponent of expanding legal immigration and visas for high-skilled workers, so much so that he repeatedly broke with immigration hardliners like Sen. Jeff Sessions during Senate Judiciary Committee proceedings in 2013. Now, Cruz is advocating a tough approach that would impose a temporary halt on legal immigration–a significant reversal for a senator who espoused more moderate positions on immigration in Congress than on the campaign trail.

While much of the recent scrutiny on Cruz’s immigration record has been on whether he backs legalizing the 11 million undocumented immigrants already in the country, there is no doubt that Cruz was a staunch advocate of opening U.S. borders for those entering into the United States through the proper legal channels. He fought to allow more legal immigrants into the United States during the Senate’s most consequential immigration debate since George W. Bush’s presidency.