The North Shifts the Issue

The victor of wars writes the official history, inflates his lofty intentions and controls what is set in the historical record. William Joseph Peele was a simple North Carolinian who is credited with the creation of the Agricultural and Mechanic Arts schools in the State, and support for a State Historical Commission which would set the record straight.
Bernhard Thuersam, www.Circa 1865.com   The Great American Political Divide

The North Shifts the Issue

“Mr. Peele could not get away from the idea that the cause of the Civil War was commercial jealousy. Henry Adams and Mill say that in ’61 the people of England entertained the same opinion. Peele did give credit to the North for so shifting the issue that it seemed to be a war for freedom.

“The agitation about the Negro, as a counter-irritant to distract attention from the injustice of Federal revenue laws, was [said Peele] more than a success; for the shallow politicians of both sections forgot the real issue; but the beneficiaries never lost sight of it. I will use a homely illustration:

A and B are doing business on the opposite sides of a street; B begins to undersell A; A becomes angry, but cannot afford to tell his customers the cause; he hears that B once cheated a Negro out of a mule; he makes that charge; they fight; the court record of the trial shows that the fight was about the Negro and the mule; but there is not a business man on the street who does not know that the record speaks a lie.” 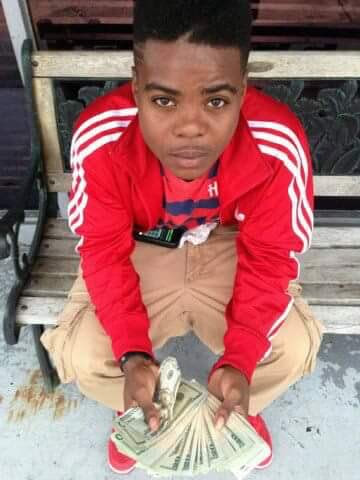 The shooting of 19 year-old Henry Bennett reportedly followed a traffic stop in which two occupants of the stopped vehicle fled with one pointing a gun at the deputy. 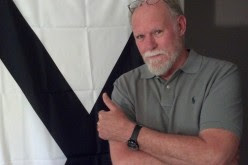 As I write, the major governments of Europe are busy decrying “hate speech” by their own citizens.

They are doing this in the wake of the New Year’s Eve assault and rape outbreak by Middle Eastern and African “refugees” against young white women. One official in Cologne, Germany, called the anti-immigrant responses from his fellow German nationals as bad as the rapes and assaults themselves.

Yes, you read it correctly. The governments of Germany, Sweden, Finland, Austria, and other European countries are more concerned with “hate speech” against non-white “refugees” than with the safety and well-being of their own citizens. What sort of insanity is this?

This is the sort of insanity you get when you elect people such as Angela Merkel to lead you. Frau Merkel, and indeed most of Europe’s elected officials, are firmly committed to the leftist, anti-white, anti-Christian principles that now prevail all across the Western world–what we used to call Christendom. Indeed, most of Europe’s ruling class seeks the destruction of their own civilization in the name of political correctness. I admire the attempts by disarmed Europeans to fight back against the “refugees” in Germany and elsewhere. But I think their attention is misplaced by only going into the streets. A much more effective tactic would be to target the traitors among their own political ruling class.

More @ League of the South
Posted by Brock Townsend at Saturday, January 16, 2016 10 comments:

Rescue team on way to Benghazi turned back: 'They could have gotten there before the last 2 Americans died'

The evidence is overwhelming that the United States had several rescue teams ready to go during the 2012 Benghazi attacks, but someone -- possibly the president himself -- prevented them from acting.

This week on her show, "Full Measure," Attkisson looked into the aborted rescue mission in an in-depth two-part report, "Rescue Interrupted," which you can watch here and here. She spoke with a Green Beret commander who told her that there were actually Special Forces on their way to Benghazi who were turned back.

‘Blasphemer!’ Pakistani teen cuts off own hand after mistakenly admitting to not praying

Via Terry "Another "moderate" moosloid? Should have cut off his own head."

A 15-year-old Pakistani boy has cut off his hand as a way of punishing himself for an accidental “blasphemy” he committed. The boy was praised by his parents and gained huge respect from his neighbors for the act, police told AFP.
It turns out the Mohammad Anwar raised his hand by mistake after he misheard a question from an imam, who asked the crowd at a village mosque to give a show of hands of those who had stopped praying.

The boy raised his hand and was immediately accused by the crowd of blasphemy.

After cutting off his hand he put it on a plate and brought it to the cleric, the police chief said.

Via comment by Quartermain on "European Gun Sales Soar On Refugee Fears As "Racis...

A German leisure centre has become the first in the country to ban all migrants after a schoolgirl was sexually assaulted in a public swimming pool by Syrian teenagers.

Three Syrian boys were arrested earlier this month over the attack at a leisure centre in Munich as the country grapples with growing concerns about sex crimes perpetrated by asylum seekers.

In response to growing concerns, a leisure centre in Bornheim, North Rhine-Westphalia, has now barred all migrants.

The ban also follows an attack by an 18-year-old refugee on a 54-year-old woman in Bornheim, where he had grabbed her by the private parts and tried to kiss her.

I have argued for two months that Clinton’s legal woes are either grave or worse than grave. That argument has been based on the hard, now public evidence of her failure to safeguard national security secrets and the known manner in which the Department of Justice addresses these failures.

The failure to safeguard state secrets is an area of the law in which the federal government has been aggressive to the point of being merciless. State secrets are the product of members of the intelligence community’s risking their lives to obtain information. 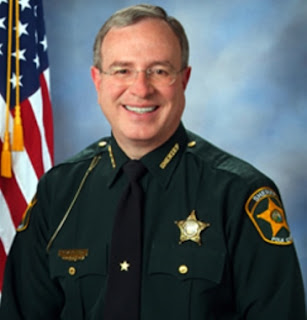 It's Florida Sheriff Grady Judd's duty to protect the citizens of Polk County -- but he figures it's their job, too.

One of a growing number of rural and big-city law enforcement officials who openly encourages responsible gun ownership, Judd believes guns allow citizens to defend themselves when police cannot.


“If you are foolish enough to break into someone’s home, you can expect to be shot in Polk County,” Judd said in a statement after a homeowner shot a would-be home invader earlier this month. “It’s more important to have a gun in your hand than a cop on the phone." 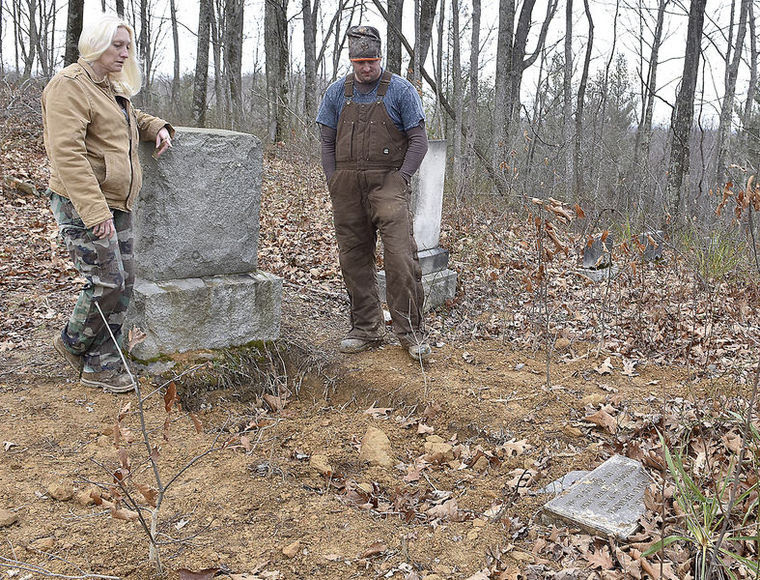 When Saprina Roark went to visit her family’s Princewick, Virginia graveyard shortly after Christmas, her great-great-grandfather, a Confederate Civil War veteran, was missing.

Someone had dug up the veteran’s grave and left only his skull behind in the remote, wooded cemetery – a half mile from the nearest residence. Roark’s kin, former 36th Infantry private Thomas Meadows, resided in one of the oldest graves at the site, which is now the subject of a criminal investigation to track down the grave robbers, the Register-Herald reports.

Via comment by Quartermain on The Artful Dodger": Rubio on bringing in 10 milli...": 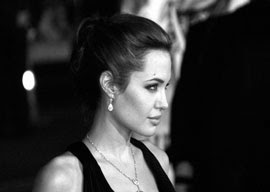 Is there a head of surgery on TV who isn’t black? Sir Lancelot is now black. The Ghostbusters are women. Thor is black. Mad Max is a woman. Spider-Man is black. Ocean’s 11 is all women. Meat Loaf is gay. The Honeymooners are black. James Bond is black or maybe he’ll be gay. At the beginning of the Annie reboot where we discover she’s now black, she performs for her classmates and tells them welfare-state pioneer FDR was the greatest president ever because he brought us the New Deal. Later in the movie, we discover Annie can’t read. Nice utopia, you Feel-Good Communists. That’s what’s so annoying about watching these people push us into the passenger seat. They can’t drive. The fake world they’re forcing down our throats is as boring to watch as it is totally implausible.

I bought this car at 45K and now have 130K on it. Everything is up to date as far as maintenance, smog and tags. The original AC, main computer and all eight coils have been replaced. Comes with a full tank of nitrous which has only been used one time at the setup below. I found an '06 with 49K, so going to sell this and do it all over again.

http://www.lincolnvscadillac.com/for...p-405-4-TORQUE
Posted by Brock Townsend at Saturday, January 16, 2016 No comments:

What's your view on this pain-in-the-ass ...................thing?  I'm just about sick enough of this continually bickering IN PUBLIC that I think I should just spend the rest of my days fighting the good fight for my Southern ancestors.

But we all need to face front, get on line, and focus now."

Years of such have contributed irreplaceable harm to the movement, our enemies are laughing and rightly so.  I'm wiping my slate clean today and shall start over.  I suggest others do the same.
Posted by Brock Townsend at Saturday, January 16, 2016 4 comments:

I Have No Shame Rubio
with video @ Numbers USA
Posted by Brock Townsend at Saturday, January 16, 2016 2 comments: 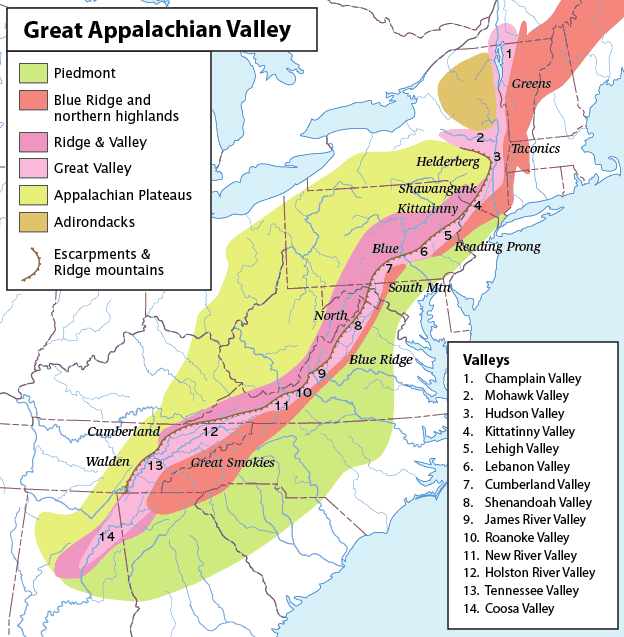 T.L. Davis
Sagebrush Rebellion: If It Would Save Just One Life

Matt Bracken
What I Saw At The Coup, Part II

David DeGerolamo
Something the Patriot Community Can Support