Vote Fraud and the Future of the American Republic: When Liberty is under Attack

For several months before the November 3 Election, in fact right up to 31 days before the election, Democratic Party activists in seven states—Arizona, Georgia, Pennsylvania, Michigan, Nevada, North Carolina, and Wisconsin—were unlawfully attempting  to change voting rules without the permission of their state legislatures, primarily to make voting by mail easier. They were successful in six states, including Arizona and Georgia, even though they had Republican Governors, and Georgia had a Republican Secretary of State.

The Leftists Marched Across Georgia

The leftists marched across Georgia,

Looking for some votes to steal,

They were in a bind, really getting behind,

And willing to make a deal.

They had the election rigged,

The very best they could.

The machines Kemp got from China,

Would make it come out real good.

The sacrifices of those who served in the American military in December, 1941 should be recounted often for us all to ponder and appreciate that the 3000 Americans who died at Pearl Harbor should not have perished in vain.  The sincerest memorial to those who fought and died in this tragedy (and others in American history) is to analyze and discuss the multitude of reasons why it happened and how we ensure that American servicemen are not knowingly put in harm’s way for political purposes ever again.

As there is far too much information available today for the surprise attack myth to survive even cursory scrutiny, and thanks to the Freedom of Information Act and declassification of hundreds of thousands of decoded Japanese messages, we can now get a very clear picture of how events unfolded in 1940-41.

The War in the Pacific The dramatic events leading up to the secession of the Southern States, the tragedy of the War Between the States and the ensuing final act of the South’s Reconstruction period were, for the most part, staged east of the Mississippi River, as well as in the waters surrounding the East Coast.  A lesser part of the drama was played out in the vast Trans-Mississippi area, while the scenes that took place on America’s West Coast and in the Pacific drew scant reviews in their day and are now little more than footnotes in American history.  That is not to say, however, that the developments that took place on the east side of the Continental Divide did not have just as telling an effect on those in the newer States of California and Oregon, as well as the Territory of Washington.

AZ Legislators to Call for Decertification of Election

Republican Arizona lawmakers said in a press release Sunday they will make a joint statement addressing the “urgent need” to decertify the state’s 2020 election results.

The group of 28 state Republican legislative members and members-elect, including Arizona House Majority Leader Warren Petersen, will announce Monday their view that the number of fraud allegations warrant an investigation.

Election Expert: “If We Are To Accept That Biden Won, Then Each Of These Metrics Were Wrong For The First Time, And Simultaneously Wrong Together “

“Something very strange happened in America’s democracy in the early hours of Wednesday November 4 and the days that followed. It’s reasonable for a lot of Americans to want to find out exactly what.”

Newt Gingrich
Every Republican state legislator should read Patrick Basham’s analysis https://spectator.us/reasons-why-the-2020-presidential-election-is-deeply-puzzling/
and demand an oversight committee to review their state’s vote. Basham makes clear the election was almost certainly stolen in 5 states. Every American should be worried by the theft.

Anyone who has been paying close attention KNOWS that Basham is not the first.

Many statistical and polling experts have come forward and are saying the same thing.

They’re saying that the numbers don’t add up……What’s more is that they are citing statistical improbabilities and impossibilities like Benford’s Law, among other things.

‘NO GUNS’: Leftist Santa Scolds Little Boy and Leaves Him in Tears After He Asks for a Nerf Gun for Christmas (VIDEO) A leftist hired to play Santa Claus left a little boy in tears after he scolded him for asking for a Nerf Gun for Christmas.

After the child tells him that he wants the toy, the activist tells him “no, no guns.”

In one corner, President Trump and his allies claim massive fraud cost him the 2020 election.

In the other, Democrats and sympathetic media allies argue that the vote was free and fair and that the charges of fraud amount to sour-grapes conspiracy mongering.

Many allegations advanced by the president, his surrogates and supporters have been challenged and some have been dismissed by courts or debunked.

Still, in numerous instances, media fact checkers have not been diligent. They have simply run the allegations past state authorities and other officials who would have orchestrated the alleged fraud or had an interest in minimizing irregularities.

It was thus hardly surprising when the New York Times reported that it had called officials in every state and was told, as the headline said, that there was “No Evidence of Voter Fraud.” That’s the kind of statement that inspires skepticism because fraud is inevitable in any big election. The Times itself seemed to acknowledge just that in the article’s sub-headline, which said, without presenting evidence, that there were “no irregularities that affected the outcome.”

Watch: Jeanine Pirro Rips Bill Barr: ‘So Deep In The Swamp You Can’t See Beyond Your Fellow Reptiles’ 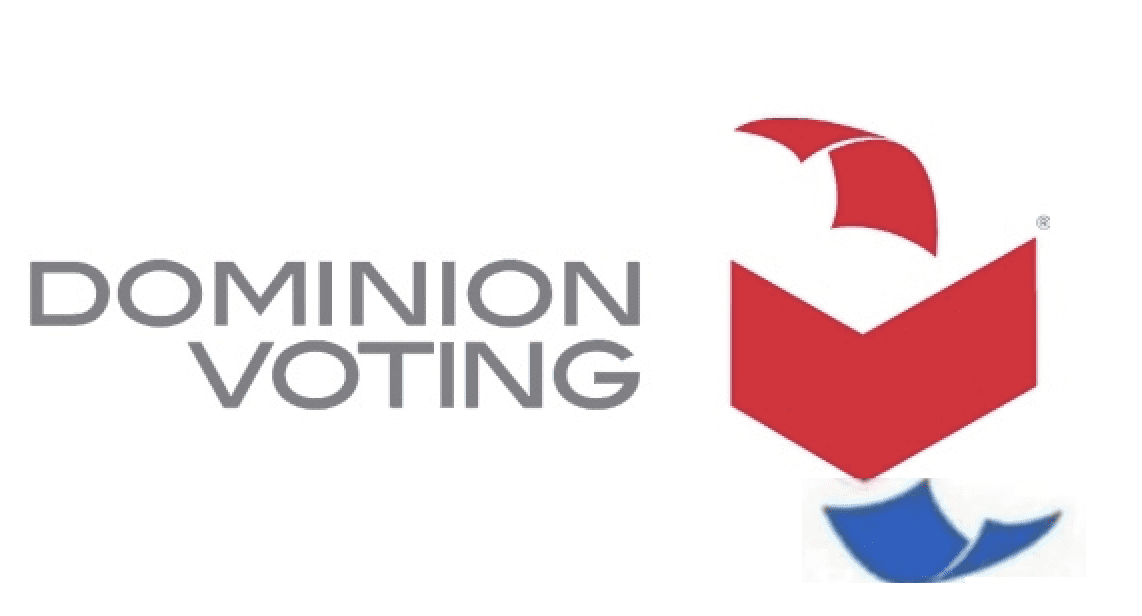 Using sequestered Dominion Equipment, Ware County ran a equal number of Trump votes and Biden votes through the Tabulator and the Tabulator reported a 26% lead for Biden

This is but one county and on one tabulator alone.

But now consider whether they’ve been doing this for years….decades even!

The so-called “blue trend” across the country?

According to the data, America doesn’t want Democrats at all, but dozens if not hundreds if not thousands of elections have been stolen for decades!

But only when they deployed it against Donald Trump did we catch them.

Today, December 7th, 2020: VMI has fallen to the forces of the American Marxist Democrat Empire. Thomas Jonathan Stonewall Jackson has been removed.

May the Lord forgive me for the hate I have in my heart for those people. I can’t control it.
Posted by Brock Townsend at Monday, December 07, 2020 12 comments: