Du Pont and His Powder Industry 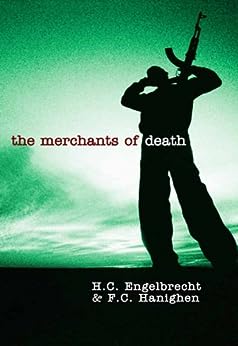 E. I. Du Pont’s position as an anti-slavery advocate may have been more about containing black people in the South and forbidding them into the North and territories, as was common among Republicans. He may also have been opposed to the war but made a fortune through powder orders by providing 4 million barrels to the Northern government. Du Pont’s revolutionary “mammoth powder” for heavy artillery allowed greater range for bombarding American cities in the South.
Bernhard Thuersam, www.Circa1865.com   The Great American Political Divide

Du Pont and His Powder Industry

“. . . Du Pont, a strong Whig and anti-slavery partisan could hardly feel much enthusiasm for the [Mexican] war, even if it did bring him government powder orders. [In the postwar] Ohio and Indiana farmers were industriously clearing away timber land, and potent charges of Du Pont powder were needed to extract the stumps. This was the first era of railway building, and powder was a necessity for railroad contractors. William Astor and his Oregon Fur Company needed powder for hunting in the Northwest. Mining was also beginning to develop.

Du Pont did not need a war, but the gods smiled and gave him one. In 1854 England, Turkey, and others went to war with Russia, and guns in the Crimea needed powder. Du Pont filled [orders from both England and Russia, and] shipments of the “black death” went forth to the far corners of the world.

During the American Civil War Du Pont was again the patriot – at least the Northern patriot. Naturally the war brought Du Pont large orders and he was the mainstay of the Northern government.

The Civil War created a virtual partnership between Du Pont and the government. When the war was over, this relationship was not disturbed . . . [and] Working hand in glove with the government became a regular practice for Du Pont.

The last decades of the nineteenth century witnessed the formation of powerful combines and trusts in American business. It was only natural that Du Pont should be transformed from a simple powder company into a gigantic combine with international ramifications.

The development came as a result of the Civil War [and] Government orders had been so reckless that the supply of powder on the market proved a drug to the entire industry. The government sold its surplus at auction prices sand the bottom fell out of the powder industry.

Beginning in 1872 the Du Pont Company gradually brought “order” into the industry, and in 1907 it was not only supreme in the field, but had virtually united all powder companies in the country under its guidance, control, or ownership.

The result of this monopolistic policy may be seen in the fact that by 1905 Du Pont controlled the orders for all government powder orders. Having established this monopoly, Du Pont turned again to price-fixing [and] national prices were established from which there was no deviation.

During the World War Du Pont supplied 40 per cent of the powder used by the Allies, and after 1917 its orders from the United States government were enormous.”

Moral Consequences of Abandoning the Cause of Freedom

Hanoi’s Communist leaders were ready to postpone their conquest of Southeast Asia for decades. Their only hope was the Marxist American Left and its increasing influence on a war-weary Congress with a heavy Democrat majority.

On January 27, 1973, The United States, South Vietnam, North Vietnam, and the Communist National Liberation Front signed a peace agreement that should have ended the Vietnam War.

More @ The Tribune
Posted by Brock Townsend at Thursday, February 16, 2017 2 comments: Links to this post

How much difference does a single line on a tax form make? For Obamacare's individual mandate, the answer might be quite a lot.

The health law's individual mandate requires everyone to either maintain qualifying health coverage or pay a tax penalty, known as a "shared responsibility payment." The IRS was set to require filers to indicate whether they had maintained coverage in 2016 or paid the penalty by filling out line 61 on their form 1040s. Alternatively, they could claim exemption from the mandate by filing a form 8965.

For most filers, filling out line 61 would be mandatory. The IRS would not accept 1040s unless the coverage box was checked, or the shared responsibility payment noted, or the exemption form included. Otherwise they would be labeled "silent returns" and rejected.

Instead, however, filling out that line will be optional.


More @ Reason
Posted by Brock Townsend at Thursday, February 16, 2017 No comments: Links to this post


Former CIA analyst and retired U.S. Army Reserve Lieutenant Colonel Tony Shaffer was interviewed on Fox on Wednesday and laid the blame for the leaks about former National Security Advisor Michael Flynn directly at the feet of the Obama administration.

“Risk and Reward” host Deirdre Bolton asked Shaffer whether he thought leaks from the Obama administration were “the problem.”

“Absolutely,” Shaffer answered, saying the Obama administration was “directly involved” with the leak.

Hispanic voters support President Trump's new focus on deporting illegal immigrants with criminal records and punishing some 300 cities that grant "sanctuary" to undocumented criminals, according to a new poll.

The survey for Secure America Now found that 56 percent of Hispanic voters approve of deporting criminal illegals. Some 31 percent don't.

What's more, they back the president's executive order to end the Obama administration's "catch and release" policy at the border.

Over all in the McLaughlin and Associates survey, 69 percent of all voters back the president's plans.


More @ Washington Examiner
Posted by Brock Townsend at Thursday, February 16, 2017 No comments: Links to this post

When a DEMOCRAT is saying this, maybe we should take notice.

It’s good to see that there are still people out there more committed to the nation than they are to ‘Party Politics’.

Because it doesn’t take a lot of imagination to understand that not everything that hurts THEIR team actually helps YOUR team. Some things are bad for everyone… even if it hurts the other guys most.

Dennis Kucinich must have eaten his spinach. Because it takes some stones to stand up AGAINST popular opinion, and call ‘BS’ when people are being unfair with the OTHER side’s guy.

This is a welcome breath of fresh air compared to the lockstep enduring #NeverTrump outrage of sheep like Sally Kohn.

Kucinich had some harsh words:

OBAMA Gave NSA New Powers In Final Days As President That May Have Been Used To Sabotage Trump
Posted by Brock Townsend at Thursday, February 16, 2017 6 comments: Links to this post

Intel Officials Are Withholding Information from Trump - Grassley: America’s Hands Are Just As Dirty As Russia’s

A report from the Wall Street Journal indicates that U.S. intelligence officials are withholding information from President Trump because they claim that they’re worried about the information becoming compromised or getting leaked according to officials.

A White House official said: “There is nothing that leads us to believe that this is an accurate account of what is actually happening.”…

…It wasn’t clear Wednesday how many times officials have held back information from Mr. Trump.

Posted by Brock Townsend at Thursday, February 16, 2017 No comments: Links to this post