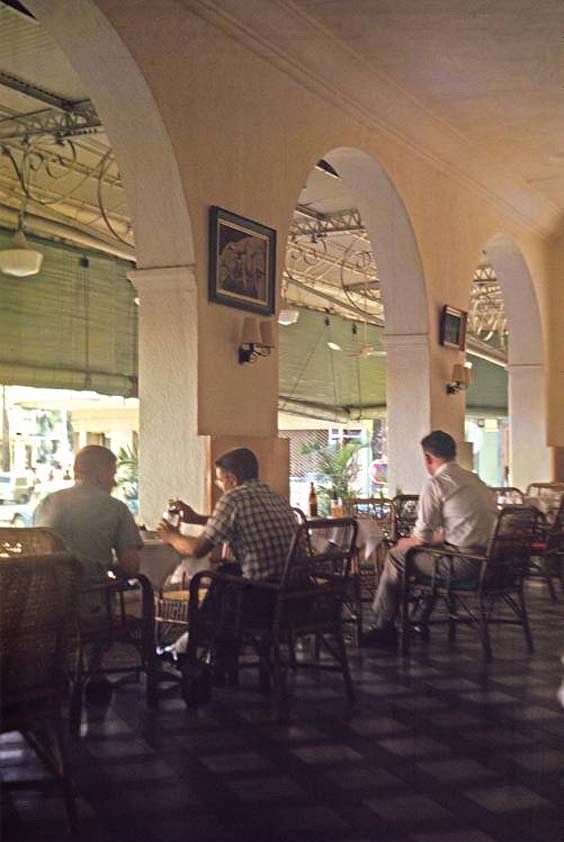 Continental Palace above which is mentioned in the link below and where Graham Greene wrote The Quiet American.
In piecing together our collective memory of a Saigon past, old photos play an insurmountable role in providing visual evidence that the human mind might miss after decades.

These shots of 1963 Saigon were taken by American G.I. Pete Komada who was based at Davis Station in suburban Saigon. What he saw through his lens were separate slices of the city in the early 1960s, when the sides of the Saigon River weren’t filled with houses and still retained their lush greenery, as shown through the aerial shots.

Women in snazzy hairdos behind the bar, a morning coffee at the Continental Hotel accompanied by people-watching, the eerie emptiness of Dong Khoi Street late at night: a mix of the familiar and the strange exists in these photos.

The photo was obtained by the Washington Examiner and it reaffirms Eric Ciaramella is a political hack with a partisan Trump-hating agenda.

Via John Is this what the future of this country is to look like, where only 'some" people get to speak and others are violently silenced?
Trust me, bullets will fly before this becomes widespread in this nation, and RIGHTly so, and those little dipshits seen in this video will be....."gone".....utterly "bye-byed."

Posted by Brock Townsend at Wednesday, November 20, 2019 No comments:

Patrick Henry called the Constitution a butterfly with "poison under the wings."

The beginning of the American political order goes much further back than the Philadelphia Convention of 1787.  Political scientists and political theorists are understandably fixated on the Constitution and the convention that produced it.  Eric Voegelin, Willmoore Kendall, and a few others go even further back searching for a continuity in the political symbolization present in some certain select, but not all, American political documents of the colonial era.  Origins and foundings are broader and more complex things than what a selection of documents or the deliberations that one constitution convention can reveal.  Any political order is bound up with the cultural, religious, social and political ethos and eidos of a people and their society.  In the American experience, there was not one founding but thirteen and these “foundings” took place over a period of slightly more than a century.  Present in these thirteen political orders were powerful commonalities and significant differences among each of the thirteen distinct societies.  What is the most significant cooperative action on the part of these thirteen states, the War for Independence, was as much a source of division as it was of unity.  All the colonial governments seceded for the British Empire, but only a minority of colonists, one-third if we believe Mr. John Adams, perhaps as low as one-fifth if some scholars are to be believed, favored secession from Great Britain.  A plurality just wanted the war to go away. Of course, this is not important, unless one is in the habit of introducing your constitution with the phrase, “We the People . . ..”


More @ The Abbeville Institute
Posted by Brock Townsend at Wednesday, November 20, 2019 No comments:

The head of Burisma Holdings was indicted this week in Ukraine!

The claim alleges that Hunter Biden and his partners received $16.5 million for their ‘services’


More @ The Gateway Pundit
Posted by Brock Townsend at Wednesday, November 20, 2019 No comments:

Two US marines lean against the wall of a destroyed home in Hue, Vietnam near the bodies of two Vietcong soldiers who were inside at the time of the attack.
Posted by Brock Townsend at Wednesday, November 20, 2019 No comments:

Trump Responds: Sondland Testimony Means Impeachment Is 'All Over'

“I just noticed one thing, and I would say that means it’s all over,” Trump told reporters at the White House before traveling to Texas.

Trump was referring to a Sept. 9 phone conversation he had with Sondland, which the ambassador testified about Wednesday before the House Intelligence Committee.

“‘What do you want from Ukraine?’ he asks me. … ‘I keep hearing all these different ideas and theories.’ This is Ambassador Sondland speaking to me,” the president explained as he read from notes he was holding.

Schiff Gets 3 'Pinocchios' from Washington Post Over Whistleblower Claim 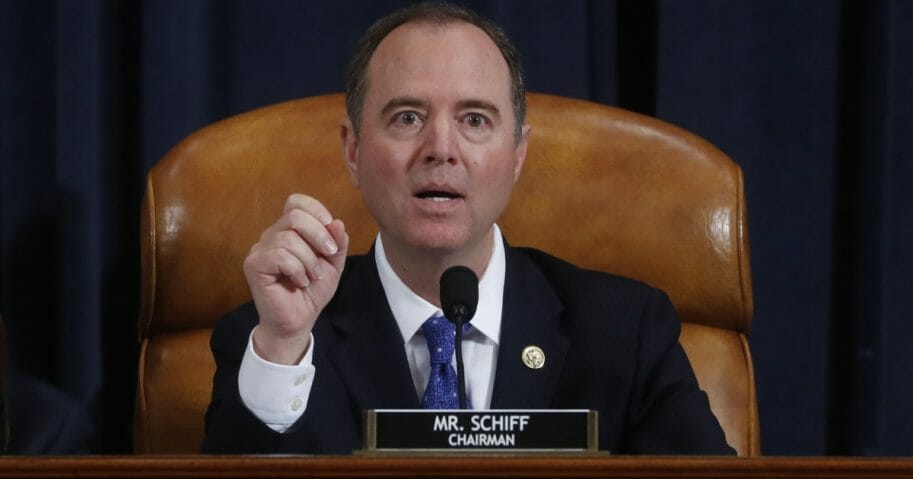 That three-Pinocchio rating denotes “significant factual error and/or obvious contradictions.”
Schiff has made the claim on multiple occasions, during both closed-door depositions and a public hearing, The Post reported.

It’s not true. No federal statutes give whistleblowers the right to anonymity.

The folks who were paid to tear down the Confederate Memorial in Pittsboro under cover of darkness last night was Guy M Turner Inc. These folks accepted blood money to desecrate this veterans memorial and the one in Winston-Salem. They are making a profit off of our Confederate dead . Let them know how you feel about their despicable deeds.

https://guymturner.com/contact/. Use the “request a quote” form to leave them a message. 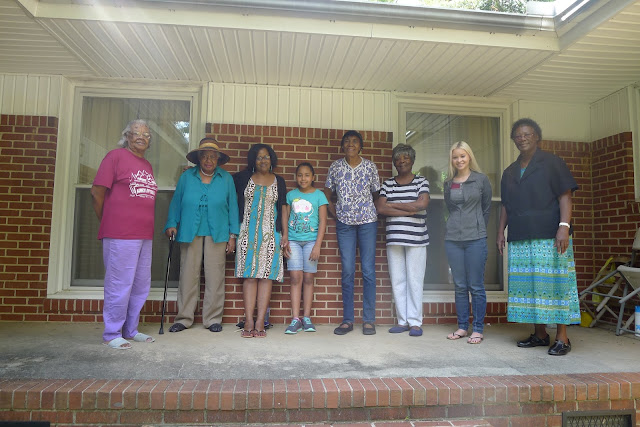 (2015) Our Pittsboro Leach cousins whom we haven't seen since 2003. The fourth from the right is Cousin Dixie mentioned below.

"I with Needham, as my only companion turned south to my home, Pittsboro, NC, passed through Chapel Hill and the Federal brigade of Gen. Atkins stationed there.

Article starts with picture above
Posted by Brock Townsend at Wednesday, November 20, 2019 4 comments:


Ukrainian members of parliament have demanded the presidents of Ukraine and the United States, Volodymyr Zelensky and Donald Trump, investigate suspicions of the legalization of $7.4 billion by the "family" of ex-President Viktor Yanukovych through the American investment fund Franklin Templeton Investments, which they said has ties to the U.S. Democratic Party.

HA! Today, 47% of independents oppose impeachment inquiry, compared to 37% who said the same one week ago. 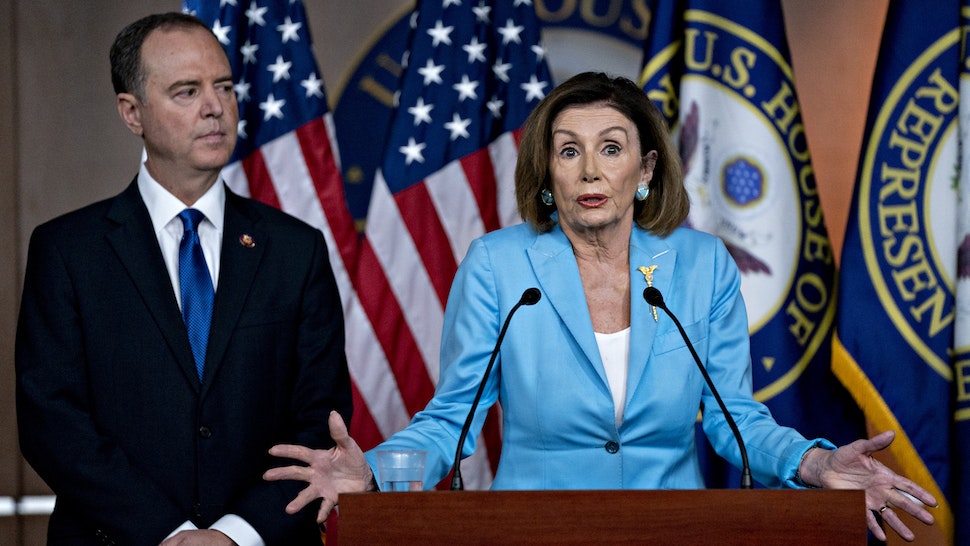 A new poll from Politico and Morning Consult shows that support for the House Democrats’ impeachment inquiry is slowly ticking down as the televised House Intelligence Committee hearings wear on, and independents — a group of voters key to Democrats’ hope of retaking the White House in 2020 — are tuning out in double digits.

Posted by Brock Townsend at Wednesday, November 20, 2019 No comments: