Mark Levin: "The Democrat party and the media are destroying this country."

Born at sea while his family sailed from Ireland to America, John Newland Mafffitt was destined for a life on the water. Having just relinquished command of the USS Crusader at New York on March 1, 1861, after several years capturing New England-captained and financed slavers off Cuba, the country he had left had become something different.

Soon to become one of the most famed of blockade runners and privateers, he had, by his account, in the first three of his four captures of slavers, rescued 789 Africans from their cramped holds.

Posted by Brock Townsend at Sunday, December 13, 2020 No comments:

Posted by Brock Townsend at Sunday, December 13, 2020 No comments:

Gen. Flynn on Tracy Beanz: “I could not say it any stronger. Take a deep breath. More to come.” I’ve never heard of her before, but she is a real spitfire!

And she was bringing so much common sense and truth that General Flynn himself reposted her video and told all his followers to listen to her. 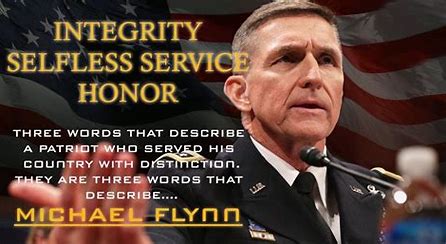 From the press release, the group calls on President Trump to “exercise the Extraordinary Powers of his office and declare limited Martial Law to temporarily suspend the Constitution and civilian control of these federal elections to have the military implement a national re-vote that reflects the true will of the people. Federal candidates only. Paper ballots. No computers. Hand-counted with both parties watching every vote. Only registered voters. Photo ID to prove residence. Conducted safely with everyone wearing masks and six feet apart, just like we did in Ohio.”

On Tuesday, General Mike Flynn retweeted a petition, directed to President Donald J. Trump, for a national federal revote of the 2020 Presidential election, that had been addressed earlier in the day by Attorney Lin Wood, and which started discussions among different groups over the Presidential authority used 68 other times in US History, to declare military law or “martial law.”

“I knew that the left would start using fearful images of tanks in the street with the use of the words Martial Law,” the author told me saying that he felt it would show their mindset on the topic.  “I am not talking about making the United States a military zone, or about President Trump installing himself, I am talking about a re-vote under the control of the US military, and that is actually their job,” Tom Zawistowski, President We the People Convention, told me.

Flynn’s retweet of the petition, according to Zawistowski, can be seen as an encouragement, “I spoke with General Flynn since he has been pardoned to check some facts with him about what the military can do,” Zawistowski said.

President Donald Trump tweeted Saturday that he intends to “declassify everything,” over his own apparent concern that the Department of Justice and Attorney General William Barr withheld information about an ongoing DOJ investigation into Hunter Biden, the son of Democratic presidential candidate Joe Biden.

Hunter Biden acknowledged this week that he is under investigation over questions about his tax returns and possible unreported income from Ukrainian oil and gas firm, Burisma. As The Daily Wire noted late last week, further information seems to have emerged creating questions about Hunter Biden’s foreign dealings, including a possible entanglement in China. In Johnson’s study of the TEVUS database there were a couple notable findings:

But apparently to no one’s surprise is that the TEVUS system is highly political: 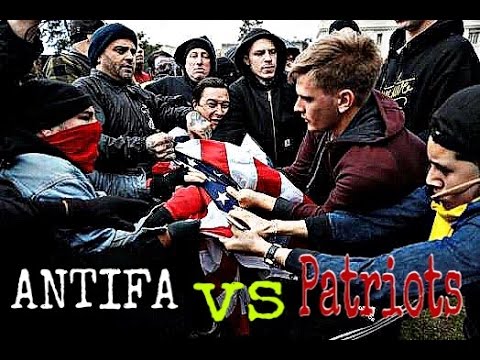 There is a lot to be said for court cases and Constitutional law. It's an interesting show, since television has been largely irrelevant for years, many of us refusing to watch it. I don't know how one can. What little I have seen of television lately, it's not so much the shows themselves, but the commercials that I can't tolerate for their promotion of BLM, a Marxist organization. A few rounds of such commercials and whatever I had been watching just isn't worth the tradeoff. For entertainment, there are always books, movies (no commercials) cleaning tools, etc.

Get it? He’s going to start the moves necessary to disarm the populace. You won’t be able to bury them fast enough, you can’t sell them, you can’t hide them. Best thing to do will be to hold on to them and refuse to comply.  That means standing in the gap and doing what nobody wants but what must be done to keep the Republic.

But wait, you say!  Trump is going to be legally installed because of all the evidence of fraud.  Riddle me this, then:  Why has every single legal maneuver Trump’s team, and a lot of states, initiated, been kicked to the curb, the latest being Texas’ SCOTUS suit, with a 7 to 2 majority?  It is VERY possible Biden may, in fact, be sworn in, and the world as we know it, will be gone.  It will be put up or shut up time.

Remember THIS POS?  Beto the Dork?  Guess who Biden’s ‘gun czar’ is going to be?  Tell ya what, campers:  We’re just shy of ‘nut cuttin’ time, that’s what. 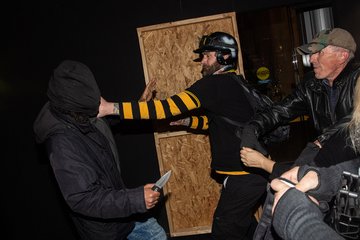 The knife looks longer than 3 inches to me

Over 10,000 Trump supporters made their way to D.C. to support President Trump in the Stop the Steally rally and the Jericho March and the day was mostly peaceful.