Progressive California lawmakers have decided to create their own Green New Deal in order to combat both climate change and statewide problems like poverty. The best way to accomplish this, especially given the likelihood of Donald Trump’s re-election, would be to leave the Union behind and become our own independent Country. This is obviously a radical proposal with many obstacles to overcome but the benefits would be enormous, extending beyond the scope of the Green new deal.

The first issue that needs to be addressed is whether or not secession is legal.

This may be shocking to some but yes, it is legal for a state to leave the Union. There are two ways California could secede: unilaterally or with the consent of the other States. Since secession is never mentioned in the constitution it falls under the tenth amendment which makes clear that any rights not explicitly given to the federal government, via the constitution, are retained by the states. That means California can leave the Union whenever she wants. That’s the radical unilateral option.


Sounds like the “woke” need to “wake up” some themselves.

That was the message from CNN analyst Van Jones after President Donald Trump’s stirring State of the Union address on Tuesday that put an emphasis on appealing to black voters.

Democrats captivated by the party’s far-left drift and liberals inside the Washington bubble might not realize it, Jones said, but Trump’s message is resonating with voting blocs Democrats have long taken for granted.

Posted on GUNBOARDS: The Siege of Jadotville


THE SIEGE OF JADOTVILLE tells the true story of the 1961 siege of a 150-member Irish U.N. battalion under Commander Patrick Quinlan by 3,000 Congolese troops, led by French and Belgian mercenaries working for mining companies. Jamie Dornan plays the Irish commander Patrick Quinlan while Guillaume Canet plays a French commander Falques. Now Streaming on Netflix.
I came across an excellent movie on Netflicks last night, Jadotville.

Based on the siege of Jadotville in the Congo 1961, it was one of the best and most realistic war movies I have seen.

Even better, on reading various factual accounts including Wikipedia it stuck very rigidly to the facts. Of course, in remaining factual it obviously lacks the hyperbole and extravaganza of fictional movies portraying battle scenes.
Posted by Brock Townsend at Wednesday, February 05, 2020 No comments: 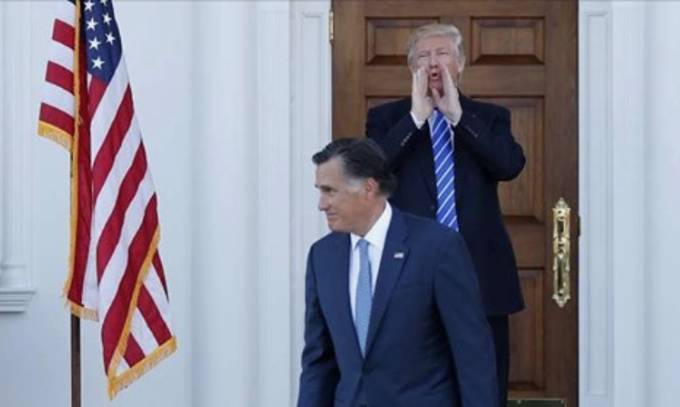 Sen. Mitt Romney (R-UT) is a traitor. He’s voting to convict Trump on one of the articles of impeachment. He’s siding with Democrats and exposing himself as someone who is against the Great American Comeback. To all those blue-collar workers who stayed home in 2012 because Obama was too liberal and Romney looked like the guy who fired them, he didn’t disappoint. He just spits in your face with this vote which is a direct missile fired at the blue-collar comeback that’s been engineered by this White House. Romney is doing this because of his conscience. Well, good for him. He’s principled, right? Except that he’s not. Donald Trump Jr. cited a damning Twitter thread by Gregory T. Angelo who noted the years of flip-flopping by Romney, exposing him as the guy who just wants to be invited to the cocktail parties.

Via Herschel via Matt

A group that spent millions of dollars in Virginia to help flip the legislature is planning to spend money in North Carolina aimed at the General Assembly and gun laws.

All 170 seats in the state House and Senate are up for election this year.

Everytown for Gun Safety PACs spent $2.5 million on campaigns in Virginia in 2019. The group is affiliated with Democratic presidential candidate Mike Bloomberg. Mayors Against Illegal Guns, which was co-founded by Bloomberg, is also part of Everytown, as is Moms Demand Action for Gun Sense in America and Students Demand Action.

The first ad, called “North Carolina: On Notice,” will run on Facebook and be targeted to suburban women and African African women voters. It notes that 1,300 people die by gun violence each year in the state.

Video trip shows media praise of socialism 'is a lie'

Hours-long waits for gas and food, crumbling buildings and oppressive government surveillance marked the experience of four Americans who captured their trip to communist Cuba on video.

The members of the student activist group Turning Point USA aim to show Americans what some 60 years of socialism has done for a once-thriving country, reported the Daily Caller.

"Everything you've ever seen about Cuba is a lie," TPUSA's Benny Johnson tells viewers in a video published Monday.

We the People are the Enemy. Yesterday Should Have Shown Everyone That.


I wasn’t sure I was going to tune in for the State of the Union Speech last night. I am very glad I did.

If you needed any further evidence that a Civil War is coming, go watch the Speech in its entirety.

These Democrats/Communist/Swamp Creatures flat out hate us. (As Trump has reminded us before)

Links
Posted by Brock Townsend at Wednesday, February 05, 2020 No comments: 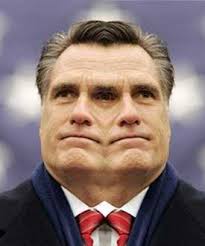 Has he no brain?

Republican U.S. Senator Mitt Romney said on Wednesday that he will vote to convict President Donald Trump on the impeachment article charging abuse of power, breaking with his party to support removing Trump from office, the New York Times reported.

“I believe that attempting to corrupt an election to maintain power is about as egregious an assault on the Constitution as can be made,” Romney told the New York Times. “And for that reason, it is a high crime and misdemeanor, and I have no choice under the oath that I took but to express that conclusion.”

Heritage's MyCollection software is a private record of collectibles that you own, buy, or sell, and it's great for insurance or estate planning.
It's Free and...
If you have any questions, feedback, suggestions, or need any help, please don't hesitate to contact us at Webmaster@HA.com.

Click here for a Free Auction Evaluation in any category.

P.S. I also encourage you to take our online survey, with great prizes to win.
Posted by Brock Townsend at Wednesday, February 05, 2020 No comments:

Posted by Brock Townsend at Wednesday, February 05, 2020 No comments: