A Slippery Senator from Massachusetts 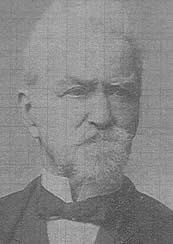 The colony of Massachusetts was the first to codify slavery in its law in 1641, three years after the first ship brought Africans from the West Indies. The defiant Pequot Indians enslaved by the Puritan settlers were often traded for Africans who made better workers. Massachusetts became preeminent in the transatlantic slave trade, shipping rum and Yankee notions to be used to buy slaves from African tribes. Senator Sumner seemed unaware of his State’s history.
Bernhard Thuersam, www.Circa1865.com   The Great American Political Divide

A Slippery Senator from Massachusetts

“Extracts from the debate between Senators Charles Sumner and Andrew P. Butler in June, 1854, beginning on page 1.013 of the Appendix to the Congressional Globe, First Session, Thirty-third Congress:

Mr. Sumner: “Sir, slavery never flourished in Massachusetts; nor did it ever prevail there at any time, even in the early Colonial days, to such a degree as to be a distinctive feature of her powerful civilization. And let me add that when this Senator [Butler] presumes to say that American Independence was won by the arms and treasure of slave-holding communities, he speaks either in irony or ignorance.”

Mr. Butler: “When the Declaration of Independence was made, was not Connecticut a slave-holding State?”

Mr. Butler: “Sir, you are not the judge of that. Was not New York a slave-holding State?”

Mr. Seward: “It is due the honorable gentleman from South Carolina that I should answer his question in reference to New York, since it has been referred it to me. At the time of the Revolution, every sixteenth man in the State of New York was a slave.”

Mr. Seward: “I am requested to make my answer a little more accurate, according to the truth. I understand, that at the time of the Revolution, every twelfth man in New York was a slave.”

Mr. Butler: “They can afford no refuge for historical falsehood such as the gentleman [Sumner] has committed in the fallacy of his sectional vision. I have shown that twelve of the original States were slave-holding communities.

Now sir, I prove that the thirteenth, Massachusetts, was a slave-holding State before, and at the commencement of, the Revolution. As to the character of slavery in that State, that may be somewhat a different thing, which can not contradict the fact stated in the newspapers of the day, that Negroes were held, were advertised for sale, with another truth, that many were sent to other slave-holding States in the way of traffic.

When slavery was abolished [in Massachusetts], many that had been slaves and might have been freemen were sold into bondage.”

Mr. Sumner: “By slave-holding States, of course, I mean States which were peculiarly, distinctively, essentially slave-holding, and not States which the holding of slaves seems to have been rather the accident of the hour, and in which all the people, or the greater part of the people, were ready to welcome emancipation.”

Mr. Butler: “Mr. President, I think the remarks of the Senator verify exactly what I said, that when he chooses to be rhetorical, it is upon an assumption of facts, upon his own construction, and by an accumulation of adjectives.” 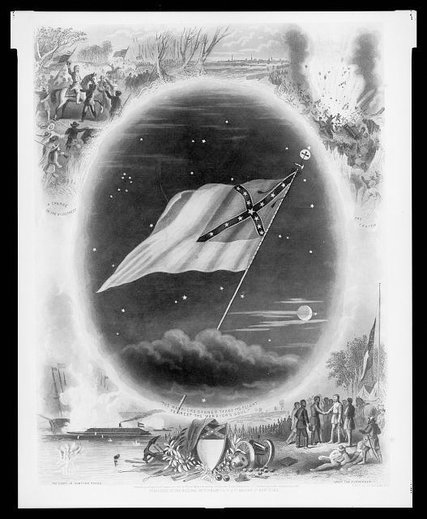 Students at a high school in Plum, Penn., are protesting a ban on apparel featuring the Confederate flag. The prohibition was recently put in place after a 16-year-old African-American student complained that a fellow student was wearing a hoodie bearing the battle insignia.

The student was initially reprimanded for wearing the clothing — but was then allowed to put it on later in the day.

"Inside the totalitarian and twisted world of the Washington Post and NPR."

For all my editorializing against Jonah Goldberg’s bestseller Liberal Fascism, the attempt at identifying fascism with big-government Democrats looks better to me now than it once did. To his credit, Jonah quotes real fascists and real Nazis. And he makes some sort of argument in defining the nature of fascism, in a work of several hundred pages.

Now we get journalists who just throw the “f” word at the president-elect, entirely at random.  One particularly egregious example of this is Michael Kinsley’s latest column in the Washington Post, which begins and concludes by telling us that “Donald Trump is actually a fascist.”  Kinsley claims to be defining the “f” word in “a clinical sense” and insists that “it’s ridiculous to compare any living person to Hitler or Mussolini.” Fascism for Kinsley must be understood as a “philosophy” or set of “principles,” and it can be summed up as believing that “a toxic combination of strong government and strong corporations should run the world.” Apparently Trump embodies these “bad principles,” and Kinsley dreads the thought that these principles may come to dominate the US for the next eight years.

Rep. Peter King: Almost Like CIA Is Carrying Out A "Disinformation Campaign" Against Donald Trump


Rep. Peter King speaks with Fox News Channel's Megyn Kelly about the news that the CIA has refused to brief Congress about the evidence of Russian hacking in the 2016 election. He made it clear that he had not heard any evidence to that effect, except for what he heard in the media. Sen. Harry Reid said the same thing earlier this week.

"It’s almost as if people in the intelligence community are carrying out a disinformation campaign against the President-elect of the United States," King said. "It’s absolutely disgraceful."

"Somebody had the time to leak it to the Washington Post, but they don't have the time to come to Congress. It is the House Committee on Intelligence that absolutely has the jurisdiction over the CIA and the intelligence community," he said. "It is their job to come. They don't have any choice."
Posted by Brock Townsend at Friday, December 16, 2016 6 comments:

According to a new interview , WikiLeaks suggested that the emails were leaked by top Democrat who is now murdered, and not Russian hackers as many mainstream media reported.

In the interview, Craig Murray- former British ambassador and a WikiLeaks envoy, told Daily Mail that he personally flew to Washington and was handed both the DNC emails and the Podesta emails.
VIA Your News Wire

Murray told the Daily Mail the emails came from DNC insider with legal access to the emails who had knowledge of the corruption within the Clinton Foundation leaked the emails because he was frustrated with the DNC rigging the Democratic primaries against Bernie Sanders.

Murray stated regardless of whether Russia hacked any emails or not the Wikileaks emails did not come from Russia.

‘Neither of the leaks came from the Russians,’ Murray said. ‘The source had legal access to the information. The documents came from inside leaks, not hacks.’

Professor Calls 911 on Cop for Wearing Gun, Uniform in Class


You know, as a white male conservative, I have put up with a lot of prejudicial and biased comments directed towards me while attending Loyola University New Orleans. I usually think the comments are funny because the ideals of a 18 year old ultra socialist frankly are funny to me.


Josh Collins is a Sergeant for the Jefferson Parish Sheriff’s Office. He is also a student a Loyola University in New Orleans.

Recently, Collins attended class while in uniform and armed with his duty pistol. Apparently, he was busy at work — you know, serving and protecting the community — so he didn’t have time to go home and change.

While in class that day Collins put one of his peers on edge. Because, well, because he was armed with a gun!  You know, one of those evil, scary firearms!

Keith Olbermann Calls Trump “Russian Whore” – Threatens: ‘We Will Get You’

Olbermann looks and sounds like he is having a mental breakdown. Someone needs to stage an intervention. https://t.co/wGF5QocnNu
— Paul Joseph Watson (@PrisonPlanet) December 15, 2016

You treacherous Russian whore @realDonaldTrump the White House and all of us have been after you for this for months. And we will get you. pic.twitter.com/h47IbSVdei
— Keith Olbermann (@KeithOlbermann) December 15, 2016


Olbermann’s threat to “get” Trump was a reply to a tweet by Trump earlier Thursday questioning why the Obama administration did not do anything about the alleged Russian hacking.


If Russia, or some other entity, was hacking, why did the White House wait so long to act? Why did they only complain after Hillary lost?
— Donald J. Trump (@realDonaldTrump) December 15, 2016

All Signs Point to ‘Leaking:’ No Evidence Of ‘Technical Interference’ From The Russians: OUR SOURCE IS NOT RUSSIAN GOVERNMENT”

Veteran Intelligence Professionals for Sanity on U.S. Election: All Signs Point to ‘Leaking,’ Not Traceable ‘Hacking’

Lynch Slips — Says No Evidence Of ‘Technical Interference’ From The Russians

Julian Assange speaks to Hannity: “OUR SOURCE IS NOT RUSSIAN GOVERNMENT”

Posted by Brock Townsend at Friday, December 16, 2016 No comments:

The US is Officially a Banana Republic: the CIA is trying to topple the Government 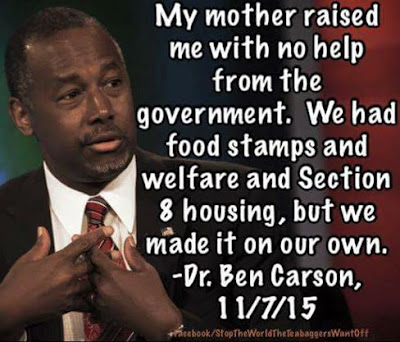 I commented: "Have no idea where you came up with 50. 20 is the most their lawyer states."

The number of potentially faithless Republican electors is now up to 50, more than enough to deny Trump the votes he needs for an EC win and/or give Hillary Clinton the votes she needs to win. 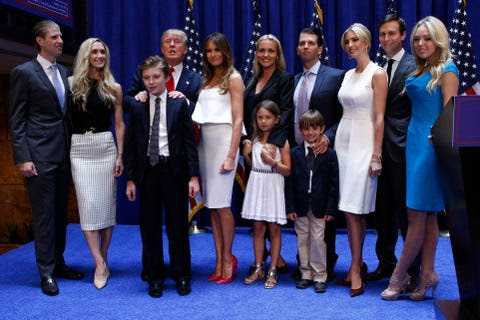 The past few weeks have been full of calls from the Clinton campaign, politicians and other public figures, and many, mostly Democrat, electors themselves demanding that the Electoral College consider activating for the first time in its history its heretofore untested power to reject the vote of the American people.

This is foolish. While such a plot is not likely to succeed, the mere strength of the calls for such a rebellion causes significant and fundamental damage to our country. On Dec. 19, electors of both parties ought to vote as the citizens of their state expected and voted for them to do.

The Founding Fathers indeed intended the Electoral College to be deliberative. Their vision was that it would be an institution of wise statesmen and citizen-leaders who would choose leaders for this nation based on the will of the state governments as well as their own individual wisdom.