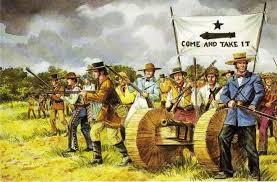 Consider for a moment that you live in an America where the people rioting and blocking the roads so you can not proceed on your way to work are paid to do so by the same person or people who pay for your mayor's campaign. That the truth of this is so plain that there is no need to disguise their support for those threatening you, because as a citizen, you don't run anything; your vote means nothing to people who can quickly purchase 10, 000 -100,000 votes from the person who pays for their campaign ads.


Former House Speaker Newt Gingrich thinks that the Joe Biden-Kamala Harris ticket will quickly “move into the 1972 George McGovern range of isolation from the American people.”

In an Op-Ed for Fox News, Gingrich noted that this time, it’s the man at the top of the ticket who many Americans believe is showing potential unfitness — and his second-in-command is the unpalatable “radical.”

UPDATE: Woman who stole 7-yr-old boy’s MAGA hat and terrorized him is charged, cuffed and arrested One of the women allegedly seen in a video berating a boy and stealing his MAGA hat in Delaware was arrested by police in Wilmington.

Olivia Winslow was arrested by Wilmington Police on Friday after the 21-year-old was allegedly identified in a video that’s gone viral showing her and another woman involved in the incident with a 7-year-old boy on the last night of the virtual Democratic National Convention this week.

Black Lives Matter is run by Marxist organizers. They have not been silent about their agenda to dismantle the nuclear family, transform gender/sexual identity, and force radical change. So why are so many eagerly following along?
--Professor Carol M. Swain, PhD sits down with Will Witt to discuss.

They have not saved one black life, but have caused the death of many. Of course, their cause is not black lives, it`s the communist takeover of this country from top to bottom as stated by the three Marxist founders of B.L.M. Black lives play no part in this.


It`s not about statues, flags, cities or anything other than erasing all vestiges of the Western Civilization our European ancestors thought of, designed & built. In short, it`s about getting rid of YOU & yours as you are the heirs of everything our ancestors built.

They know those of us are left have the intellect and are fully capable of rebuilding Western Civilization. The mislead fools in the streets think they are building a New Africa or some nation they will be incharge of........they won`t be.

They are in for a rude awakening if this goal is achieved and they wake up to the reality that it is their Marxist handlers incharge and not them. They have fallen for the catch phrases, 'equality' and " 'diversity' the communists have used to attract them to the Marxist cause.

Their ignorant, foolish 'foot soldiers' will have brutal force used against them to keep this new communist 'Brotherhood' in power along with the rest of us.

Joe Biden: I Am ‘Prepared’ To ‘Shut’ The United States ‘Down’ To Stop The Coronavirus

The U.S. economy is also showing signs of recovery as it “added 1.8 million jobs during the month of July, sending the unemployment rate down for the third straight month — a drop that fell in line with economist predictions and pointed to the recovery that began before infections started ticking up,” The Washington Post reported. “The unemployment rate fell to 10.2 percent.”


Democrat presidential nominee Joe Biden said during an interview on Friday that he is prepared to shut down the whole country to stop the coronavirus pandemic.

Biden made the remarks during an interview with ABC News host David Muir, who asked Biden, “If you’re sworn in come January and we have coronavirus and the flu combining—which many scientists have said is a real possibility—would you be prepared to shut this country down again?”

Rowboat Comes For You... (Dated)

No one is saying Trump is perfect. No one is saying Trump is a perfect conservative. But he is a patriot. He is a warrior. He is a capitalist. He is the right man, at the right time. Yes, he's rude and crude and offensive. But that may make him the perfect warrior to save America, American exceptionalism, capitalism and Judeo-Christian values. The choice should be easy for Christians. It's Trump...or it's the end of the American dream.


This may be the best and most honest political promotion statement you will ever read. It decidedly does not brush objections aside.

READ THIS. Read every single word. It'll take you about three minutes. Be sure to read to the end (take a few minutes and read all of it!)

Are you sickened and despondent with the current campaign and upcoming presidential election?
I consider myself a conservative and do truly believe our country is at a political/economic/moral/social crossroads. I need to let you know I could/would never vote for Hillary Clinton to lead this country.