Former UFC fighter and Army Ranger Tim Kennedy is joining the Nike boycott over the company's announcement that Colin Kaepernick is the new face of their "Just Do It" campaign.

A Nike advertisement featuring Kaepernick recently hit social media and instantly began trending nationwide for its controversial messaging. In it, two sentences lay superimposed on a black and white headshot of Kaepernick: “Believe in something. Even if it means sacrificing everything.”


More @ Fox
Posted by Brock Townsend at Thursday, September 06, 2018 No comments: Links to this post 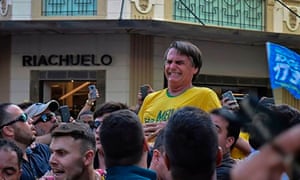 Jair Bolsonaro gestures after being stabbed in the stomach during a campaign rally in Juiz de Fora, Minas Gerais.

Jair Bolsonaro, the far-right candidate who is leading the polls in Brazil’s presidential race, is in a serious condition but out of danger after being stabbed while campaigning just a month before the election.

Bolsonaro was rushed to the Santa Casa de Misericórdia hospital in the town of Juiz de Fora, about 125 miles (200km) north of Rio de Janeiro after being stabbed by a man who rushed up to him while he was being carried on the shoulders of a supporter through the crowd.


More @ The Guardian
Posted by Brock Townsend at Thursday, September 06, 2018 No comments: Links to this post

“Could Such Men be Defeated?”

Lieutenant-Colonel Garnet J. Wolseley was sent to Canada to reinforce the existing military force after the US Navy seizure of the British mail packet Trent in November, 1861. War was expected to commence and Wolseley, who distinguished himself later in his career in the Second Ashanti War and in an effort to rescue General Charles Gordon, led 10,000 seasoned British troops in Canada. Wolseley was well-aware of the immigrant source of Lincoln’s army.
Bernhard Thuersam, www.Circa1865.org   The Great American Political Divide

“Could Such Men be Defeated?”

Wolseley was aware of the source of many of Lincoln’s soldiers, combed from Ireland and Germany to fight against Americans. As he called for British intervention, he also knew that his country was responsible for populating the US with Africans, over whom the war was allegedly fought by the North.

“The first British officer to visit the Confederacy had at one time expected to be fighting against the North. Lieutenant-Colonel Garnet J. Wolseley, a veteran of several of Queen Victoria’s wars, was part of a British force ordered to Canada in 1861 as a show of strength after the US Navy stopped the British mail packet Trent and seized two Confederate agents who were on board.

The threat of war receded . . . [and taking] two months leave, he travelled . . . to New York City in September 1862 . . . and crossed the Potomac [as] General Robert E. Lee’s army was withdrawing from Maryland at the conclusion of the [Sharpsburg] campaign.

Even as he entered Virginia, Wolseley was favorably disposed toward the Confederacy, ostensibly out of concern for civil liberties in the wartime North. He described residents of Maryland as “stricken . . . with terror” by arrests ordered from Washington [and declined] to describe his route through Maryland, lest he endanger those with whom he had stayed.

Travelling by train from Fredericksburg to Richmond, [the] wounded from Lee’s Maryland invasion . . . impressed even Wolseley, the professional soldier:

“Men with legs and arms amputated, and whose pale, haggard faces assumed an expression of anguish even at the slightest jolting of the railway carriages, lay stretched across the seats – some accompanied . . . by wives or sisters, whose careworn features told a tale of sleepless nights passed in painful uncertainty regarding the fate of those they loved.”

In early October, Wolseley set out for Lee’s headquarters . . . his driver was a convalescent soldier who was still in considerable discomfort. “He said his furlough was up, and he would rather die than overstay it . . . when spoken to about the war, every man in the South, were prepared to die, he said, but never to reunite with the d—d Yankees.”

The British officer was impressed [with Lee]: “He is slightly reserved; but he is a person that, whenever seen, whether in a castle or a hovel, alone or in a crowd, must at once attract attention as being a splendid specimen of an English gentleman.”

Everywhere he was impressed with the tough, dedicate Confederate soldiers. Could such men be defeated, he would ask, “by mobs of Irish and German mercenaries, hired at $15 a month to fight in a cause they know little and care less about?”

[Returning] to Britain, he wrote an article for Blackwood’s Magazine [in which] he urged the British Parliament to intervene on behalf of the South, saying that the time had come “for putting an end to the most inhuman struggle that ever disgraced a great nation.” 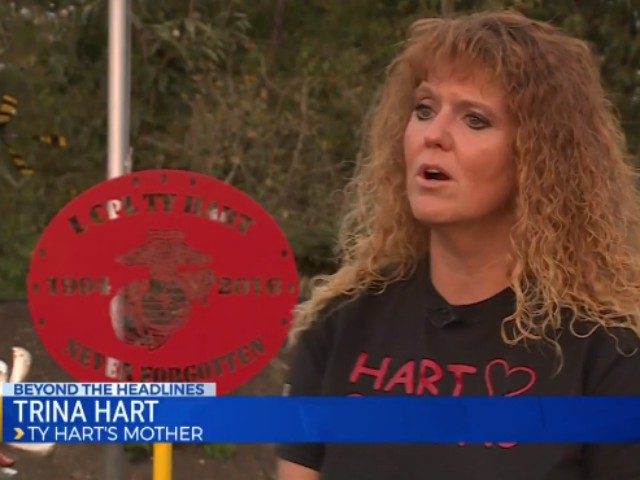 A Gold Star mother is the latest to speak out against Nike’s latest “Just Do It” ad campaign featuring former NFL player Colin Kaepernick for making light of the word “sacrifice.”

Trina Hart, who lost her 21-year-old Marine son Ty Hart when his helicopter went down off the coast of the Hawaiian island of Oahu during a mission in 2016, is blasting Nike for using Kaepernick as its spokesperson for an ad about “sacrifice,” KOIN reported.


More @ Breitbart
Posted by Brock Townsend at Thursday, September 06, 2018 No comments: Links to this post The LGBT community continues to infiltrate society, and it’s worse than anyone ever imagined.

And the latest “transgender” craze is so bizarre, it will leave your head spinning.

And as it turns out, it’s working. 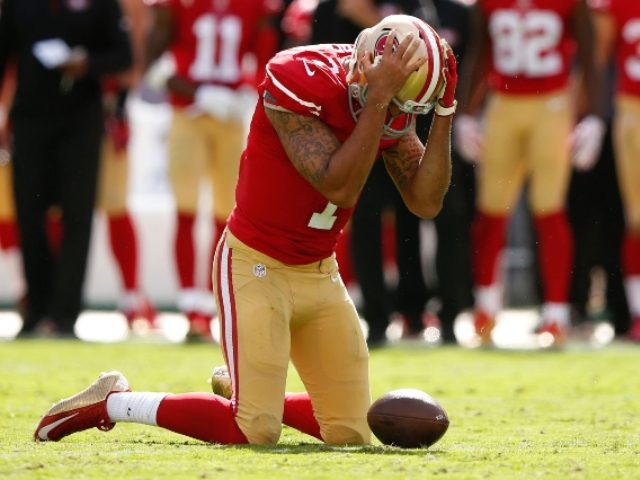 A poll from Morning Consult shows devastating results for Nike’s brand favorability, in the days after making Colin Kaepernick the face of their new ad campaign.

These numbers are nothing short of devastating for Nike, and with no other news worthy of note, there’s no explanation for the sudden decline other than the company’s commitment to Kaepernick. 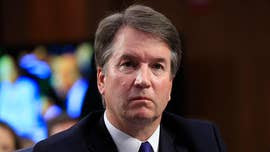 In 1954, Sen. Joseph McCarthy, R-Wis., was embroiled in a dispute with the Army. During a televised Senate hearing McCarthy falsely accused an Army lawyer involved in the case of having ties to a communist organization.

In a pivotal rejoinder, lawyer Joseph Welch, representing the Army, told McCarthy: "Until this moment, senator, I think I never really gauged your cruelty or your recklessness. … Let us not assassinate this lad further, senator. You have done enough. Have you no sense of decency?"

Welch died in 1960, but if he were around today he could level the same question at Senate Democrats who have spent two days relentlessly attacking Judge Brett Kavanaugh at his confirmation hearing for the positon of associate justice on the Supreme Court. 
Yesterday, Linda Sarsour who had once called for a “jihad” in the USA,  who also represents the Women’s March stormed into the confirmation hearing of Judge Brett Kavanaugh. Herself, along with seventy others as confirmed earlier this morning by Sen. Chuck Grassley were arrested.

This is the same Linda Sarsour who is instructing voters to #JustDoIt and vote Democrat regardless if they like the candidates or not.

“We use the lie-detector test routinely for CIA agents and FBI agents,” he argued. “If you have a security clearance in the White House, I think it would be acceptable to use a lie detector test and ask people whether or not they’re taking to the media against the policy of the White House.

Paul warned that if the op-ed’s author has a security clearance, he or she could also divulge national security secrets to the media.

Sen. Rand Paul (R-Ky.) said Thursday that President Trump should use lie-detector tests to find out which senior administration official authored an anonymous op-ed in The New York Times this week blasting the president.

The author, who is only identified as “a senior official” in the Trump administration, claimed there is resistance within the White House by otherwise loyal Republicans to what they see as Trump’s “amorality” and “anti-trade and anti-democratic” impulses.


More @ The Hill
Posted by Brock Townsend at Thursday, September 06, 2018 2 comments: Links to this post

"Believe in something, even if it means sacrificing everything," says the Nike ad, laid over a photo of Kaepernick's face.


More @ The Daily Wire
Posted by Brock Townsend at Thursday, September 06, 2018 6 comments: Links to this post

Another short post, just so you don’t forget me.


We’re all aware, assuming we’re conscious, of Nike’s embrace of Colin Kaepernick as their new face.  Despite their market capitalization dropping as a clear signal of this, write them – deluge them with snail-mail letters – so they understand why this is happening: Nike stock shares and market capitalization plummeted significantly on Tuesday after the athletic titan announced that a controversial former NFL player would be the face of its main advertising campaign.

“Nike just lost about $3.75 billion in market cap after announcing free agent NFL quarterback Colin Kaepernick as the new face of its ‘Just Do It’ ad campaign,” according to The Wrap. “It’s the 30th anniversary of the iconic TV and print spots.”

Liberals Never Sleep (and neither does Jeff Sessions) 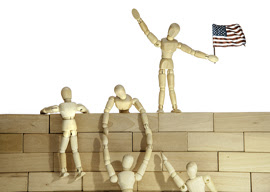 The left is very close to having a governing majority due entirely to immigration. Despite the promise of the Trump campaign, there isn’t much standing in their way. Now, they’re just running out the clock. Soon, we will have admitted so many immigrants that it will be too late to do anything.

Although liberals pretend to have no idea where conservatives got the idea that immigration was designed to change the country and bring in new voters, they weren’t always so modest.