In a statement posted on the U.S. Bureau of Land Management website (BLM), federal officials denied any expansion of holdings along the Red River after Breitbart Texas brought the matter to national attention. The nuanced denial has drawn critical reactions from a number of elected Texas officials.

BLM spokesman Paul McGuire said “The 140-acres in question were determined to be public land in 1986 when the U.S. District Court ruled on a case brought by two private landowners, each seeking to adjust boundary lines for their respective properties.  The BLM was not a party to any litigation between landowners. The 140-acres were at no time held in private ownership.”

General Robert F. Hoke and his division liberated the town of Plymouth, North Carolina from enemy occupation with a combined land and water operation in April 1864.  Assisted by the ironclad ram CSS Albemarle which sunk one enemy warship and severely damaged another, Hoke’s nearly all-North Carolinian division  forced the surrender of the enemy forts and garrisons.

The weekend event will feature a floating replica of the CSS Albemarle, artillery firing, a War Between the States-era Tea Party, and reenactor encampment. Also   on-site will be Generals Robert F. Hoke and Matt Ransom in their headquarters, and available for historical interpretation.

After the Plymouth action, Hoke very nearly liberated enemy-held New Bern which would have minimized the enemy threat in North Carolina, and limited their hold to only the Outer Banks.

Bundy Ranch and the new rules of engagement: Send this analysis to your favorite fed 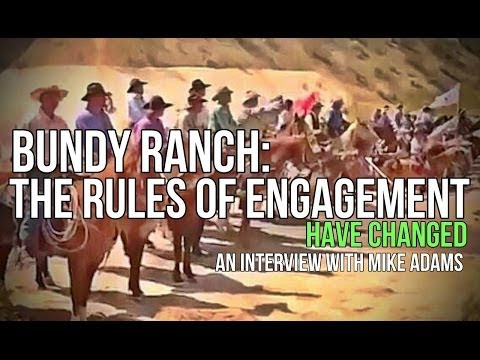 In the aftermath of round one of the Bundy Ranch armed siege by the U.S. government, I have decided to offer the federal government an intelligent analysis of the new rules of engagement. People like Daniel P. Love, Special Agent in Charge of BLM Region 3, desperately need to review and learn these rules. Other federal agents also need to understand the tectonic shift of power that has just taken place and how it will impact their operations from here forward.

Why am I doing this? Because the BLM, through its astounding incompetence and arrogance, very nearly initiated a massacre at Bundy Ranch which would have been disastrous for the BLM agents actively engaged there. The incident very nearly came to a shooting war, and it is the outdated, ill-informed government playbook that inflamed the situation and brought it to a flashpoint of violence. At every step, BLM escalated the situation beyond reason: who brings snipers to a tortoise dispute? Who unleashes attack dogs on unarmed pregnant women and cancer survivors? The BLM, that's who!

I know there remain many good agents in many different departments of the federal government. But there are also many incompetent agents who are still living in the 1990's and think they can run an armed ranch siege in 2014 the same way the ATF ran the Waco, Texas siege in 1993. But the rules have changed. As proof of that, consider the now-historical fact that BLM agents publicly surrendered and retreated from hundreds of armed citizens near Bunkerville, Nevada. How did this happen, exactly? To understand that, you must understand the new rules of engagement between the feds, the media and the citizens.

So if you have any friends who are feds in any department -- BLM, ATF, DEA, FBI, etc. -- make sure they get a copy of this article... and we all might spare ourselves some bloodshed in the near future.

At what point in the course of human events when it becomes necessary to dissolve the political bands and to assume among the powers of the earth, the separate and equal station to which the Laws of Nature and of Nature’s God entitle them, do we leave the notion of treason behind and embrace the liberty of revolution?

Last week a man, Cliven Bundy made a stand.  He would not let the federal government illegally seize his property in a bid to have his livelihood and thereby his land stripped from him.

In 1776 Thomas Jefferson wrote a little something that the preamble of this article artfully interspersed within itself, it was called the Declaration of Independence.  Now, most of us know WHAT this is…but do you know what is SAYS?  Not the catch phrases and buzzwords like “all men created equal” and “life liberty and the pursuit of happiness” but what the actual charges against the King were?

The following is taken DIRECTLY from the Declaration of Independence.  Prepare to be shocked at how applicable it is today: 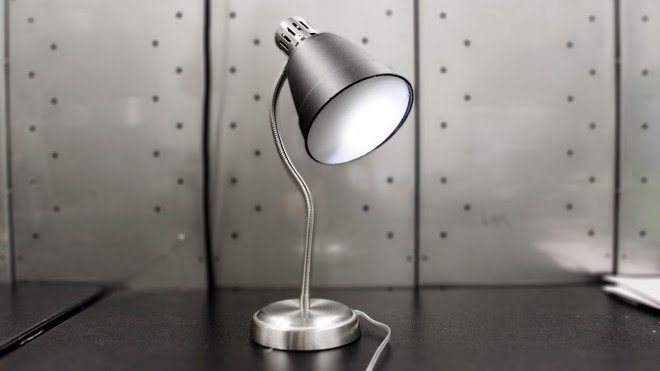 As former NSA director Michael Hayden learned on an Amtrak train last year, anyone with a smartphone instantly can become a livetweeting snoop. Now a whole crowd of amateur eavesdroppers could be as close as the nearest light fixture.

Two artists have revealed Conversnitch, a device they built for less than $100 that resembles a lightbulb or lamp and surreptitiously listens in on nearby conversations and posts snippets of transcribed audio to Twitter. Kyle McDonald and Brian House say they hope to raise questions about the nature of public and private spaces in an era when anything can be broadcast by ubiquitous, Internet-connected listening devices.

“What does it mean to deploy one of these in a library, a public square, someone’s bedroom? What kind of power relationship does it set up?” asks House, a 34-year-old adjunct professor at the Rhode Island School of Design. “And what does this stream of tweets mean if it’s not set up by an artist but by the U.S. government?”


More with video @ Wired
Posted by Brock Townsend at Wednesday, April 23, 2014 No comments:


The New York State Division of Homeland Security is encouraging businesses to snitch on preppers as terrorists, urging that the purchase of MRE’s, ammunition or flash lights be treated as a suspicious activity.


As the video above illustrates, the LZ Army Navy Surplus store in Auburn, NY received a visit from a state trooper who put up a flyer in the window which encourages customers to call the New York State Terrorism Tips Line, 1-866 SAFE NYS, to report suspicious activity under the mantra of the “See Something, Say Something” campaign.

NC: Deputy Says She Snatched Two Cellphones and Detained Former Marine After He Got ‘Aggressive’ — But the Video Tells a Different Story


A North Carolina deputy with the Onslow County Sheriff’s Office was caught on video confiscating two different cellphones and detaining a former U.S. Marine after she claims he got “aggressive.” Her claims are now being called into question after video of the incident surfaced online.

The deputy, identified as Natalie Barber by Photography Is Not a Crime, was responding to a dog-related dispute between Carlos Jaramillo and a neighbor on Saturday.

Barber is seen on video asking Jaramillo for identification for the police report, an order he complies with by giving her his government-issued Veterans Affairs card. When she demanded he give her his driver’s license instead, he refused and claimed he wasn’t operating a motor vehicle.

“This is a government-issued ID,” Jaramillo calmly says in the video. “So why isn’t this good enough for you?”

“I don’t want that, I’m not taking it,” the officer replies.

“Even though it’s a government issued ID,” the man is heard repeating.

James Yeager is calling from Cliven Bundy’s front yard, where he’s one of several (he won’t say how many) providing 24-hour security to the Bundy family. He and his friend packed up “a full medical kit and a camera” and drove 26 ½ hours from their home in Camden, Tennessee last week to document what he calls “a tremendous overreach of federal power.” He’s been posting daily videos to his YouTube site.

When asked if he also packed weapons, Yeager said, “of course. I’m always armed. This is not any different than any other day for me.”

How To Kill A Drone Before It Kills You

The UAVs have two alternative systems for communication.

And you should jam the Uplink frequencies with a jammer directed at the satellite.

More @ The War On America

When Carroll Shelby unveiled the GT350 to the press in early 1965, the reaction was almost universally rapturous. Here, finally, was the very car a performance Mustang should have been all along. The production GT350 was fast, loud and exhilarating to drive, a uniquely brawny American GT that was a match for almost any other muscle machine on the road. But the production GT350 was in reality a compromise, a streetable half-step toward the car Shelby actually planned to race – the GT350R, the “R” signifying its racing specification.

Because Shelby had already configured the production GT350 with the suspension, steering and brakes necessary to make it perfectly suitable for the toughest SCCA competition, he had a built-in advantage when it came to preparing the R-model’s K-code 289 powerplant for its mission. R-model engines were built to order, using blueprinting, heads ported and polished by Valley Head Service, Tri-Y headers by Cyclone, a center-pivot-float Holley 715 CFM carburetor on a Cobra intake and flow-through side-exit exhaust. 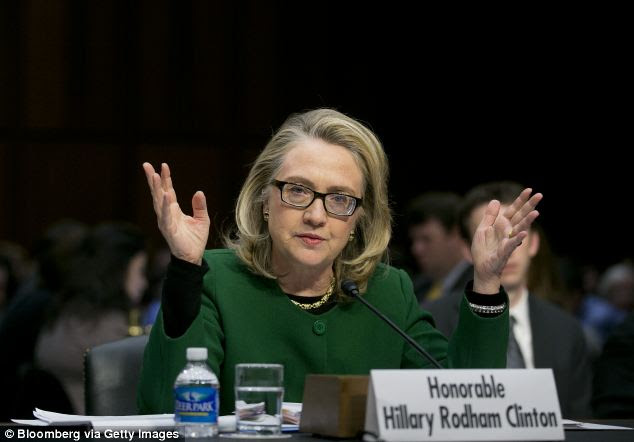 The Citizens Commission on Benghazi, a self-selected group of former top military officers, CIA insiders and think-tankers, declared Tuesday in Washington that a seven-month review of the deadly 2012 terrorist attack has determined that it could have been prevented – if the U.S. hadn't been helping to arm al-Qaeda militias throughout Libya a year earlier.

'The United States switched sides in the war on terror with what we did in Libya, knowingly facilitating the provision of weapons to known al-Qaeda militias and figures,' Clare Lopez, a member of the commission and a former CIA officer, told MailOnline.

She blamed the Obama administration for failing to stop half of a $1 billion United Arab Emirates arms shipment from reaching al-Qaeda-linked militants.

'The intelligence community was part of that, the Department of State was part of that, and certainly that means that the top leadership of the United States, our national security leadership, and potentially Congress – if they were briefed on this – also knew about this.'

The weapons were intended for Gaddafi but allowed by the U.S. to flow to his Islamist opposition.

Via White Girl Bleed a Lot 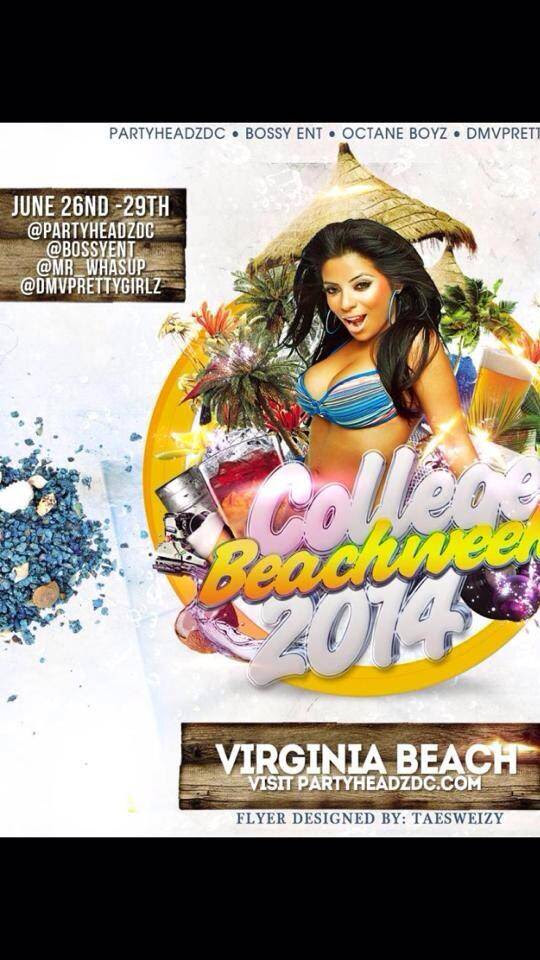 Posted by Brock Townsend at Wednesday, April 23, 2014 No comments: