Macron’s Defeat in Paris Sounds Alarm for Europe: The political vultures are circling around the French president and there’s much at stake for the world order. 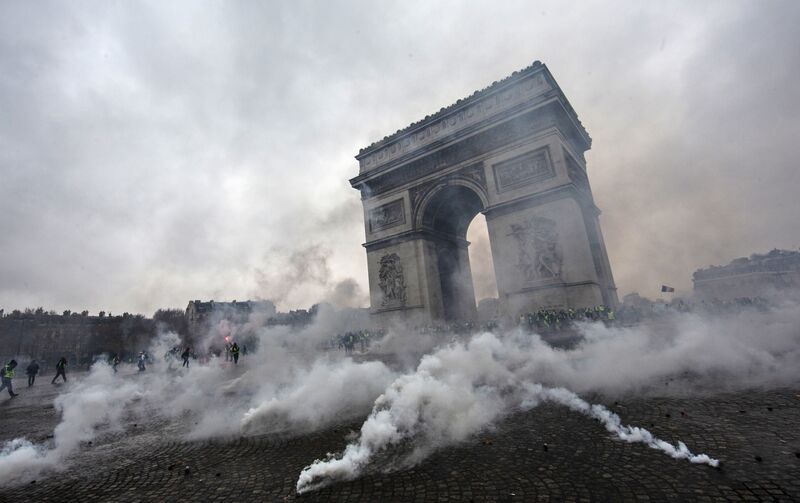 It was a humbling moment for opponents of the populist revolts that spawned Donald Trump.
The retreat by the 40-year-old French leader was mocked by Trump.
The trouble for opponents of Trump-style nativism and protectionism is that there’s no one else to take up his mantle, Dungan said.

He reached out to Trump to convince the American president to stick to international agreements.

Trump ignored him and withdrew from the Iran nuclear accord and the Paris climate agreement.

Trump tweeted that Macron’s climb down over a carbon tax that would raise fuel prices was proof that he’d been right all along.

"The Calhoun County School District is currently working with local law enforcement agencies involving the situation that occurred at Calhoun County High School on December 3, 2018. The student involved in this incident has been suspended and recommended for expulsion in accordance with board policy. The faculty member involved has been placed on Administrative Leave. The School District of Calhoun County takes the safety of both our students and faculty very seriously and will do everything in our power to ensure their safety. "

LINK
Posted by Brock Townsend at Sunday, December 09, 2018 No comments: 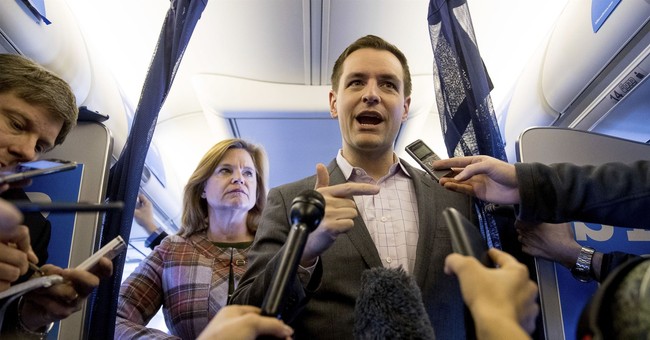 The Democratic National Committee has a few concerns heading into 2019. For starters, their cash flow is not even in the same stratosphere as the Republicans' haul. The RNC raised $227.2 million in 2018 to the DNC's nearly $120 million. Secondly, their voter data infrastructure appears to be crumbling. A new strategy pushed by DNC leadership would compile all the voter data from Democratic groups into a single, for-profit entity. It is a strategy that is "modeled" after their Republican counterpart, Politico explains. But, the shift is causing a major argument between the national committee and the Democratic state parties, who are wondering why they should agree to give up this control of the voter database. 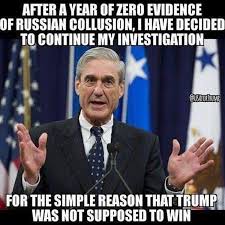 here we have had almost 2 full years of a republican led congress and president and what have they got done,squat nothing. no wall,still have obamacare,immigrants pouring in over the borders because of no wall, the fed has gone crazy and hillary and company still filthy rich with no worries about indictments. comey cannot remember anything and meuller is on a trump hunt with no end in sight other than trump has got to go no matter how long it takes.

i am in the belief than this system is so corrupt with lying thieving politicians and special interests that have too much influence thru dollars and perks that we the people are the only ones capable of overhauling a broken America and installing some kind of government for the people with some one who is not compromised by soros or the globalists. trump cannot get anything done in a timely matter because of obama's 9th circuit out of never never land in california which will be the straw that broke the treasuries back. we are broke and the UN wants countries to give up their sovereignty and change all illegal immigrants to refugee status giving them all access to our broke welfare system and broke SS/MEDICARE and breaking our financial system leading to a collapse. this will insure civil war and the billionaire club will come out of their luxury bunkers years from now and usher in the NWO richer than they have ever been cause they own everything of any value. wow ain't life a bitch.
-gumby

Lawmakers Call For A Second Special Counsel As Evi...

The truth is my friend, The GLOBAL Progressive Criminal Cabal is HIGHLY ORGANIZED AGAINST THIS NATION, the Constitution, the Schools, and our Culture. Literally every aspect of Americana. They are PROTECTED BY THEIR EVIL COMBINATIONS. This is not their first rodeo. The News Cycle moves on, and we forget what last week's big story was about. A month later and we can't remember the pertinent details. But we know and remember all the salacious details of some celebrities goings on, or the latest sports statistics.

We The People who work for a living and our daily bread are too damn busy trying to survive/prosper to be organized. Too tired to get involved, and we trust in the Govt. too damn much. We have been corralled into a giant fish trap of sorts. We are awakening to the realities as we see them unfold before our eyes. We outnumber them by a long shot. Unfortunately, too many of us can't, don't, or won't understand/explain/or counter these friggin people and their ruinous desires to control our daily lives, our every thought, and activities.

Who, how, where, and when will we ever be able to organize our troops. The Progressives have prepared for this battle and we have not. Seriously this will have to get real UGLY, REAL SOON if we are to escape their yoke. The Globalist are tightening their noose, constricting their grasp, and strengthening the weave of their traps everyday. We are just awakening.

The Lord helps those who help themselves. Those who wakeup too late may be beyond hope for many years, until the controlling forces get lazy, and over confident. This scenario isn't new. It has been the Motus Operandi for millennia. I hate to admit it, but it appears that WE the PEOPLE are the one's who have gotten lazy and over confident. We are the ones about to be destroyed, and cast into slavery as has been the case for ALL GREAT SOCIETIES. Rotting from within.

How do we get the word out for Americans to WAKE UP and see what is actually happening, understand Why it is happening, and What we need to do to avert this immanent disaster from happening. Americans need to BREAK AWAY FROM THE ENTERTAINMENT BOXES IN OUR LIVES. We are being lulled into Global Slavery. Sorry for the RANT. What more can one do with the time it took to write all this out? What better platform is available to us? Yet only a few good men and women will see, read, or hear our words. There are many who sound the alarm, but few who listen, and even fewer who will act upon the warning. Most will simply hit the snooze button, change the channel, or go to the next blog site.
-- Gleason Long 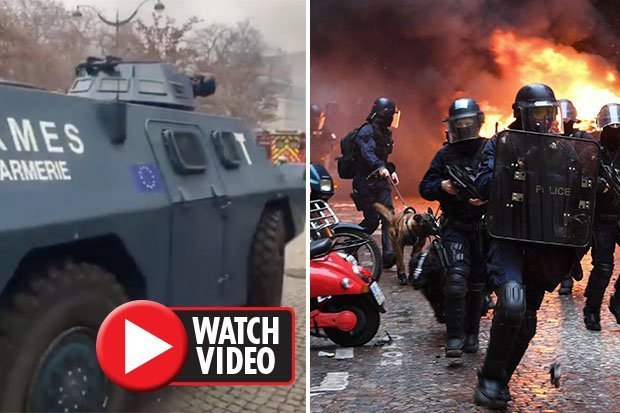 Riots have been raging across the city for the last few weeks as anger about the high cost of living and increased fuel taxes threaten to topple Emmanuel Macron’s Government.

But one particular video has caused a stir after it was posted on social media.

Could It Possibly Be True That The Mueller Investigation Was Never Really About Russian Collusion At All?


Jerry Nadler, the incoming chairman of the House Judiciary Committee, told reporters he plans to shut down the Republican led probes in January.  Although the progress has been slow, the House Committee investigations have already uncovered a great deal of information about the conspiracy to undermine President Trump. Nadler’s order, unfortunate as it is, certainly doesn’t mean the search for the truth is over. Far too much of the story has been revealed for us to turn back now.

The House investigations are but one front in this war. First, President Trump has the authority to declassify documents at any time. He is waiting for the opportune moment to release them. Do Democrats honestly believe a man like Trump would allow them to take him down when he has such a powerful weapon at his disposal? Second, he will soon have a permanent attorney general, hopefully William Barr, who unlike his predecessor will assume leadership of a currently out of control Justice Department. Third, the DOJ Inspector General is currently conducting an investigation. And fourth, the Senate will remain under Republican control.