Two friends put their own lives in danger to stop a suspected carjacker cold. Police say instead of letting the crook take off, those victims chased him down and opened fire right along the highway.

Right now, traffic is flowing smoothly, but there was a near standstill Monday afternoon. A carjacking suspect took a bullet right from one of the guys whose car he was trying to steal.

"They just gave him a stomping, which I think he deserved for stealing people's stuff," said witness Dorris Baloney.

It’s a story that is becoming all too familiar. In another sickening story of teen mobs out of control, the Kings Plaza Mall in Brooklyn, NY was at a standstill on Thursday evening. Hundreds of teens stormed the mall during after Christmas shopping on Thursday, forcing the mall to close. Is this likely another incident of black mob violence? Absolutely. There is no question that this is the case. With reports of more “knockout” victims during the chaos, in the upper floors of the mall, the story gets more twisted. When will the media report the truth about these incidents of mass rioting, looting, and out of control violence? If the perpetrators are black, the media will never report the truth.

What happened at Kings Plaza Mall should never happen anywhere in civilized society. However, America is becoming a nation where mass chaos and violence is the norm. Jesse Jackson will never speak of it, nor will Al Sharpton. It’s silence, and all the while, more people are getting hurt and killed. 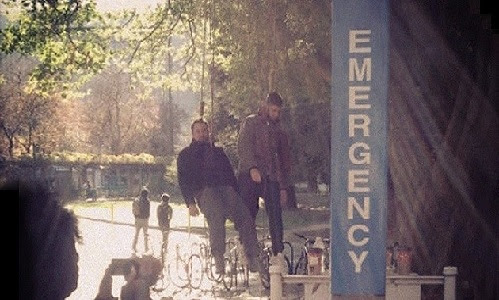 Do you think you’d heard about it from the national establishment media if a white art student had presented a project that featured two black men being lynched? Yeah, me too.

An African-American art student in California lynched two white guys as an art project, resulting in yet another case study in the accepted double standard in America when it comes to race.

Christina Edwards, a senior at Sacramento State University, hung the two white men from a tree with a thick rope to draw attention to a time when African Americans were lynched because of the color of their skin.

The men were reportedly actors and were in no real danger during the project, according to The College Fix.

“The purpose of this performance was to bring to light social injustices and the issue of inequality that impacts me and my community as a whole,” the student told the local Fox affiliate.

The runner-up in the Minneapolis mayoral election is recovering after being robbed and brutally beaten Thursday night at the Mall of America.

Mark Andrew, 63, was at a Starbucks inside the mall at around 7 p.m. Thursday when a man grabbed his phone off his table and ran off.

When Andrew went after him, he was tackled by two teenage girls – aged 18 and 17 — one of which began beating him with a billy club. During the attack, they told Andrew, “We’re going to kill you,” police say.

Andrew was left with a large gash on his head that required nine stitches. He has since been released from the hospital.

Expressing dismay at an increase in Equal Employment Opportunity complaints under the administration of recently confirmed permanent Bureau of Alcohol, Tobacco, Firearms and Explosives Director B. Todd Jones, a moderator at CleanUpATF blasted the agency Thursday by citing Department of Justice statistics, also released yesterday.

Ever wondered why Japan has no gun rights movement?

Consider that the ready access to explosives has been only restricted in the US for less than one lifetime. How many civil rights RKBA activists even try to get access to explosives and various tools containing them (grenades, mines, detcord, satchel charges, RPGs) less restricted? Now consider that non-government Japanese have been denied all arms for at least five hundred years, and you can see why few would bring up the topic in polite company.

And yet, this is a topic that has to be brought up.

NC: Some Felons Can Have Guns Under New North Carolina Law

A 2 Wants To Know exclusive is raising new questions about guns and public safety. It all started as we looked into the criminal history of a Christmas Eve shooting suspect from Winston-Salem. The North Carolina Department of Public Safety says Patrick Smith has three previous felonies - but never went to prison.

He got probation time and time again. That discovery had a lot of you sounding off on our Facebook page. Many of you asked how did a felon get his hands on the gun in that Christmas Eve shooting?

In North Carolina some felons can have firearms and it's perfectly legal. According to an online explication of the law from the UNC School of Government, the new policy started in 2010. Under the new rules, those convicted of a nonviolent felony and having no domestic violence misdemeanors - can apply with the courts to get a gun again. But there's a big catch - you have to be approved and you have to have a clean record for 20 years.

At its core, ObamaCare is three things: a massive expansion of Medicaid; a set of complex mandates to control both insurance providers and customers; and the largest tax increase in a generation, much of it levied against the middle class.  Because it is politically vital to hide tax increases from the Sainted Middle Class, much of this burden is hidden as pass-through taxation – you think your premiums are increasing, but it’s really an income redistribution scheme with the tax burden laid on insurance providers, who pass it along to you.  This has the enormous political benefit of diverting public anger over increased premiums against the insurance providers, rather than the government, which is something the former should have considered more carefully before hopping into bed with the latter, visions of mandatory commerce dancing in their heads.

The Anti-American is the New American 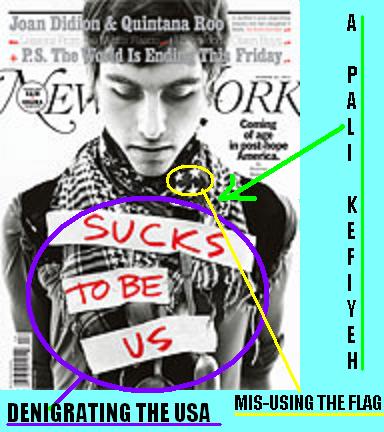 The Anti-American is the new American. Think of it. The only people who get press in this nation are those tearing it down, proposing things that are way beyond our system of government. From the president on down one must be Anti-American if they expect to be accepted in American popular culture.

I know that the intent is to change the system by way of making all things typically American become out-dated, or, in some cases, evil. Being white: bad; being of color; good. There was a time when Martin Luther King, Jr. sought only to be judged as whites were judged and I understood that and supported it then and continue to support it today. America is about individuals with the same opportunities as all other individuals. This is what I believed in as an American. I was proud of the melting pot: how we, as a nation, were able to embrace anyone with a great idea, or a good work ethic and let them earn the spoils without prejudice or slight of hand.

But something happened in the liberal mindset that sought the destruction of America by means of destroying Americans: individuals themselves.

John Dodson, the federal agent who blew the lid off the Justice Department’s “Fast and Furious” gun-walking scandal, claims the FBI had ties to the men who killed U.S. Border Patrol Agent Brian Terry in 2010 near Nogales, Ariz. In fact, Dodson says the Mexican bandits who gunned down Terry were working for FBI operatives and had been sent to the border to do a “drug rip-off” using intelligence gathered by the DEA.

“There is no part of Kwanzaa that is not fraudulent.”

Over the next few weeks, the media will be profiling families celebrating Kwanzaa — advent wreath lighters are too religious for media profiles.