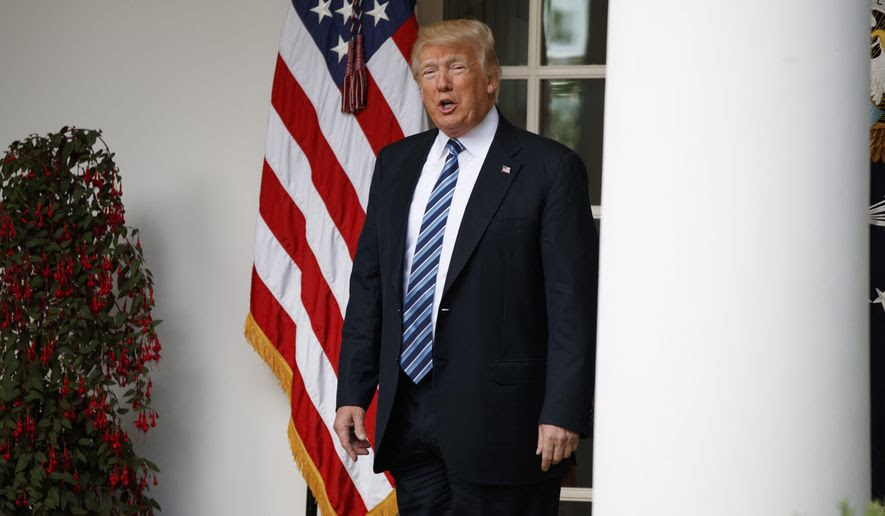 A political action committee that enthusiastically endorsed then-candidate Donald Trump in the election revoked its backing Tuesday, saying he has “caved” on most of the big promises he made on immigration.

Americans for Legal Immigration PAC said Mr. Trump has yet to cancel President Obama’s 2012 deportation amnesty for Dreamers, has set the level of refugees too high, and has sent signals through staff that he may eventually be open to legalizing most illegal immigrants.

“We were so hopeful that Donald Trump would be a man of his word because the campaign promises he made to Americans were the things America needs to do to survive and thrive, but unfortunately, Trump has made it clear he cannot be trusted on his most powerful campaign issue of stopping illegal immigration and amnesty,” said William Gheen, the PAC’s president.


More @ The Washington Times
Posted by Brock Townsend at Tuesday, May 02, 2017 No comments:

A student at University of Texas at Austin stopped what could have been a very grave situation when he pulled out his concealed weapon and stopped a man stabbing students with a knife.

Multiple people sustained potentially serious injuries, and one person died after the stabbing attack that seemed to target fraternity members at the Texas school.
Eyewitnesses reported that a student pulled out a concealed handgun on the suspect and made him back down, stopping what was heading towards a slaughter!
The local media is working real hard on not covering that little fact. Imagine that!

Army Secretary Nominee: Citizens Should Have Same Arms As Military

The West Point graduate and Iraq War Army veteran President Donald Trump has nominated to be the new Army Secretary has a very good understanding of the Second Amendment, which is predictably driving anti-liberty liberals insane.

Tennessee state Sen. Mark Green (R), President Donald Trump’s nominee for Army secretary, strongly believes that citizens should be armed ― and not just with any ol’ guns. They should be able to possess whatever weapons the military has, because an armed citizenry is the “ultimate checks and balances” against the federal government.

“The Second Amendment, while it allows citizens to protect themselves from other citizens, goes well beyond just allowing us to defend ourselves from a criminal,” Green said at a pro-gun rally in 2013.

“The men who penned and ratified this document gave us the right to keep and bear arms as an ultimate checks and balances against the federal government,” he added. “When considering magazine size and weapon type, comments like, ‘You don’t need a 10-round magazine to hunt deer’ completely misses the point of the Second Amendment.”

It has been one week since the first of four New Orleans monuments the City Council declared nuisances was taken down, kicking off a push from Mayor Mitch Landrieu to remove what he considers the city's most prominent symbols of the Confederacy and white supremacy.

Since then, what had been a simmering debate over whether the monuments have a place in New Orleans escalated to a rolling boil as speculation mounts over which one will come down next -- Gen. Robert E. Lee, Gen. P.G.T. Beauregard or Jefferson Davis -- and how that process will unfold.

Serial killer of children freed and walking the streets

Via comment by EIEIO on UT Austin stabbing spree: 1 killed, 3 others wound..

In 1967, the virtually crime-free town of Sierra Vista, AZ was terrorized by a serial killer. Known as “The Phantom,” a sixteen-year-old black male was targeting blonde haired white children for murder.

He killed seven-year-old Cindy Clelland and six-year-old Jenelle Haines. He was also targeting another nine-year-old girl.

The killer ended up being William Huff, who had stolen bicycles and killed neighborhood cats. Huff was also accused of breaking into a neighbor’s house and fondling a little girl. He was caught and convicted in part because he sent a letter to the police taunting them. His handwriting matched the letter sent to police.


More with video @ Narrative Collapse
Posted by Brock Townsend at Tuesday, May 02, 2017 No comments: 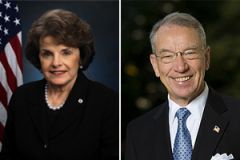 US Sens. Chuck Grassley (R-Iowa) and Dianne Feinstein (D-Calif.), the Chairman and Ranking Member of the Senate Judiciary Committee, issued a joint statement yesterday afternoon critical of the H-2B visa increase that appropriators slipped into the omnibus spending bill. Congressional Leaders and Appropriators released the massive spending bill on Sunday night that will fund the government through the end of September. Congress is expected to vote on the bill later this week. It was pure brag on young Henry Thoreau’s part to say that he had gone to Walden Pond in order “to front only the essential facts of life,” to take a Spartanlike stance against its demands on us, to cut a broad swath and shave close. In point of fact, Thoreau went to Walden to write the book later published as A Week on the Concord and Merrimack Rivers, and to gather raw materials for the volume which became his masterpiece. Writing was what most concerned him, as the Journals amply testify, and so it is enough for us to pay homage to that and not remain obsequiously bound to him as a type of pastoral philosopher in the New Eden. A somewhat simplistic social critic, Thoreau’s own quirky presence as an individualist and his forceful grace and clarity as a writer have held us in thrall these many years. To be sure, he was one of a kind. But not the only kind of writer-on-nature we need today.


More @ The Abbeville Institute
Posted by Brock Townsend at Tuesday, May 02, 2017 No comments:

A group of good Samaritans rescued a baby and toddler after the tornado this past weekend after the Texas tornado!

These heroes rescued the baby but the child was not breathing.

They saved the little baby.


“Please Lord, in the name of Jesus, let the baby breathe!”


More with video @ The Gateway Pundit
Posted by Brock Townsend at Tuesday, May 02, 2017 4 comments: 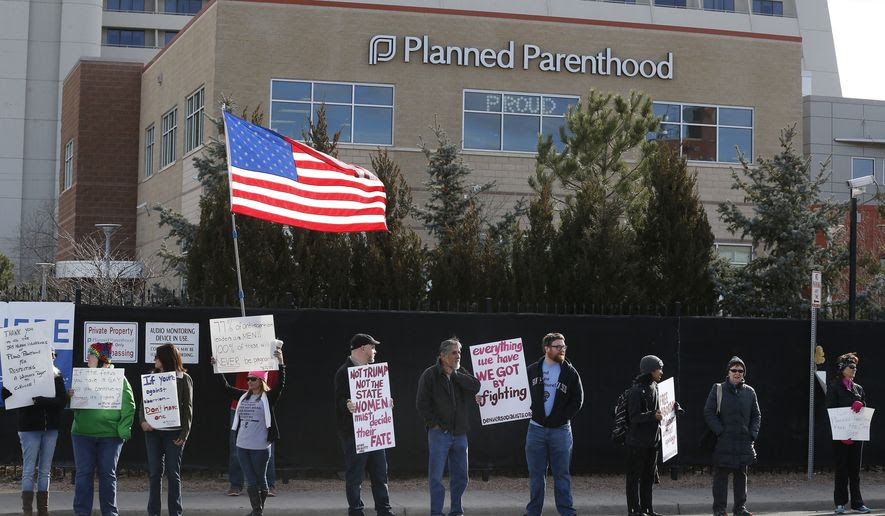 Pro-life groups are taking a swing at congressional Republicans for agreeing to a government-spending bill that continues to fund Planned Parenthood, the nation’s largest abortion provider.

Kristan Hawkins, president of Students for Life of America, called the proposed legislation “beyond frustrating,” given the electoral gains Republicans made in November running on a pro-life platform.

“The Republican Party is the only party with an anti-abortion platform and whose candidates ran specifically on the promise to defund Planned Parenthood, yet, here we are, watching them pass a bill that funds Planned Parenthood even though they control the House, Senate, and White House,” Ms. Hawkins said in a statement.


More @ The Washington Times
Posted by Brock Townsend at Tuesday, May 02, 2017 No comments: 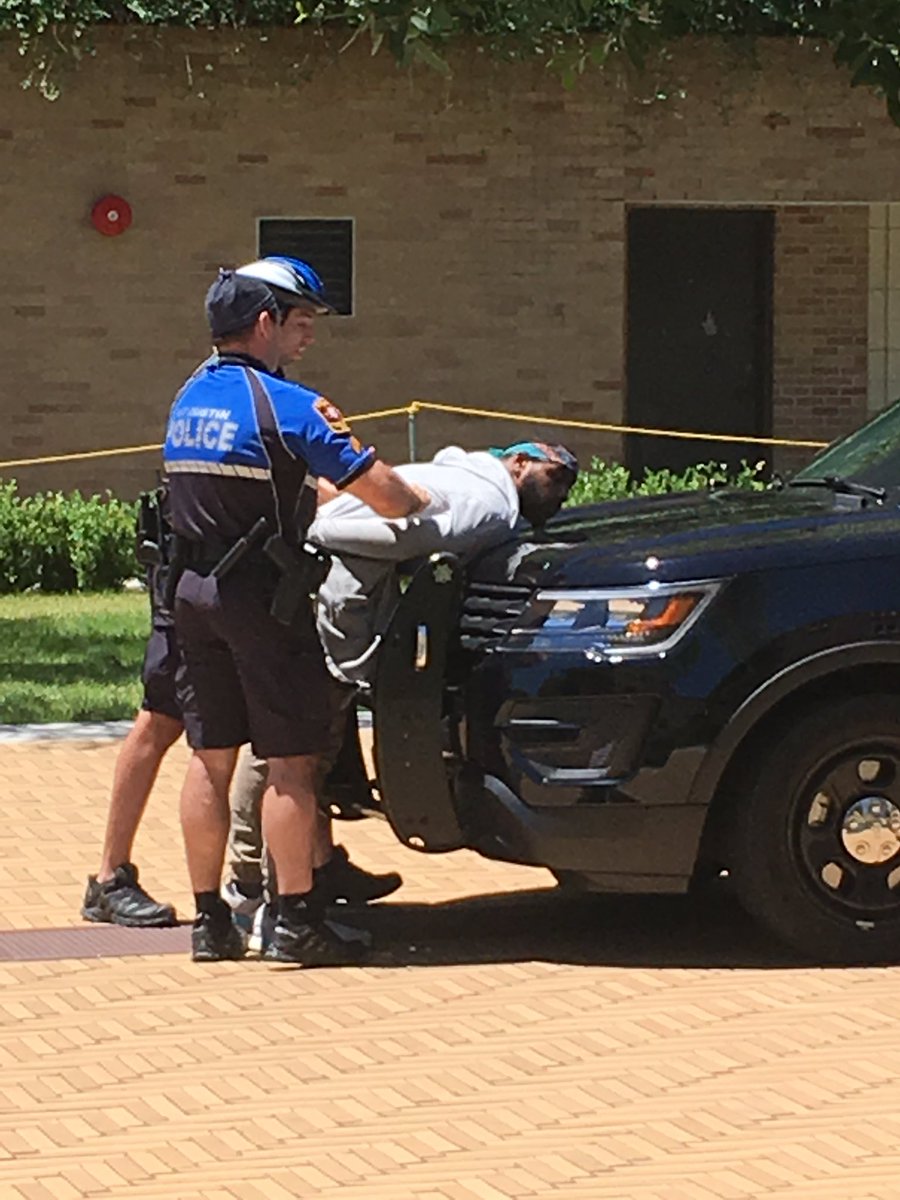 A student at the University of Texas Austin attacked his fellow undergraduates Monday with what authorities described as a "Bowie-style hunting knife," killing one and injuring three others.

UT Austin Police Chief David Carter identified the suspect as 21-year-old Kendrex J. White, who was taken into custody without incident near a gymnasium.


On Monday, a federal court will hear from government watchdog Judicial Watch regarding their Freedom of Information Act (FOIA) lawsuit that seeks the release of emails from former Homeland Security Secretary Jeh Johnson.

According to the lawsuit, Judicial Watch is specifically seeking emails “relating to official United States Government business sent to or from” Johnson.

Homeland Security was bound by law to respond to Judicial Watch's FOIA request by December 29, 2015.  However, the agency claims that the emails requested are inaccessible, which is ridiculous, and too troublesome to recover, which is probably closer to the truth.


More @ Freedom Outpost
Posted by Brock Townsend at Tuesday, May 02, 2017 No comments:

There have been a lot of different accounts of what happened on Saturday April 29th in the otherwise peaceful and picturesque Kentucky town of Pikeville. One account on the Drudge Report claimed that the Nazi fascists were booed out of town. That was not so, it was spin, it was our media being the Marxist puppets they have become since throwing all their credibility into the wastebasket as they shifted to propaganda. It was not the town that booed, but Antifa who booed as the Traditional Workers Party and the National Socialist Movement loaded up at the conclusion of the event. To portray it any other way is dishonest.

This is what did happen.


More @ Christian Mercenary
Posted by Brock Townsend at Tuesday, May 02, 2017 No comments:


Donald Trump has made good on one of his most audacious campaign promises by submitting what he describes as the biggest tax cut in U.S. History. For once, at least, this does not appear to be Trumpian braggadocio. It really may be the mother of all tax cuts. But if passed, what may this bunker buster do to the economy? While I have rarely met a tax cut I didn’t like, this one just may be more likely to send the economy into a downward spiral than it is to send up to orbit.

Saturday marks Pres. Donald Trump's 100th day in office, and immigration has been a key component of his 100-day agenda. Thus far, Trump has solely relied on his executive powers to stem the tide of illegal border crossings and beef up interior enforcement. And while he's taken some good first steps in addressing legal immigration, he's yet to take strong action on protecting American workers from the steady flow of cheap foreign labor that drives down wages and increases job competition for workers.

May Day in Paris

Paul Ryan and House Republicans included strict language in their trillion dollar budget that prevents any and all funding of President Trump’s border wall.

But the House budget includes language that FORBIDS the President of the United States of building a border wall with Mexico.


More @ The Gateway Pundit
Posted by Brock Townsend at Tuesday, May 02, 2017 No comments: