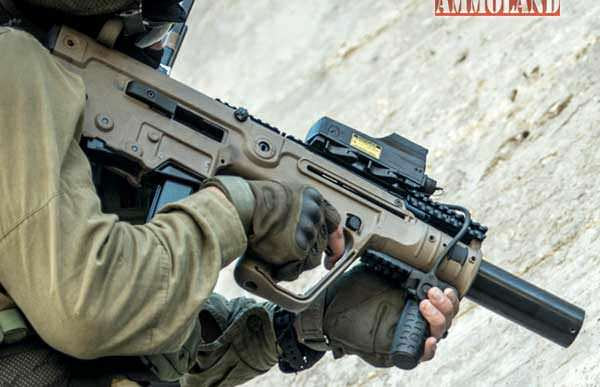 Israel Weapon Industries (IWI) – a leader in the production of combat-proven small arms for law enforcement agencies as well as governments and armies around the world – marks TAVOR’s decade of excellence in combat.

The company will present, for the first time, the military version of the X95 assault rifle in .300 AAC Blackout caliber.

According to Uri Amit, IWI’s President and CEO, “We are currently celebrating TAVOR’s decade of successful military operation. The TAVOR became the first new generation bullpup rifle to achieve such popularity in such a short time; in only ten years it has been adopted by dozens of armies and units around the world.”

“The TAVOR was developed in response to the evolving changes in the battlefield, which required a versatile weapon to support fighting in both Close Quarters Battle (CQB) and in open areas.

Reaching the highest levels of accuracy in ranges of up to 500 meters, the TAVOR has excellent ergonomics, making it easier for the fighter to operate it on the battlefield.”

Sayings By or For Southerners, Part XXXIV 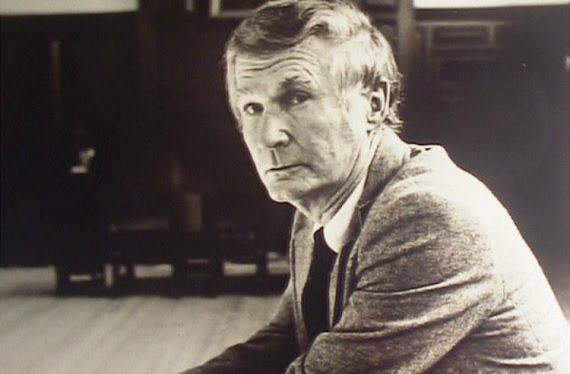 A pioneer creates a new country from foresight, courage, and hard work.  An immigrant takes advantage of what the pioneer has created.   I suppose now we really are “a nation of immigrants.”–Clyde Wilson

The prejudice of race appears to be stronger in the States that have abolished slavery than in those where it still exists . . . .–Alexis de Tocqueville


Why are we so greatly affected by statements that we know are not true? —e.g., In Lincoln’s Gettysburg speech. –H.L. Mencken


More @ The Abbeville Institute
Posted by Brock Townsend at Thursday, June 09, 2016 2 comments: Links to this post

EBT Card Outage? 8 Days Into June And Many Americans Are Still Waiting For Food Stamp Money

Widespread reports continue to pour in from all over the nation of “glitches” with the food stamp system.  It is eight days into the month and large numbers of people still have not received their benefits, and in other instances it is being reported that EBT cards are simply not working correctly.  So what in the world is going on here?  On downdetector.com there are scores of reports of problems with the EBT system from people all over the nation.  Could this simply be another example of government incompetence, or is something else at work here?

I had heard some rumblings about this over the past few days, but I had not really taken them seriously until I read an article from highly respected author Ray Gano…

It is evident that Donald Trump has rewritten the rules of political campaigning, leaving the so- called experts, analysts, journalists and even the GOP itself puzzled by the power and effectiveness of his approach.

Whether you agree with him or not, his rise and political success is undeniable. He has activated a sentiment in people that appeals to the raw emotion of Washington frustration. On the other hand, he has also set a tone in which public labeling, divisive rhetoric and racially charged comments are “OK” in the public eye, and has unraveled a whole new way of freedom of speech in America.

But even with all this, after insulting women, attacking public figures, mistreating journalists, judging the judge and calling Mexicans criminals and rapists, his appeal is on the rise even among Hispanics.

A two-day initiative named Operation Big Show focusing on the compliance of high-risk offenders on probation and parole supervision resulted in the arrest of 54 individuals and the service of more than 100 warrants.

Beginning in the pre-dawn hours on Tuesday June 7, more than 160 law enforcement officers in Nash and Edgecombe (  Dixieland . Edgecombe has a high crime rate, but virtually all is black on black) counties hit the streets in search of absconders from probation supervision, individuals wanted on outstanding warrants and to conduct compliance searches on high-risk and gang involved probationers.

Some of the significant arrests made during this operation include:

Arrington Everette – Assault with a deadly weapon with intent to kill (2 counts) for assault on a mother and her baby.

Court: No right to carry concealed weapons in public

A federal appeals court says people do not have a right to carry concealed weapons in public under the 2nd Amendment.

An 11-judge panel of the 9th U.S. Circuit Court of Appeals issued the ruling Thursday.

The panel says law enforcement officials can require applicants for a concealed weapons permit to show they are in immediate danger or otherwise have a good reason for a permit beyond self-defense.

Whither the Shards of America?: It’s Us, or Them

From the sewers they come. Anti-Trump animalia beating a supporter of Trump in San Jose. They have done the same to Sanders. Anti-Trump is legitimate. Beating up his supporters is not. Us or them.

From the Drudge Report, America’s thermometer, regarding the disruption  a campaign rally for Trump:

Enough. This can’t last. If people want to demonstrate against anything at all, fine. If they detest any politician at all, fine. If they are vulgar subliterate rabble, let them be vulgar subliterate rabble where I am not. But when they run wild over and over and shut down politics, they need to be stopped, right now, with nightsticks and dogs and long jail sentences.


More @ Fred On Everything
Posted by Brock Townsend at Thursday, June 09, 2016 6 comments: Links to this post

Agence France Presse revealed this week that the U.S. newspaper industry lost more than 50% of the jobs it had as recently as the 1990s. Unsurprisingly, AFP attributed the decline to the “massive shift to digital media that has hammered traditional newspapers.” No doubt that is a factor, but the comments section following the article was much more revealing. Overwhelmingly, those who gave up reading newspapers cited two reasons for their decision: liberal bias and the virtual extinction of anything resembling journalistic integrity.


More @ The Patriot Post
Posted by Brock Townsend at Thursday, June 09, 2016 No comments: Links to this post

Via Jeffery "How much more?"

You may have heard of civil asset forfeiture.

That's where police can seize your property and cash without first proving you committed a crime; without a warrant and without arresting you, as long as they suspect that your property is somehow tied to a crime.

Now, the Oklahoma Highway Patrol has a device that also allows them to seize money in your bank account or on prepaid cards.

It's called an ERAD, or Electronic Recovery and Access to Data machine, and state police began using 16 of them last month.

Here's how it works. If a trooper suspects you may have money tied to some type of crime, the highway patrol can scan any cards you have and seize the money.

A new poll by Big Data and posted at FOX Latina found Donald Trump has 26% support from African Americans.

Blacks today make up 22% of the Democratic vote. If Democrats lost 25% of the black vote they would lose Virginia, Florida, Ohio and North Carolina.

If Trump skims 25% of black voters from the Democratic Party he would win the 2016 election in a landslide.

The last Republican to win over 25 percent of the non-white vote was Richard Nixon in 1960.
Nixon won 32% of non-white voters to Kennedy’s 68%.

The black community in America has been in decline ever since.

Maybe blacks have finally had enough?


More @ The Gateway Pundit
Posted by Brock Townsend at Thursday, June 09, 2016 No comments: Links to this post

The 2016 presidential is shaping up to be one of the ugliest in recent history. After eight years of racial agitation under the Obama administration and social justice warriors run wild, race relations have reached a low point. We may even be witnessing the beginnings of a race war.

At a recent Trump rally in San Jose California, a white woman was egged by a group of Hispanic men. The men waved the Mexican flag while screaming “fuck you!” in her face. The woman was merely exercising her right to attend a rally for the Republican presidential nominee.
In the video below, a white man is sucker punched by a man who is carrying a Mexican flag. Also, a white boy is chased by a crowd of non-white protestors because of his support of Trump.

Recently, Hillary Clinton has changed her campaign approach. She has gone from emphasizing her supposed expertise and competence to using Trump’s German heritage to imply that he is a new Hitler.


The only downside I can see to [Hillary’s] new approach is that it is likely to trigger a race war in the United States. And I would be a top-ten assassination target in that scenario because once you define Trump as Hitler, you also give citizens moral permission to kill him. And obviously it would be okay to kill anyone who actively supports a genocidal dictator, including anyone who wrote about his persuasion skills in positive terms. (I’m called an “apologist” on Twitter, or sometimes just Joseph Goebbels).

Queen Isabella and the Invasion of Europe 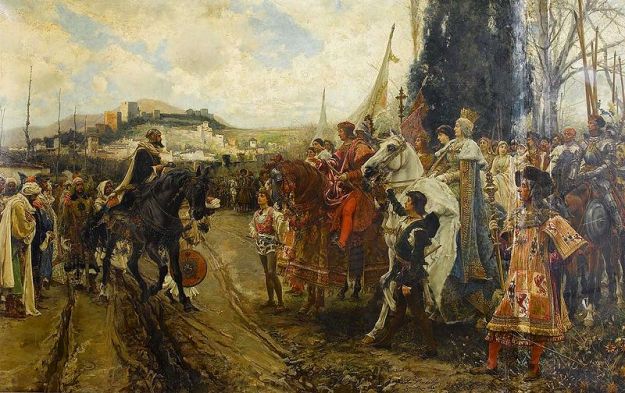 The Muslim Surrender of Granada to Fernando and Isabella, 1492

If the Western world ever becomes serious on how to deal with the current, mostly Muslim, invasion of its once sacred soil, all it needs to do is to look to its glorious past.  In particular, it should examine the heroic actions of one of its greatest figures, Isabella of Castile. This is why the historian William Thomas Walsh entitled his magisterial biography of the queen, Isabella of Spain: The Last Crusader.
While the Reconquista was not directed at securing access to the Holy Land and Jerusalem as earlier Crusades had attempted, the ridding of the Spanish peninsula of Muslim power was a definite part of what Jonathan Riley-Smith calls the “paraphernalia of crusading:”


. . . with the union of Aragon and Castile in the

persons of Ferdinand and Isabella in 1479 and

the resurgence of crusading ideas that had followed

the loss of Constantinople the Spanish court, with

Isabella taking the lead, began to seethe with fervour,

nationalistic as well as religious.  The paraphernalia

were in evidence.  [Jonathan Riley-Smith,

Posted by Brock Townsend at Thursday, June 09, 2016 No comments: Links to this post

Long Live the Flags of Dixie! 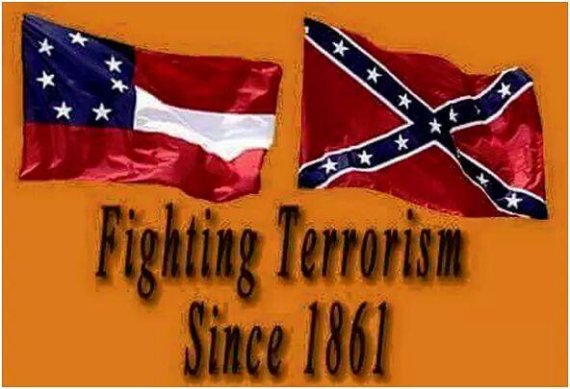 On May 19, the House of Reprehensibles passed a proposal that would essentially ban the display of Confederate flags from national cemeteries.  The amendment was added to a Veteran Affairs spending bill.

Not surprisingly, House Speaker Paul Ryan allowed the measure to be voted upon in hopes of not disrupting the appropriations process.  Yes, by all means Paul, the redistribution of taxpayers’ confiscated wealth should take precedent over a draconian attempt to eradicate a heroic symbol of the country’s past.  Hopefully, Ryan will be ousted this November as both Speaker and Congressman for not only his consistent sell out to Obummer and the Democrats on the budget, but his lack of understanding and appreciation of what is arguably the most important period of American history.

In a certain sense, the Confederate flag should not be displayed in national cemeteries or for that matter flown alongside those of the Union.  The two are representations of dramatically opposed political ideologies.