“I Survived Communism – Are You Ready For Your Turn?” “It was scientifically proven that communism is the only social-economic system providing the masses with justice and equality – 100% of scientists agree on this. The topic is not up for debate!”, so proclaimed my professor during one of his lectures on the subject ‘scientific communism’, while the country of Czechoslovakia was still under communist control. I was reminded of his blustery pronouncement the first time I encountered the spurious claim that “a consensus of 97% of scientists agree global warming is man-made.” Most people don’t question scientific statements because they think they are facts. They do not understand that scientific statements must always be challenged, because Science is not about ‘consensus’; ideology is.

Don’t Listen To The Media. President Trump Had A Strong 2018

Despite the media’s unyielding obsession with Russian-collusion conspiracies, tax returns, Stormy Daniels, and any other scandal conjured through sophistry, President Donald Trump has accrued a slew of accomplishments in 2018 that deserve recognition.

From the economy to the Supreme Court to foreign policy, this past year has been replete with home runs for the 45th president.

Defying skeptics in the media, reputable economists, and Paul Krugman, Trump achieved GDP growth of 4.1% in 2018.


More @  The Daily Wire
Posted by Brock Townsend at Saturday, January 05, 2019 No comments: 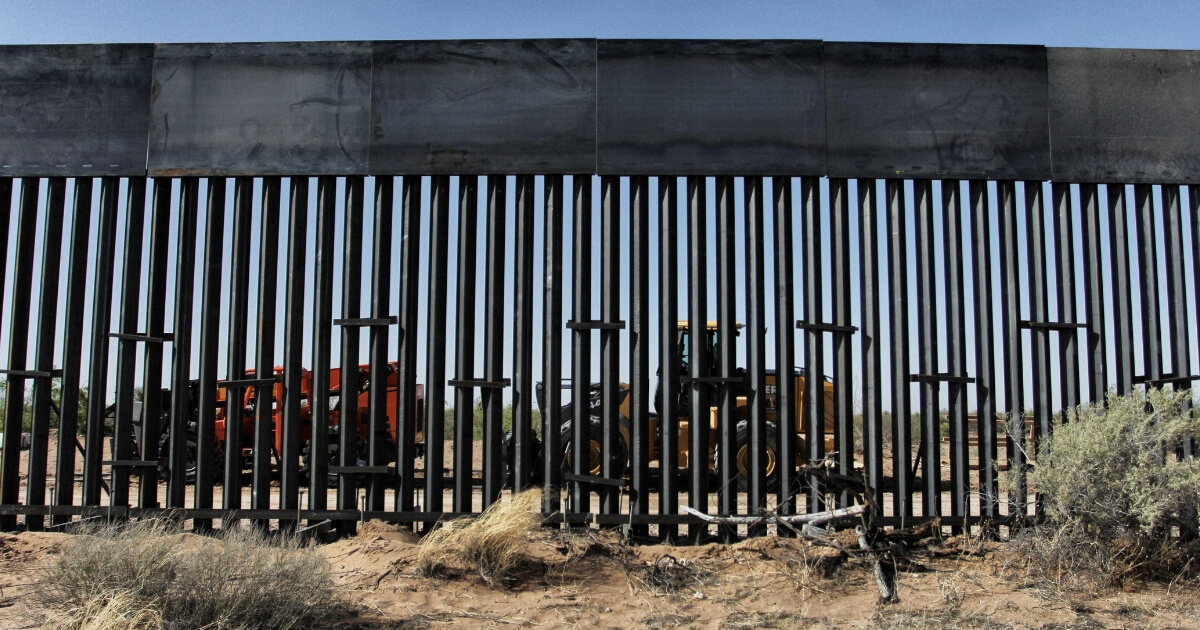 With everyday Americans putting their money where their patriotism is, a Republican Wisconsin congressman has authored legislation that would allow donated money to help fund the Border Wall between the United States and Mexico.

Rep. Glenn Grothman announced Friday that he has submitted a bill that would create a trust fund that could receive donations for costs related to the design and construction of the wall.

Donald Trump isn’t the only one who thinks walls are the answer to an unchecked immigration crisis.
In an old neighborhood in this ancient city, stone walls stained with soot lead to narrow alleyways where Syrian refugees make homes in dilapidated buildings.

Before the Syrian civil war erupted in 2011, Kilis had a population of 90,000. That number is now 230,000, with Syrians outnumbering Turks. It’s common to hear Arabic on the street. Sweetshops offer Syrian pastries sprinkled with ground pistachio.

The war has brought strained social services, cultural changes, and violence. Last year, rockets launched from Syria killed 25 Kilis residents. Suicide bombers involved in more than 20 attacks in Turkey allegedly were among the foreign fighters passing through the border city.


More @ The Washington Times
Posted by Brock Townsend at Saturday, January 05, 2019 No comments:

The Long Night is Coming


"Today is the final day of 2018. As years go, it was adequate to its purpose, which was delivering us in one complete orbit about the Sun. Enough with retrospectives: let us understand what is coming in 2019.

The coming year will be an exceptionally difficult one for the republic, perhaps even uniquely so.

Two major streams of events will at their confluence yield extraordinary outcomes: the advent of the 2020 Presidential-campaign cycle, and the nearly inevitable impeachment of the President by the now-incoming Democratic House. (Impeachment by the House will likely succeed, conviction-and-removal by the Senate will likely fail.) The mechanisms of it all will yield imperatives for maximal behavior by all parties. It will become impossible to compromise without communicating fatal weakness to the other side, impossible to retreat without being immolated by your own.

Conventional wisdom among the media and politician branches of the Democratic Party holds that President Trump and the Republicans will pay a serious price for the very partial (25%) "government shutdown" as it drags on.  The passage of a House budget bill with not even one dollar, as Speaker Pelosi averred, is supposed to increase pressure on President Trump in their view.  They seem to believe that the public so loves visiting national parks in the middle of the winter – one of the few aspects of the 25% of the federal government that affects ordinary voters – that Republicans will crack under public pressure.

Trump ponders 'emergency' powers to build border wall: 'I can do it if I want'

President Trump said Friday he could declare a national emergency on the border and order his government to build fencing without needing to go to Congress for additional funding.

He said he’s still interested in trying to get a deal done with Congress on funding his border wall plans, but he made clear he hasn’t foreclosed other options for erecting the barrier he promised voters in 2016 would be built and paid for by Mexico.