West Point Tackles 'Toxic Masculinity': “I’m being taught how not to be a man.”

This country has gone to the dogs.

“I’m going to quit West Point. It’s no longer teaching me to be a leader of men. It’s teaching me how to be a victim,” said one cadet. “I’m being taught how not to be a man,” another added. “The real bias we need to talk about [is] why it’s scandalous to be conservative in a professional environment but ‘brave’ to follow the crowd and be liberal,” yet another cadet wrote. A fourth reported that “The guest speaker had us all make a black power sign and yell, ‘Fight the power!'”

If you are a good, committed cultural Marxist and your mission is to help dismantle the cultural, economic, and power structures in the capitalist West from within, how do you undertake such a grand task? How do you subvert an entire civilization? You undermine its foundations, and the most basic building block of all is the nuclear family. To deconstruct the family successfully, you must subvert masculinity, because masculinity is the warrior spirit of that nuclear family. To emasculate a civilization, you indoctrinate its youth to believe that the natural traits typically associated with masculinity – such as aggression, competitiveness, and emotional self-control – are poisonous to society and even to boys and men themselves. You convince men – especially society’s warriors – to reject their very nature altogether.

Mark Tapson is the Shillman Fellow on Popular Culture for the David Horowitz Freedom Center.
Posted by Brock Townsend at Monday, February 10, 2020 2 comments: Links to this post

Dump him in a pig-pen and you wouldn't know the difference after an hour.

But with the news Monday that Trump and National Security Adviser Robert O'Brien have cut 70 positions inherited from former President Barack Obama, the move looks more like another fulfillment of Trump's campaign promise to "drain the swamp."

Many of the 70 were loaners from other agencies to came to NSC when Obama fattened the staff to 200," the Washington Examiner reported. The loaners have been sent back, and others have left government work.

From Tornadoes, flooding, the 70s, and snow, we got it covered all in one week (more like 48 hours). Welcome to NC!

Posted by Brock Townsend at Monday, February 10, 2020 8 comments: Links to this post

Victor Davis Hanson on Hubris, Nemesis in the Deep State 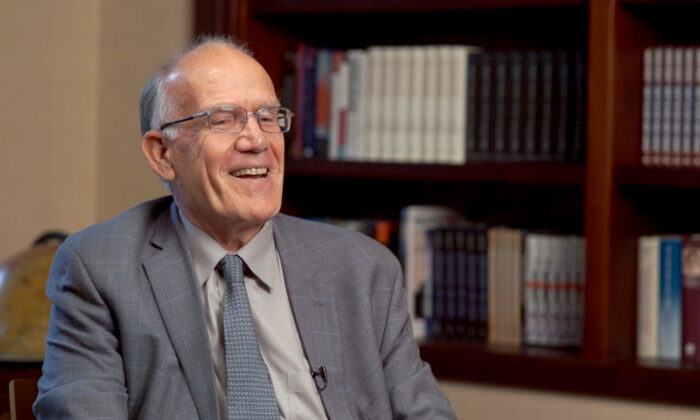 In this interview for the American Thought Leaders series, Epoch Times senior editor Jan Jekielek talks with Victor Davis Hanson, a historian and senior fellow at the Hoover Institution, about the impeachment push against President Donald Trump, the so-called deep state, and how Trump is dismantling what Hanson describes as “the progressive project.”

Jan Jekielek: Victor Davis Hanson, excellent to have you back on American Thought Leaders.

Victor Davis Hanson: Thank you for having me.

Mr. Jekielek: In April when we spoke last time, I think it was actually on the day that the Mueller report was coming out, and we were talking a little bit about expectations. As it happens today, the IG report, the Horowitz report on FISA abuse, is coming out. So I think we have to start by basically doing the same thing.


More @ The Epoch Times
Posted by Brock Townsend at Monday, February 10, 2020 No comments: Links to this post


On Monday, the U.S. Department of Justice announced federal charges against four Chinese military/intelligence officials for their role in the infamous Equifax data breach scandal of 2017. In one of the greatest data theft operations in global history, hackers in 2017 pilfered from Equifax trade secrets and personal data belonging to up to 150 million Americans.

“A federal grand jury in Atlanta returned a nine-count indictment last week that accused members of China’s People’s Liberation Army of conspiring to steal reams of data as part of a sophisticated hacking operation that exploited a major vulnerability in the software used by Equifax’s online dispute portal,” The Wall Street Journal reported.


More @ The Daily Wire
Posted by Brock Townsend at Monday, February 10, 2020 No comments: Links to this post

There Are No Good Democrats, Not Anymore

If anything is certain this election season, it’s that everything is uncertain. Should the strong economy continue and nothing too crazy happens, it’s conceivable that Republicans could hang onto the executive, the Senate, and even regain the House. President Trump will be on the ballot in all those districts Democrats swiped from Republicans, and now they’ll also have their own record, or lack thereof (impeachment, anyone?), upon which to run. The Senate will come down to a few key races in Maine, Arizona, Colorado, and North Carolina, but Democrats will have to win them all in order to gain the four seats needed to gain control (three if they win the presidency). And Trump is coming off what even HBO host Bill Maher called “his best week ever” following his Senate impeachment acquittal and widely acclaimed State of the Union address.


More @ Townhall
Posted by Brock Townsend at Monday, February 10, 2020 No comments: Links to this post

His “Lee-Jackson Day with a bit of history and context” article portrays me unfairly. Today’s post responds to one Milloy comment excerpted below:

Before giving his keynote speech, Civil War book author Phil Leigh made an offhand remark discounting the role of slavery in the war. Another man overheard him and pointed out that nearly all the states that seceded from the Union had cited the preservation of slavery as a main reason.
That was it. End of the exchange.

I do not recall this exchange. Mr. Milloy could have contacted me before writing the above to see if I had any response. He had my email address, since he asked me to send him a copy of my speech, which I did before even taking the podium. (We were sitting next to one another during the preliminaries.) Before he left the lecture hall after my speech he told me, “I will be in touch.” But he never contacted me. If he had, I would have responded with the remarks below, which I asked the Washington Post to print as an Op-Ed. The Post declined yesterday.


More @ The Abbeville Institute
Posted by Brock Townsend at Monday, February 10, 2020 No comments: Links to this post

The Italian Years of Lead: Could the Secret "Strategy of Tension" Foreshadow America's Future? 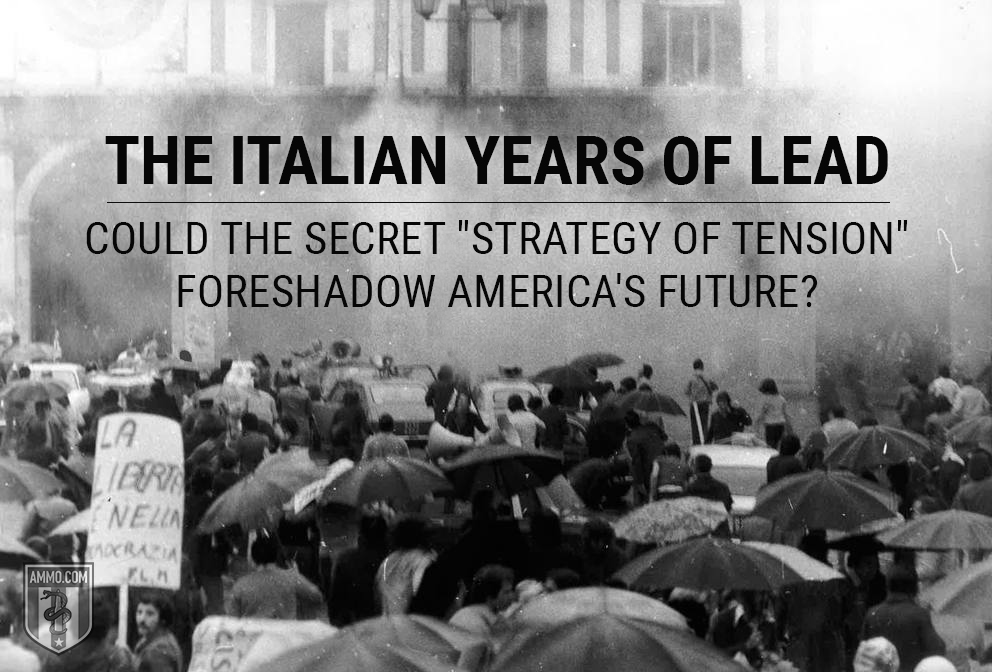 While there are some in the United States who believe we are headed toward another Civil War, there is perhaps another, more recent parallel worth exploring – the so-called “Italian Years of Lead.”

The short version is that in the late 1960s through the early 1980s, Italy was a hotbed of assassination, shoot-outs and bombings between various factions of the far-left, the far-right and the Italian government – with American, British and Soviet intelligence agencies often pulling the strings.

While the death toll was a lot lower than it could have been, it’s a fascinating and oft-overlooked area of history. When all was said and done, the Italian political landscape had been radically changed.

Thousands of leftists were forced to flee the nation, but ultimately, shocked by the violence, Italian politics moderated.


More @ Ammo.com
Posted by Brock Townsend at Monday, February 10, 2020 No comments: Links to this post

What Is Ball Ammo? Shooters often use the term “ball ammo” to describe cartridges with a full metal jacket bullet (FMJ). Although the jargon hints that the projectile is spherically shaped or contains some sort of hidden “ball” within, neither is true.

Modern bullet design has slightly blurred ball ammo’s precise definition, however, which can make the term confusing to new gun owners. Here’s a look at likely origins of the name, what it means and what it does not.

@ TBR
Posted by Brock Townsend at Monday, February 10, 2020 No comments: Links to this post