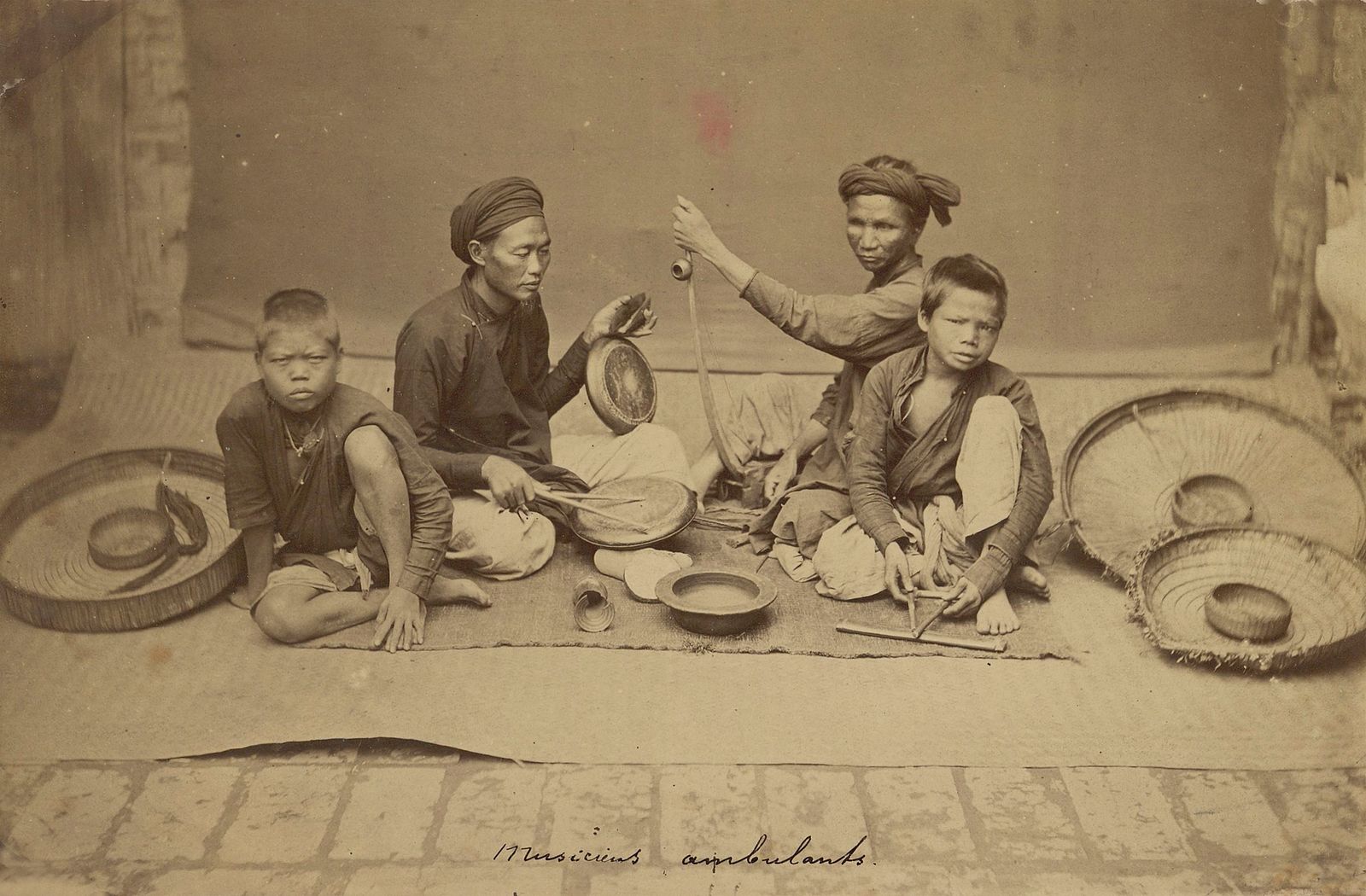 During the 19th century, postcards were one of the most popular forms of media that connected Vietnam with the rest of the world.

This collection of postcards, in particular, was taken by French photographers Pierre Dieulefils and Rigal and published in 1892. The photographers preserved a range of sights from northern and central Vietnam, or a more polished, touched-up version of them for the western perspective.

Under French rule, northern Vietnam was known by the name Tonkin while central localities were grouped under Annam. Dieulefils was probably the most prolific photographer at the time when it comes to postcards; he released some 4,800 of them in his career, most of which depict Vietnam. I grew up in Summerville, South Carolina, just a few miles from historic Charleston. This quiet little town is separated from the Holy City by some plantations, swamps, and marsh but shares the same fascination with local history. Folklore states that Summerville is the birthplace of sweet tea, the source being a newspaper article from 1890 that lists the menu for a Confederate veterans’ reunion and included, in addition to jaw-dropping quantities of beef, ham, and bread, “600 pounds of sugar” and “880 gallons of iced tea to wash it down.”


More @ The Abbeville Institute
Posted by Brock Townsend at Wednesday, November 07, 2018 No comments: 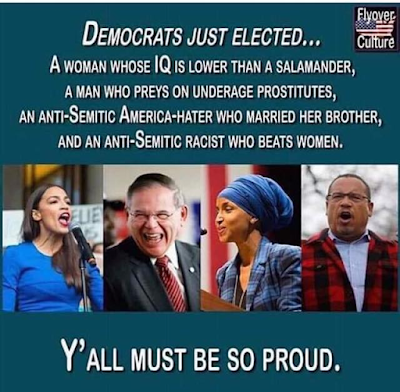 A Badge of Shame: The Government’s War on America’s Military Veterans

“For soldiers serving in Afghanistan and Iraq, coming home is more lethal than being in combat.” ― Brené Brown, research professor at the University of Houston


Not all heroes wear the uniform of war.

In the United States, however, we take particular pride in recognizing as heroes those who have served in the military.

Yet while we honor our veterans with holidays, parades, discounts at retail stores and restaurants, and endless political rhetoric about their sacrifice and bravery, we do a pitiful job of respecting their freedoms and caring for their needs once out of uniform.


More @ The Rutherford Institute
Posted by Brock Townsend at Wednesday, November 07, 2018 No comments:


The group is threatening Carlson and demanding that he leave town, saying that “tonight, we remind you that you are not safe either.”

More with videos @ The Gateway Pundit


I Would Indict Hillary Clinton

Jeff Sessions turned in his resignation Wednesday afternoon and the President announced Matthew Whitaker will take over his position as Acting Attorney General.

More @ The Gateway Pundit
Posted by Brock Townsend at Wednesday, November 07, 2018 No comments:


More @ The Gateway Pundit
Posted by Brock Townsend at Wednesday, November 07, 2018 No comments:

Trump to CNN's Acosta: "You are a rude person" or as my Mother would say: "Rude,crude and Unattractive"

Via John:" Trump is being way too kind.  Acosta was his worse-than-ever deplorable self.  How does he keep his press credentials? At this "press" event there was nothing but unbridled hostility toward Trump. Reporters making accusations at him, talking over the president, speaking out of turn, refusing to give up the microphone, acting as attack dogs for the vicious Democrats. You've never seen anything like it - because no one has.

Once again, I call for the legalization of dueling. :)
Posted by Brock Townsend at Wednesday, November 07, 2018 10 comments:

Two election waves — one blue, the other Trumpian — collided on Tuesday night and left the electorate with a split decision that defies history and further exposes the tale of two Americas.

Democrats won control of the House they so coveted, giving them a check on   Donald Trump's hold on Washington and a platform for relentless investigation of their arch nemesis.

But the blue wave Democrats so ferociously sought to build, with record fundraising and relentless Hollywood celebrity endorsements, crashed right into the Trump tsunami we discovered in 2016, which has not yet crested.


More @ The Hill
Posted by Brock Townsend at Wednesday, November 07, 2018 No comments:

Those that worked with me in this incredible Midterm Election, embracing certain policies and principles, did very well. Those that did not, say goodbye! Yesterday was such a very Big Win, and all under the pressure of a Nasty and Hostile Media!
10,456 replies 17,887 retweets 76,431 likes
Posted by Brock Townsend at Wednesday, November 07, 2018 6 comments:

Senate Republicans ride the Trump train to an expanded majority, even as House GOP falls


The Republican Party expanded its majority in the U.S. Senate in Tuesday’s divisive midterm elections, riding a Trump train fueled by red-state enthusiasm right through the rough political headwinds that knocked the GOP from power in the House of Representatives.

At odds last year after the Obamacare repeal effort collapsed, President Trump and Republicans in the Senate made amends, coalesced around a historic $1.3 trillion tax overhaul, and united for the 2018 fight. The race unfolded amid a toxic environment Republicans hadn’t experienced since 2006, when a blue wave sank their congressional majorities, leaving them anxious that an electoral map dominated by ruby red battlegrounds wouldn’t save them. 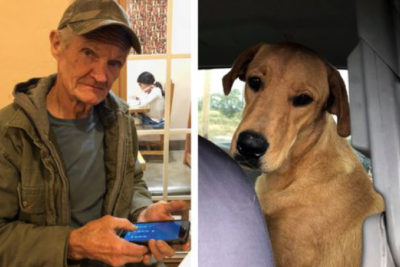 Dogs may be “man’s best friend,” but not because of their marksmanship.

A 74-year-old man in New Mexico was shot by one of his dogs last week while he and his three canine hunting companions were out pursuing jackrabbits near Las Cruces, according to local media.

Mark Gilligan told reporters that his father, Sonny, often takes his three dogs, Charlie, Cowboy, and Scooby, on hunting trips in his pickup truck. Sonny lets his dogs eat the rabbits he shoots, and his son says his father has always enjoyed pampering his pooches.

“He spoils his dogs, you know. He calls them his boys. He’s very fond of his animals,” Mark said.

SOCIALISM LOSES: O’Rourke, Gillum and Abrams Blew It, But It’s Their Policies That Suck

The Fake News Media are in full spin mode after their PR campaign for Democrats called the “Blue Wave” met a Red Wall on Tuesday night.

After months and months of shoving a so-called “blue wave” down America’s throats, the Democrat Party’s resistance turned out to be overhyped. Despite taking back the House, Democrats are reeling from major losses in races they claimed as game changers. Namely, the ill-fated campaigns of far left Democrats: Robert Francis O’Rourke , Andrew Gillum and Stacey Abrams.