The Department of Homeland Security proposed a new immigration rule Saturday to clarify existing law to ensure that immigrants entering the United States can support themselves and will not be dependent on public benefits.

The proposed rule would allow immigration officials to refuse admission and deny extensions to those who might become "public charges." Although those applying for more permanent status always had to prove they will not be a burden, the new proposition would also take programs like food stamps and Section 8 housing vouchers into account.

The term “public charge” first appeared in the Immigration Act of 1882 and was the most common ground for refusing admission at ports of entry in the late 19th and early 20th centuries.


More @ The Hill
Posted by Brock Townsend at Saturday, September 22, 2018 No comments:


via CNN: “The Republican National Committee has raised more than $200 million this election cycle, according to an RNC official, the fastest the committee has reached the milestone in a midterm period.

The fundraising achievement, which was expected after the committee came within $900,000 of $200 million last month, is significant for a party that is trying to buck historical norms in 2018. The political party in power traditionally gets rejected at the ballot box two years after they take power, a fact that President Donald Trump has mentioned numerous times in public and private as Republicans prepare for November.

Deputy Attorney General Rod Rosenstein’s actions, as recounted by the New York Times Friday, are the equivalent of an attempted coup -- a plot to overthrow the president.

As the Times reveals, Rosenstein was furious that Democrats blamed him for the firing of FBI Director James Comey.

Rosenstein, who had volunteered to write the firing memorandum, was “regretful and emotional.”  His behavior was described as “erratic.” 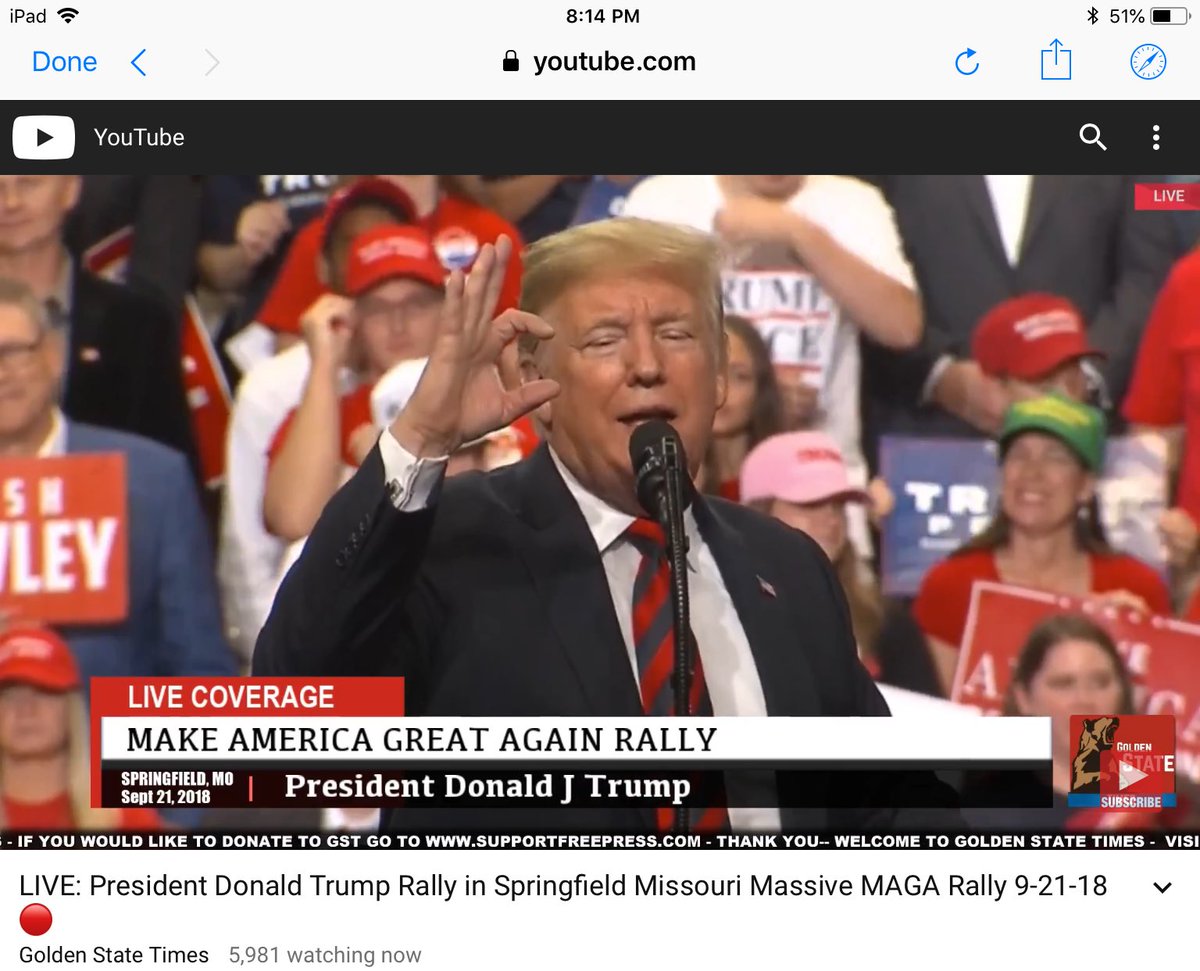 Trump: “The Democrat Party is held hostage by far left activists, by angry mobs, Antifa! By deep state radicals and their establishment cronies. You ever see what happens when you take the masks off Antifa? You have guys, you have guys that look like they live with mom and dad in the basement.

They live in the basement of mom and dad’s home. You know what that is? That’s the size of their biceps. But they wear, they wear the tough black outfits. No I would never suggest this, but I will tell you, they’re so lucky we are peaceful. Law enforcement, military construction workers, bikers for Trump. How about bikers for Trump?


More @ The Gateway Pundit
Posted by Brock Townsend at Saturday, September 22, 2018 No comments: 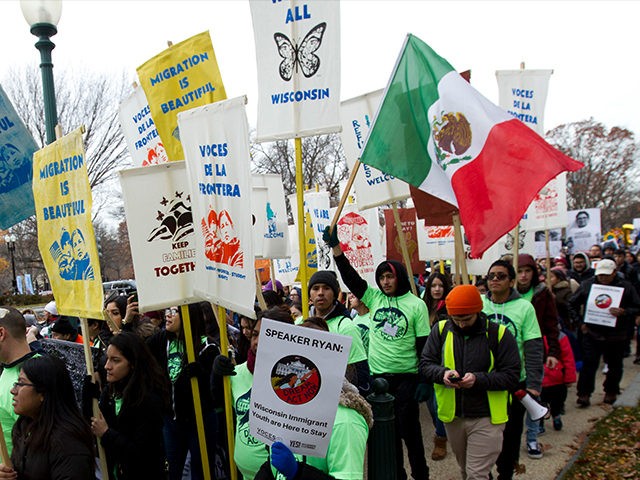 The population of illegal migrants is roughly 22 million, or twice the establishment estimate of 11 million, say three professors from Yale University and the Massachusetts Institute of Technology.

The shocking estimate will force establishment politicians and pro-migration advocates to recalculate the estimated impact of the huge illegal population on wages and salaries, on crime rates, welfare consumption, rental and real-estate prices, productivity rates, and the distribution of job-creating investment funds to coastal vs. heartland states.

The higher illegal population estimate helps explain why Americans’ wages and salaries have risen so little amid apparently record-low unemployment rates, and it also undercuts companies’ loud demands for yet more immigration of foreign workers, consumers, and renters.

American Pravda: Our Deadly World of Post-War Politics including Was General Patton Assasinated?

".......I came across Target Patton by Robert K. Wilcox, providing some very strong evidence that the 1948 fatal car crash that claimed the life of Gen. George S. Patton was not accidental, but was instead an assassination by America’s own OSS, fore-runner of the CIA, which was then also heavily infiltrated by Soviet agents."


Although my main academic focus was theoretical physics, I always had a very strong interest in history as well, especially that of the Classical Era. Trying to extract the true pattern of events from a collection of source material that was often fragmentary, unreliable, and contradictory was a challenging intellectual exercise, testing my analytical ability. I believe I even contributed meaningfully to the field, including a short 1985 article in The Journal of Hellenic Studies that sifted the ancient sources to conclude that Alexander the Great had younger brothers whom he murdered when he came to the throne.

Rivers, who's been outspoken about his Christian faith as a practicing Catholic, has eight children with his high school sweetheart-turned-wife Tiffany, whom he married when he was just 19 and she was 18.

To the amazement of Patrick, Rivers' eight children — six girls and two boys — are not enough; he wants more, and Tiffany is completely on board.

"Let me talk for a moment about the case Heller vs. District of Columbia," Cruz said. "It’s a landmark case that upheld the individual right to keep and bear arms under the Second Amendment."

The United States was to begin construction in Texas on Saturday of part of President Donald Trump's border wall designed to curb illegal immigration, which he calls a security threat.


Running along four miles (six kilometers) of the 2,000-mile border with Mexico, the new section will replace existing fencing along the boundary between El Paso, Texas, and Ciudad Juarez, Mexico, US Customs and Border Protection said in a statement.

Posted by Brock Townsend at Saturday, September 22, 2018 No comments:

Conducting an attack against an ammunition depot in Syria – in the vicinity of Russia’s Khmeimim Air Base – to protect Israel doesn’t make much sense when the consequence of such “protective measures” could have been a conflagration on the scale of World War III.

By initiating an attack on the Syrian province of Latakia, home to the Russia-operated Khmeimim Air Base, Israel, France and the United States certainly understood they were flirting with disaster. Yet they went ahead with the operation anyways.

On the pretext that Iran was preparing to deliver a shipment of weapon production systems to Hezbollah in Lebanon, Israeli F-16s, backed by French missile launches in the Mediterranean, destroyed what is alleged to have been a Syrian Army ammunition depot.

Carolinas farms could take billions in losses from Florence 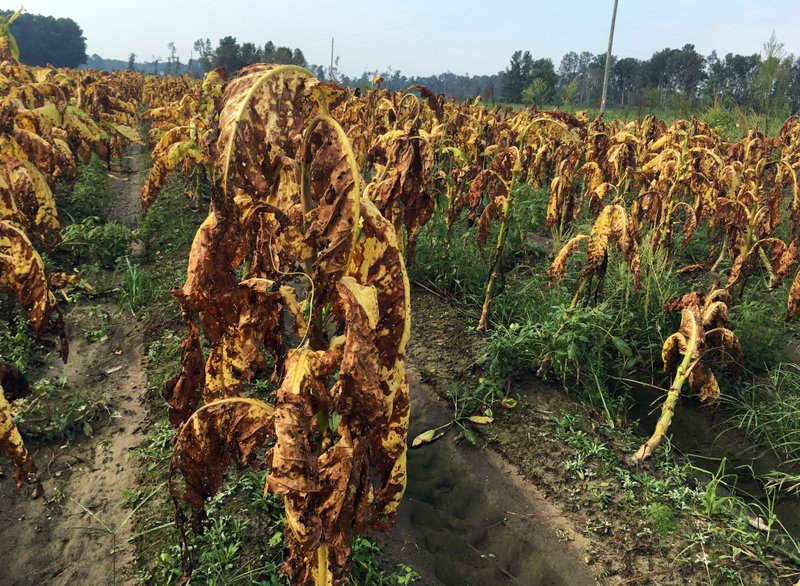 Hurricane Florence is testing the resolve of farmers in the Carolinas, who could face billions of dollars in agricultural damage while still feeling the sting from Hurricane Matthew almost two years ago.

After last weekend’s high winds and rain that was measured in feet, followed by this week’s rising rivers and standing water in fields, early farm reports are confirming pre-storm worries about losses to tobacco, cotton and corn crops. North Carolina industry leaders remain anxious about whether sweet potatoes and peanuts — grown beneath the soil and susceptible to flooding — will suffer greatly as well.

Perhaps another factor bolstering GOP steadfastness on the issue is the Friday revalation that Ford's current political adviser - former Obama and Clinton White House official Ricky Seidman, had allegedly been working on Ford's situation since July - outlining a plan on a newly released audio tape to use the allegation as political fodder to derail Kavanaugh's confirmation, and if unsuccessful, at least politically harm Republicans during midterms.