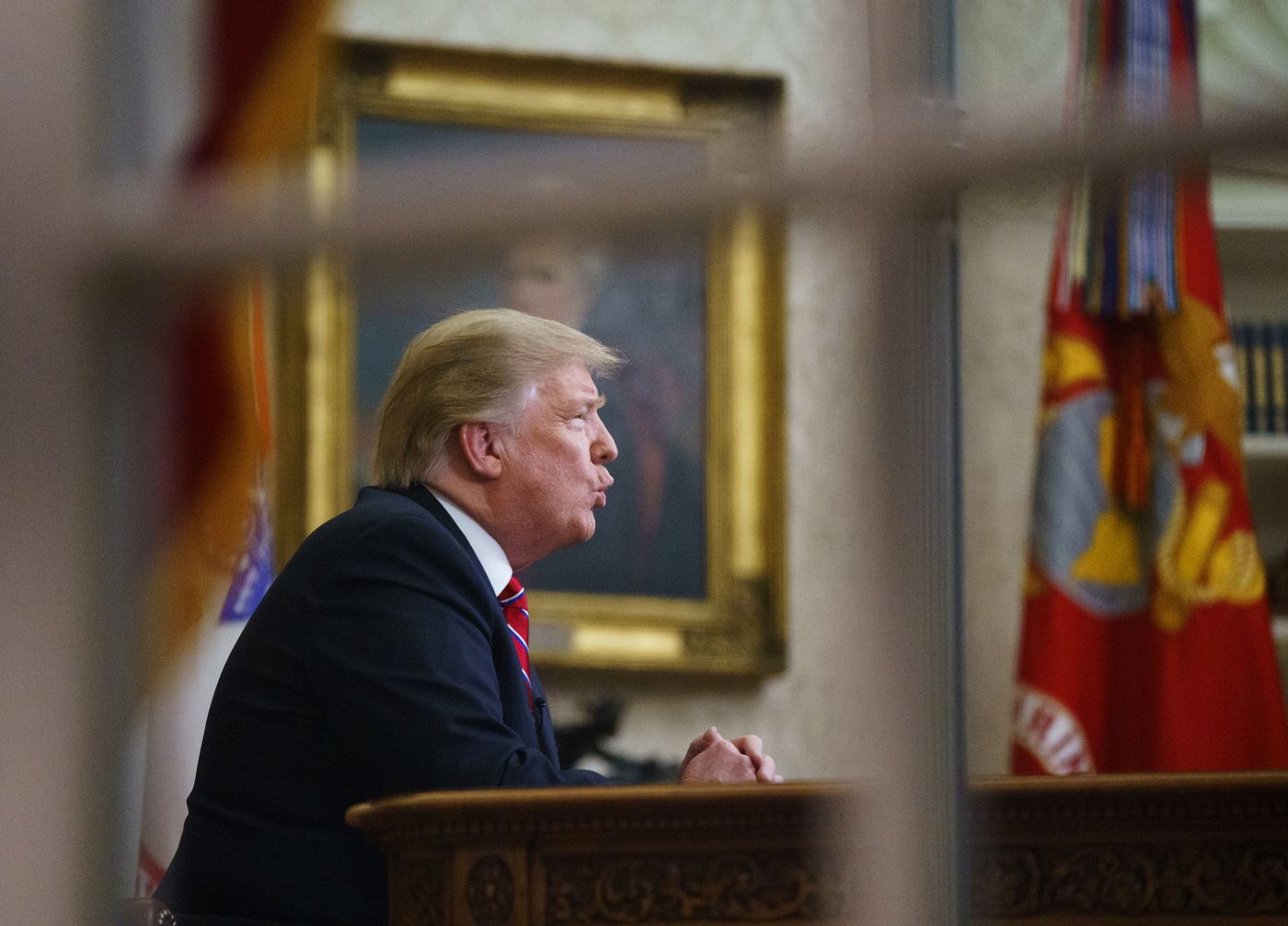 President Trump did something Tuesday night that he has rarely done since taking office: He used the presidential bully pulpit to reach beyond his hardcore base of supporters to make his case to the American people as a whole.

Speaking from the Oval Office for the first time during his presidency, Trump embraced our country’s tradition as a nation of immigrants, declaring “America proudly welcomes millions of lawful immigrants who enrich our society and contribute to our nation.” He then offered a cogent explanation why he believes we face what he called “a humanitarian crisis — a crisis of the heart and a crisis of the soul” along our southern border.

Presidential hopeful John McCain recently stated that he was of “the party of Lincoln, not Bob Jones.” This could be taken in ways the gentleman from Arizona never intended. For it was not Bob Jones who said “I am not nor ever have been in favor of making voters or jurors of negroes, nor of qualifying them to hold office, nor to intermarry with white women.” Those were the words of an earlier presidential hopeful, Abraham Lincoln.

In this Age of Information it is remarkable that anyone would appeal to Lincoln as the politically correct standard for race relations. The Party of Lincoln rhetoric, for years the shibboleth of all national Republican candidates, is illustrative of the pervasive Lincoln myth that has held sway in American thought for over one-hundred and thirty years.

A view from the apartment in Jerusalem

There are three generations of Scotts at the family farm in Lucama, North Carolina.


If the late Linwood Scott Sr. could see his family’s farm today, there would be few similarities from the tobacco and soybean farm he knew with today’s large, diverse, and international operation.

“He wouldn’t recognize it,” says Linwood Scott Jr., his son, who is better known as Sonny. “If he had the same mentality he had in 1976, he’d think I was crazy. I might be. Who knows?”

“For the record, I don’t think he is,” adds Jeff Thomas, director of marketing at Scott Farms International.