Department of Homeland Security Announces End to ‘Catch and Release’ 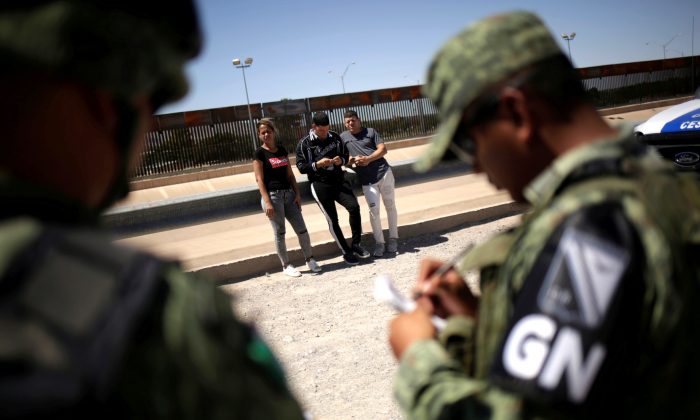 The Department of Homeland Security (DHS) is ending the policy known as “catch and release” next week, as announced by Acting DHS Secretary Kevin McAleenan on Monday, Sept. 23, at a Council on Foreign Relations event in Washington.

“So they will not be currently held on the U.S. side of the border, even in the family residential centers, because we’re not able right now to complete an immigration proceeding, while in the 21 days we have by court order,” McAleenan added.


More @ The Epoch Times
Posted by Brock Townsend at Monday, September 23, 2019 No comments: But, but he's got all those books in his library......
I recently read a report of a professor who declared that he had come sadly to the conclusion that the Founding Fathers had been all wrong in the government they created.  I don’t remember the name or place of this professor.  Whether he had ever contributed anything to scholarly knowledge was not stated, but is doubtful.  He probably suffers from Trump Derangement Syndrome.  His credentials for this judgment on our American forebears are that he has “taught American government for 40 years.”

We are so accustomed now to the media promoting the supposed “expert” opinions of supposed “experts,” especially in regard to history, that we pass over these things without noticing how ridiculous they are.  The Founders had experience of large agricultural and mercantile enterprises, of state and continental government, of war, and in some cases of diplomacy, not to mention genuine learning that is seldom found today, especially among professors.   Who is this person that anyone should notice his opinion much less consider it newsworthy?


More @ The Abbeville Institute
Posted by Brock Townsend at Monday, September 23, 2019 No comments: 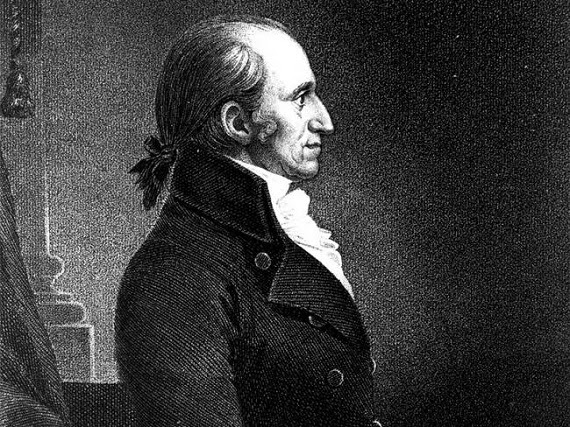 and is reprinted here in honor of Jackson’s birthday, Sept 21.

James Jackson did not sign the Declaration of Independence or the Constitution. But his heroism in the War of Independence and his exemplary integrity and republican statesmanship in the first days of the U.S. government entitle him to rank with the great men of the founding generation.

Jackson is a fine example of what that generation and several subsequent generations of Americans regarded as republican virtue. Virtue in this connection did not refer to private morals. It referred to the type of character deemed necessary to preserve liberty, a thing of great value to the community and the individual. It had a masculine Roman cast, which is why we have capitol buildings and statues of George Washington in a toga.


More @ The Abbeville Institute
Posted by Brock Townsend at Monday, September 23, 2019 No comments:

Posted by Brock Townsend at Monday, September 23, 2019 No comments: 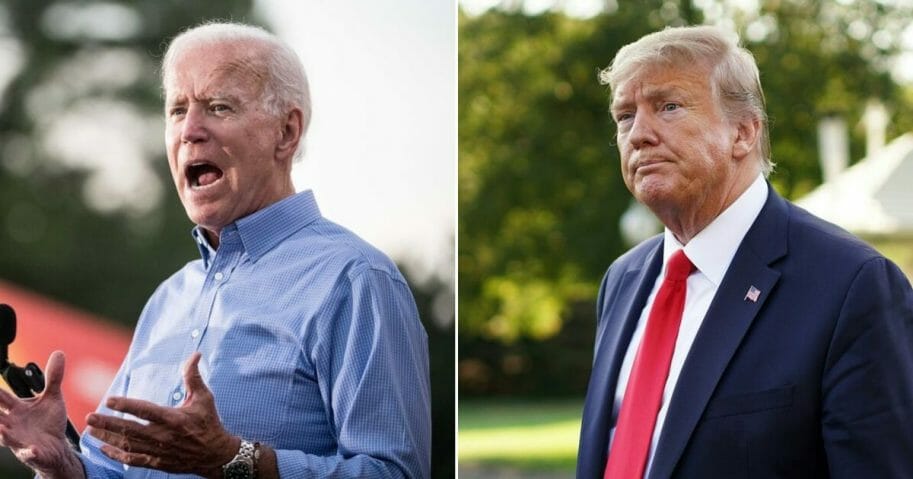 The media want to take out Donald Trump and, to do that, they have convinced themselves that they have to take out Joe Biden as well.

It’s not just that they want Elizabeth Warren, their true believer, as the candidate, it’s that they have serious doubts about Biden’s ability to survive a campaign in good health and in his right mind, to win.

So the media have invented a double-edged fake scandal. With one blade, they can invent a narrative that President Trump used his power to convince Ukraine to dig up dirt on Joe Biden’s son Hunter and to get it out in public.

With the other blade, they get to remind people constantly that Joe Biden — while vice president — tried to protect his son from investigation by the Ukrainian prosecutor by threatening to withhold U.S. foreign aid.

Donald Trump at the United Nations: Human Rights Come from God, Not Government 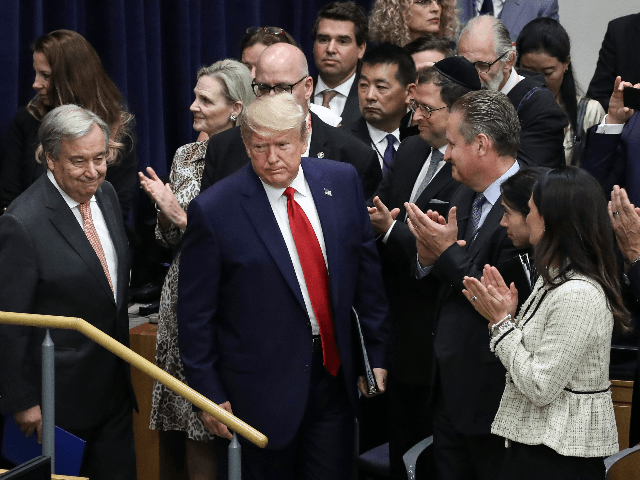 “The United States is founded on the principle that our rights do not come from government they come from God,” he said. “This immortal truth is proclaimed in our Declaration of Independence and enshrined in the first amendment to our Constitution’s Bill of Rights.”

Trump noted that 80 percent of the world’s population live in countries where religious freedom is in danger or outright banned, and called for the world to end religious persecution and release prisoners held for professing their belief.

Disneyworld and the Death of Osama bin Laden

Osama bin Laden was one of dozens of siblings. He is shown here circled on the right at age 15 on a family vacation in Europe.

IF Ever There was a Guy Who Just Needed Killing…

We were at Disneyworld, the Happiest Place on Earth. It had been a grueling day of unfettered fun and frivolity. We took one last trek around Big Thunder Mountain Railroad and settled in for the Electric Light Parade. We were tired, but it was a good sort of tired.

The Main Street Electrical Parade is an opportunity for exhausted families to rest their tired feet a bit before heading out into the Magic Kingdom to start all over again.

The ropes already defined the parade route, and folks were jockeying for the prime seats on walls, bridges, and curbs. I squeezed my three-year-old daughter close and basked in the moment.

The unexpected news energized the throngs at Disney.

An odd wave suddenly swept through the crowd. Imagine the sound of twenty thousand people whispering in hushed tones and you get the gist. The total stranger sitting next to me turned his phone in my direction and said, “Get a load of this.” At that moment some guy jumped the rope and began running the length of the parade route shouting, “We got him! We got him! We killed Bin Laden!”

Why Germany and the Western World Are Finished 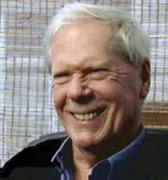 Gerard Menuhim, the Son of the Famous Jewish Violinist Yehudi Menuhim, Explains Why Germany and the Western World Are Finished:

“The myth of minority victimhood conditions the white majority to accept replacement-level immigration. These doctrines have been influential in English-speaking countries and much of Western Europe since the cultural revolution of the 1960s and 1970s.

“Meanwhile in Germany immigration politics has started in the non-democratic mode typical of ethnic politics throughout the West. No referendum is planned to give Germans a choice concerning their destiny. With minor exceptions, citizens do not even have the option of voting against the open door policy in a normal election, because the major parties support open borders. Germans who wish to have a say in immigration policy must vote for new parties that have not yet been captured by special interests.

“Rising diversity undermines civil rights. Wherever the founding ethnic group has lost control of immigration, governments come under pressure from the political left and their minority clients to suppress “hate speech”, which can include statements of opinion and fact. The limiting of free speech also precedes and helps cause the rise of replacement level immigration. But certainly it is also an effect of diversity.

“Restrictions of speech have a chilling effect on public debate. The millions now flooding into Germany and Europe are beneficiaries of this repression. Their presence will only increase pressure on government to crack down on restless natives. The underlying reason for the crackdown will be the rise of massive endemic social conflict, wholly predictable and indeed predicted by social scientists.”

Source: Tell the Truth and Shame the Devil   https://holocausthandbooks.com/dl/978-1-59148-141-6-TellTruthShameDevil-2nd-LowRes.pdf
Posted by Brock Townsend at Monday, September 23, 2019 No comments:

The Left's most-hated fast-food chain, Chick-fil-A, seems to just keep ramping up the sales no matter how much harassment or protest is thrown its way. Ever since the left-wing boycott crusade against the chicken empire began in 2012, sales have not only increased, they have doubled.

Donald Trump Jr. slammed another editor for The New York Times on Sunday after a news report revealed that the editor had made numerous racist and anti-Semitic comments on Twitter.

Trump Jr. Rips Another New York Times Editor Over ‘Racist,’ ‘Anti-Semitic’ Tweets
Jazmine Hughes, an editor at The New York Times Magazine, made the remarks according to a report from Breitbart News, which noted that Hughes' "most recent project for the Times' magazine was the 1619 Project, a comprehensive series of articles and essays arguing that slavery was the institution that fundamentally shaped the modern United States."


More @ The Daily Wire
Posted by Brock Townsend at Monday, September 23, 2019 No comments:

A Marvelous Site: The Red Light District and the Blacksmith shop Ain't dere No More

HERE
Posted by Brock Townsend at Monday, September 23, 2019 No comments: