It's scheduled to "pass through" – that is, to be approved by – the House Rules Committee at a 9 a.m. meeting Wednesday and will then be added to the House's floor calendar for debate during Wednesday's 2 p.m. session.
More @ WRAL
Posted by Brock Townsend at Tuesday, May 12, 2015 2 comments:

Many more @ ERICKSON AIRCRAFT COLLECTION
Posted by Brock Townsend at Tuesday, May 12, 2015 No comments:

"I think she's just letting out her Reverend Wright now," the author told host Sean Hannity. "You know, a week before this, I'm really glad you played the segment of her saying it was the first time in her life she's proud of her country, and then she's indignant that people might think she doesn't love her country."

The EPA Is Cracking Down On Nail Salons

Via comment by True Blue on The Fascinating Story Behind Why So Many Nail Tech...
"They did too well; so here comes the gov't to target them."


Strange that there are no Vietnamese in NY since they are far more numerous than other nationalities around the country.  Normally in Vietnamese shops, workers receive 60% plus their tips. Fairly often you must guarantee $700 or more a week plus their tips to obtain a worker.


Environmental Protection Agency Administrator Gina McCarthy will take a trip to a San Francisco nail salon Wednesday—a visit intended to shine a spotlight on health risks posed by the industry.

"We know more visibility needs to be raised for these issues and we're working hard to reach communities and to educate folks," McCarthy said Tuesday at the White House Summit on Asian Americans and Pacific Islanders in Washington, where she announced her nail salon visit.


More @ National Journal
Posted by Brock Townsend at Tuesday, May 12, 2015 No comments:

Alabama Legislature's yard sale is littered with the state's history

Alabama legislators don't give a rat's rear end about history.

Those who fail to learn from the mistakes of the past, of course, are doomed to repeat them.

And they – the Legislators, I mean – are some of the biggest mistakes of our history. They stand on the crowded Mount Rushmore of our mistakes, and the longer we fail to see that, the longer we are doomed to keep putting them up there.

The latest what-are-they-thinking bill out of Montgomery (and I'm not even talking about the one that encourages teachers to ignore prevailing scientific thought and teach whatever crackpot theories they happen to believe) would gut the Alabama Historical Commission, put preservationists in mothballs and  "divest" the state of several historical properties. 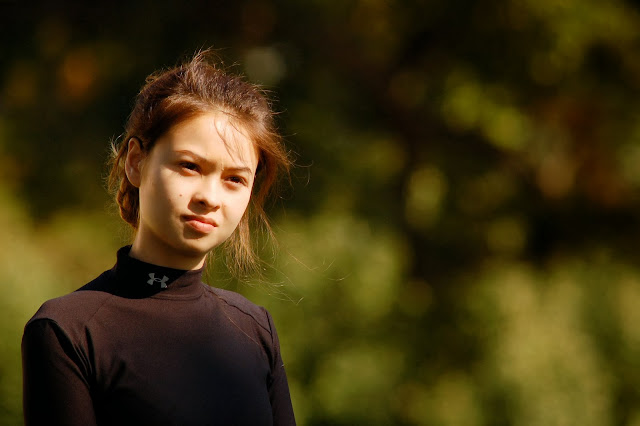 There is a valid case to be made for American Exceptionalism.  In the international industrial community, which is where I have been these many months, it is understood that it takes several men of other nations to do the work Americans do every day.  This is not due to physical strength or intelligence, it is due to the work ethic bred into us by a pioneering instinct, it is an understanding that it will take a lot of work to make something out of nothing and we have the will and the persistence to get it done.

In other nations the caste system tells people who they will be from the moment of their birth, until the day of their death.  With that knowledge they lack inspiration, lack motivation and lack the individual vigor to take great feats upon themselves.  It is somewhat the same structure we abandoned when we broke from Great Britain.

Miss Japan?  This piece is right on.

Japan has long been something of an enigma, developing a dominant economy without many basic resources and without flooding itself with foreigners, as tends to happen to every other [mostly European] developed polity in the world. Even South Korea has begun taking in more foreigners.

This unique Japanese national survival within the global capitalist economy has been a miracle and a point of hope for those of us with similar dreams of group survival and a turning back of the megastate trend, to a world of nations and roots.

If Abenomics wasn’t enough cause for concern, Japan has awarded Ariana Miyamoto, who is half-black, the Miss Japan 2015 title (as of March 12, 2015). Miss Miyamoto will represent Japan at this year’s Miss Universe contest, which might be enjoyable to watch if some actual diversity of nations and cultures were preserved and then presented through the contest.

If globalism continues, all of the candidates will come to be identical – and thus boring. Hopefully this isn’t a warning sign that Japan will soon open its immigration flood gates, removing the sakura blossom from the bouquet of nations.

It's common knowledge that the four bloody, thunderous years of the American Civil War came to a solemn end when Southern Gen. Robert E. Lee surrendered to Union Gen. Ulysses S. Grant at Appomattox — but it's not true.

The final land battle of the war wasn't fought until more than a month later, 150 years ago Tuesday and Wednesday, on a barren, wind-swept coastal plain at the southern tip of Texas.

And the Confederates won.

Should We Fear Operation Jade Helm?

Military Operation Jade Helm 15 is billed as the largest peacetime military exercise in sixty years, although no one can remember one larger, or one involving more civilians.

Thousands of troops including America’s greatest: the Navy Seals, the Army Rangers, the Green Berets, US. Air Force Special Operations Command, the USMC Marine Special Operations Command, and the 82nd Airborne Division will practice “realistic” mock operations in nine states mostly in the Southwest. Although the facts remain skimpy, adding to the fear, we are told that it begins July 15 and ends 60 days later, September 15, and will simulate war missions mostly in remote areas.

The U.S. Army Special Operation Command letter detailing the operation claims to have acquired approval from local officials to conduct these military exercises. The operation comes complete with staging areas; airfields, drop and landing zones so it could be scary for some not used to a military presence. Texas, Utah and from Bakersfield south in California, are labeled hostile territory (this part of California is specifically identified as an Insurgent Pocket), New Mexico is identified as leaning hostile. The rest of California and all of Nevada, and Colorado are labeled permissive with Arizona leaning friendly.

The map provided in the command letter has code word operations: six in Texas, three in Arizona, two in Utah, New Mexico and Florida. No detail is revealed with respect to these special operations except that Texas is obviously the area of heaviest concentration.