This is a zinger for the record books, folks! GOP lawmaker Gae Magnafici made an epic jab at Hillary while discussing the overblown fears surrounding coronavirus.

A Republican state legislator in Wisconsin shared a “joke” about former Secretary of State Hillary Clinton and the rapidly spreading novel coronavirus that angered local citizens.

Gae Magnafici, who spent 35 years as a nurse before winning office in Wisconsin’s 28th Congressional District, responded to a tweet admonishing President Trump’s lack of response to the coronavirus by suggesting that “more people have died from knowing Hillary.” [Washington Examiner]

Obviously Magnafici made this talking in jest, but liberal news site PolitiFact has actually fact-checked her claim. Good grief, these people are dense.


The formation of the Confederate States of America by the people of the South through their secession conventions was the greatest expression of democracy and self-government in the history of the world.

(This post is Chapter Five of my book, Slavery Was Not the Cause of the War Between the States, The Irrefutable Argument., available on this website)

Southerners revered the Founding Fathers and quoted the Declaration of Independence extensively in the secession debate in the South in the months before seceding from the Union. As stated earlier, George Washington is front and center on the Great Seal of the Confederacy. The most widely quoted phrase of the secession debate comes from the Declaration of Independence:

The level of media opposition and snark against President Trump is simply so ridiculous at this point there’s a desperation to it.  So let us consider…

From the outset of Donald Trump’s entry into the world of politics he espoused a series of key tenets around what he called his “America-First” objectives:

The U.S. needed to have control over our borders, and a greater ability to control who was migrating to the United States.  A shift toward stopping ‘illegal’ migration.

The U.S. needed to stop the manufacture of goods overseas and return critical manufacturing back to the United States.  A return to economic independence.

The U.S. needed to decouple from an over-reliance on Chinese industrial and consumer products.  China viewed as a geopolitical and economic risk.


More @ The Last Refuge
Posted by Brock Townsend at Friday, March 13, 2020 No comments:

Apparently having no shame when it comes to politicizing a crisis isn’t just reserved for House Democrats. The local ones are at it as well.

The mayor of Champaign, Illinois has signed an EO which she claims grants her extraordinary power to curtail the rights of ordinary citizens. And while the banning of guns and ammunition are the eye catcher, it goes far beyond that.

Katie Pavlich over at Townhall has the report.

New border wall blocks 90% of illegal crossings, up from just 10% The new chief of Border Patrol, which is under U.S. Customs and Border Protection, revealed that the parts of the new “wall system” are 90% “effective,” up from just 10% before it was built, replacing a ragtag of broken fencing.

“It changes everything,” said Chief Rodney Scott, of the 135-136 miles of new wall, roadways, and high-tech spyware. “There is a huge return on investment,” he added. “This system is going to have a huge impact,” added Deputy Chief Raul Ortiz. 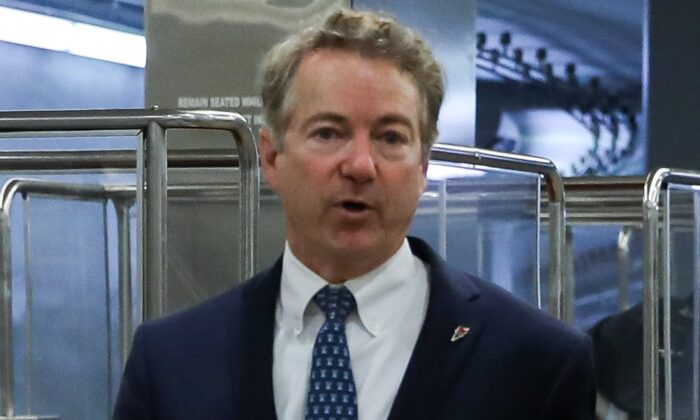 When the House of Representatives approved a bipartisan compromise measure on March 11 to reauthorize the Foreign Intelligence Surveillance Act, including the court at the center of the Spygate scandal, it appeared supporters were headed to a quick victory.

Even Rep. Jim Jordan (R-Ohio) the ranking Republican on the House Judiciary Committee and one of President Donald Trump’s fiercest defenders during the Democratic impeachment drive that developed out of Spygate, called the measure “real reform,” although he acknowledged he wanted more FISA changes.

Julian in the Dock

Julian Assange’s extradition hearing has had very little media coverage. Even The Guardian and The New York Times barely mentioned it, though these newspapers made a fortune publishing Assange-provided cables. Unless you had been looking for it, you wouldn’t even know that on February 24 to 27, the first stage of Assange’s extradition hearing was being adjudicated in the secretive Woolwich Crown Court embedded within the huge Belmarsh Prison nicknamed “British Gitmo”. Luckily for us, Ambassador Craig Murray, the indomitable truth fighter, went there, waited in line for hours in the rain, underwent searches and discomfort, and wrote an extensive report (12,000 words) on this travesty of justice that went under the name of a ‘trial’. His reports leave nothing out, from the threatening atmosphere to the sinister legal arguments. He captured the menace and the abuse bordering with public torture, and delivered it to the world, something that none of the journalists on the payroll of the mass media had been allowed to do. Here are some insights from his report in my free rendering augmented with other sources.

A must read, about Muslim culture: What I learned in the Peace Corps: Trump Is Right

Three weeks after college, I flew to Senegal, West Africa, to run a community center in a rural town.  Life was placid, with no danger, except to your health.  That danger was considerable, because it was, in the words of the Peace Corps doctor, "a fecalized environment."

In plain English: s--- is everywhere.  People defecate on the open ground, and the feces is blown with the dust – onto you, your clothes, your food, the water.  He warned us the first day of training: do not even touch water.  Human feces carries parasites that bore through your skin and cause organ failure.