Fox News’ Media Suicide: Like the other networks, they were broken by Trump, who understands the TV business better than any of them.

It was entirely expected that the worst year in my lifetime should have the worst election in my lifetime. Not because the second-best president in my lifetime (after Ronald Reagan) lost, but because we don’t know for sure that he did. I would rather be certain that the ghost of Joe Biden won outright than see the greatest nation on Earth embarrass itself like Venezuela. Sadly, the unprecedented goalpost-shifting and manipulation by the Left, bolstered by the usual obsequious accommodation by the Right, has created a national humiliation that will fester for a long time to come, no matter who gets inaugurated in January. Should that be Biden, I shall leave it to more expert political analysts to dissect the cause and effects of such a disaster, while I’ll focus on the cultural, media, and artistic ramifications. And I’ll start with the most astonishing example of media suicide in my lifetime — that of the Fox News Corporation (FNC). 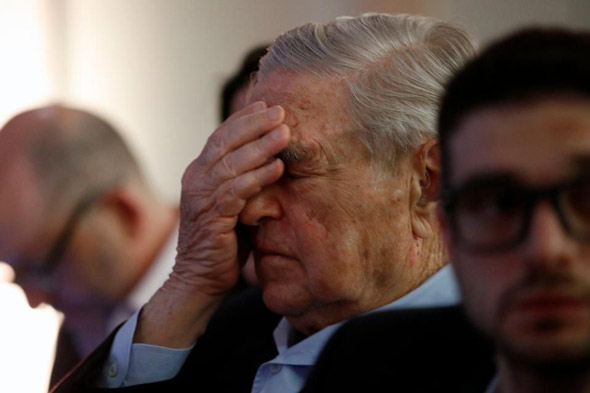 Twitter Flooded with Calls to Arrest George Soros for ‘Treason’

Users on Twitter are flooding the platform with calls for liberal billionaire George Soros to be arrested for "treason."

Hungarian-born globalist Soros is being increasingly accused of funding far-left groups, including Antifa and Black Lives Matter, to sew hate and division among Americans to further his own political agenda.

People are taking to Twitter to denounce Soros as one of the financial architects behind the recent violent riots across America.

Twitter users are hitting back against Soros, targeting his posts with angry replies.

How The Obama Administration Set In Motion Democrats’ Coup Against Trump Rep. Devin Nunes realized the purpose of Obama’s dossier. 'Devin figured out in December what was going on,' says Langer. 'It was an operation to bring down Trump.'

The following is an excerpt from Lee Smith’s book out October 29, “The Plot Against the President: The True Story of How Congressman Devin Nunes Uncovered the Biggest Political Scandal in U.S. History.”

AFTER DONALD TRUMP was elected forty-fifth president of the United States, the operation designed to undermine his campaign transformed. It became an instrument to bring down the commander in chief. The coup started almost immediately after the polls closed.

Hillary Clinton’s communications team decided within twenty-four hours of her concession speech to message that the election was illegitimate, that Russia had interfered to help Trump.

Opposition leaders and most Western nations said the election was stacked in favor of Maduro, who has been widely criticized for his human rights record and for undermining democracy to stay in power.

Allies of Venezuelan President Nicolas Maduro won 91% percent of the legislature’s seats following a vote on Sunday that was boycotted by the opposition and disavowed by the United States and the European Union.

Opposition leaders and most Western nations said the election was stacked in favor of Maduro, who has been widely criticized for his human rights record and for undermining democracy to stay in power.

Identity Politics and the Southern Gentleman Earlier this year, shortly after the sad and unfortunate death of George Floyd in Minneapolis, I witnessed an especially peculiar example of one of the many thousands (perhaps millions?) of debates on social media regarding race in America. In this case, both of the virtual combatants were white males — one was a young, recent graduate of an Ivy League law school living in New York City; the other was an old friend of mine from my days at the University of Virginia. The former employed name-calling and sarcasm to shame the latter for his defense of the police and his suspicion of claims of systemic, institutional racism in the United States. My friend, a native and resident of Richmond, took all the calumny in stride with true gentlemanly style, never taking the bait, and providing objective evidence to support his own opinions. A fighter to the end, something I greatly admire.

During this holiday season, the First Lady and I send our warmest greetings to the millions of Jewish people in the United States and around the world as they begin the celebration of Hanukkah and the miracle that kept the flames of the menorah burning in the Second Temple for eight nights.

The candle-lighting tradition that began over 2,000 years ago is rooted in perseverance and faith—two virtues that are indicative of the Jewish culture and the Jewish faith.

We Need to Start Asking the Right Questions

Investigations begin with questions, not answers. It’s time we start asking the questions that will lead us to the truth about the 2020 presidential election.

There’s plenty of metaphorical “blood in the street” to indicate that something was amiss — rampant lawlessness, procedural improprieties, and generally sketchy behavior by government officials that collectively suggests fraud on a staggering scale. We know that the integrity of our election was compromised; now we just need to figure out who perpetrated this assault on our democracy and how.

For years we reported on the murder of Seth Rich and followed up with numerous posts about the emails that were used as the basis to create the Trump – Russia conspiracy.

For four years the FBI lied and said they had nothing on Seth Rich, but then today we learn that the FBI has 20,000 pages and a laptop all related to Seth Rich.  The Deep State FBI liars finally brought the Seth Rich case out of the closet.

The Time for Talking with the Left is Long, Long Past 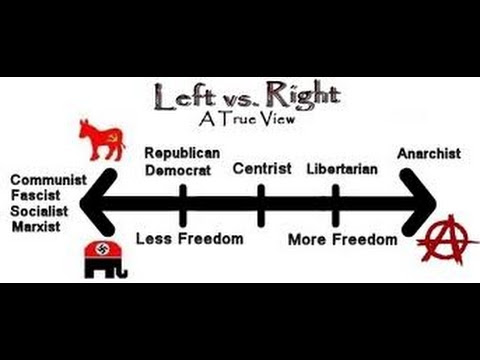 “People who cannot be reasoned with can only be fought.” It’s an age-old truth, one good people ignore at their own peril. It too often is ignored, though, since good people are mostly reasonable and, in accordance with man’s nature, engage in projection. They thus assume that others are as reasonable as they are.

It’s reasonable to assume that mentioning right now the futility of reasoning with the Left is motivated by the election. It’s also, in my case, untrue. I’ve for decades recognized that devout leftists, emotion-driven and vice-ridden, operate by occultist Aleister Crowley’s “principle,” “Do what thou wilt shall be the whole of the law.” But now, with the Left stealing an election after have stolen our whole culture and increasingly achieving its ends through violence, more people may accept this message.

When presenting logical arguments to advance a position, which is what I as a commentator do, I’ve at times heard from readers who’d lament that it was a waste of time because leftists wouldn’t listen. What they misunderstood is that those arguments were never, ever intended for the Left.