A lawyer for George Zimmerman, the man who fatally shot teen Trayvon Martin in Florida in 2012 and was acquitted of all charges, has sued Democrat presidential hopefuls Pete Buttigieg and Elizabeth Warren.

The claim alleges the two "maliciously defamed" Zimmerman, using Martin's death "as a pretext to demagogue and falsely brand Zimmerman as a white supremacist and racist to their millions of Twitter followers."

Cruz released the video after Sanders, Ocasio-Cortez, Sen. Jeff Merkley (D-OR), and Rep. Darren Soto (D-FL) introduced legislation that would ban fracking nationwide.
“We are currently experiencing an American energy renaissance with the United States having now become the number one producer of oil and the number one producer of natural gas on the planet,” Cruz says in the video.

Napolitano on Roger Stone: ‘Almost Any Judge in the Country Would Order a New Trial’

Napolitano said it is “pretty obvious” Stone should get a new trial, adding that “almost any judge in the country” would order one, but he is not sure Judge Amy Berman Jackson will.

“I don’t know where this is going to end, he’s scheduled to be sentenced on Thursday,” Napolitano said of the case.

Co-host Pete Hegseth stated, “So, you think a new trial is likely or could come out of this?”
Napolitano replied, “Pete, I think almost any judge in the country would order a new trial. I’m not so sure about Judge Jackson. I don’t know.”
Posted by Brock Townsend at Tuesday, February 18, 2020 4 comments:

Pompeo Responds to Reports Democrats Secretly Met Iran's Javad Zarif----Tells Europe: ‘Name Me A Moment In History When The Weak And The Meek Have Prevailed’

WATCH: Pompeo Bluntly Tells Europe: ‘Name Me A Moment In History When The Weak And The Meek Have Prevailed’
Posted by Brock Townsend at Tuesday, February 18, 2020 2 comments: Harrison believed that the presidency should be limited to one term in order to curb the potential for executive abuse.

Who was the greatest president in American history? Ask this question to a group of people who are cynical of the imperial presidency and at least one person will answer William Henry Harrison, the man who died one month after taking office.

Who could be better than a president who impacted the office in such a minimal way and who had little time to destroy the Constitution?

This response is designed to draw a few laughs, but is there some actual merit to the idea that Harrison was a great president?


More @ The Abbeville Institute
Posted by Brock Townsend at Tuesday, February 18, 2020 No comments:

A wide-ranging group of writers from ideologically diverse backgrounds has come together to challenge leftist assertions in the New York Times’s 1619 Project that the United States was built on slavery. In response, the educational series 1776 was recently launched by the Woodson Center under the guidance of longtime activist and scholar Robert Woodson.

The Woodson Center was founded in 1981 to raise awareness and funding for neighborhoods seeking to solve critical community problems through innovative initiatives. Robert Woodson began 1776 as a direct response to the misguided and harmful history put forth by the Times.

Woodson described the 1619 Project as a “lethal” narrative that perpetuates a culture of victimhood in the African American community by claiming that life for blacks in America has been predetermined by slavery and Jim Crow.


More @ The Patriot Post
Posted by Brock Townsend at Tuesday, February 18, 2020 No comments:

Who's complaining about investigations now? 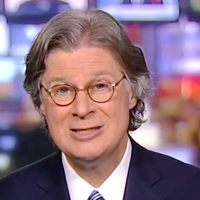 Attorney General William Barr is looking into the murky origins of the politically charged Justice Department investigations that have roiled American public life for the last three years.

Just how did the FBI's "Crossfire Hurricane" investigation into the 2016 Trump presidential campaign get started? What led the FBI to look into whether President Trump was working on behalf of Russia? Why did the Justice Department use an ancient, never-enforced law as a pretext to interrogate then-national security adviser Michael Flynn, leading to one of the most troubling court cases in recent years? And more.

Each investigation involved highly publicized leaks that led to many headlines and endless discussion on cable TV. Anti-Trump voices stood firmly in support of more and more detailed inquiries of the president and his allies.

Alexander Vindman Is Not Owed an Apology, He’s Owed an Investigation

The moral of the story: You can be an Army officer who leaks classified information and undermines the Commander in Chief as long as you shout orange man bad loud enough.


Alexander Vindman was one of the more grating characters that tried to make a name for himself during Trump’s impeachment. An Army officer, he shamelessly shouted about his “patriotism” in an attempt insulate himself from all criticism.

Of course, the media (including some in conservative circles) played along, pronouncing it absolutely off limits to question Vindman’s reasoning and motives. You may have noticed, but there’s a clown nose on, clown nose off routine when it comes to the military and Trump opponents. If it’s Michael Flynn, you can trash him relentlessly as a Russian asset despite his decorated career of service. But if a military member speaks against Trump, they immediately gain protective status and it becomes “gross” to suggest they could be political.

Vietnam quarantines rural community of 10,000 because of coronavirus 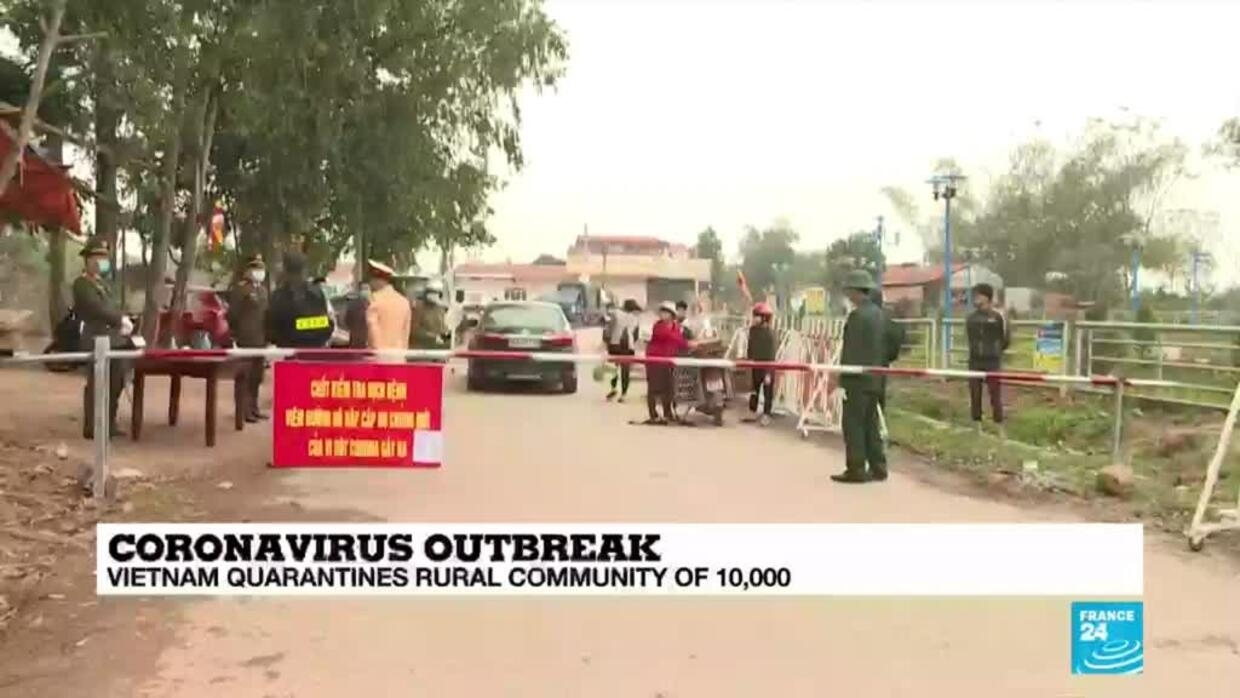 Vietnam has quarantined a community of 10,000 people near the capital, Hanoi, for 20 days because of fears the coronavirus could spread there, two local officials told Reuters on Thursday.

The rural commune of Son Loi, in the northern Vietnameseprovince of Vinh Phuc, 44 km (27 miles) from Hanoi, is home toll of the 16 coronavirus cases in the Southeast Asian country,including a three-month-old baby.

“Over 10,000 residents of the commune will not be permitted to leave for the next 20 days, starting from today,” the second of the two the officials told Reuters on Thursday.

“As of this evening, we will still allow those who wish to return home to enter but, in the next few days, this place will be totally be sealed,” the official told Reuters by phone. Just weeks after President Donald Trump was acquitted by the Senate of bogus partisan impeachment charges by the House of Representatives, a group of federal judges will hold an ’emergency meeting’ on Tuesday.  The judges will meet to discuss the intervention by Attorney General William Barr against the abusive proposed sentence for Roger Stone and the criticism by President Trump of the proposed sentence and the federal judge overseeing the case, Judge Amy Berman Jackson, as well as other actions by Barr and Trump regarding ‘politically sensitive’ cases before the judiciary. 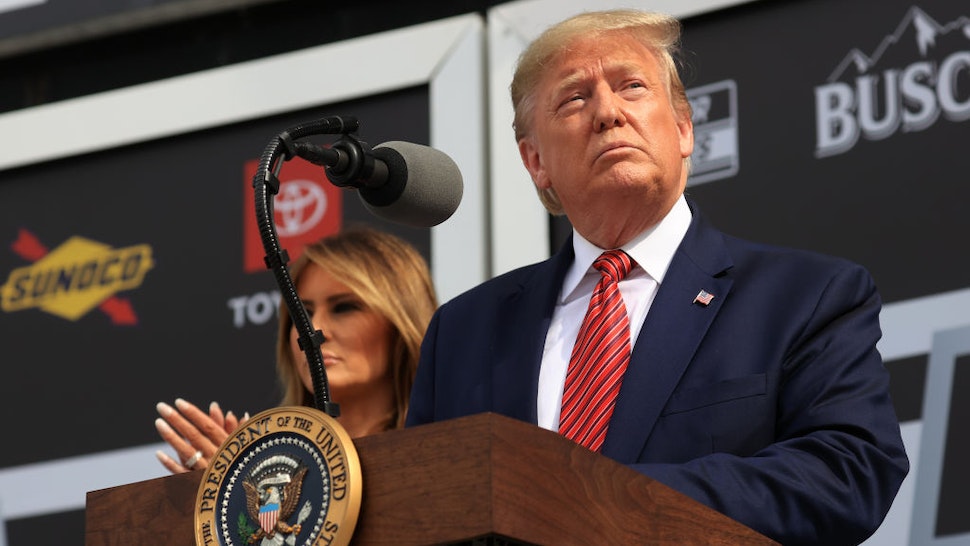 
President Trump issued a series of tweets Tuesday morning making the case for complete dismissal of the entire Roger Stone case — and worked in an all-caps threat about potential lawsuits in the process.

Trump’s social media posts come amid chaos with the Stone case that started last week when the four federal prosecutors working to get Stone behind bars all walked away from the case after they were strongly rebuked by the Department of Justice for leveling an “exorbitant and unwarranted” sentencing recommendation of seven to nine years in prison. The overly punitive sentencing, Stone’s defenders argue, are particularly egregious because his charges are simply process crimes stemming from an investigation into a Robert Mueller-debunked theory that the Trump campaign was “colluding” with Russia. 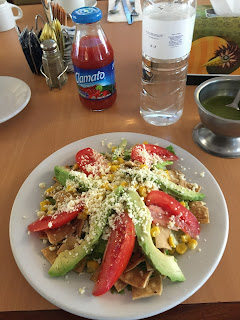 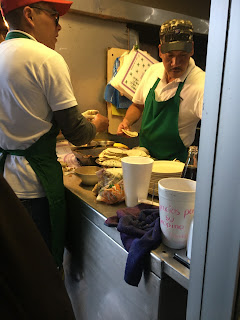 12 Pesos for a Taco and excellent. 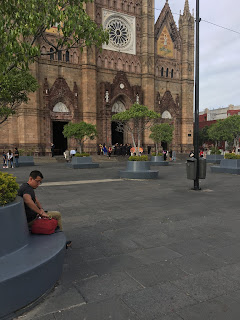 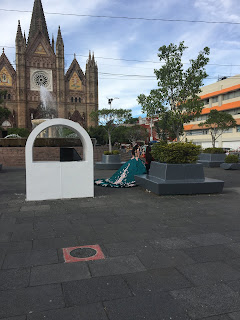 Every time I ask a Bride if I can take a picture, she says ask my Dad! :) So far, this is the best I have been permitted to take.:) 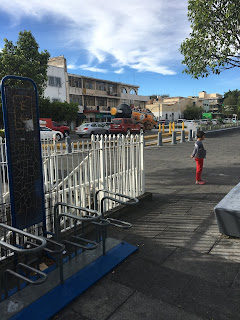 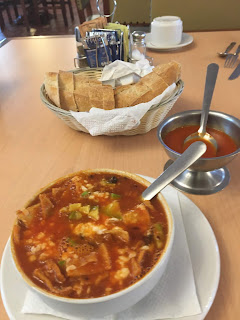 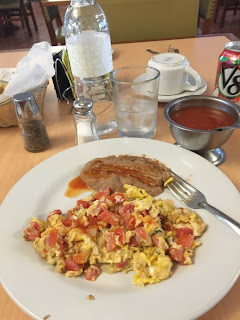 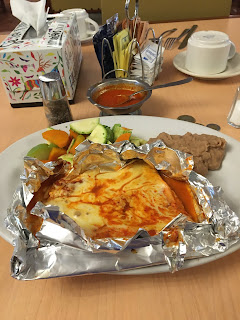 Fish fillet Isabel which is their signature and excellent. (Hotel Isabel) 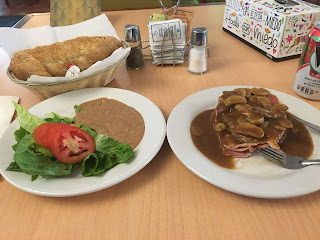 Fillet Mignon. Never had one like this and not my preference. My favorite is Chateaubriand which I first tasted in Saigon. 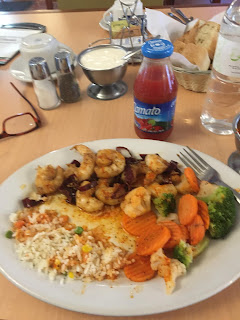 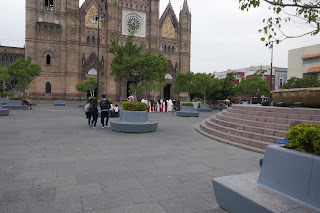 The church is of neo-Gothic style and is considered the greatest work of its kind in Mexico. Its construction began on August 15, 1897 and ended 75 years later in 1972. ( Walk by it most everyday.) 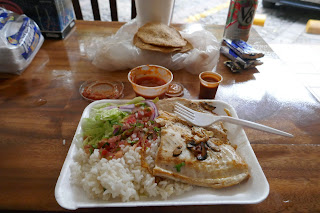 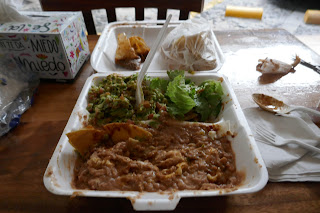 Last year below.
What Are The Odds?
Mainland Mexico
Posted by Brock Townsend at Tuesday, February 18, 2020 4 comments:

New J.E.B. Stuart Monument To Be Raised in Ararat, Va 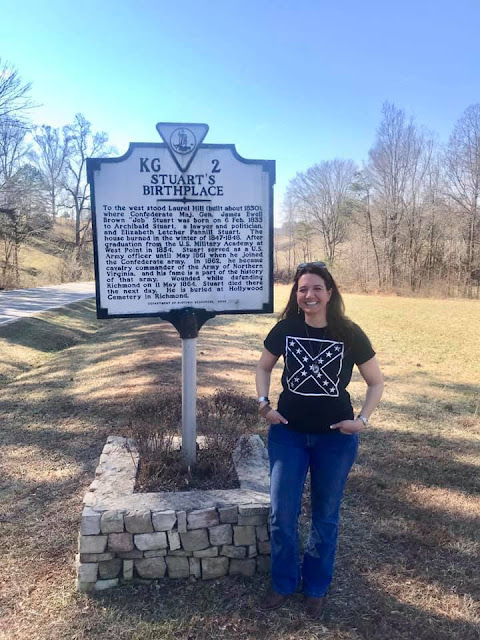 We are pleased to support our friends at J.E.B. Stuart Birthplace Preservation Trust in their efforts to erect a new monument at Laurel Hill. This is exactly how we should be responding to the disgraceful attempts to remove our memorials... raise more! We ask you to consider making a contribution to this worthy endeavor.


More @ The Virginia Flaggers
Posted by Brock Townsend at Tuesday, February 18, 2020 No comments: