He was in the garrison of Dien Bien Phu in Indochina with French paratroopers before the redoubt fell to the Vietnamese Communist guerrillas in the spring of 1954. According to a report in New York Magazine, he also was seen "wearing Israeli army fatigues and riding in the lead Israeli tank through the West Bank during the Six Day War."

De Borchgrave considered himself a friend of the historic Egyptian leader Anwar Sadat. He covered so many conflicts, acquiring a new uniform on each occasion, that he told Esquire Magazine in 1981 he had the "starched combat fatigues of 12 different nations" hanging in his closet ready to go.

De Borchgrave would return to Southeast Asia to cover America's ill-fated involvement in the Vietnam War. He visited Vietnam on seven occasions, including a 1972 trip to interview North Vietnamese Prime Minister Pham Van Dong. It was during the Vietnam War that his skepticism regarding the efficacy of U.S. intelligence and foreign policy grew more intense.

He would blame America's debacle in Vietnam on "clever disinformation by the enemy turning an American victory into defeat." He also became critical of the ability of the political establishment and the mainstream media to scrutinize story lines and information they were ideologically inclined to believe. It was a theme he would explore again and again in the years ahead. 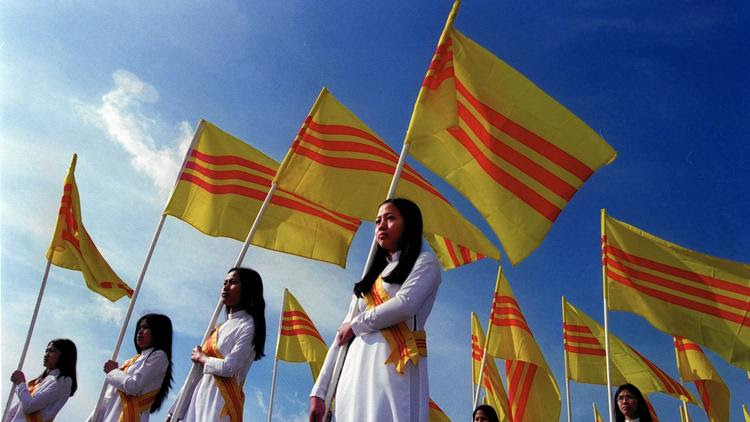 Glamorous pictures of brides and grooms adorn the walls of Benjamin Photography, but for the portrait artist, no image he's captured has seduced more eyes than the one of a yellow flag with three red stripes, waving in the evening wind next to a woman, her face angled in thought.

"See this? They tell me it captures a woman's love for tradition and for the spirit of her country," Westminster resident Benjamin Vu says. "This — this is Vietnam personified."

Although it disappeared from the flagpoles in Vietnam almost 40 years ago, the distinctive South Vietnamese flag is all but ubiquitous in Little Saigon, fluttering alongside the American flag at the Westminster civic center, hanging from shop windows on busy Bolsa Avenue and paraded along the streets during festive Tet celebrations.

They teased the release Sunday morning.

“Message Signed in Blood to the Nation of the Cross” is from the Islamic State’s Al Hayat Media – expect foreign fighter involvement.

By now, you may know that disgraced Oregon Gov. John Kitzhaber, a Democrat, was brought low this week by a scandal concerning his fiancée’s dealings with green energy groups.

You may not be aware, however, of exactly the extent to which Kitzhaber’s fiancée, Cylvia Hayes, is a corrupt, serial-marrying tree-hugger with a background of scandals galore.

The green energy scandal involved consulting and policy work conducted by Hayes. Reports have revealed that she was advising several state employees on energy policy while simultaneously receiving substantial payments from the Clean Economy Development Center — a direct and obvious conflict of interest.

The Day The Confederate War Stopped To Bury A Yankee Soldier


The Day The Confederate War Stopped To Bury A Yankee Soldier. The soldier, from Schenectady is a city in Schenectady County, New York, United States, of which it is the county seat, was buried in Saint Francisville, Louisiana during the Battle of Port Hudson. Union College students were here also. John E. Hart (about 1820 - 11 June 1863) was an officer in the United States Navy during the American Civil War.

Hart was appointed a midshipman 23 February 1841. He served on various ships of the fleet, and was appointed Lieutenant Commander July 1862. Commanding USS Albatross, Hart served in the West Gulf Blockading Squadron during the Civil War and engaged two Confederate steamers in the Red River near Fort DeRussey 4 May 1863.
Posted by Brock Townsend at Sunday, February 15, 2015 2 comments:

Mystery photo unseen for 30 years may be the only existing image of a submerged Civil War gunship... but no-one knows where it is 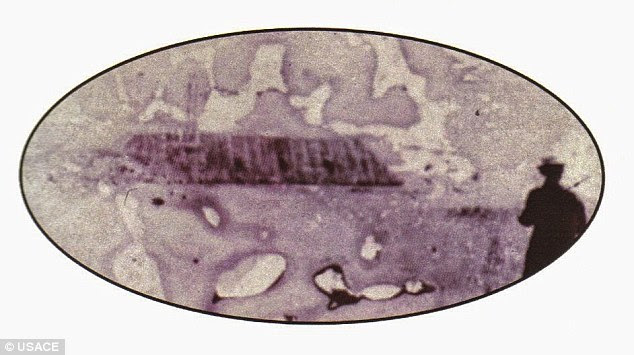 Archaeologists with the Army Corps of Engineers are searching for what may be the sole photograph of Civil War-era ironclad CSS Georgia as they salvage its remains from the Savannah River.

So far, the only person able to verify details about the photo is the man who found it at a yard sale in Georgia in the 1980s - John Potter.

Potter said he was looking through a collection of antiques at a home in Waycross when he stumbled upon a picture frame that caught his eye.

Cometh the Censor: Birth of What Will Prove a Short Siege 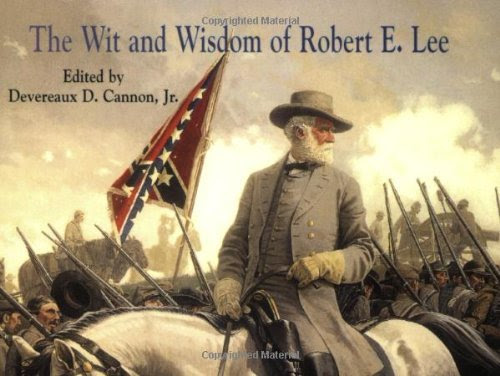 I see with no surprise that Washington is stepping up its campaign to censor the internet. It had to come, and will succeed.  It will put paid forever to America’s flirtation with freedom.

The country was never really a democracy, meaning a polity in which final power rested with the people. The voters have always been too remote from the levers of power to have much influence.

Yet for a brief window of time there actually was freedom of a sort. With the censorship of the net—it will be called “regulation”—the last hope of retaining former liberty will expire.

Over the years freedom has declined in inverse proportion to the reach of the central government.

(Robert E. Lee: “I consider the constitutional power of the General Government as the chief source of stability to our political system, whereas the consolidation of the states into one vast republic, sure to be aggressive abroad and despotic at home, will be the certain precursor of that ruin which has overwhelmed all those that have preceded it.” Yep.)


More @ Fred On Everything
Posted by Brock Townsend at Sunday, February 15, 2015 4 comments:

Saint Michael, the archangel of battle, is tattooed across the back of a U.S. army veteran who recently returned to Iraq and joined a Christian militia fighting Islamic State in what he sees as a biblical war between good and evil.

Brett, 28, carries the same thumb-worn pocket Bible he did whilst deployed to Iraq in 2006 – a picture of the Virgin Mary tucked inside its pages and his favourite verses highlighted.

“It’s very different,” he said, asked how the experiences compared. “Here I’m fighting for a people and for a faith, and the enemy is much bigger and more brutal.”

Thousands of foreigners have flocked to Iraq and Syria in the past two years, mostly to join Islamic State, but a handful of idealistic Westerners are enlisting as well, citing frustration their governments are not doing more to combat the ultra-radical Islamists or prevent the suffering of innocents.

No, we just don't have anything in common.

Suzanne Barakat, the sister of Deah Barakat, one of the victims of the Chapel Hill shooting said that there was “open season” against Muslims and placed part of the blame on the movie “American Sniper” on Friday’s broadcast of “The Lead” on CNN.

“The day of the murders, an assemblywoman from the state I live in used the hashtag “stand up against Islam” and it’s currently an open season, a time where it’s an open season against Islam, Muslims in Washington, Muslims in the general media dehumanizing Muslims in movies like ‘American Sniper,’ it’s incredibly inspiring right now to see that Deah, Yusor, and Razan’s love for their country is being reciprocated” she stated.

President Obama's foreign policy interview with Vox.com received far more attention than its domestic policy counterpart this week, but even though the domestic interview did not break any real news, it did provide Obama a forum to crystallize his case for "middle-class economics," which as the passage below shows, is really just all about government redistribution:

The earth mounds can turn up anywhere in the Lowcountry, it seems — odd-shaped crowns or crooked rows, a little too large and too strange to be natural.
They are haunts of the past.
Kevin Byrd was a kid playing in the West Ashley woods near the Ashley River when he came upon the first one to catch his eye, a circle of humps twice as tall as a man. He knew it was something but had no idea what. Even as an adult he keeps looking for it when driving past. He’s now 54 years old.

NC: Leases for wind turbines could come in 2016

CAROLINA SHORES, N.C. — The first leases allowing wind turbines offshore of the Carolinas are expected to be let next year although some still worry the massive turbines could harm tourism upon which coastal communities depend.

Concerns the turbines will spoil views from beaches surfaced again as about 200 people attended three hearings in recent days held by the federal Bureau of Ocean Energy Management.

The agency has issued a report that there appears to be no significant environmental impact to offshore wind development. It took public comment at hearings in Kitty Hawk, Wilmington and in Carolina Shores on the South Carolina state line.

The agency has identified three areas for potential leases. One is about 120,000 acres off the Outer Banks while the other two are tracts of 130,000 acres and 52,000 acres south of Wilmington and east of Myrtle Beach, S.C.

We have MILLIONS of rounds of XM855 green tip IN STOCK!
Posted by Brock Townsend at Sunday, February 15, 2015 4 comments:

Ukraine: DPR will not maintain ceasefire in Debaltsevo cauldron in case UAF attempt to break out

Posted by Brock Townsend at Sunday, February 15, 2015 No comments: 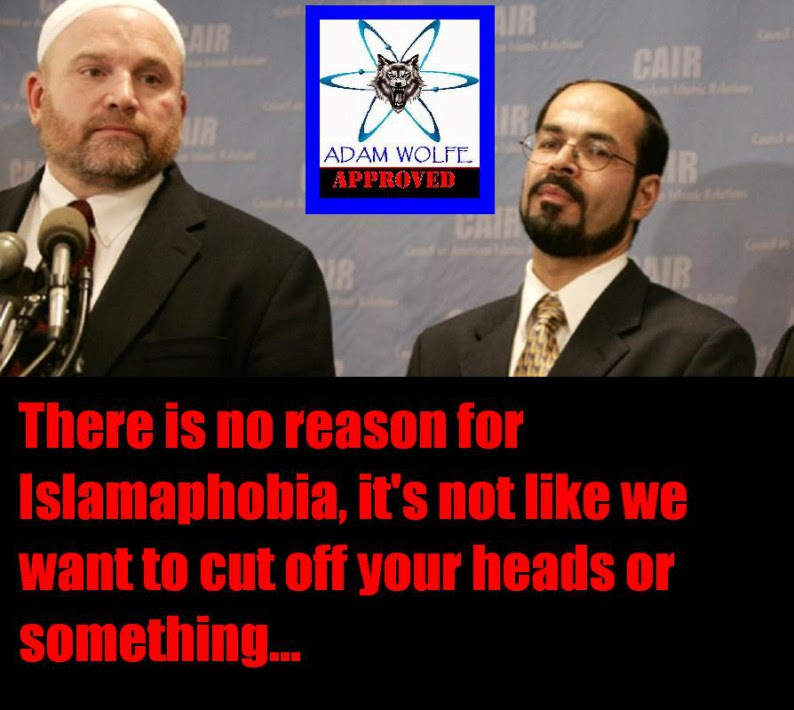 Turkey’s President Recep Tayyip Erdogan was not satisfied with what he perceived to be a lack of outrage on the part of Barack Obama over the shooting deaths of three Muslim students in Chapel Hill this week. While in Mexico, Erdogan expressed disgust over Obama’s failure to adequately address the issue as an anti-Muslim hate crime. Indications are that if this was a hate crime, it was committed by an angry liberal atheist against three members of a racist, anti-semitic Muslim Brotherhood front group.

Nonetheless, it didn’t take long for Obama to jump, after Erdogan told him how high he wanted him to.