Beer brewing in Mexico has a very long tradition, and what would surprise most people is that it is mostly influenced by German and Austrian techniques.

These were introduced by immigrants in the 19th century, resulting in many of Mexico’s top beer brands still using these techniques today.

Our team here at 52 Brews often meets up at a local Mexican restaurant after work to partake of the incredible food, soak in the culture, and of course, enjoy one or more glasses of cold cerveza.

Over the years we have been able to find some truly refreshing and amazing flavors, so we decided to put together this guide with a list of the best Mexican beers we have tasted.

The list has been voted on by our team, which makes it the best and most reliable source of Mexican beer brands you’ll be able to find anywhere (of course we say that with just a little bias).

See if you can find your new favorite tipple here.

I have often wished this

California and several other states are considering measures that would end the biannual clock changes between standard and daylight saving time.

What So Many Americans Find So Appealing About Retiring To Ajijic / Lake Chapala, Mexico 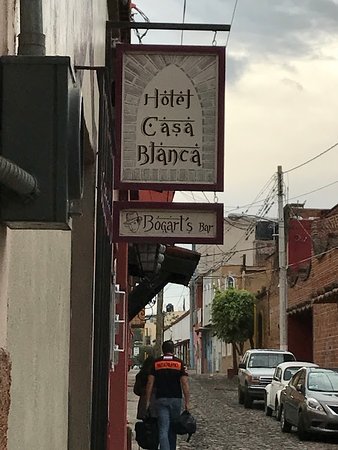 The owner shows the film in the bar when requested.

Are you one of those people who experience tranquility when surrounded by moderation coupled with stunningly low prices? (Not compared to Vietnam which is cheaper by about 250%) If so, you’ll find lots to like about the Ajijic / Lake Chapala area in Mexico.

(Short interlude for the geographical and etymological purists among us: Ajijic-- pronounced “Ah-hee-heek”-- is a little town on the shores of Lake Chapala, about an hour south of Guadalajara, with lots of expat Americans and Canadians.  While there are several other towns around the lake where expats live, for sake of simplicity and because Ajijic is the best known, for this article, we’ll just refer to the whole area as Ajijic.  Now, back to our discussion.)

Virtually everything about Ajijic is moderate and pleasant.  For example:

Trump Jr. defends Carlson: 'This is how to handle the outrage mob'

Donald Trump Jr. defended Tucker Carlson on Monday, saying he was standing up against the "outrage mob," after the Fox News host sparked controversy for comments he made from 2006-2011 to a shock jock radio host.

The support from the president's son comes as Carlson faces calls for a boycott of his show, with #BoycottTuckerCarlson trending on Twitter.

The controversy was sparked after Media Matters released audio clips of Carlson on Sunday featuring some of his appearances on a radio program hosted by "Bubba the Love Sponge," whose real name is Todd Clem.

If You Were Donald Trump, You Would Have Quit By Now

On June 16, 2015, Donald Trump came down the escalator at Trump Tower in New York City, to let the country know he was running for president. This declaration meant he was essentially giving up his billion-dollar companies, wealthy lifestyle, and time with his family. With nothing to gain and all to lose, then candidate Trump set to help repair our country’s image and direction.

The day before he announced his run, Trump was a well liked figure in the media and had close associations with many other celebrities and athletes. That all changed on June 16th. The same friends who would have gladly attended his wedding, mingled at Mar a Lago, or appeared on ‘The Apprentice’ soon made part-time careers out of attacking him publicly. Very few would stomach this desertion, they would take back their words in order to preserve their status, but not Trump.

"Oh Wow" More to dying than meets the eye

A Party of Disunion and Thievery

“Fallon’s book examines 10 volumes of collected writings and speeches of Lincoln’s, which include passages on slavery, secession, equality of blacks and emancipation. We don’t have to rely upon anyone’s interpretation. Just read his words to see what you make of them.”
— Walter Williams

Fielding their very first presidential candidate in 1856, the new Republican party was responsible for breaking up the 1789 federation of States only four years later – it was indeed the party of disunion. With conservative Southerners gone from Congress in 1861, the Republicans began dismantling the Founders’ republic and ushered in America’s “Gilded Age” and pursuit of empire. This new America would be “despotic at home and aggressive abroad” as Robert E. Lee famously remarked to Lord Acton shortly after the war ended.
Bernhard Thuersam, www.Circa1865.org   The Great American Political Divide

A Party of Disunion and Thievery

Lincoln waged war on the South, however, to achieve more than preservation of the status quo. War was the means to establish the North’s hegemony over the political and economic life of the United States. War offered Lincoln, his party, and Northern special interests a continental empire to exploit. And they did so with ruthless abandon. In the North, Lincoln’s Congress imposed excise taxes on virtually all items; raised the protective tariff to the highest level in the country’s history (under the Morrill Act of 1861); issued paper currency (Legal Tender Act of 1862); awarded Northern railroad companies government loans and extensive land grants (Pacific Railway Act of 1862); unilaterally repealed Indian land claims; promoted settlement of western lands by Northerners (Homestead Act of 1862); effectively “nationalized” the country’s financial institutions (National Banking Acts of 1863 and 1864); and furnished Northern business with cheap labor (Contract Labor Law of 1864).

In the South, Congress authorized the theft of tens, if not hundreds of millions of dollars, worth of Southern property (Confiscation Acts of 1861 and 1862, Direct Tax Act of 1862, and Captured and Abandoned Property Act of 1863). The cotton, alone, that the North stole has been conservatively valued at $100 million.

This legalized robbery was in addition to the plundering by Lincoln’s Army. In December 1864, Sherman wrote: “I estimate the damage done to the State of Georgia . . . at $100,000,000; at least $20,000,000 which has inured to our advantage, and the remainder is simple waste and destruction.”

With Lincoln came the wholesale corruption of the political system. In 1864, Edward Bates, Lincoln’s attorney general, lamented that “the demoralizing effect of this civil war is plainly visible in every department of life. The abuse of official powers and thirst for dishonest gain are now so common as they cease to shock.”