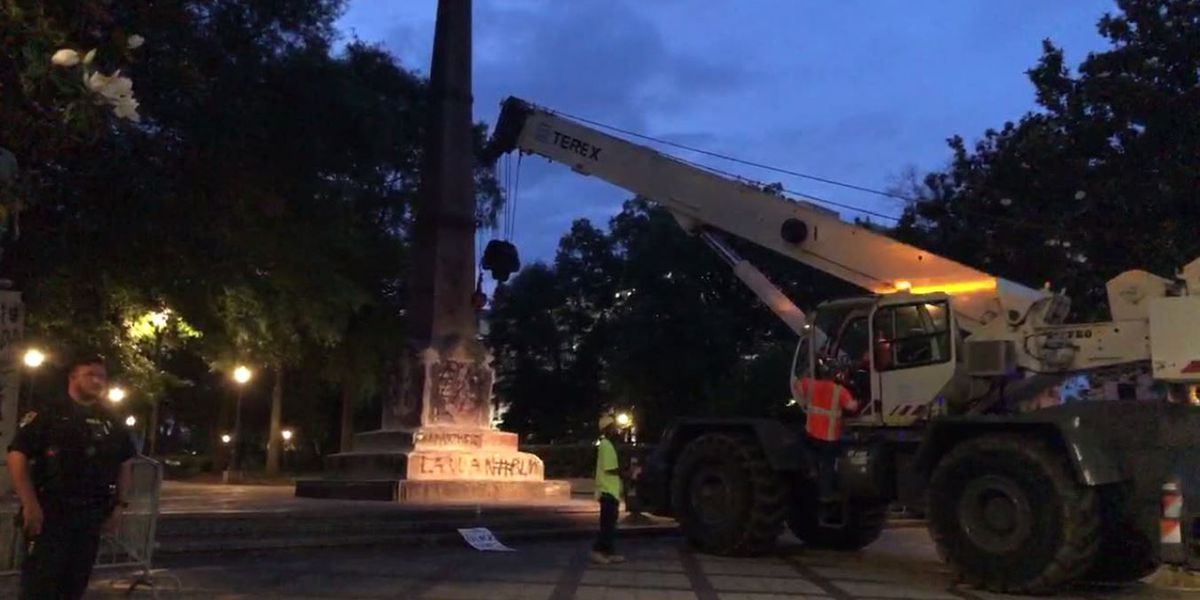 Attorney General Steve Marshall has filed a new lawsuit against the City of Birmingham for its removal of the Confederate monument in Linn Park.


Marshall said taking the historic monument down is in violation of the Alabama Memorial Preservation Act.

The lawsuit seeks additional penalties after the City lost a similar lawsuit filed by the State in 2017.


The Memorial Preservation Act was passed in 2017 by the Alabama Legislature to protect architecturally significant buildings, memorial buildings, memorial streets, and monuments located on public property for 40 or more years. The Act specifically charges the Attorney General with the duty of enforcement.

I Watched Antifa Grow, Let Me Warn You About These Terrorists

I absolutely knew the Antifa attacks would come one day.

We may have virtually met; it has been the greatest honor of my professional career to guest host for Rush Limbaugh on multiple occasions. My show prep for Rush’s program, and my own in Seattle, always include Legal Insurrection–as a reader, you know why.

When Professor Jacobson granted me the great privilege of writing here, I did not know it would come as my childhood home, the birthplace of my own child and my neighborhood of twenty-five years was being destroyed, partly by Antifa.

On Monday, Nickelodeon suspended its programming to air a message that simply read "I CAN'T BREATHE" for eight minutes and 46 seconds, accompanied by the sound of a person breathing.

The message called attention to Minneapolis man George Floyd's death. Floyd died while in police custody after an officer -- since-fired Derek Chauvin, who was later charged with third-degree murder and second-degree manslaughter in Floyd's death -- kneeled on Floyd's neck for eight minutes, moments that were captured on cellphone video.

In the footage, Floyd repeatedly said "I can't breathe" while being knelt on, and the words have been echoed by protesters in the days since.

The network also offered a "Declaration of Kids’ Rights."

Where is the media outrage on these deaths and shootings All Americans were rightly sickened by the brutal death of George Floyd in Minneapolis last week, President Trump says. “My administration is fully committed that, for George and his family, justice will be served. He will not have died in vain.”

Four days ago, another African-American man was killed, this time gunned down while standing outside the Ronald V. Dellums Federal Building and U.S. Courthouse in Oakland, California.

Dave Patrick Underwood isn’t a household name. His death didn’t make nearly as many headlines. But his life mattered, too, and his murder should sicken every American.

Underwood was a law enforcement officer in the Federal Protective Service. He and a colleague were standing guard when the gunshots came, killing Underwood and sending his fellow officer to the hospital in critical condition. Oakland’s interim police chief says the shooting was most likely an attack that deliberately targeted uniformed officers.

All across America, violent domestic terrorists have exploited the real hurt and pain felt by thousands of peaceful protesters. The need to save innocent lives and protect our most vulnerable communities from these criminals should be obvious to every peace-loving citizen. Yet media talking heads and opportunistic politicians would rather keep exploiting fear instead of solving the problem and restoring order. That’s unacceptable.

“If a city or a state refuses to take the actions that are necessary to defend the life and property of their residents, then I will deploy the United States military and quickly solve the problem for them,” President Trump said in an address last night.

Ending domestic terrorism shouldn’t be a partisan issue that Democrats leave to Republicans. Neither should loudly supporting the thousands of decent, brave law enforcement officers who put themselves on the line every night to keep us safe.

Violence against police officers is an affront to everything America stands for. Stories about the assaults against them over the past week need to be told, even if corporate media executives decide that it isn’t the “right” narrative to push:


How does any of this help our nation heal from the tragedy in Minnesota?

It doesn’t. No American, from any community, should ever feel unsafe on our streets—and that includes those who risk their lives to protect us. The rule of law applies to everyone, from bad cops who abuse their power to violent rioters who attack the police.

President Trump wants justice for all, with no exceptions. The actions he announced last night will bring order to our streets and get us closer to making sure that happens.

Vox chooses to lie about the President instead of shining a light on violence.

A statue of Confederate General Robert E. Lee was knocked off it's base in Montgomery and a statue of a Confederate soldier in Mobile was vandalized, both around the same time Birmingham city crews were removing a Confederate monument downtown Monday night.

Four people were charged with criminal mischief in the toppling of the statue in Montgomery, that was in front of a public high school.

WRSA: "That Would Be Called An "Indicator"

That Would Be Called An "Indicator"

One of the early goals of all Red revolutions is the seizure or destruction of all information distribution outlets.
There is only one truth to the Communist: that day's party line.
Woe unto those who do not adhere.
The second iteration of the Western Rifle Shooters Association (WRSA) blog, hosted by Wordpress, was nuked today.
While it is a loss, it was a deliberate sacrifice of a player to increase situational awareness.
The Reds are on the move.
The prize is the former United States of America.
The Red cares not about race, except to the extent it can and is used to befog the naive about the Party's real goals.
WRSA was, first and always, a freedom advocacy site.
It was shot out of the saddle today by an arm of the Communist enemy propaganda machine.
Their attack did not kill WRSA.
Nor did it kill a single one of its followers.
The totalitarian bastards really can't stop the signal.
Take heart, not just in this tiny skirmish but in the overall struggle to save the West, from WRSA's final masthead:

"This is only the beginning of the reckoning. This is only the first sip, the first foretaste of a bitter cup which will be proffered to us year by year unless by a supreme recovery of moral health and martial vigour, we arise again and take our stand for freedom as in the olden time.”
― Winston Churchill 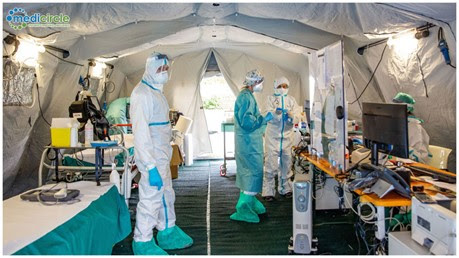 Germany’s federal government and mainstream media are engaged in damage control after a report that challenges the established Corona narrative leaked from the interior ministry.

Some of the report key passages are:

- The dangerousness of Covid-19 was overestimated: probably at no point did the danger posed by the new virus go beyond the normal level.
- The people who die from Corona are essentially those who would statistically die this year, because they have reached the end of their lives and their weakened bodies can no longer cope with any random everyday stress (including the approximately 150 viruses currently in circulation).
- Worldwide, within a quarter of a year, there has been no more than 250,000 deaths from Covid-19, compared to 1.5 million deaths [25,100 in Germany] during the influenza wave 2017/18.
- The danger is obviously no greater than that of many other viruses. There is no evidence that this was more than a false alarm.
- A reproach could go along these lines: During the Corona crisis the State has proved itself as one of the biggest producers of Fake News.

So far, so bad. But it gets worse.

Las Vegas: Rioter Shoots Police Officer in the Head from Behind 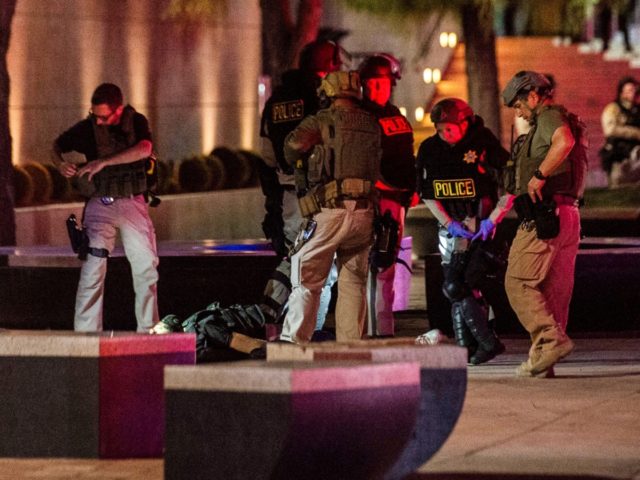 Las Vegas Sheriff Joseph Lombardo told a press briefing an officer was shot around 11 p.m. Monday night and is in critical condition and on life support at University Medical Center.

Lombardo said officers were dealing with a large group of rioters at a George Floyd protest near the Circus Circus hotel-casino when the officer went down.

westernrifleshooters.wordpress.com is no longer available.

This blog has been archived or suspended in accordance with our Terms of Service.
For more information and to contact us please read this support document.
Posted by Brock Townsend at Tuesday, June 02, 2020 14 comments: 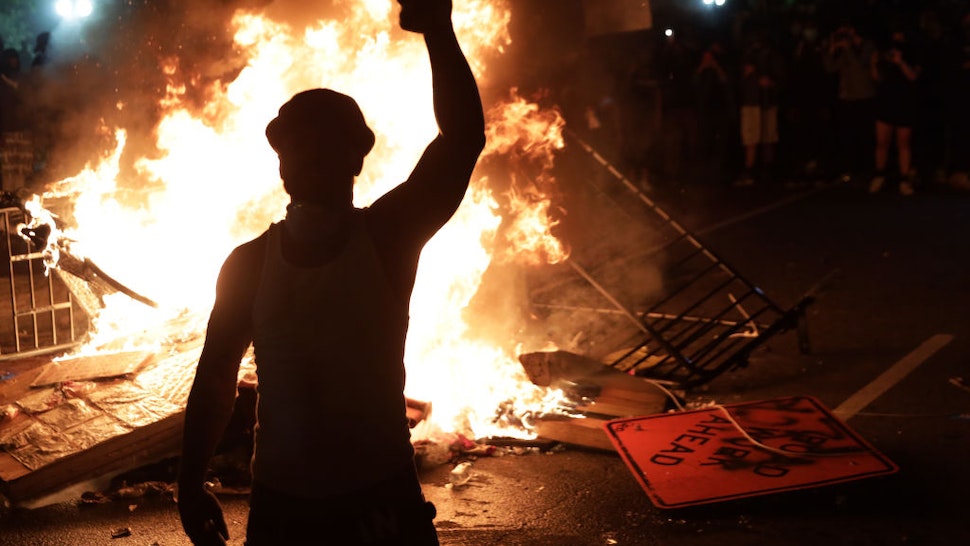 On Saturday, Richmond Police Chief Will Smith was overcome with emotion detailing one of the worst acts of violence carried out in the city during the previous night’s rioting, ostensibly over the death of George Floyd.

According to Smith, rioters set fire to an occupied multi- residence with a child inside, then repeatedly blocked firefighters’ access to the scene.

Thankfully, officers found a way to secure access and saved the family, including the child. 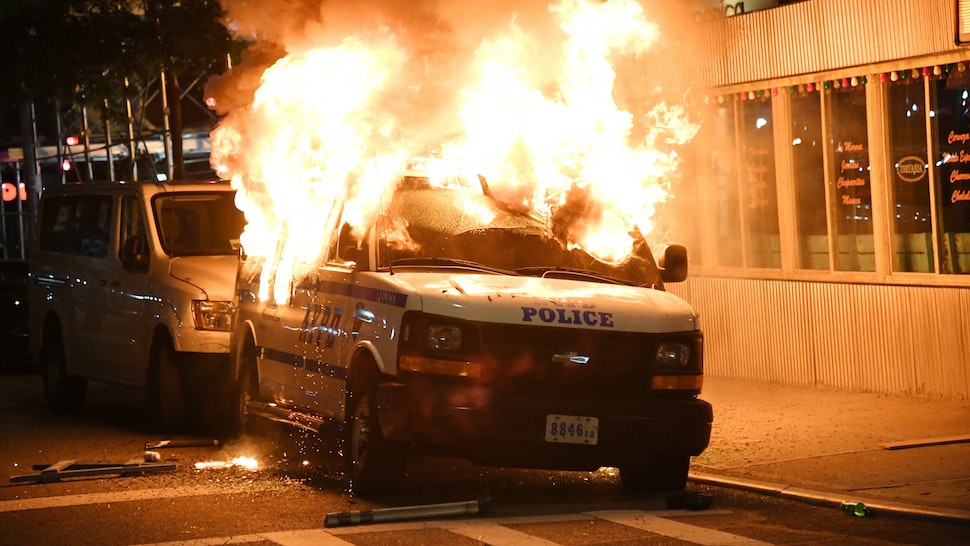 At least one big-city mayor is now calling on the federal government to investigate what appears to be an “organized” effort to foment unrest and engage in rioting, as security experts in other cities discover evidence that many of the weekend’s violent incidents may have been pre-planned and coordinated.

In Chicago, mayor Lori Lightfoot told media Sunday that she believes there is “strong evidence” of an organized effort to use the weekend’s anti-police brutality protests as a cover for violence, Crain’s Chicago Business reports, and said the city is speaking with at least three Federal agencies about a possible joint investigation.

Florida Sheriff Tells Looters His Message To Residents: ‘I’m Highly Recommending They Blow You Back Out Of The House With Their Guns’

Trump is right: Antifa is a terrorist group. It always was 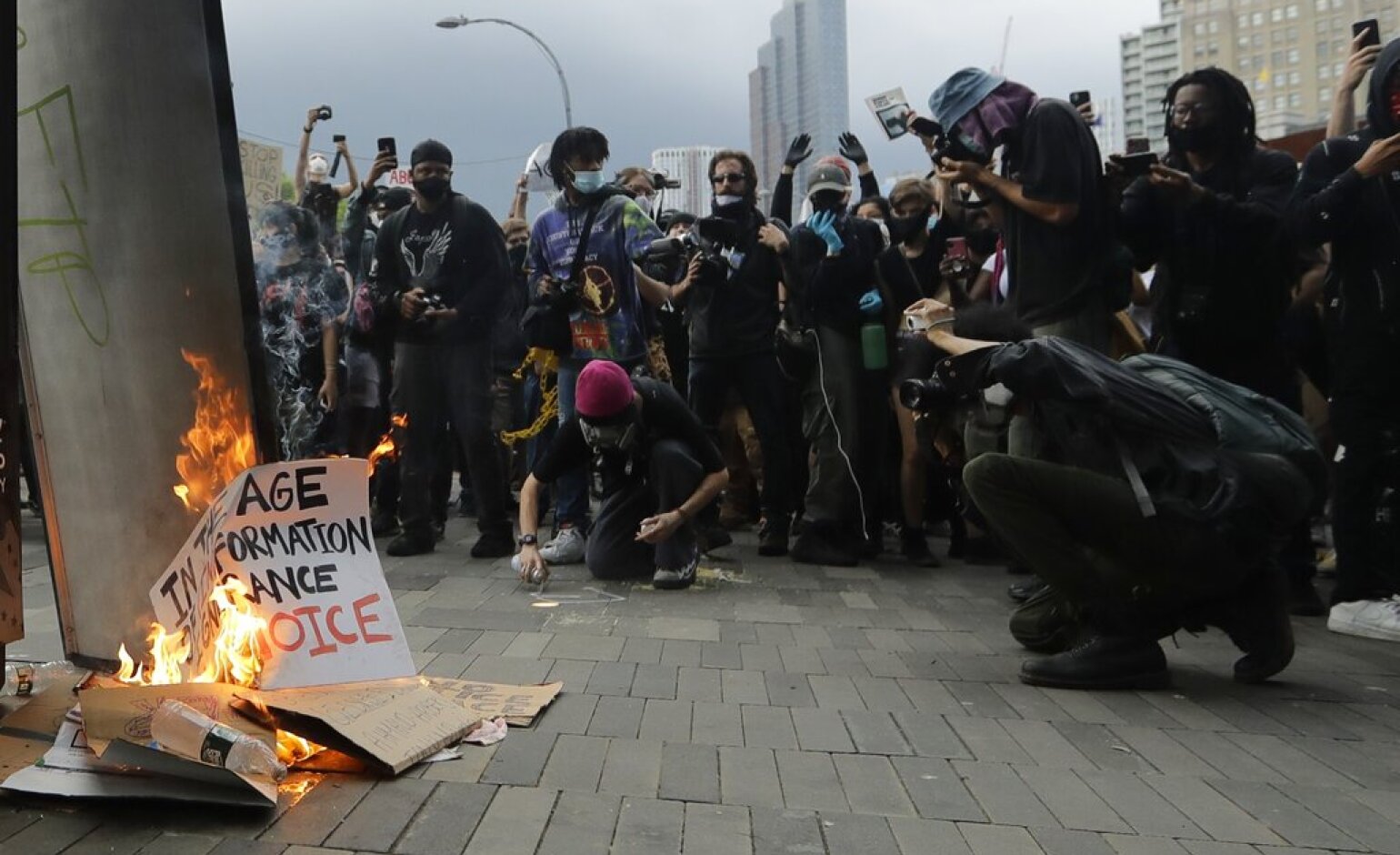 The term “anti-fascist” began as a lie. It remains a lie today.

Clueless commentators, ignorant of its history, have been known to refer to the "antifa" movement as “strictly principled anti-fascists” or a group that “protests fascism.” In fact, this is a movement of violent extremists whose philosophy traces back to the early 20th century.

The riots now raging in U.S. cities are not about police misconduct. They haven’t been for many days. The senseless and callous police killing of George Floyd inspired peaceful protests at first, but now, it has become an excuse for a troupe of professional revolutionaries and marauders. They use these incidents in order to flex their muscle and test how far their impressionable recruits are willing to go in breaking the law, as Jared Monroe discovered upon infiltrating one such group in Utah.

Via John via The Gateway Pundit


A south Philly gun store owner shot and killed a looter trying to get into his store early on Tuesday morning.

Looters attempted to break into the same store the previous night.

So the owner of Firing Line, Inc. stayed at the store last night and was waiting when the looters came back to his store.

This time when the looters broke in and pointed a gun at the store owner he blasted them with an AR15.

The looter died in his parking lot with his gun found between his legs.